We're tucked up in our caravan again tonight after a lovely weekend at Barwon Heads.  We both have a cold - brought back from New Zealand by Mick.  I was glad we were away with our sore throats and runny noses because if we'd been here Mick would have felt like he had to keep doing chores no matter how awful he felt.

We go to Barwon Heads for our birthdays nearly every year and stay in a lovely little converted boat house that overlooks the pier and the water.  We took our time getting down there on Friday, making a stop along the way at The Mill antique market in Geelong.  It was the most enjoyable hour or so wandering around looking at all the stuff.

The owner is a keen collector of vintage enamel signs, something that Mick also enjoys collecting but on a much smaller scale.  The signs on display at The Mill are not for sale but we love looking at them all - thousands, or more likely hundreds of thousands, of dollars worth of collection.  We've had a policy lately of not buying anything that we don't actually need right now (it'll only go into storage!) but we broke our rule and bought one small embossed tin sign advertising "Electrine Candles".  There were many other items we would have carted home with us under different circumstances but not now.  We haven't been antiquing for a very well over a year and it reminded me of how much we love trawling through old things like that.  It gives us something to look forward to when we return from England because we'll have a different house to decorate.

The weather was pretty awful on Friday so it was nice to reach the boat house and crank the heating up.  We had a delicious dinner at a little deli after a walk along the beachfront (rugged up with coats and scarves of course).

On Saturday after breakfast at the restaurant on the pier, we went for a drive along the Great Ocean Rd to Apollo Bay.  I wanted to make a stop at Wye River, where I'd spent many childhood holidays camping on the foreshore.  It's changed of course.  Waterfront property is absurdly priced in Victoria now and modern waterside houses have cropped up all over the place.  The general store has had a trendy facelift and the caravan park on the inland side of the ocean road has also changed beyond recognition.  It's very pretty!

We then did something else from my childhood - something that has also changed beyond recognition.  Just a few kilometres past Wye Rive is Kennett River.  On our annual camping holidays we would go for a drive in the evening up the road behind the caravan park there to look for kangaroos and koalas.  It's easy to see kangaroos in the wild in Australia (they jump out in front of your car if you drive in rural areas!) but koalas are another matter altogether.  They are particular about the type of gum they eat so you don't find them just anywhere.  Mick had never seen a koala outside a sanctuary so I thought it would be a good thing to do.

We turned off behind the caravan park and there were a heap of tour buses parked there!  The road was crowded with Japanese tourists!!  They were all busy pointing up a tree and taking photos so obviously they'd spied a koala.  We nudged our way through the crowd in the car and drove further up the road and away from them.  There was a long section of road where the trees were absolutely stripped bare.  I had read about this some time ago that koala numbers were more than the local area could handle, despite their endangered status.  We continued on and the condition of the gums improved.  Before long we started spotting them - a good 6 or 7 in the short stretch we drove.  It was a shame I didn't have my camera with me because my phone doesn't take the best photos.  A couple of them facing away from the road were busy chewing on their gum leaves and the one that we got the best look at was doing what they do best - sleeping.

We had another peaceful night and a relaxed start to the day today.  It will be back to work tomorrow after a lovely couple of days away.  Just what the doctor ordered. 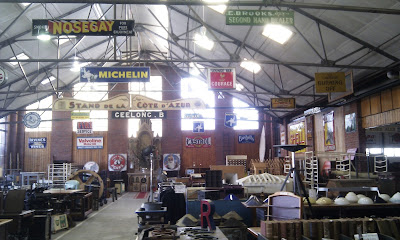 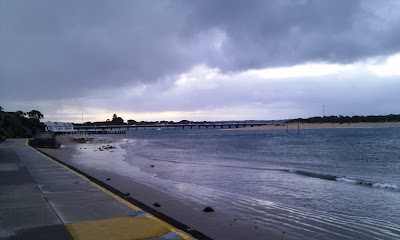 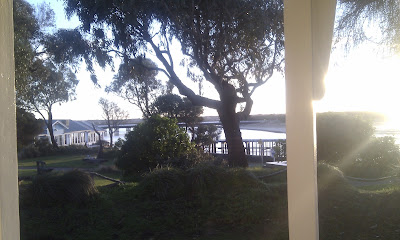 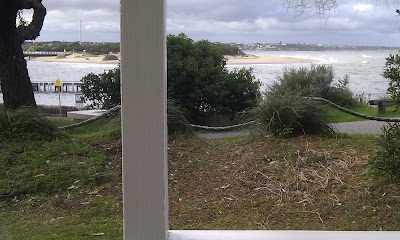 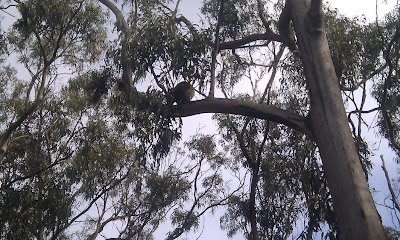