A problem with wind

There were dire weather warnings last night of huge storms and flooding in some coastal areas.  This seems to be the UK equivalent of our bushfire warnings.

The red sky in the morning proved to be an accurate warning. We didn't have a storm here but the wind was unbelievable. The boat was buffeted about. I took a couple of loads of washing up to the laundry to dry in the huge dryer and when it came time to check on it there was rain being whipped around. I put on my waterproof coat and headed off.  The wind was a bit scary. The gusts were so strong I feared I'd fall off the pontoon! When I opened the gate to get out the wind snatched it from my hand.  The marina surface which is often still and placid was a mass of choppy waves.

I watched one of the share boats come in. They came in the entrance quite fast to try and keep control of the boat. Their couple of attempts to reverse onto their pontoon left them blown well beyond so they went out onto the canal again and back round to the entrance.  This time they made straight for their pontoon and just went in forwards and fast. Wind and narrowboats just don't mix well.

While I was up in the marina laundry the wind got so strong I thought it was going to blow over the enormous Christmas tree at the front of the marina!

Tonight's news is full of tales of woe. The German Christmas market was closed after the roof on one of the stalls blew off, a plane attempting to land at Birmingham was blown side on to the runway and the pilot had to abort the landing attempt. After trying once more they were diverted to Gatwick.  There are waves crashing over roads in some coastal areas. Scotland seems to have copped it the worst.

We had a problem getting the washing machine to go the other day but it seems we've discovered the problem. We get a bit blasé with power in the marina but we can't be leaving everything else switched on and expect the inverter to run the washing machine.  Today with only essentials left on the machine worked faultlessly on a warm wash. Excellent. 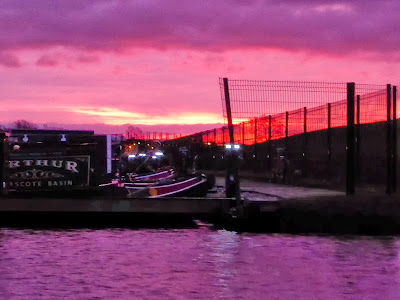 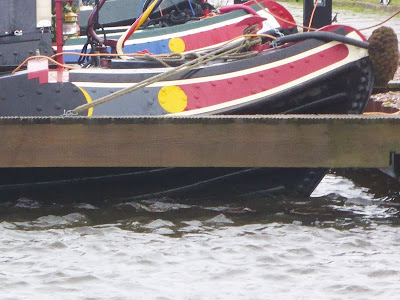 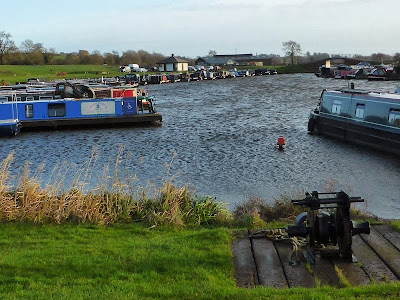