I was up early this morning and went for a walk around the village while the residents slept.  I quite like it getting light so early and it's a nice little village to stroll around.  It still grabs my attention when there's a driveway between a couple of houses and when you look down there's a courtyard of barns converted into housing.  It just doesn't happen in Australia.  And then around the corner, a house with "1733" in the brickwork.  We don't see anything dated that far back at home either.  I keep seeing things that remind me that I'm going to miss England.

When I got back Mick was preparing breakfast so we were off a little earlier than normal. I worked again while we cruised, called out occasionally by the "door bell" for a cushion, a coffee, and then help to pull in a boat that appeared to be cast adrift.  As we tried to moor behind it a lady appeared at the bow.  We couldn't hear what she was calling out but it eventually became clear that her husband had fallen in.  They had hired the boat and were at a total loss as to what to do.  The boat was by this time, totally blocking the canal with him in a life ring clinging to the bow over by the shrubbery on the offside.

We couldn't get Parisien Star in close to the bank, it was too shallow.  We managed to get the stern near enough to jump off and between us got their boat towards the bank.  It's not easy to pull a boat in using the centre rope when it's across the canal like that.  I pushed the stern out as Mick got the bow moving towards the bank.

We didn't dare let the bow come too close with the fellow in between but convinced him to let go and get himself to the bank.  I don't think he realized he'd be able to stand up so easily.  What followed might have been funny under other circumstances.  He couldn't get the life ring off by pulling it up so had to wallow in the water to pull it down over his hips.  He wasn't a small man and not a young man either.  Mick managed to haul him onto the bank which wasn't very elegant.  At first I think he really would have rathered we just go away now.  His wife convinced him they needed help to tie the boat up so he could get dry and have a cup of tea.  I think he was a bit shaky and definitely a bit embarrassed with his clothing falling off him with the weight of the water saturating them.  Mick told him to stay put on the stern and he would secure the boat.  Reality had started to set in by then as he dripped water everywhere and he was rather grateful.  We left them feeling a bit better and calling out thank you's to us until we were out of earshot.

I tried to settle back to my work but glanced out as we passed a moored boat called Kookaburra.  Goodness, I can't wait to hear them "laughing".  I've missed them.  We had them nesting in the tall gums at the bottom of our property one year and it was so lovely.  Every day we heard them.  I'm looking forward to hearing the magpies too.  The English ones look prettier but the Australian ones most definitely sound nicer.

We moored for the night back at Crick.  An hour or two later, the hire boat with the fellow who had fallen into the canal came by.  He said he was still drying out but was ok.  We watched them cruise by with him in his socks.  I'm thinking perhaps they only brought one pair of shoes for their boat hire holiday.

Other photos from today include one of the worst paint jobs I've seen on a boat.  Perhaps they never quite mastered the art of colouring inside the lines! 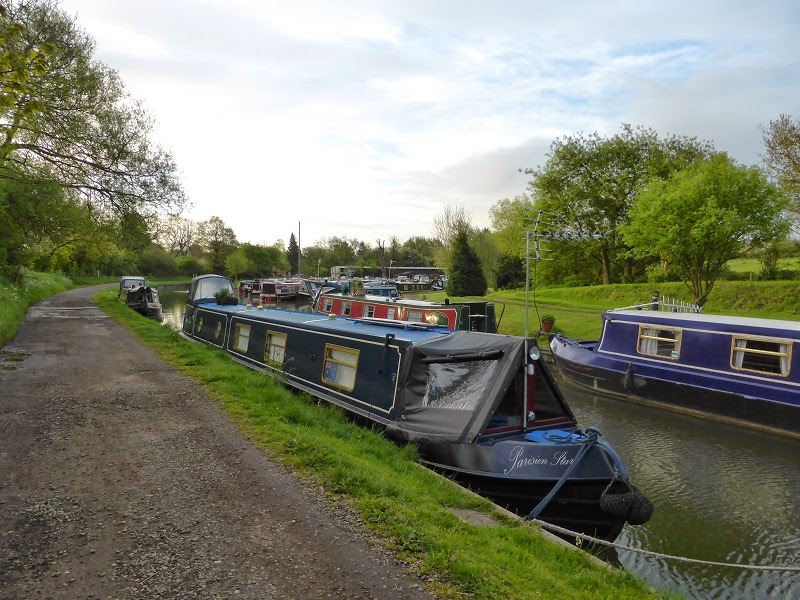 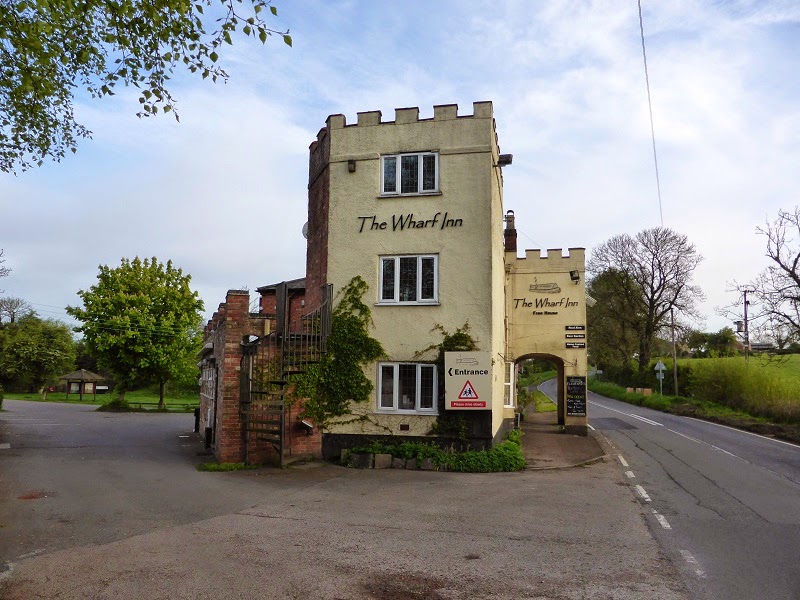 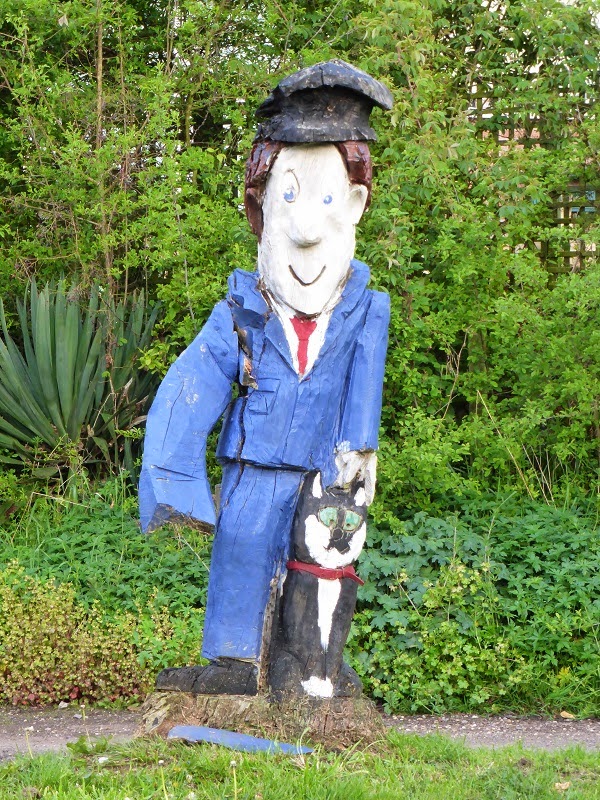 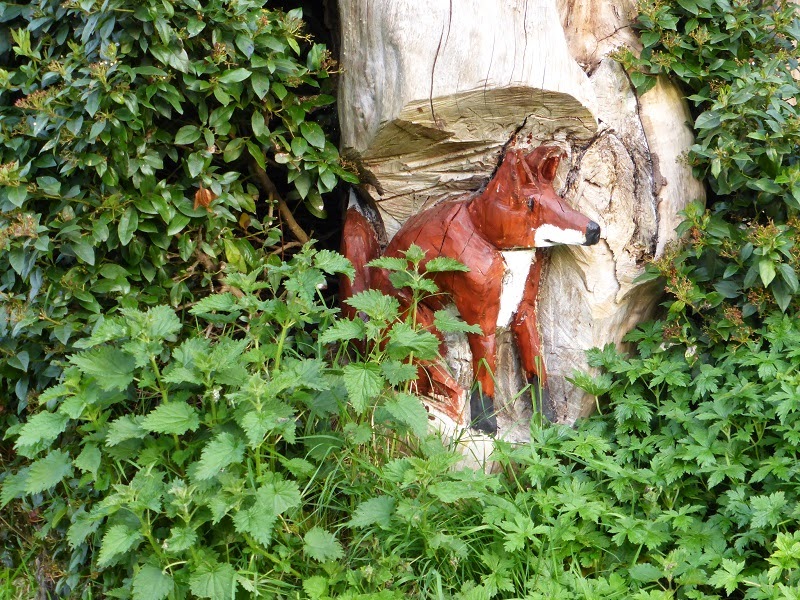 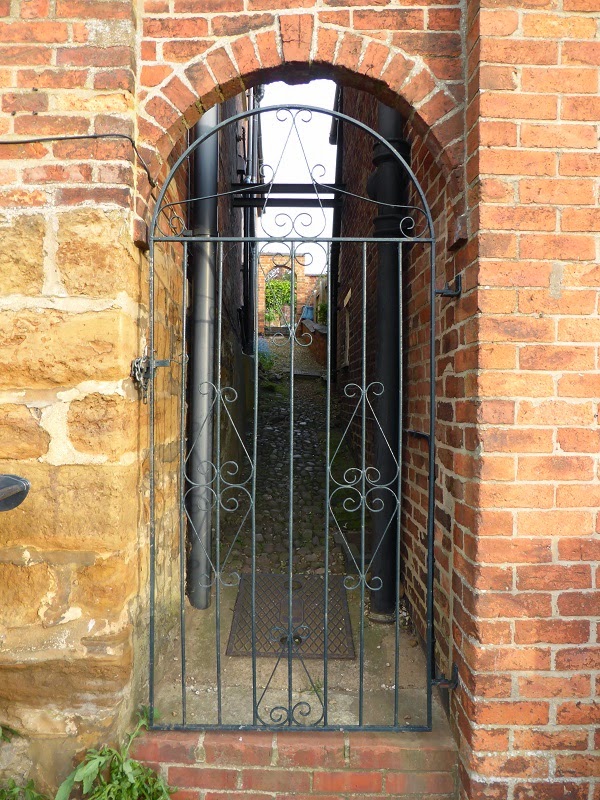 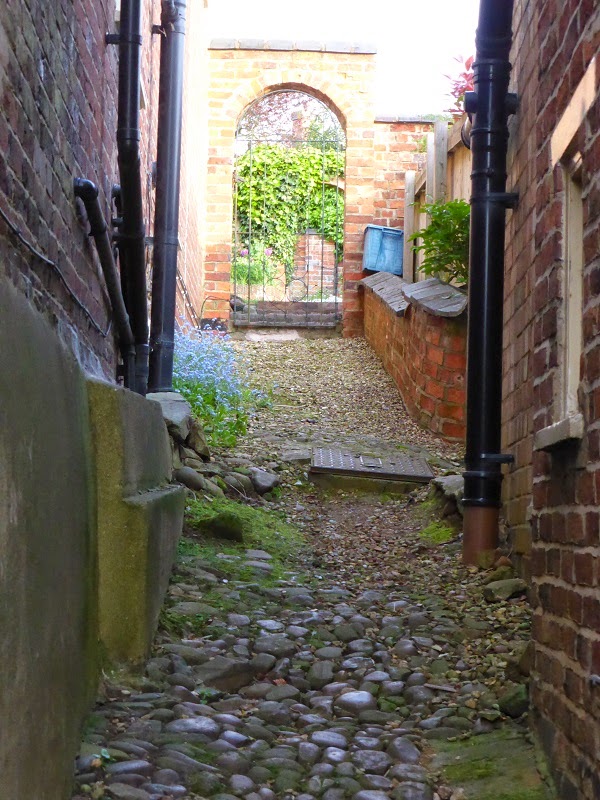 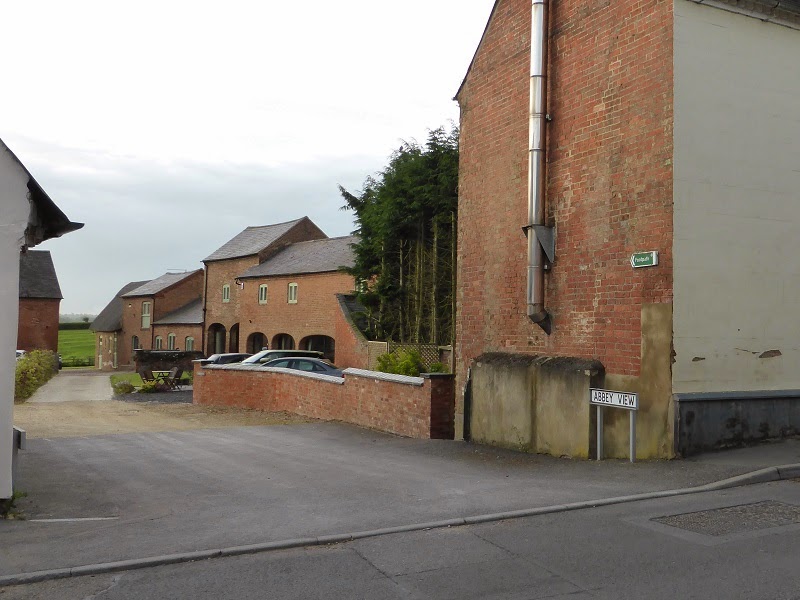 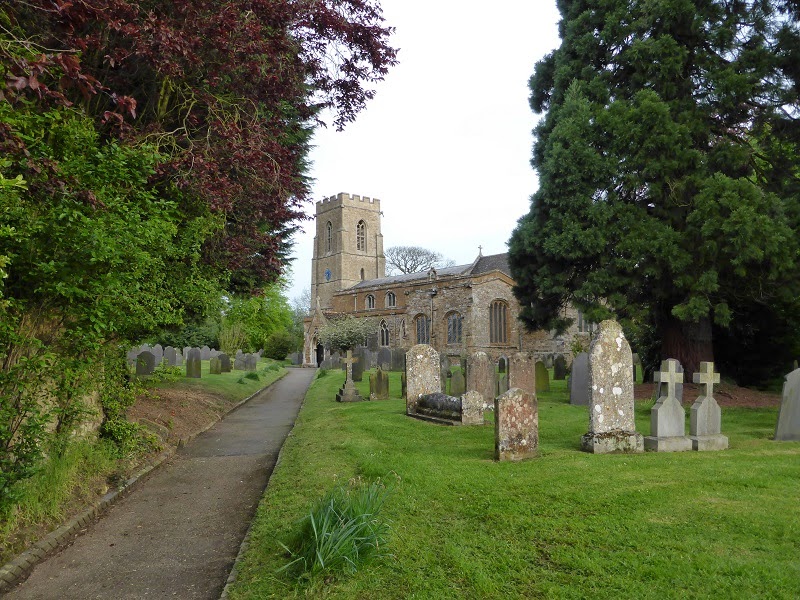 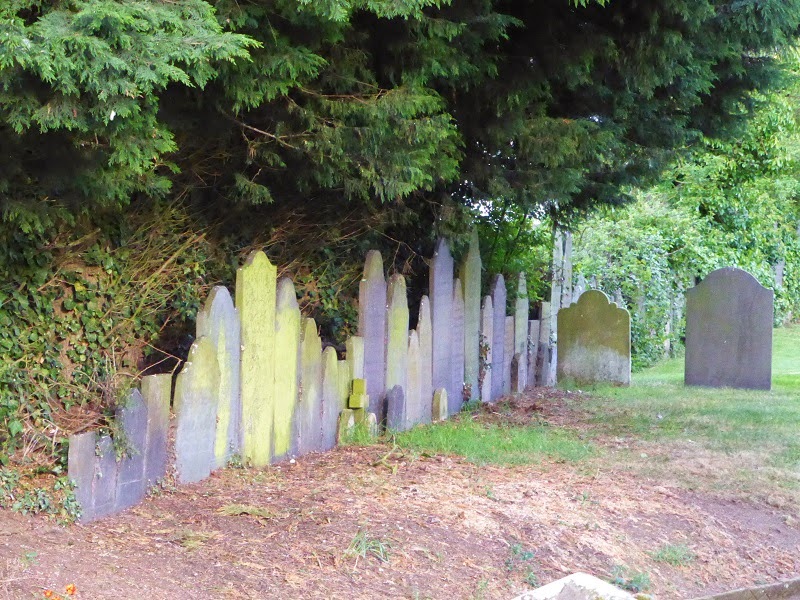 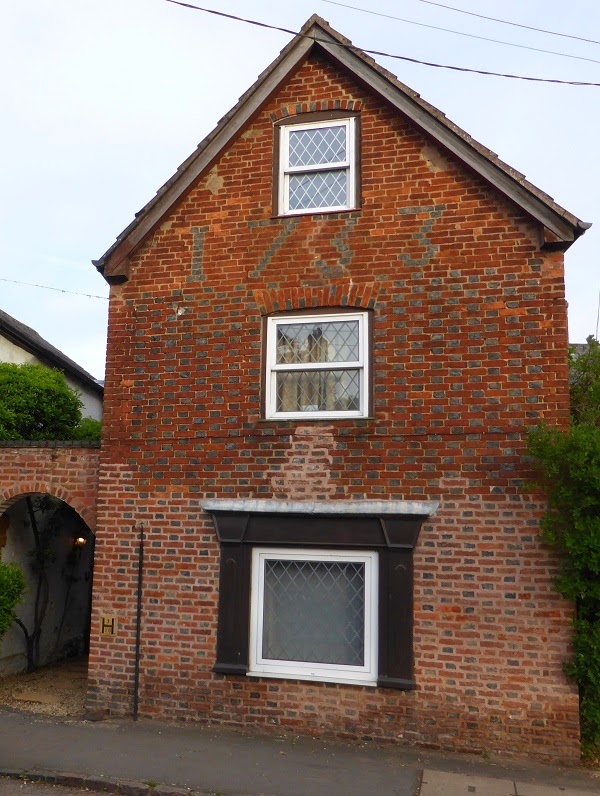 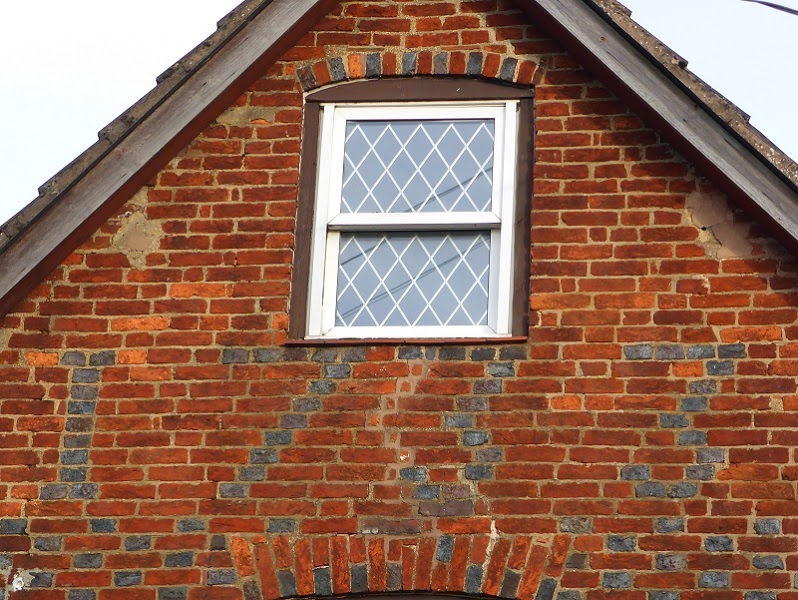 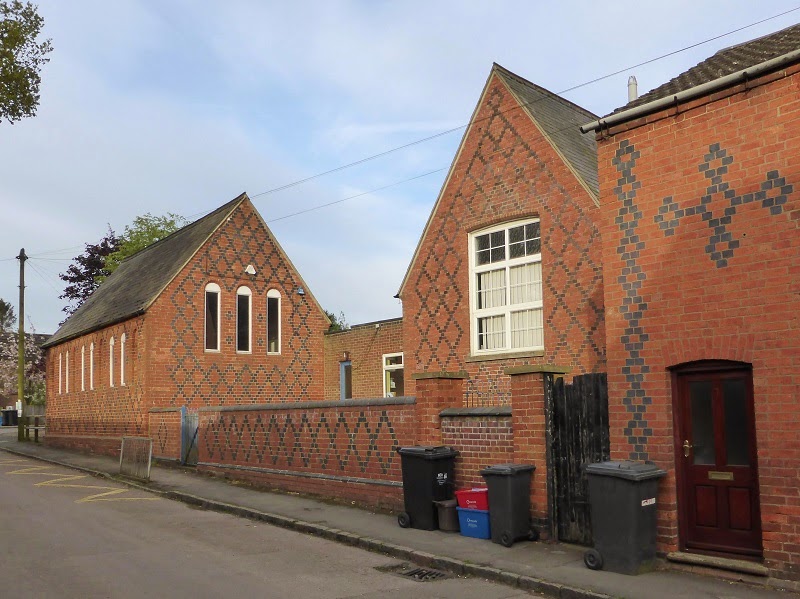 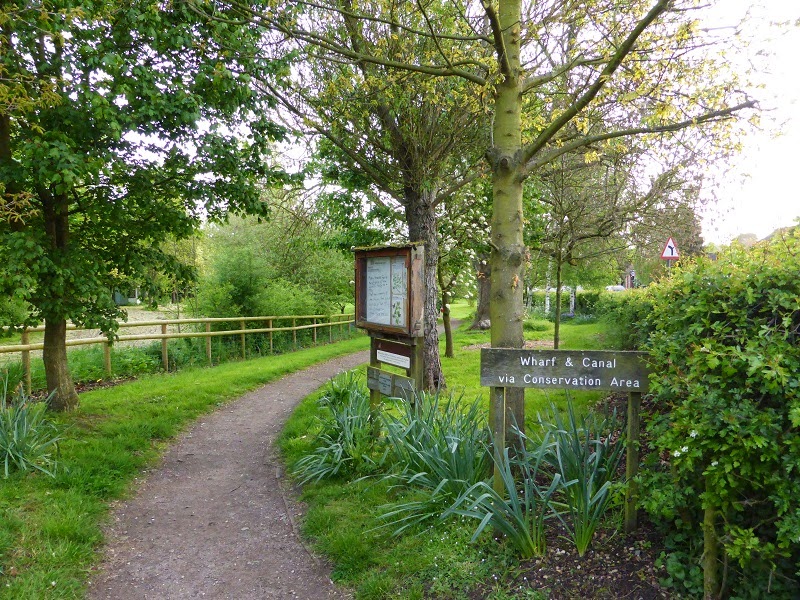 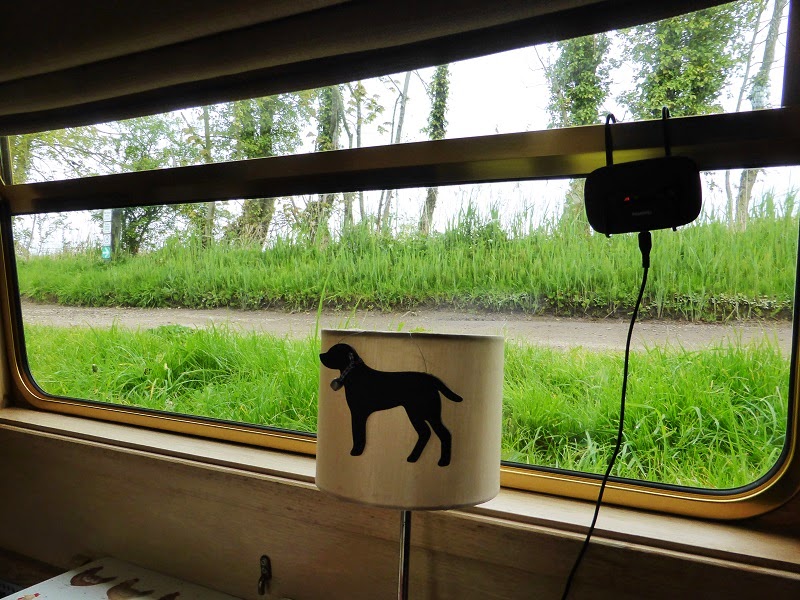 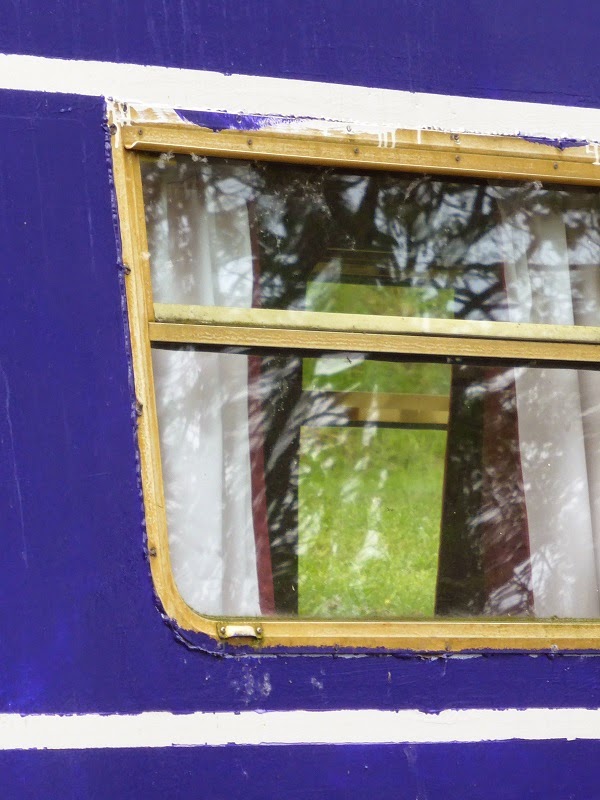 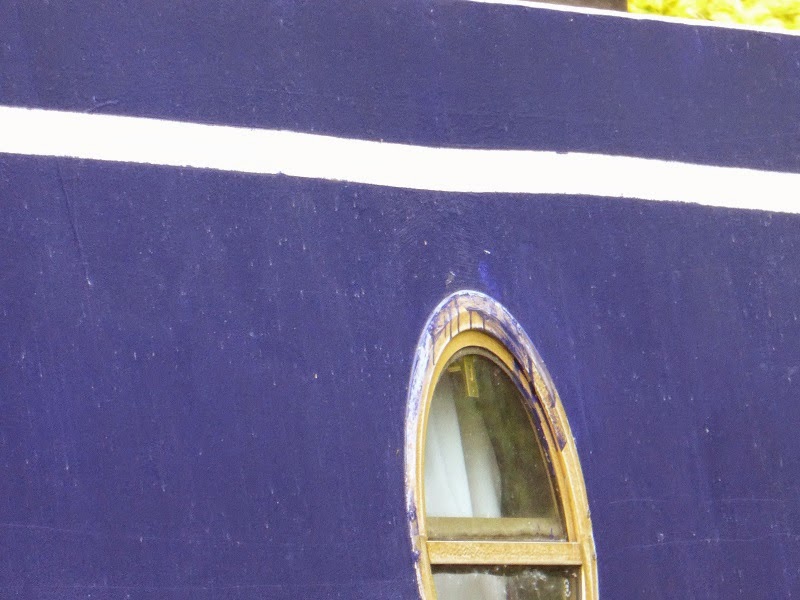 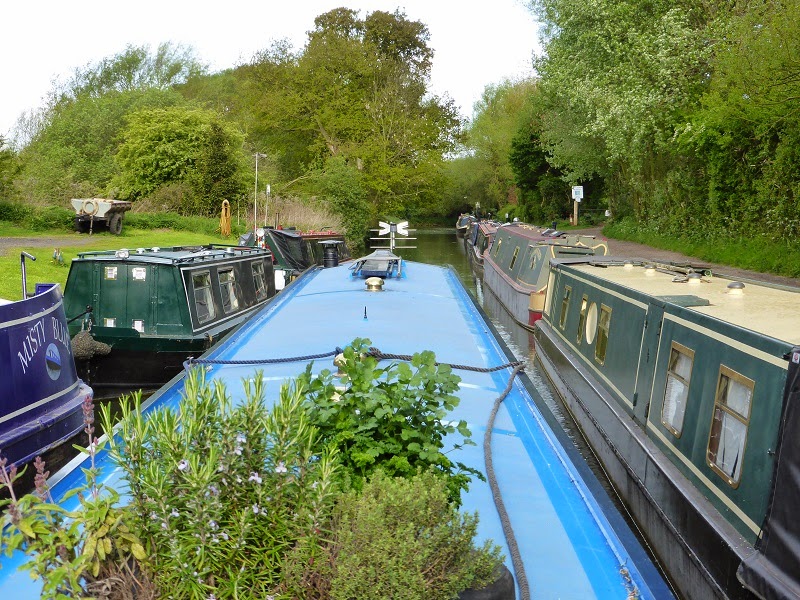 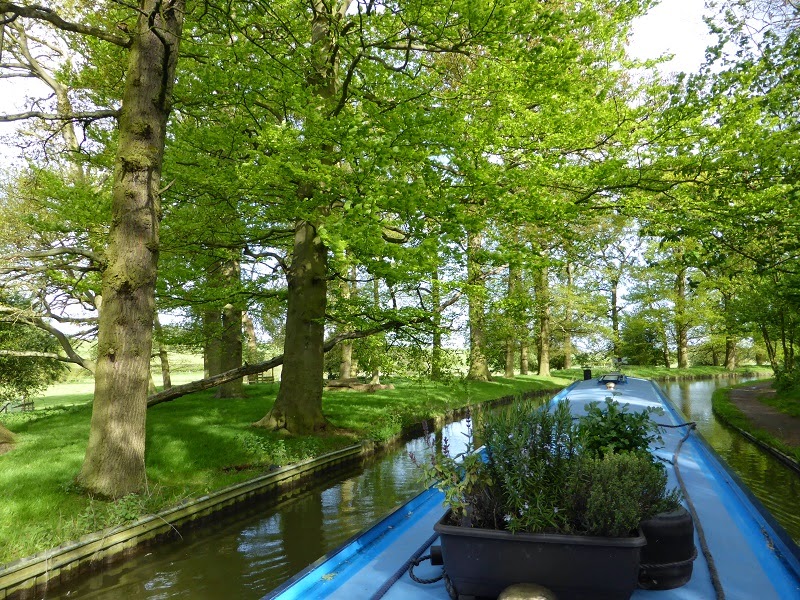