It's 6 weeks since we arrived back on Aussie soil, and what a challenge it's been.  I really didn't expect to be still feeling so unsettled after this long.  Our long list of "chores" is nearly complete and we can start to settle into life.

We have held off a bit from really making this house our home as we have a potential project in mind.  After discussing how unsettled we were both feeling we decided that since we will likely be here for a year at least we really should get pictures on the walls and bring over some knick knacks for display and some books and bookshelves.  At the moment we have our sofa and chair perched in the middle of the living room as the room is much bigger than the one we had at the old house.  They look a bit lost sitting there.

This week I do feel like we are getting our act together a I bit.  I'm sure it is because we took the first steps towards a new feathered family.  We decided it might perk us up to have some chickens in the garden so drove out to a friends property to pick up some old fencing materials.  Mick could then make a run and sort out the little shed that was to become their house.  On the way home I got chatting to a lady selling chickens at a farmers market and we arranged to go and visit her that afternoon.  She has 400 chickens!  We spent an enjoyable time walking around her property looking at all the different breeds.  In the end we chose Barnevelders as she had three pretty hens and a smallish rooster that would suit us well.  We will hopefully collect them this weekend if the henhouse is finished.  Now we just ned to come up with names for them!

The other day I drove to my mum's place and on the way passed a pretty area set back from the road side where there are often caravans or mobile homes parked up enjoying the lovely location.  That day there was a couple of nice setups with washing flapping on a rotary hoist and an outdoor setting by the other household.  I had the most overwhelming urge to go and talk to them.  I really felt like I wanted to ask them about their adventure.... where they'd been and where they were heading next.  I've been missing talking to new people all the time.

Mick has been doing an enjoyable little job at our old house.  The lady who bought it was waiting for him to get home to insulate and line the walls and ceilings of what used to be Mick's workshop.  She will use it as a studio.  We had a brainstorming session to come up with ideas for what to line it with.  The ceiling is now lined inside with old corrugated iron.  It's looking really good so far.  He has also put a door through to her guest room next door.  It used to be my office and has a little ensuite bathroom.

I've had a few people asking for photos so I'll try and remember to keep taking them.  The other day I drove to Melbourne for the first time since we've been back.  I came home on the country roads as I started the return journey from the East of the city.  There was plenty of new bushfire scars since I last drove this way.  It was a dreadful Summer that we just missed.  This one was a grass fire so the tree tops still look fine.

And finally, a photo of a couple of our new neighbours - there's four of them on a regular basis.  I think Mick thought I was exaggerating when I've been telling him how sharply the roo population has grown while we've been away.  He followed me on my 60km drive to the office Thursday morning to have a look at where we need a section of kitchen counter in the office.  He then drove on to Melbourne to visit his old work partner and collect some tools and equipment that he'd left with him while we were away.  On the drive to the office I was disappointed that there weren't as many kangaroos out as what I see most days.  But, when I got home from work the first thing Mick blurted out was "Did you see how many roos were on that hillside!".  Shame he didn't get to see a busy roo day. 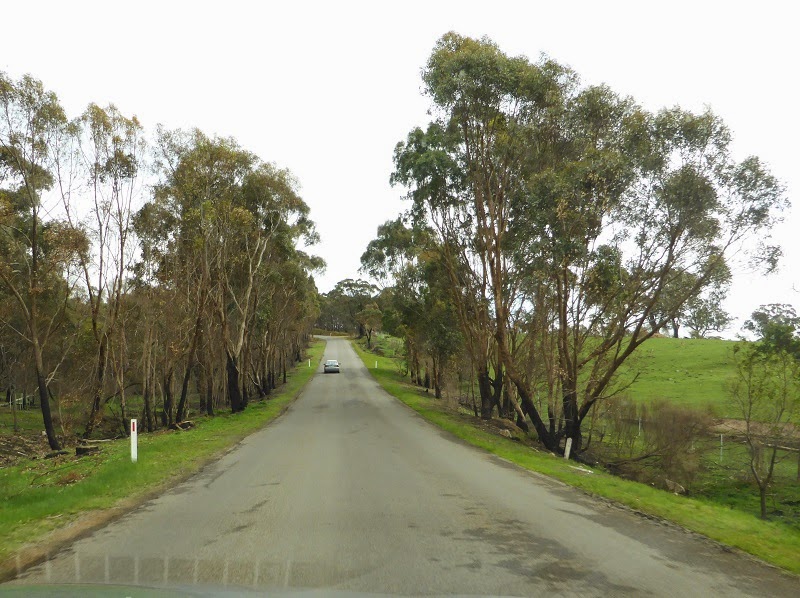 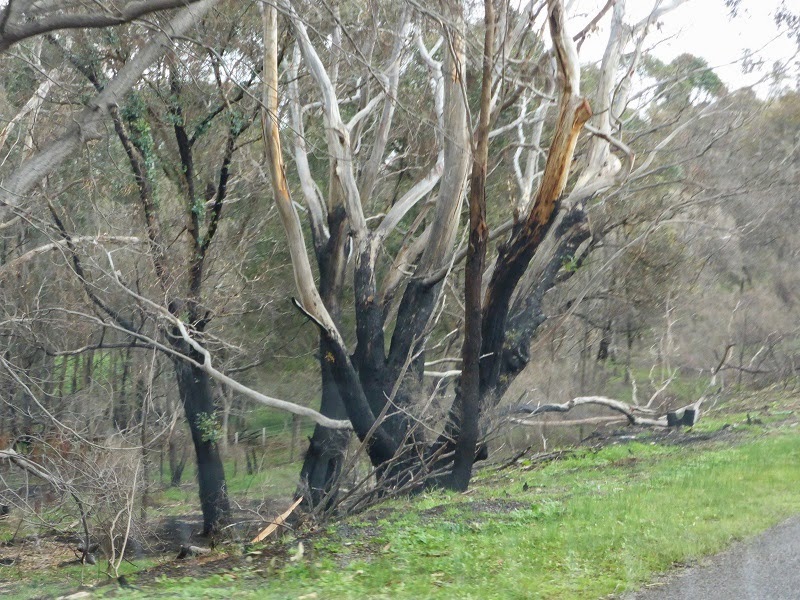 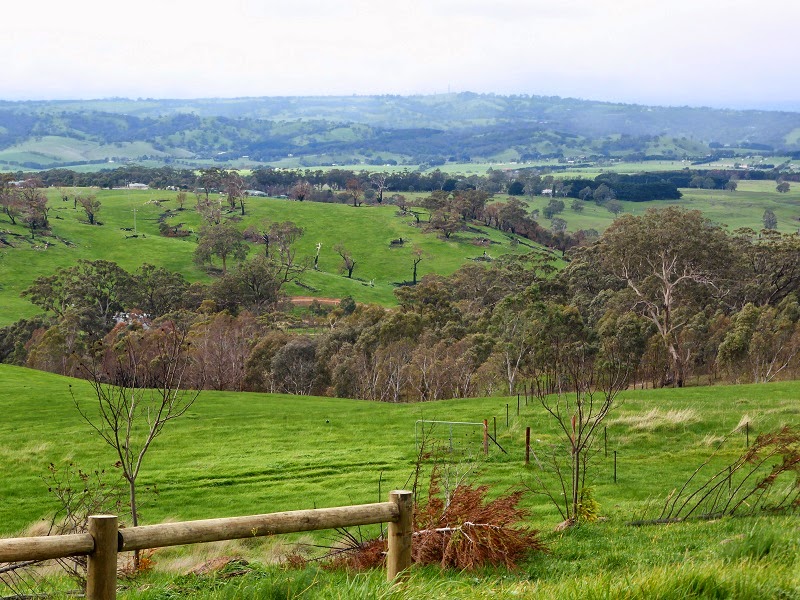 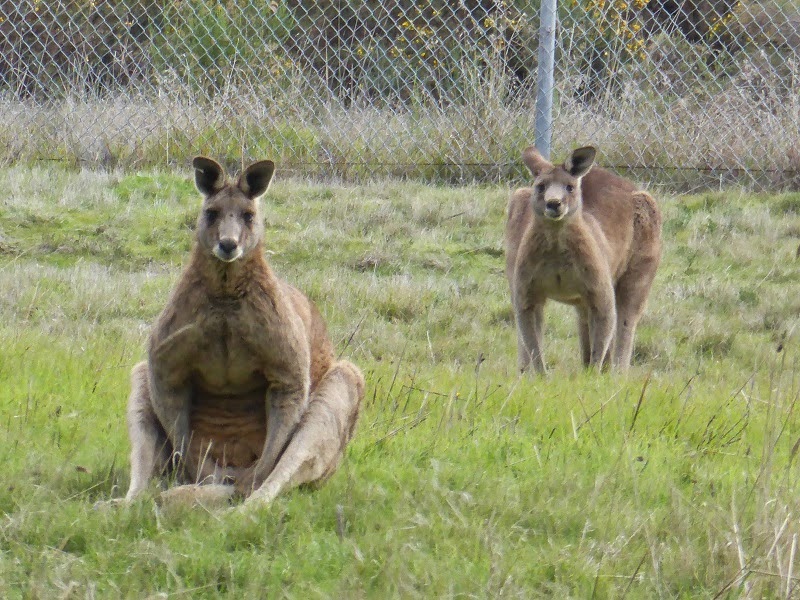 Hi both
Sounds like you are back into life in Australia.
Dave and I had a great time in Liverpool and celebrated my 64th birthday in the Cavern with lots of boaters singing "When I'm 64" to me.Now heading to Leeds and will have to do the Bingley 5 rise but there is a lock keeper to help you.
Thought I would make a suggestion on your chicken names and call them after places you really loved on your journeys around the canals
Best Wishes to you both
Angie & Dave xx