We hit a milestone on Friday.  At last we have all necessary permits to start building our little house!  It's been a long and expensive process.  It will be a few weeks away before the project begins as we need to pack up the house yet again and move out to live in the temporary living quarters at the shed.

We've been spending a fair bit of time out there lately.  Mick, to sort out the living arrangements, and me to sort out the stored belongings again.  We need a couple of the cupboards that we have been using for storage to change duty into wardrobe and linen press.

Klara has a new run under cover at the shed with a good view of proceedings during the building process.   Today we went out there for her to give it a try.  My brother and his wife (and my stepmum) were coming up to collect a storage unit Mick had built them for their upcoming trip to central Australia.  Klara didn't seem to mind being in the run too much and she had a good attempt at playing with Anthony and Leanne's elderly mini schnauzer who is a bit of a "grumpy old man".  Shame I didn't think to take a photo.

It's been a tough few weeks coming to terms with the fact that Barry's gone.  Carol sent us the photos shown at the funeral and everyone's memories of Barry.  We think of Carol all the time.  She's back on the boat now and we know that must be extremely hard for her.  We've spent ages looking at photos and I've read the blog again from the day we left to go to England.  It's so bittersweet to re-live those memories.

Now we're looking forward to when we see Carol again.

Photos : a bounty from neighbouring veggie gardens, Klara's obviously been up to no good (involving a bag of cement!), a lovely day at a patchwork quilt group, Vic's current guide dog pup Patrina (definitely not allowed on the couch), and Klara the angel and devil by turns. 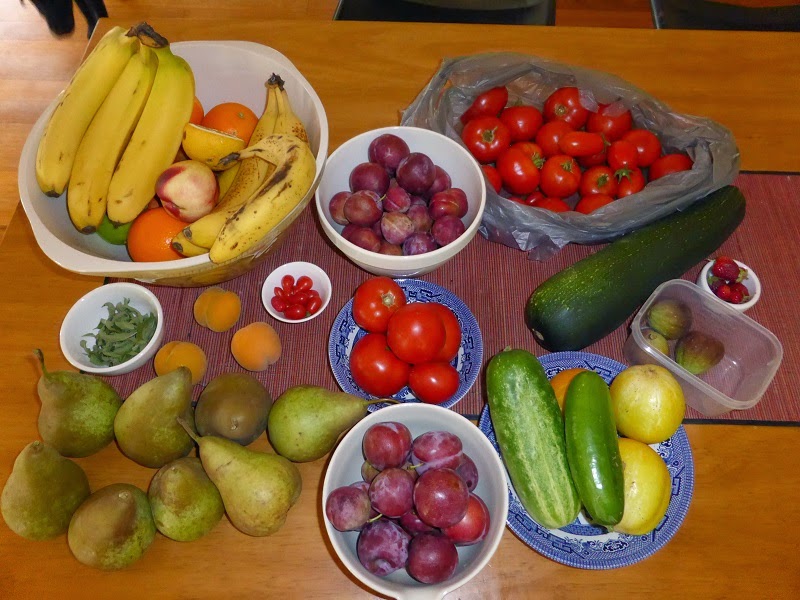 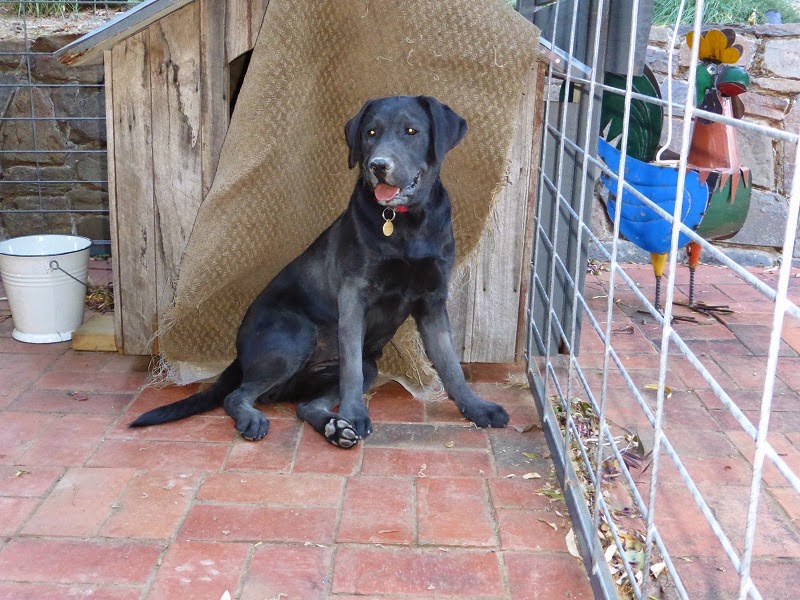 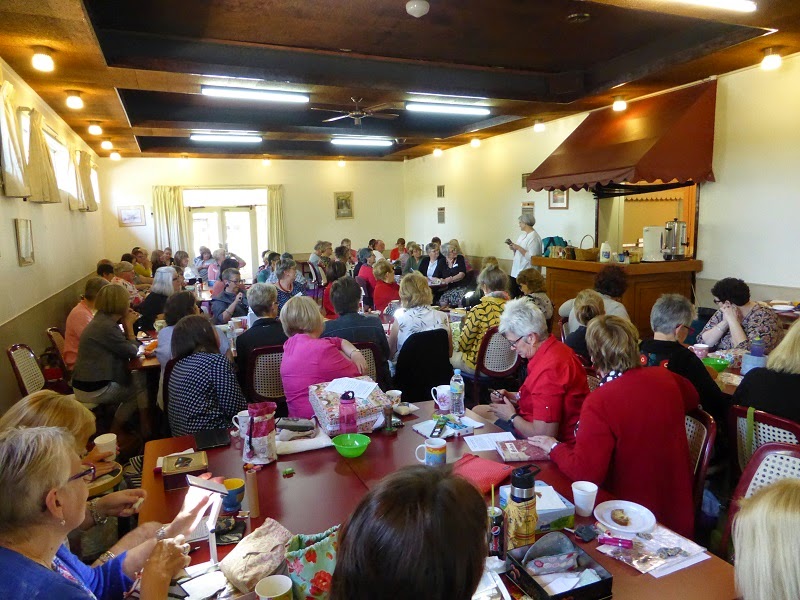 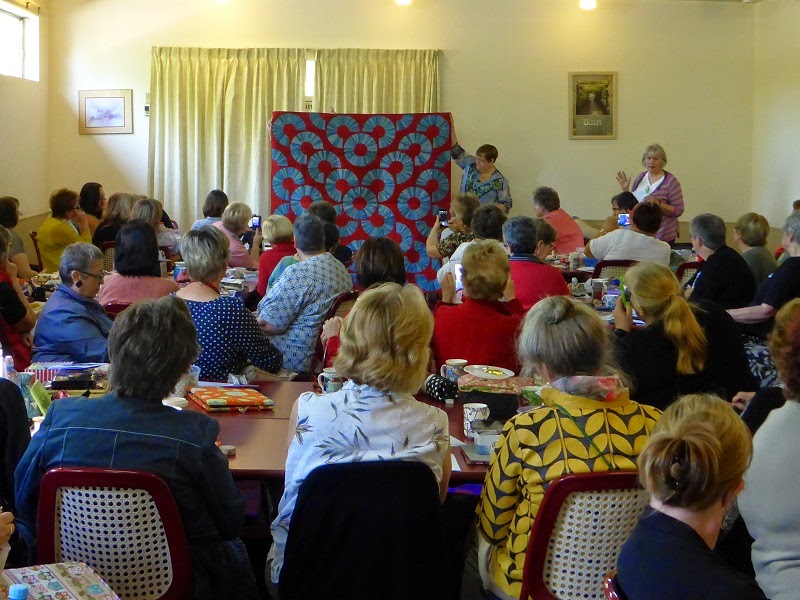 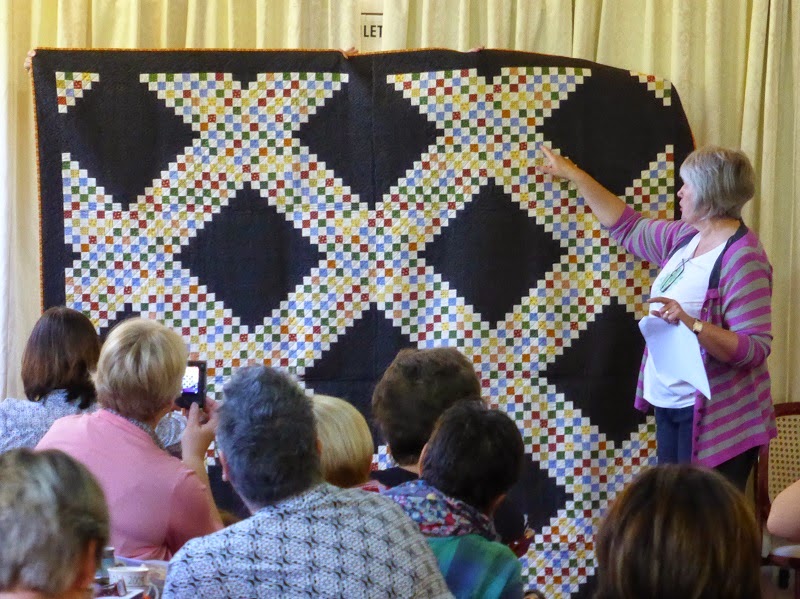 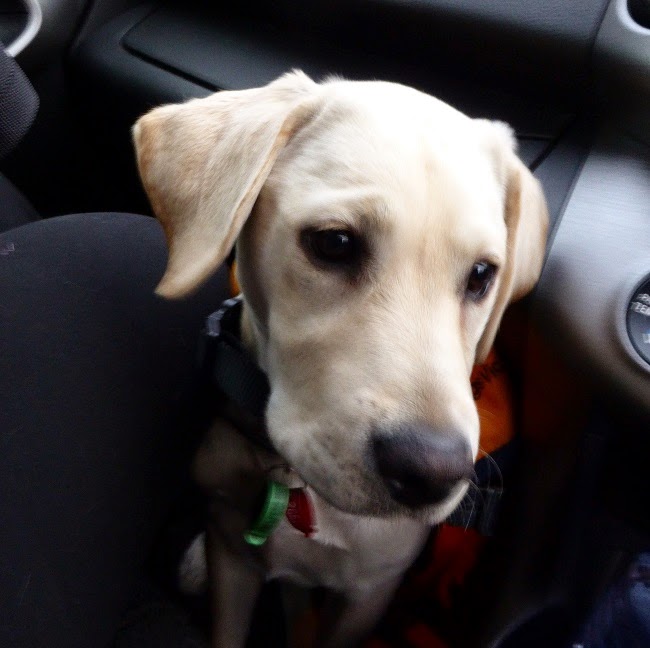 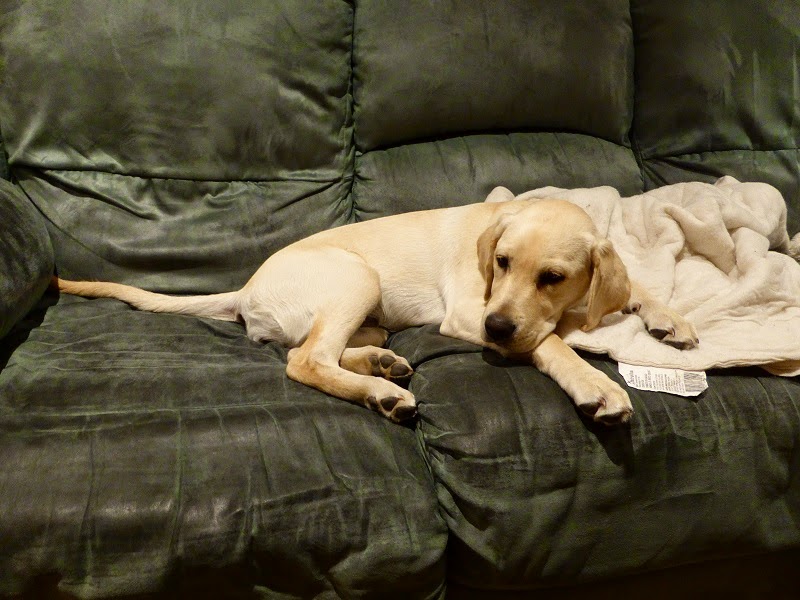 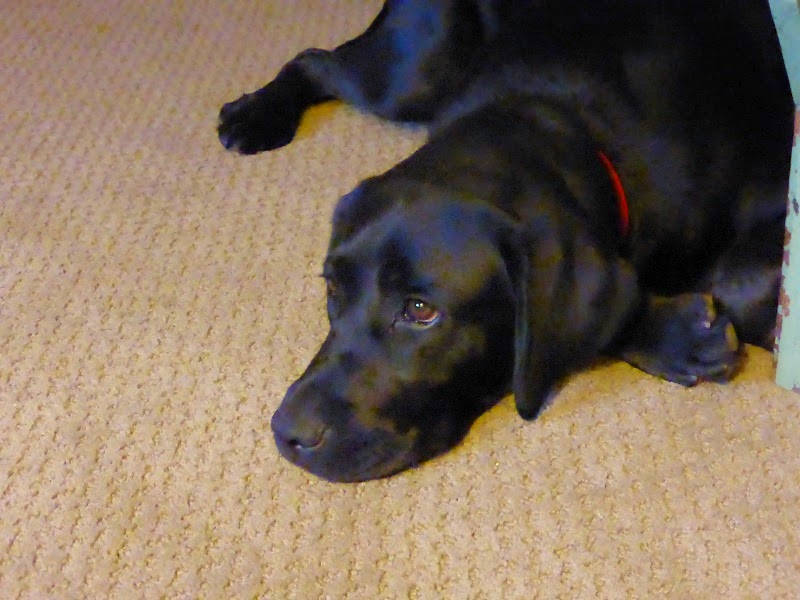 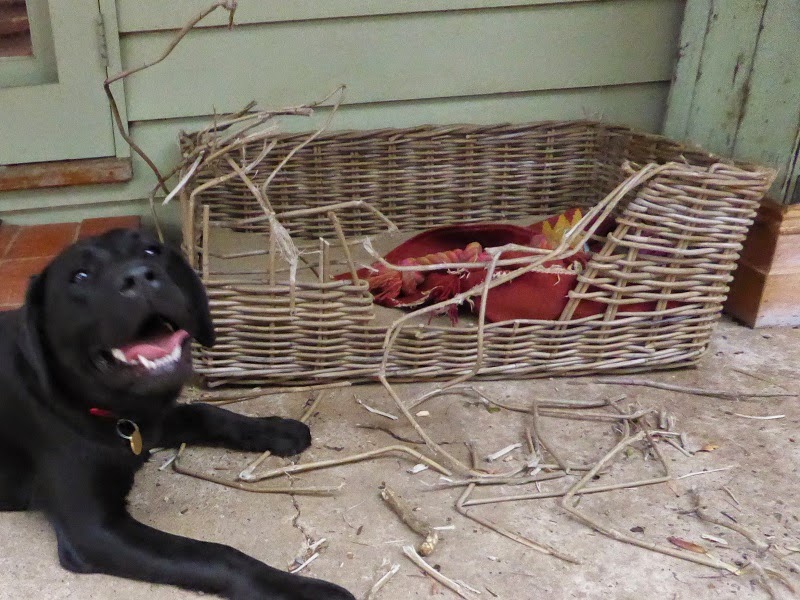