Lest we forget.  Today is Anzac Day on our side of the world so our thoughts are for those who lost their lives all those years ago.

We stopped at the water point one lock up from our mooring this morning.   I fed grass to a couple of friendly horses while Mick waited for the tank to fill.  As we set off to the next lock my phone started ringing just as I was steering into the lock.  It was Angie on nb Lady Esther to arrange to meet up. It will be tomorrow now.

One of the things I'd seen in English country magazines we would buy at home was woods of bluebells.  I wanted to walk through a bluebell wood!  Last year when we were moored at Hartshill, Carol pointed out the roadside on the steep walk up to the village was lined with bluebells but we were too early for them.  We never did see any last year.  This year we've been seeing little clumps of them here and there.  We decided we would stop at Hartshill today in the hope the roadside ones are in flower.  Along the way the "ding dong" chimed while I worked so I went to the stern to see what Mick was calling for.  Bluebells!!  A little hill full of them!  I couldn't get a good photo through the trees but what a lovely sight.  At Hartshill there were bluebells out but nowhere near as many as we had seen further back.

We moored at Hartshill just after the very pretty BW yard and beneath a small row of pine trees.  Mick couldn't help himself... he had to go and collect pine cones.

It was drizzly and overcast pretty much all day with the rain increasing by midday.  After seeing the forecast for tomorrow wasn't all that much better we decided we'd push on.  We recalled seeing a little off licence store beside the bridge where we moored at Nuneaton last year.  We forgot to buy milk yesterday.  In the pouring rain Mick stood under the bridge holding the boat while I rushed up to buy the carton of milk.

We cruised on past the allotments of Nuneaton.  Makes me hanker for a vegie patch!  We stopped yet again.... third time today.  This time for some lunch.

Turning into the Ashby Canal we had read in our guide that we should moor at marked locations as the canal is shallow and it's often not possible to pull into the bank.  We intended to reach the moorings by bridge 5.  At bridge 3 there was a good length of Armco with a few boats moored up.  For a moment considered pulling into the one spare space there.    Pity we didn't because the moorings at bridge 5 were a bit average and in a cutting.  We pressed on further.  The next marked moorings were after bridge 6 which was another mile or more ahead.  They were ok so we tucked ourselves up for the day.  It was nice to get in out of the rain. 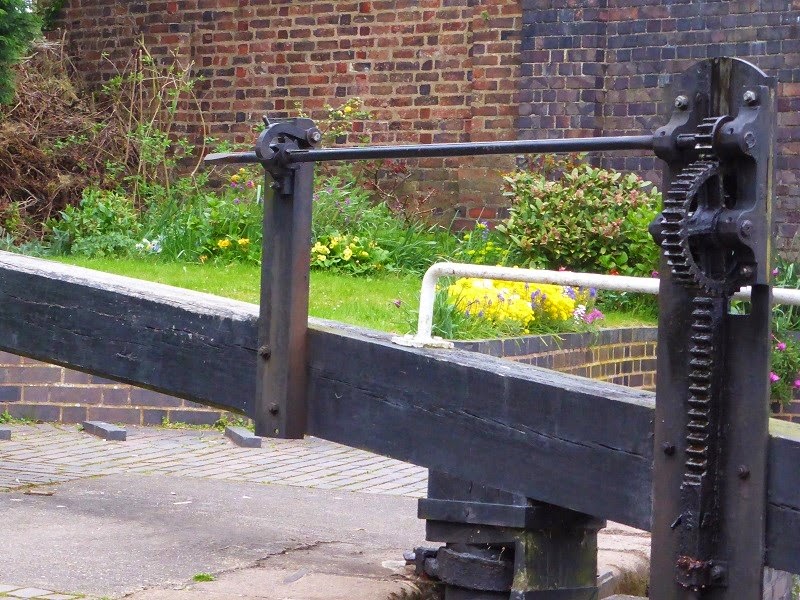 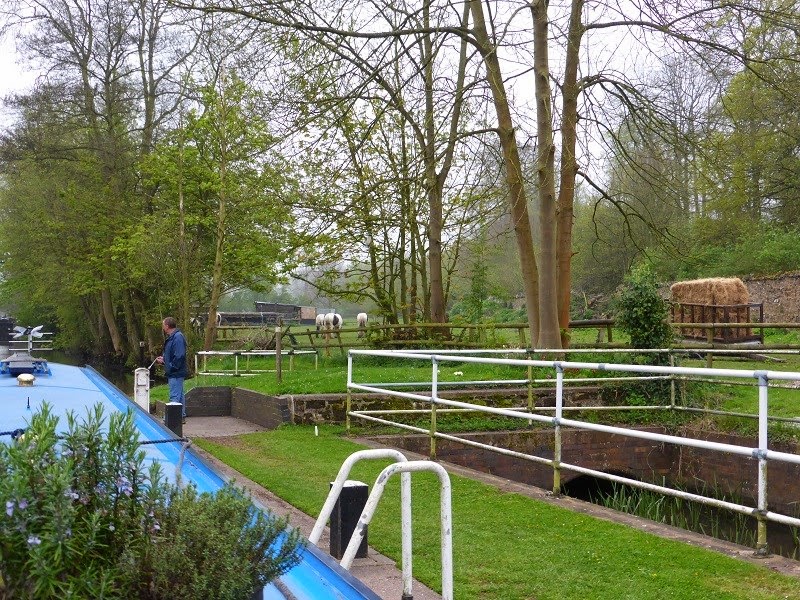 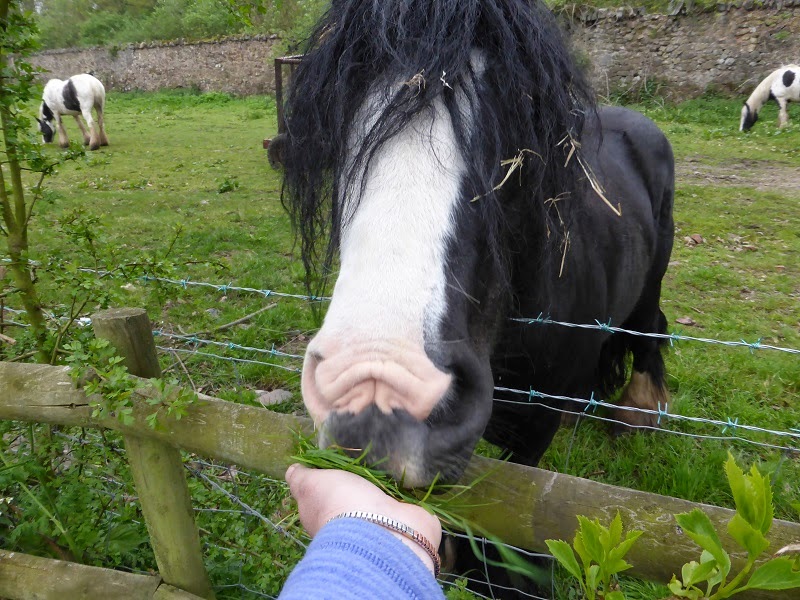 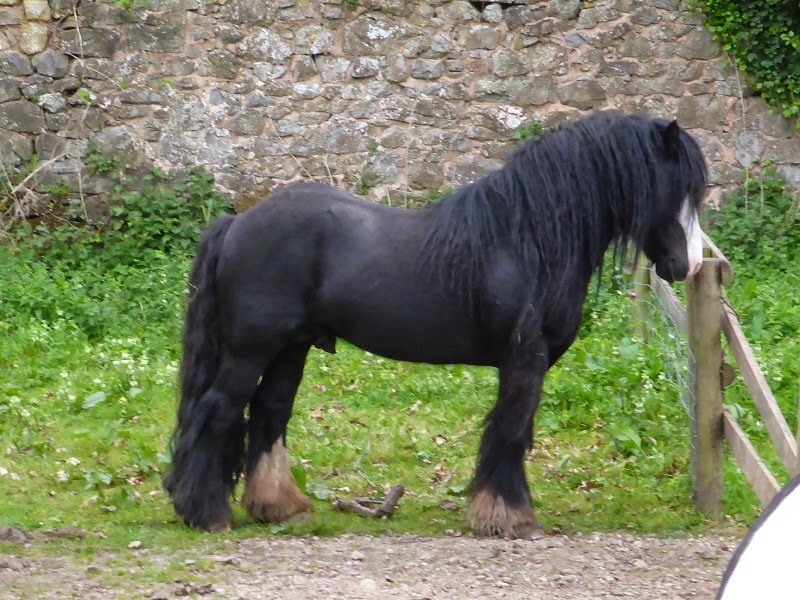 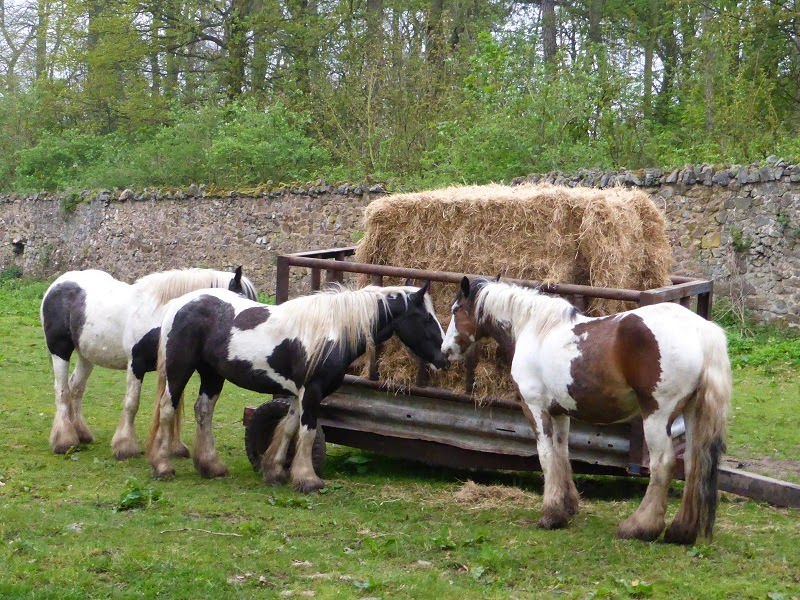 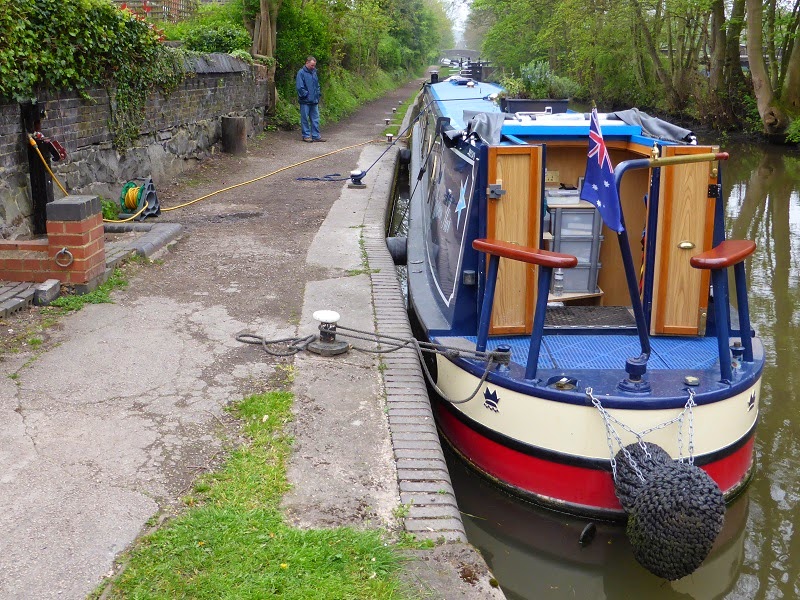 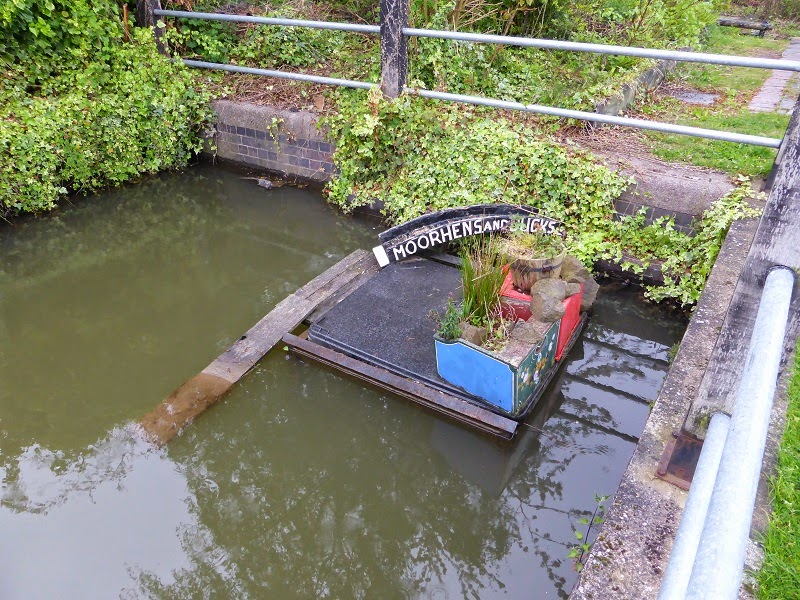 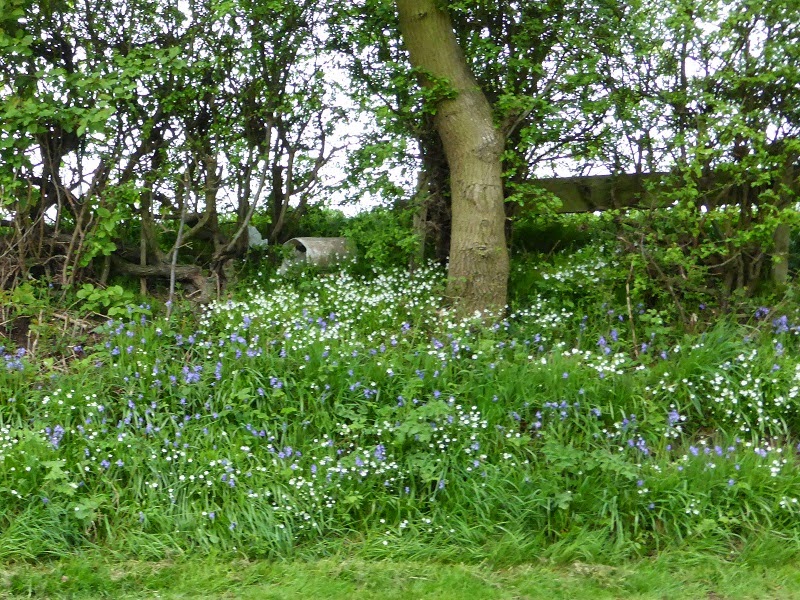 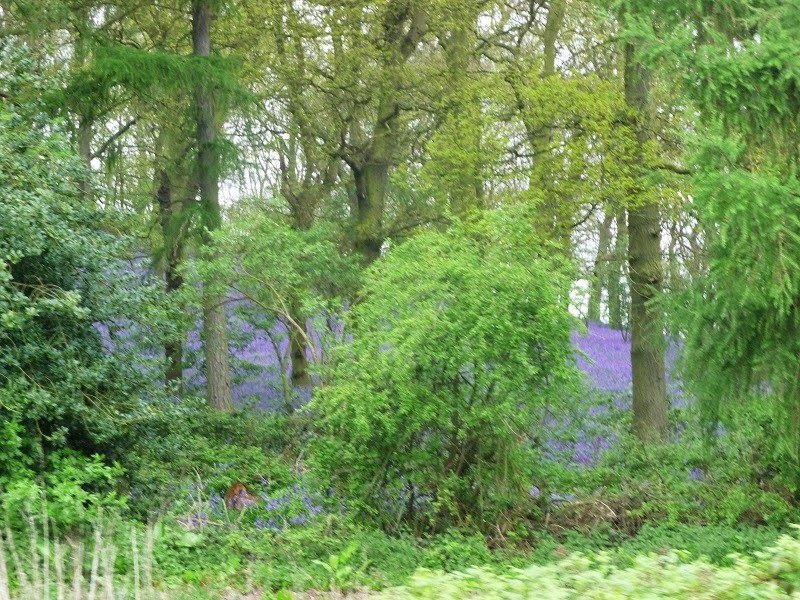 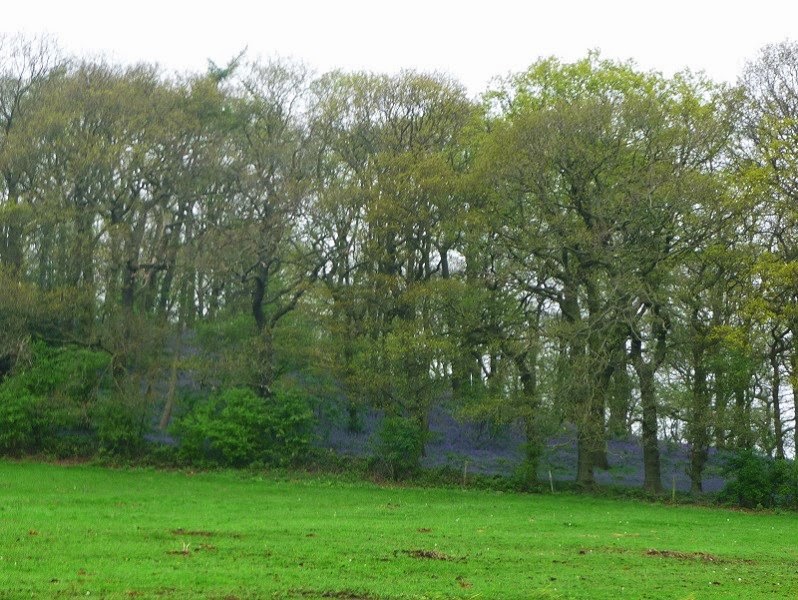 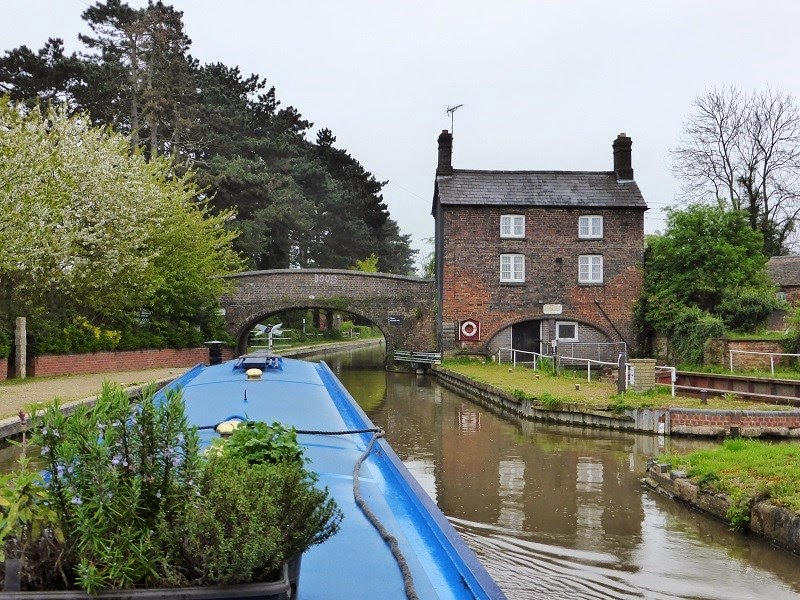 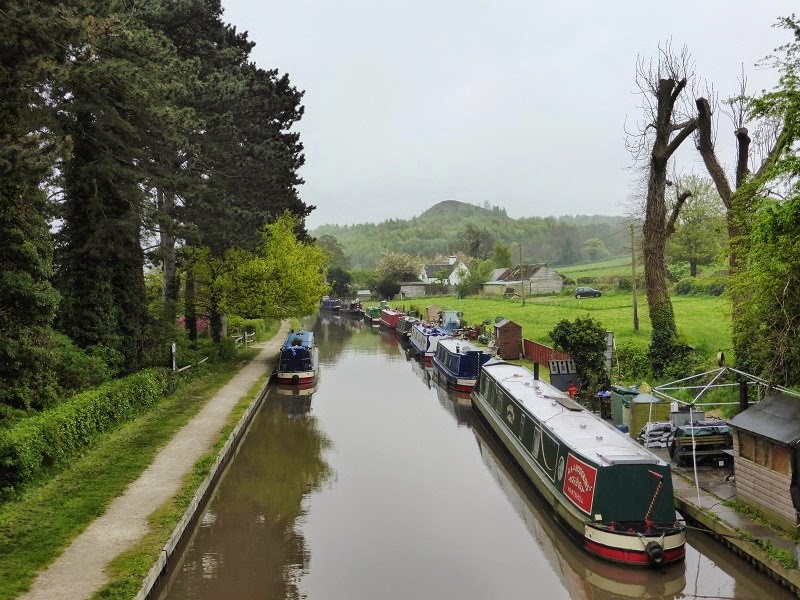 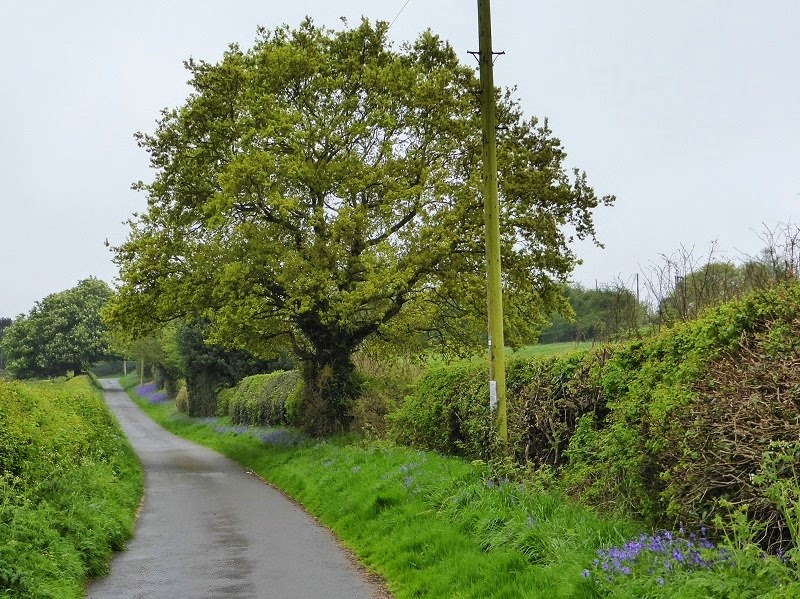 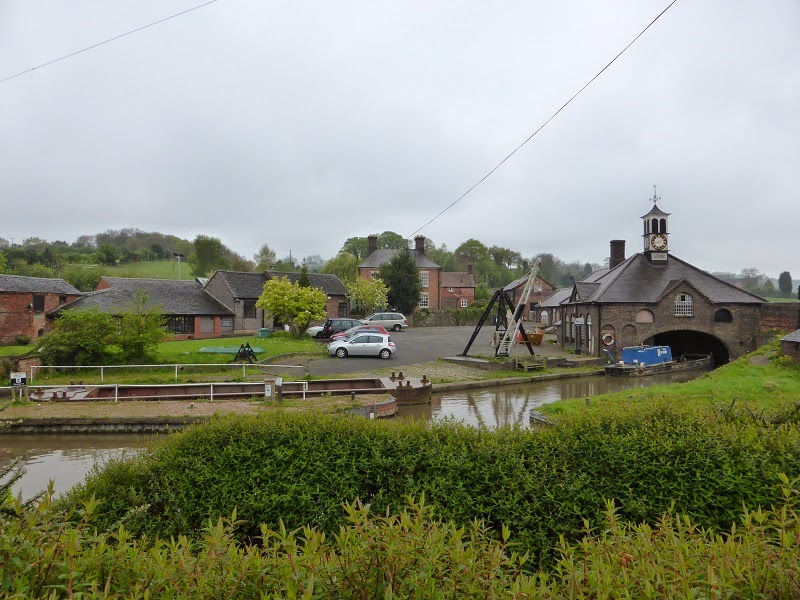 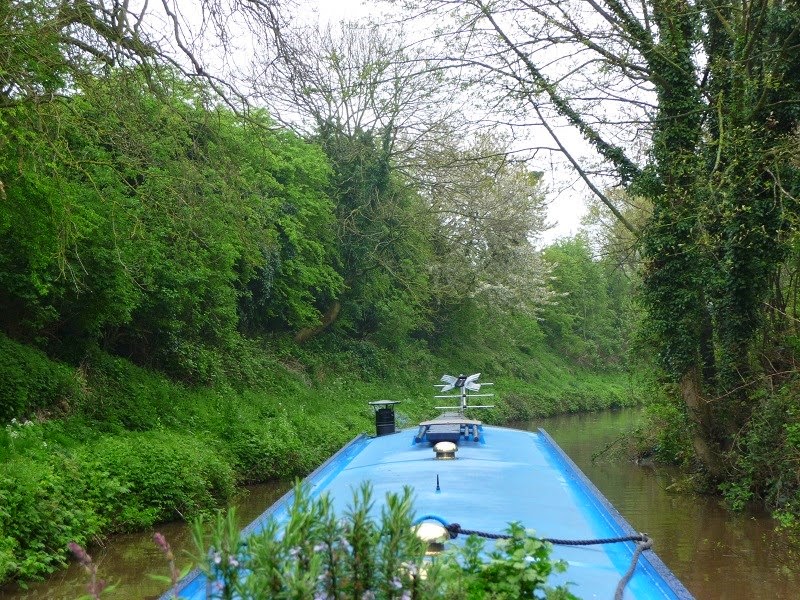