Today we thought we'd just cruise until we'd all had enough.  We usually have a fixed destination in mind.  We were ready to go at 8.15am but let another boat go ahead as he would have been between us and nb Winton's Folly and we usually set the lock for them behind us..... old folk that they are.

The food supplies were dwindling a little so we decided we'd stop at Market Drayton for lunch and to do a quick grocery topup.

First, we had the top two of the Audlem locks to do, then that Adderley five. I had read that nb Lois Jane was heading towards us and Debbie had left me a message saying they were staying in Market Drayton a couple of days so call by for coffee.  We sought them out as soon as we arrived and had a good chat and the promised coffee.  Lovely boat guys and it's nice to have seen you once more before we go home.  We went off to do our groceries, then back to the boat for a quick lunch before moving on again.  We waved a final farewell to James and Debbie as we passed them.

Market Drayton seemed like a nice place.  We had avoided it last time we passed as we'd been told not to moor there.  I guess everyone has their own opinion.  Barry and Carol topped up their water after Carol having done two.... yes, TWO.... loads of washing.

Next came the five locks at Tyrley Grange.  We moored here last year when Anthony and Leanne (by brother and sister in law) came to visit.  We walked up to the Four Alls pub for dinner in the dark, trying to see if we could walk back with the torch turned off.  We couldn't.

As we passed a long row of boats on a farm mooring with amazing views after bridge 52, we commented to each other what a fantastic place it would be to moor.  We noticed one of the boats was called Rose of Sharon and it reminded us of the lovely couple we'd met in the marina.... Kevin and Claire.  Funny, that boat was even the same colour.  Next thing I noticed was two faces peering out a window waving furiously.  It was them!  We'd all but passed them by then so battled the wind to reverse back alongside them for a chat.  Mick and I stood between the boats clinging on to keep them together and Kevin gripped our centre rope for dear life.  We left him out there holding that rope while we had a tour of their boat.  Fantastic buy for a cheapie.  Little Barney the dog ran around with excitement.  It turns out they'd only just arrived an hour or so before at their new mooring.  He must have thought he was in heaven to have free access to run about beside the boat after being moored in a marina on a pontoon.  It was such a bonus to see you again Kevin & Claire, and thanks for showing us your boat.

Just as we were saying we should get moving again.... it was 4pm.... nb Winton's Folly appeared from the bridge behind.  They must have wondered what on earth we were doing.  It turns out they had "seen" us moored a few bridges back so had moored up and come to talk to us only to find it wasn't us.  They'd headed off again only to now find us hovering on the canal clinging to someone else's boat.  We took off with them once they'd passed, looking for somewhere not too far ahead.  By bridge 47 we'd all had enough for the day so tied up on rings at the mooring there.  Very peaceful beside a field of canola.

A big day but thoroughly enjoyable!  Not bad going either, considering we probably spent a total of about 6 hours to cruise those 12 miles and work 12 locks.  I had a big achievement today.  I stepped over one of the open lock gates!  It was the second last lock for the day and this one had a hand rail that extended almost to the edge of the gate.  The two locks before had been the same and I stepped onto the gate on those too but it was windy and I chickened out.  But, the second last one there was a lull in the wind and I did it.  It's not difficult and it's not that big a step.... but it's a very long way down and I hate heights.  At the last lock of the day the hand rail was like they usually are so it might be that I never do it again.  I've done it once!

And finally..... for those liveaboards who like free firewood..... they've been tree cutting along Woodseaves Cutting and there's logs everywhere. 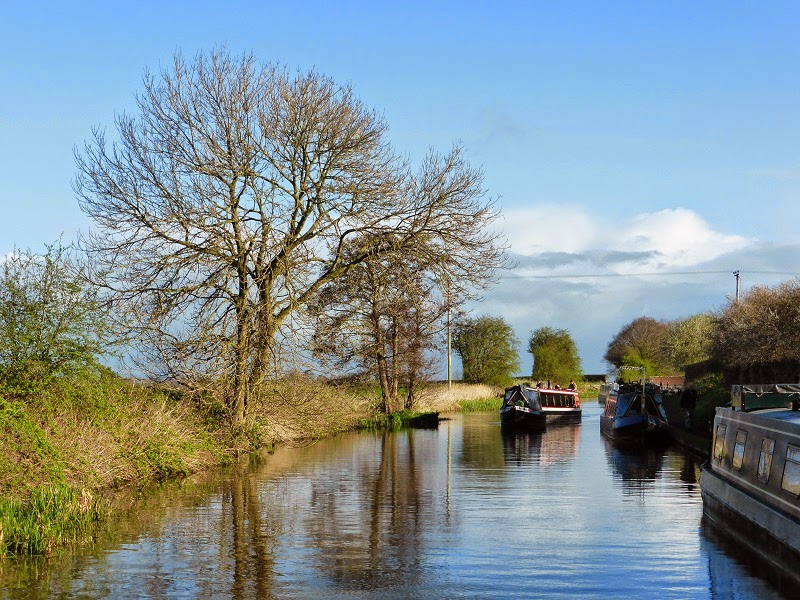 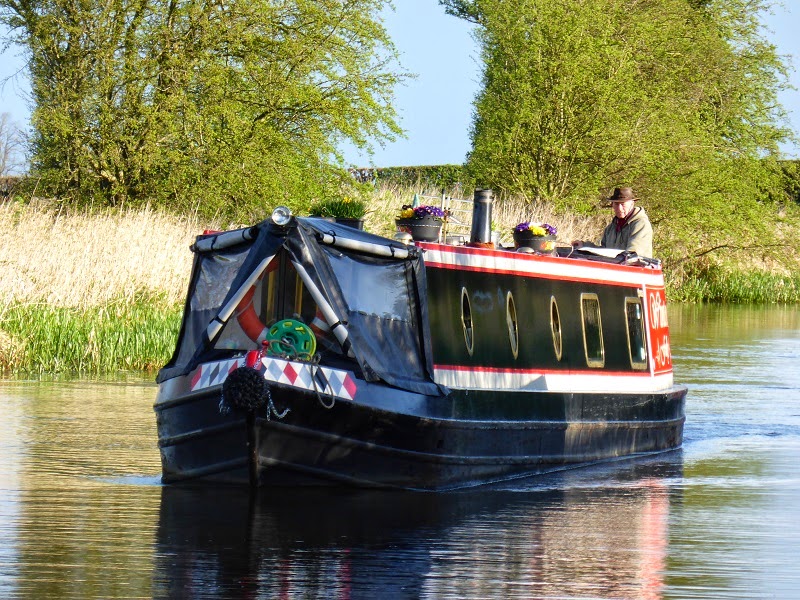 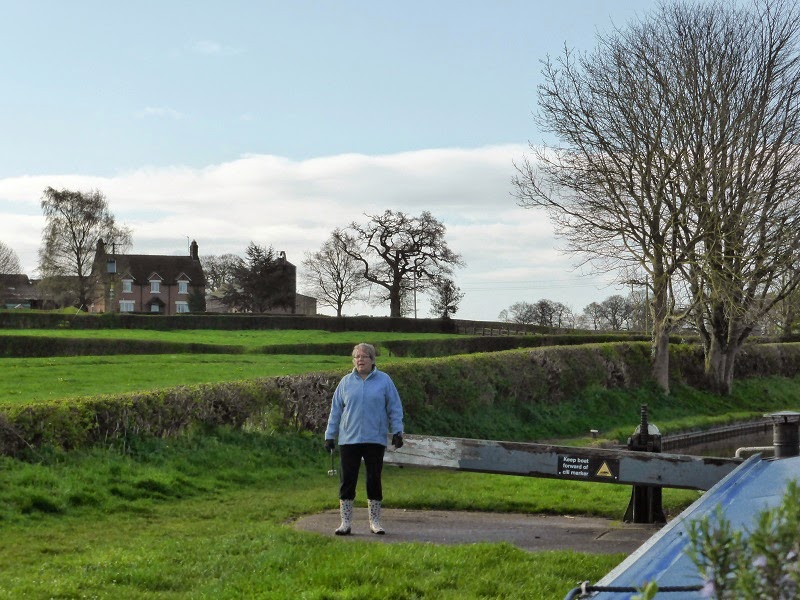 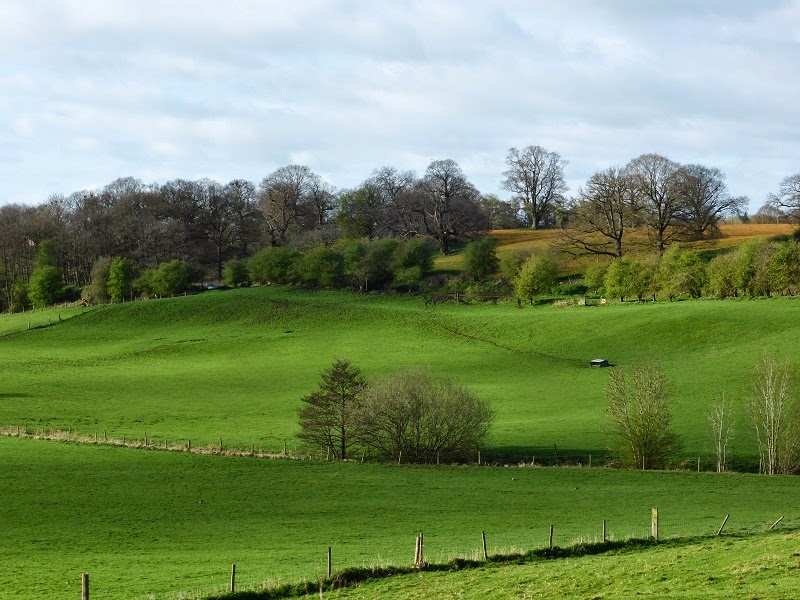 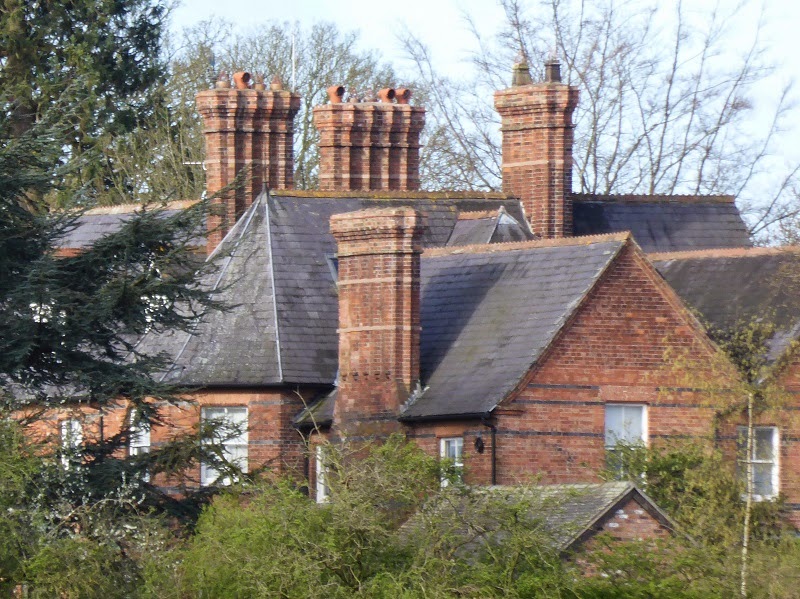 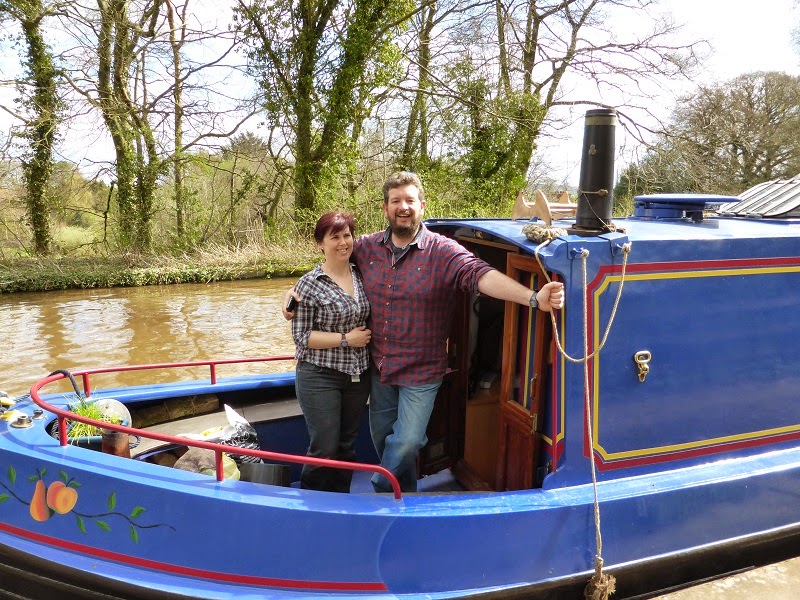 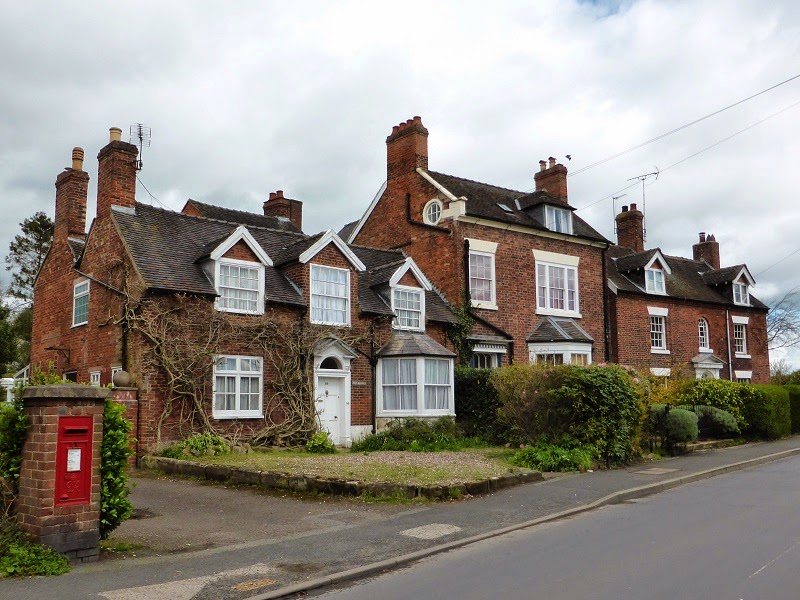 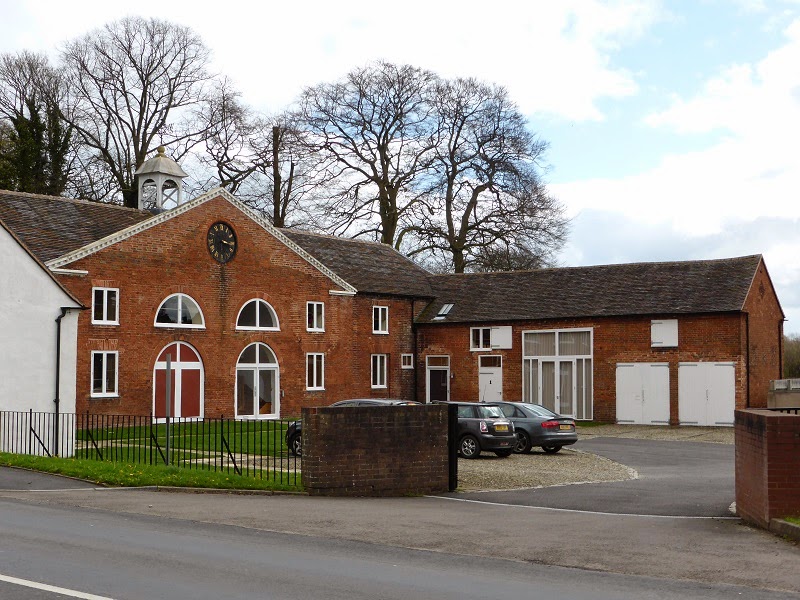 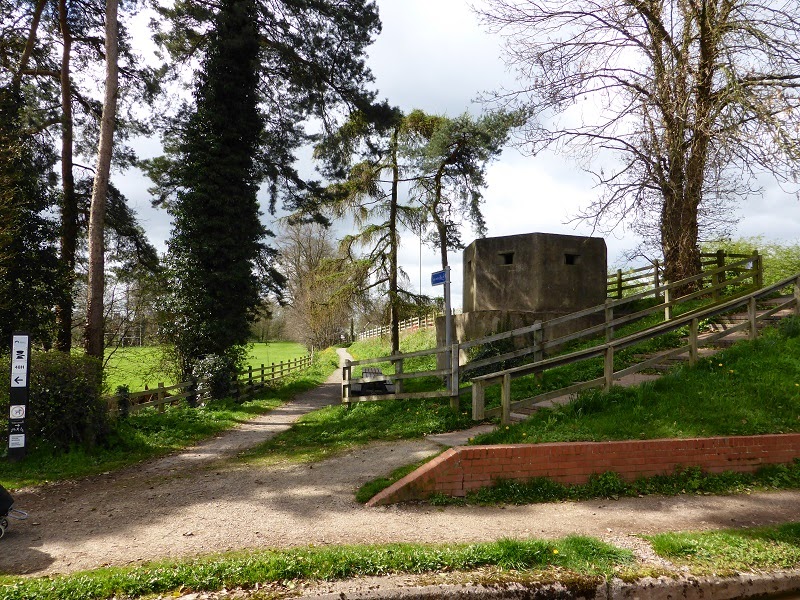 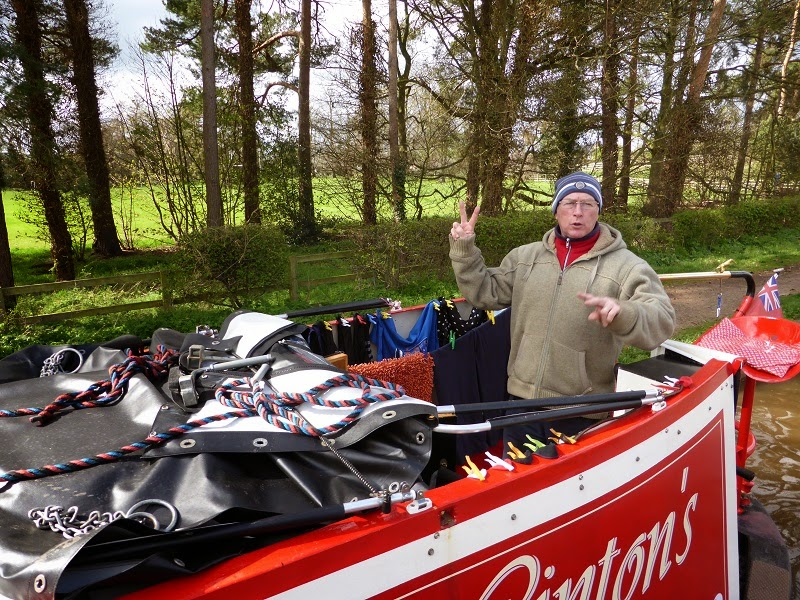 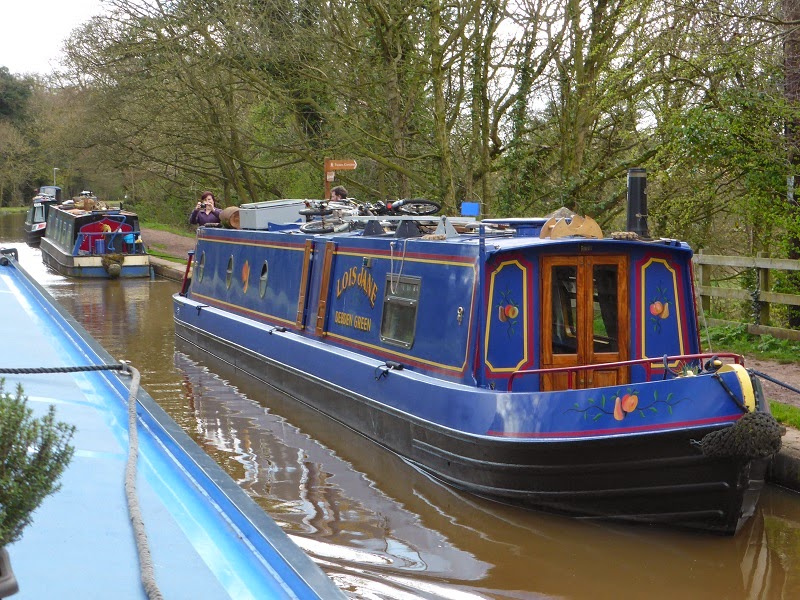 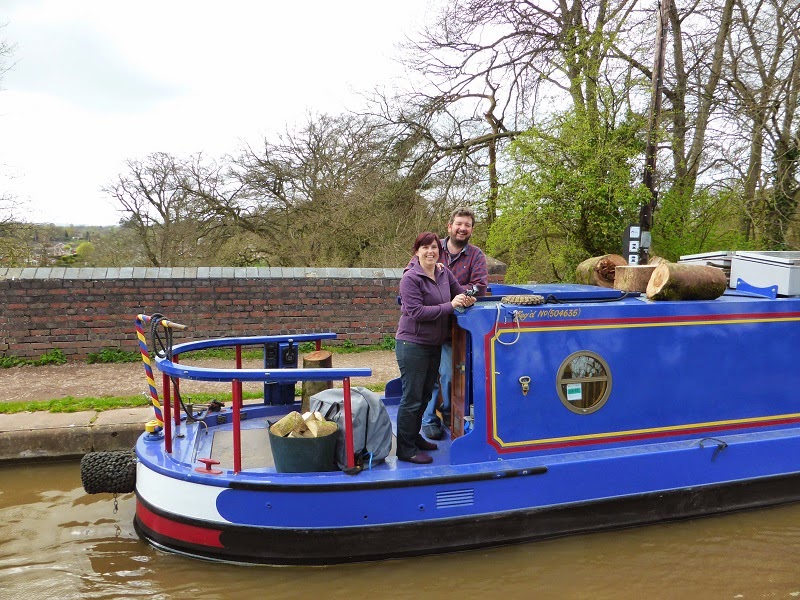 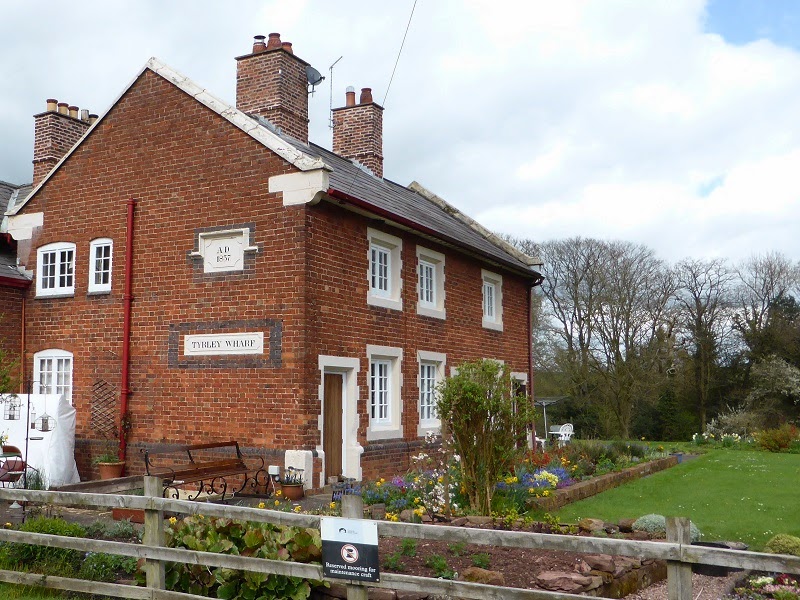 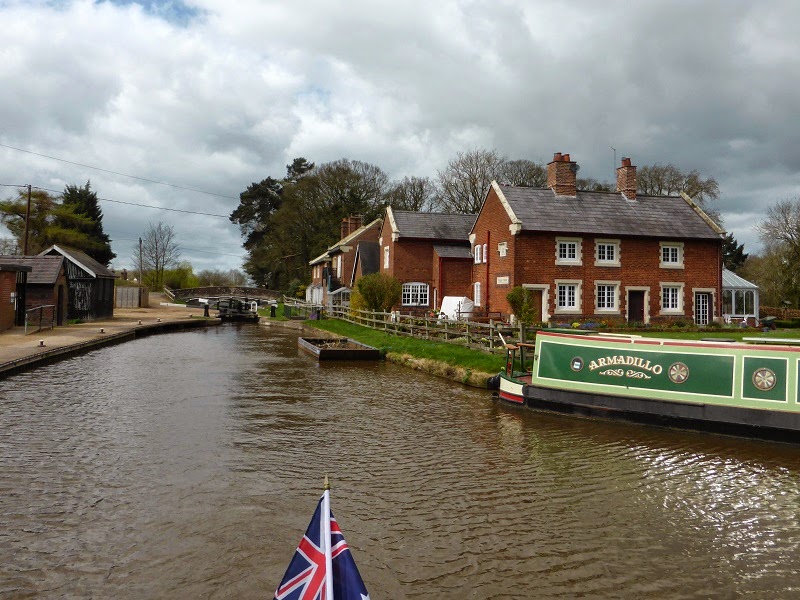 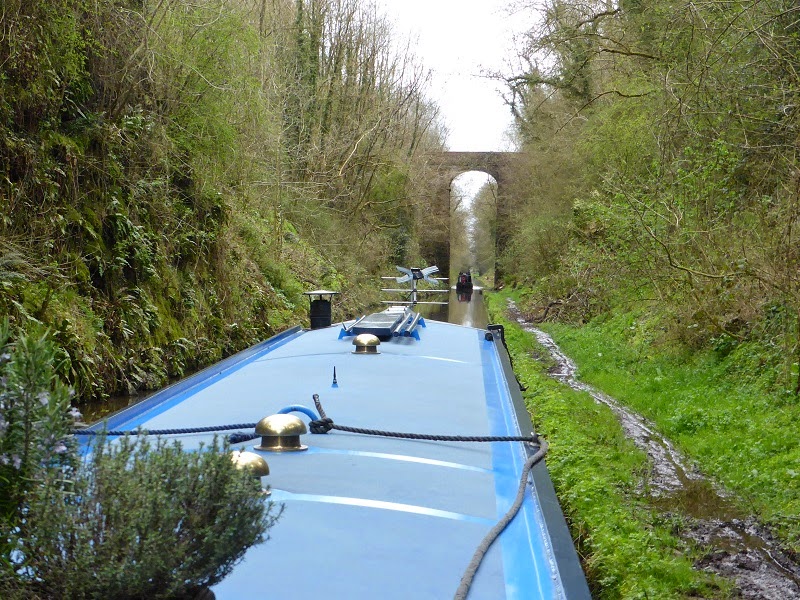 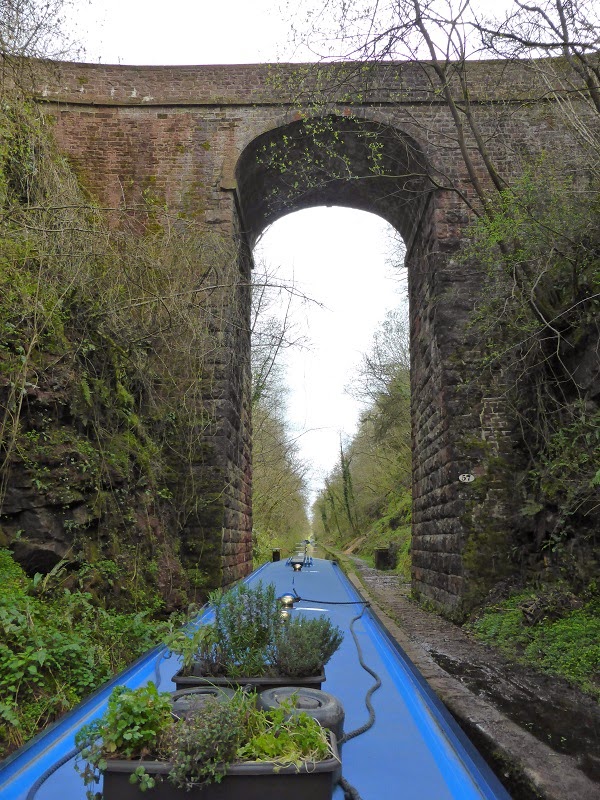 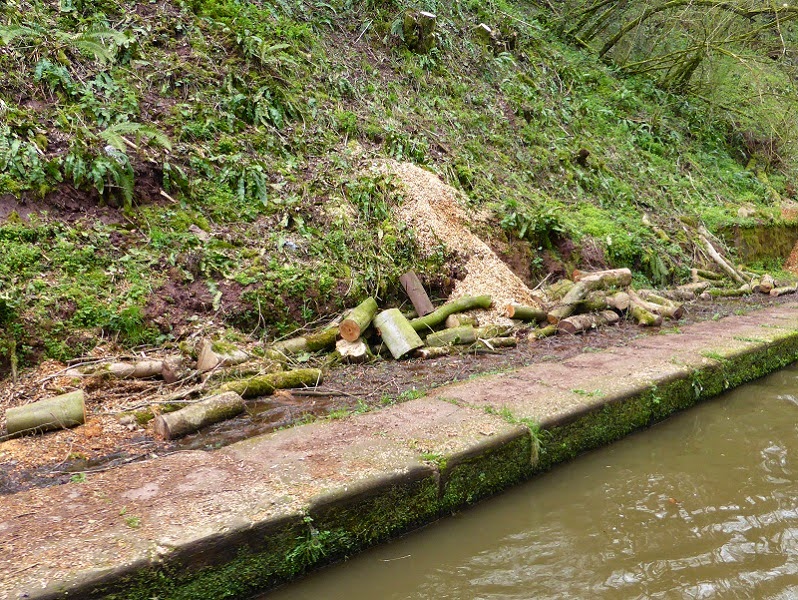 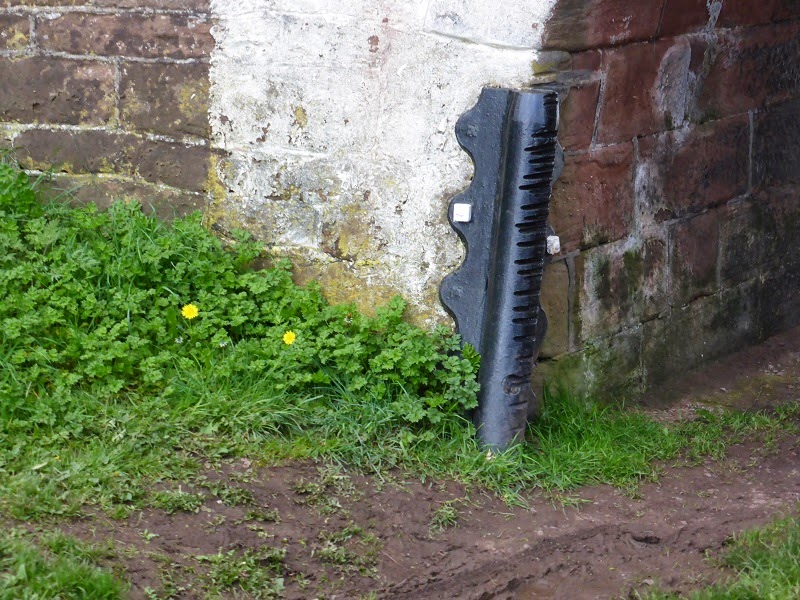 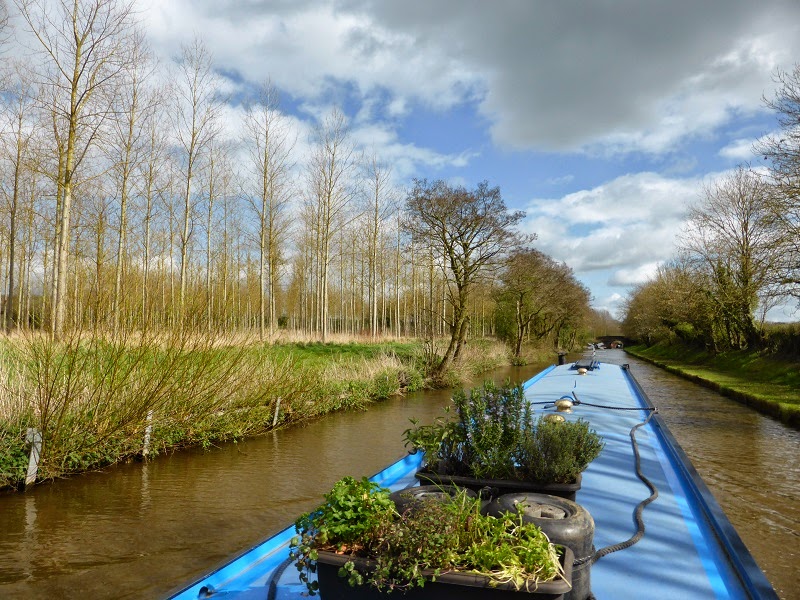 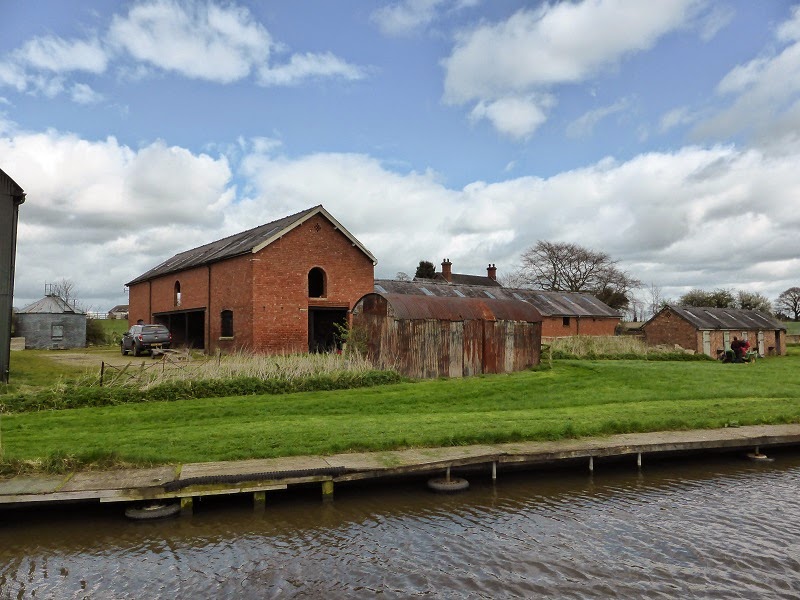 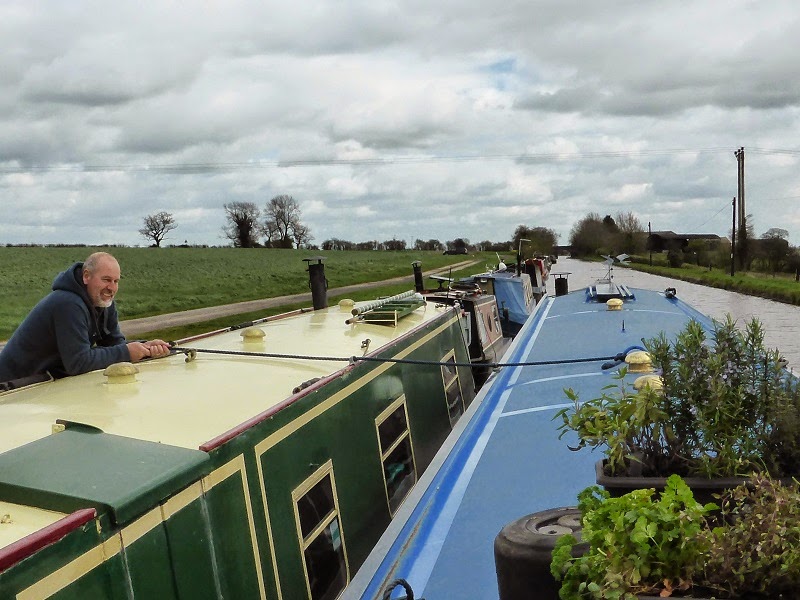 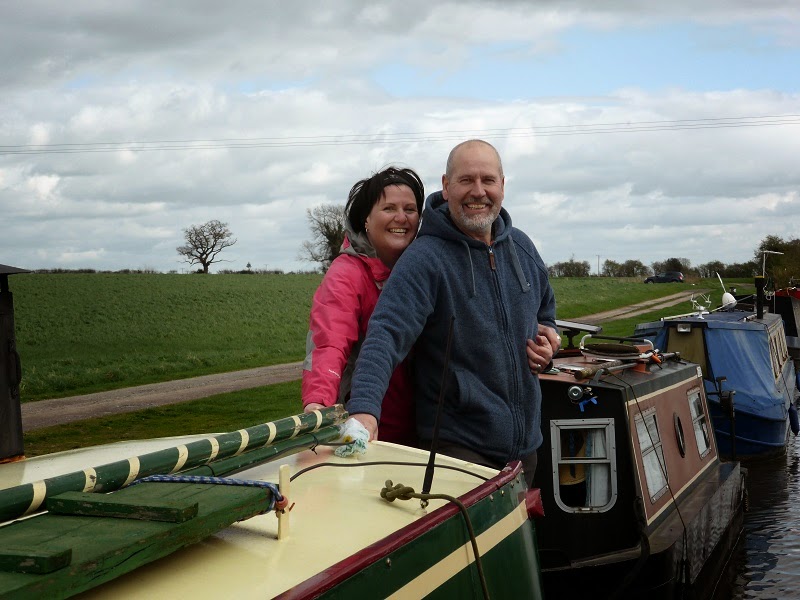 And a few photos borrowed from nb Lois Jane 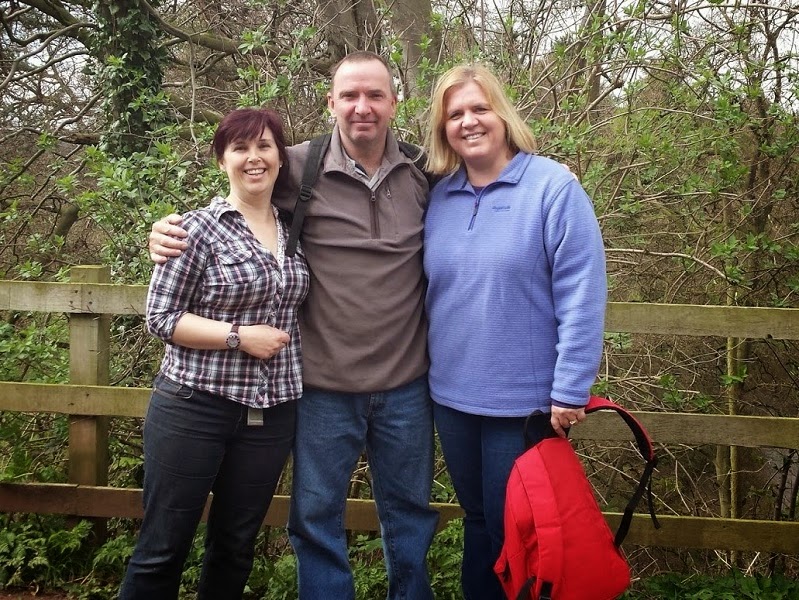 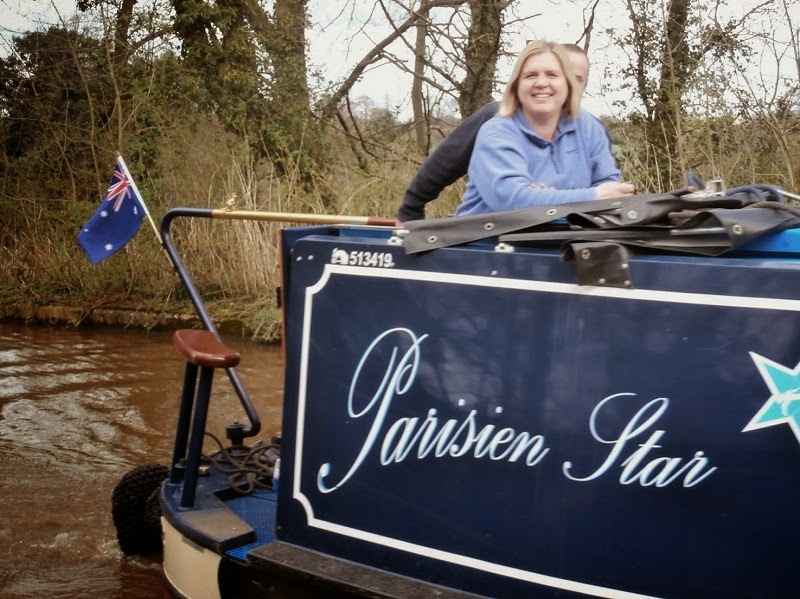 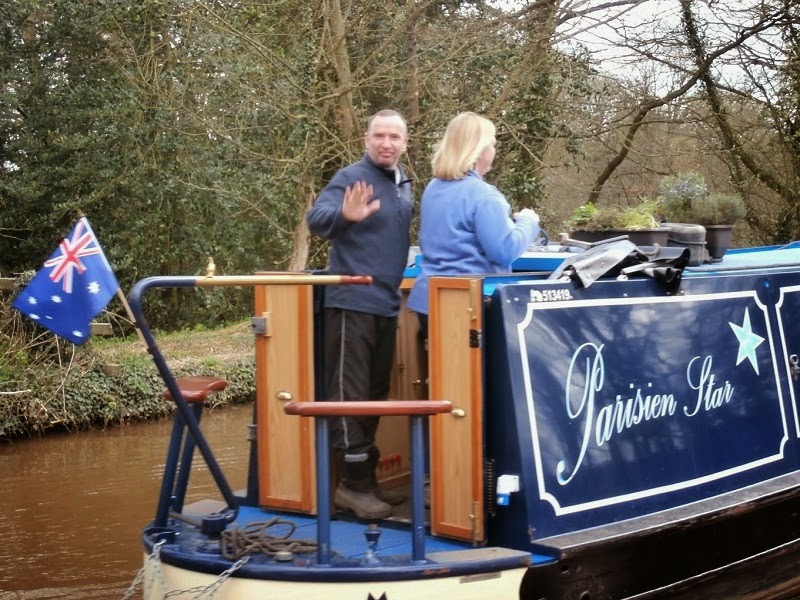