After a few glorious days at Lake Garda in Italy I met up with Mick at Heathrow.  I flew in late Sunday night after flight delays and stayed at a hotel near the airport.  Early Monday morning Mick arrived and had a shower at the hotel and breakfast before we made our way back to the marina.

We took a National Express bus from Heathrow to Birmingham airport and then a train to Stafford.  It was a bit of a shock to both of us to find snow everywhere!  Mick had no jacket as we'd honestly expected it to be much milder by the time he returned.  I'd brought his coat back to the boat with me when he flew out at the beginning of February.

There was utter mayhem at Birmingham New St station.  Usually the train from Birmingham airport is direct to Stafford but due to a problem at Wolverhampton, when the train stopped for passengers at New St they decided we'd have to change to a train across on the other side of the platform we were on.  The very full train full of passengers all clambered frantically with luggage in tow and crowded into the other train.  No sooner had everyone sorted themselves out and a new announcement came over that we now had to change to a different platform again.  The chaos on the stairs and escalator was unbelievable.  I felt very sorry for one fellow who had his dog with him.  The poor thing must have been terrified.  There was also a cuople of very elderly ladies having a hard time of it.  Eventually the swarm of passengers were on the new train and we could leave.  There was an announcement of apology for the "disgraceful chaos".

Parisien Star was as I'd left her and we were both glad to be home.  It took some time to unpack and start to put everything away.  We're almost there.

We had thought we'd leave the marina before Easter but with the cold weather forecast, and we've paid to the end of the month, we'll wait until Monday now.  It will give us a chance to stock up on supplies, catch up on washing, and for Mick to get over his jetlag.

Thanks to all our marina friends who have called or sent text messages to welcome Mick back. He's glad to be here.

Photos of Italy coming up... meanwhile here's the trip home on the bus. 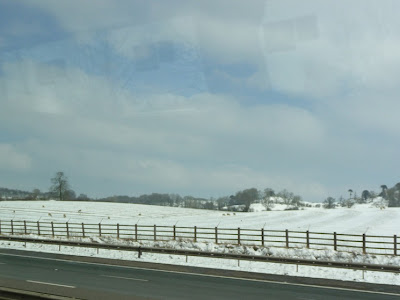 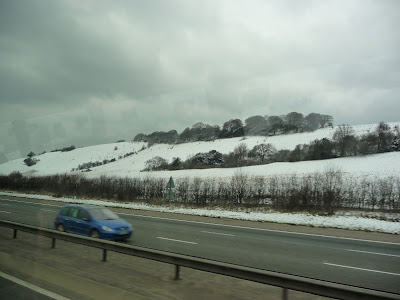 Welcome home Mick, did he bring any VBs back?
Paul x