Another stunning day.  We headed West around the Southern end of the lake, first to Sirmione.  There was a lot more happening at Sirmione and it was much more touristy.  There is a castle and harbour and we had amazing views after climbing to the top of one of the towers.  It was very interesting walking around on the upper levels and views to die for.  I think it would be nice to spend a couple of days there as there's a lot more to see further along.  Shame I had such a short visit to Italy.

After lunch in Sirmione we drove further around the lake and at Padenghe saw a sign saying "castle".  We could see it on the hill so drove up for a look.  What an amazing place.  There were houses inside!  I don't think I'd like to live there - it would feel like being in prison.  Every now and then was a small hole in the stone wall and if you looked closely through there were amazing views.  There was a lovely outlook from the forecourt and parking area in front of the castle entrance too.  A couple of the inhabitants had vegetable gardens which was the only sign of green within the castle walls.

It was a bit of fun trying to drive out of the town down by the lake.  The roads were extremely narrow and there was some roadwork.  At one spot we were diverted down the narrowest road and Claudia lost her nerve and decided we'd have to turn back.  The car behind patiently backed up and we watched as it and the next couple of cars confidently drove through that tiny passageway.  We had a giggle saying they must be muttering about German lady drivers.

Heading back in the direction of Lazise we saw a roadside fruit stall and decided to stop and buy oranges.  The apples and oranges I'd had in Italy so far had been so delicious.  The couple spoke not a word of English and we were a little alarmed when he picked up an entire box of oranges to carry it for us.  Eventually with some sign language they agreed to sell us 6, and 6 mandarins too.  It seemed they sold their fruit by the box.

Our last stop for the day was Desenzano where we sat outside by a little harbour to have hot chocolate.  Way too rich for me! 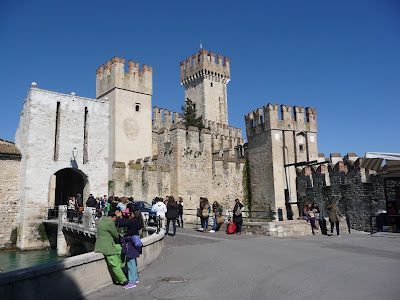 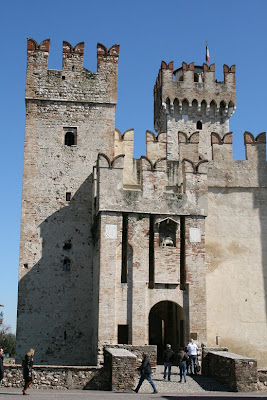 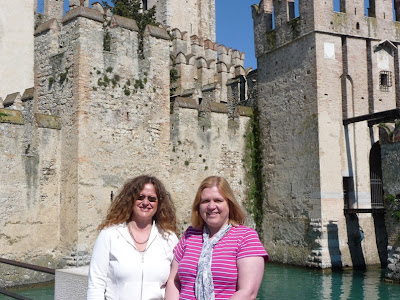 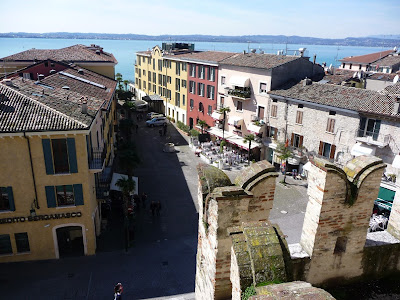 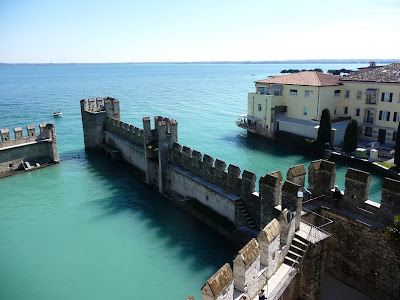 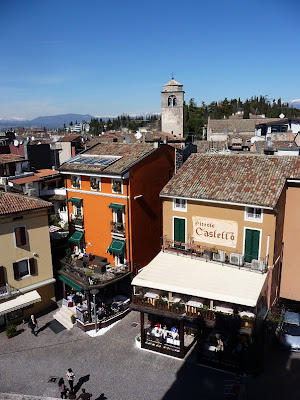 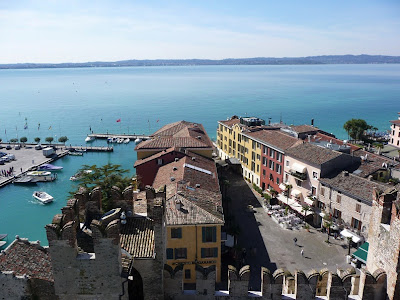 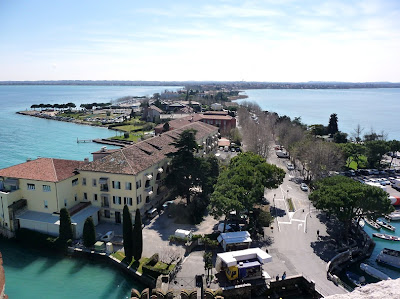 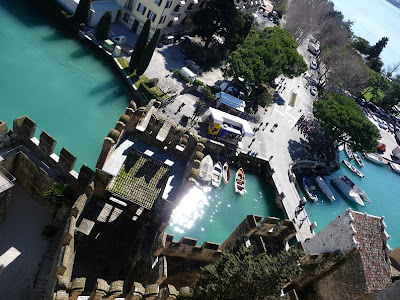 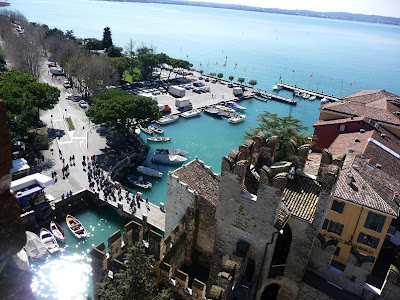 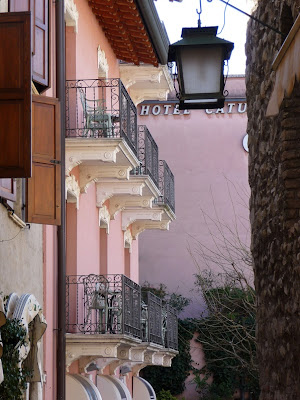 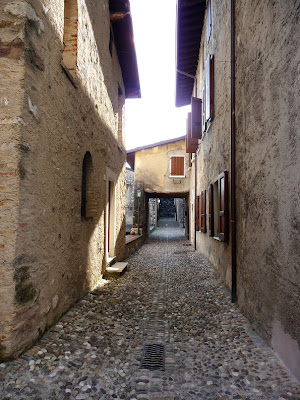 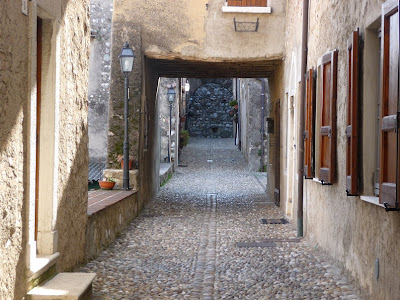 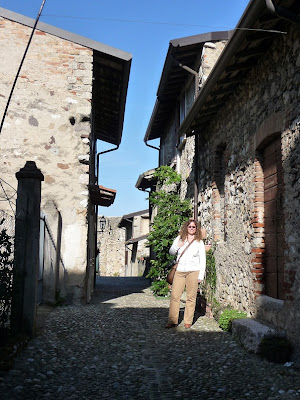 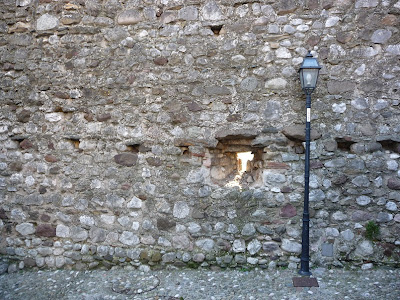 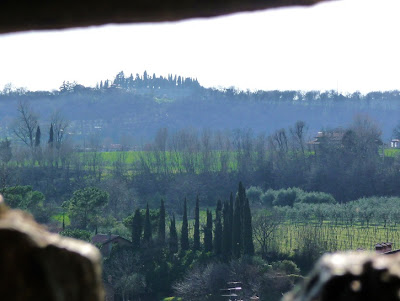 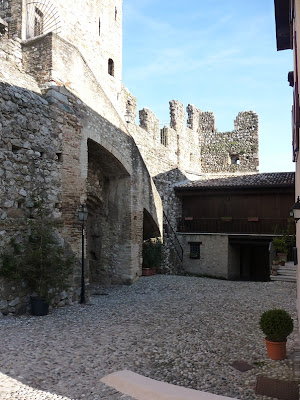 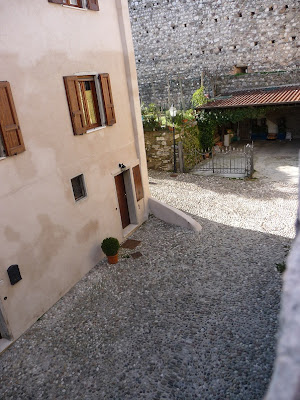 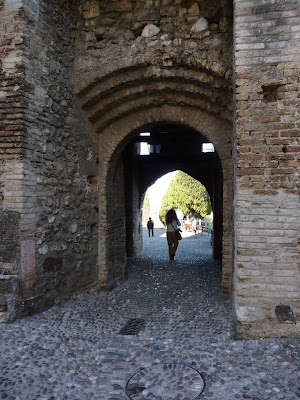 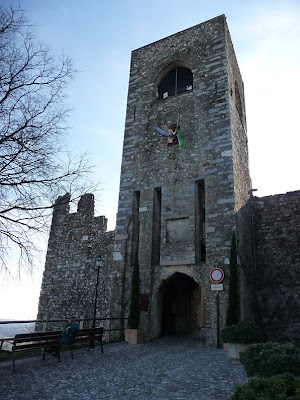 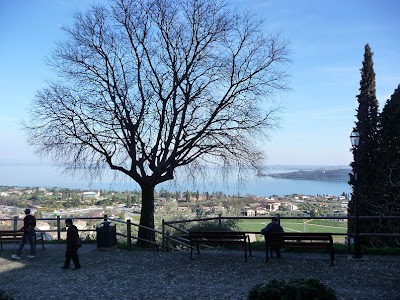 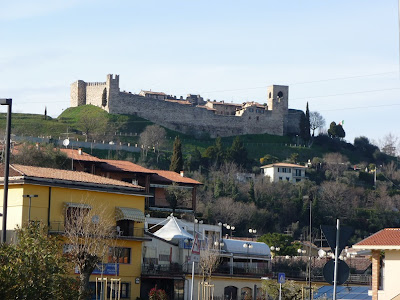 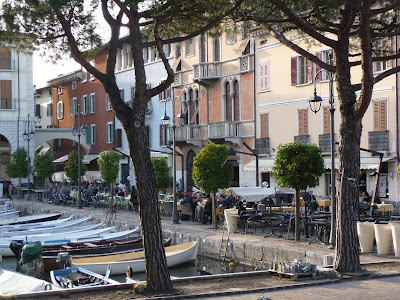 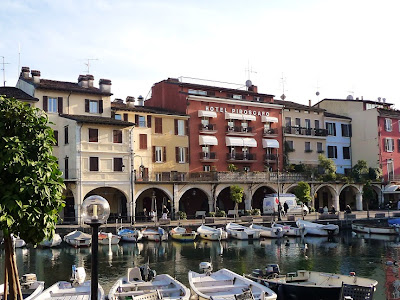