Saturday we visited Verona.  Tamara and I had watched the movie "Letters to Juliet" when I was in Germany a few weeks ago so it was lovely to visit the place the story was based on.  The little courtyard where people leave letters was a bit of a disappointment.  There were so many tourists and it was really sad to see that they'd written in permanent markers on the historic stone walls.  Such a shame.  Plus, there was chewing gum stuck on the walls with names written on.  Horrible!  The council have put up large removable panels in the walkway into the courtyard so people can write their messages there but it's really just a huge mass of graffiti. But, we saw the balcony and took a photo with the statue (it's good luck to stroke the right breast - and it's well worn from this).  Info about Verona and the Romeo and Juliet story : Juliet in Verona

We did the little tourist sightseeing train around the city and went into the arena for a look.  The arena was amazing - dating from the first century.  There are 45 levels with each step being 45cm.  It's a bit too high to comfortably walk up and down - especially down!  Every so often there are some of them with with notches cut out to make stairs half the height which is more manageable.  The views from the top were excellent and we could look down on the market in the Piazza Bra below.  The market itself was great too with lots of stalls selling olives, bread and chocolate.

It was a lovely day out. 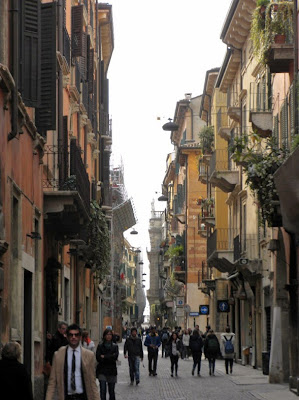 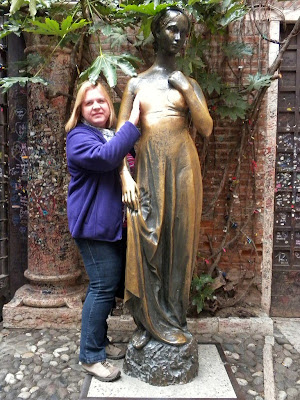 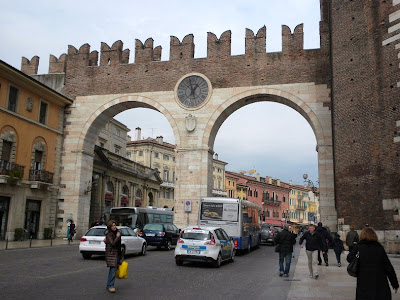 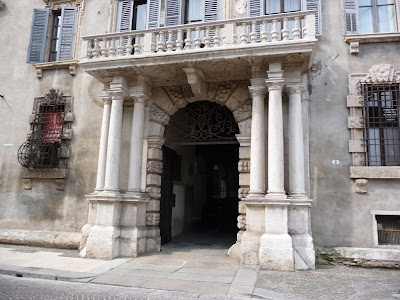 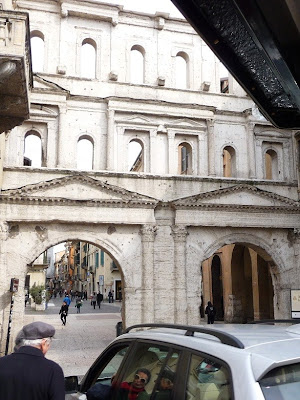 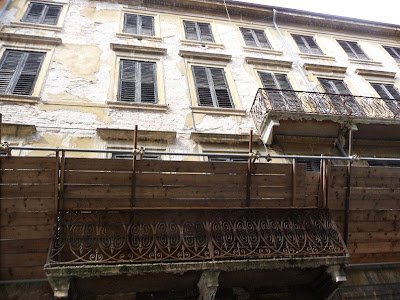 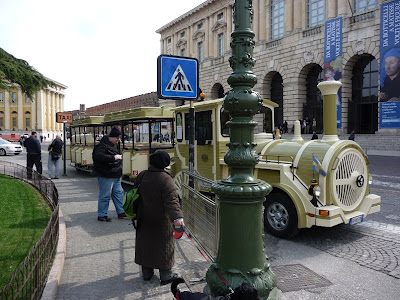 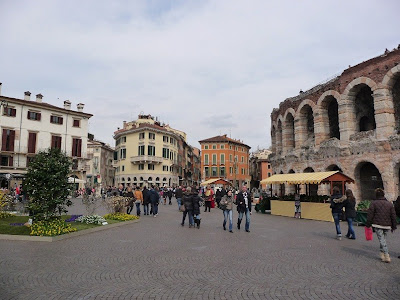 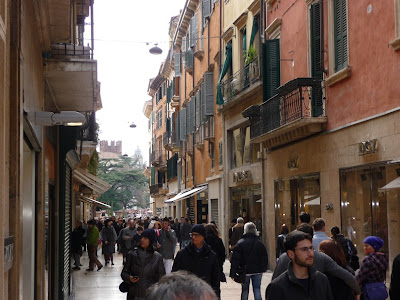 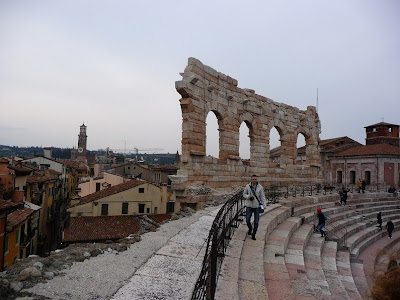 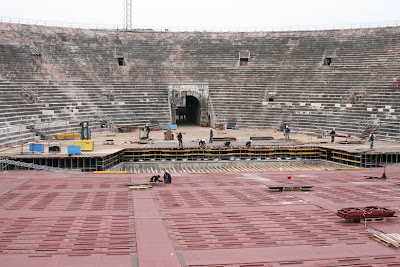 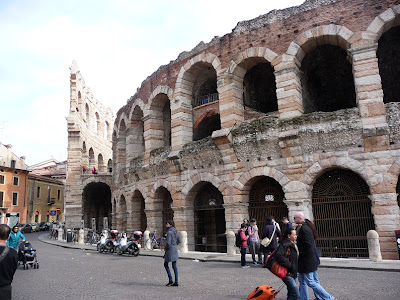 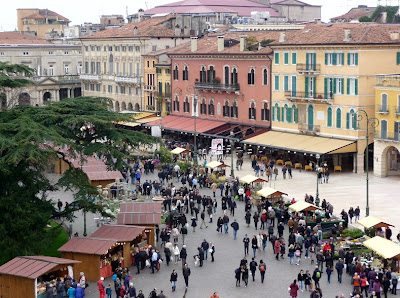 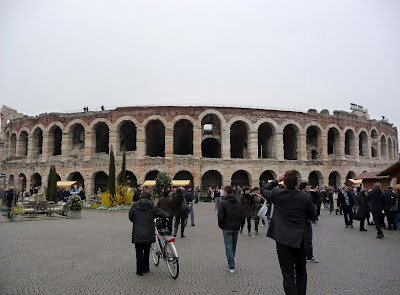 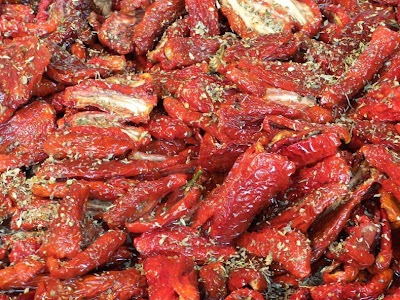 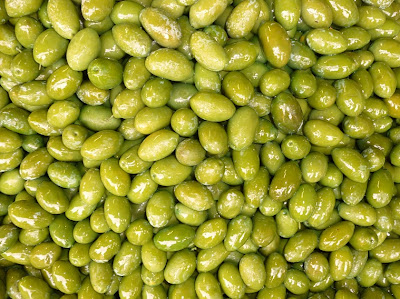 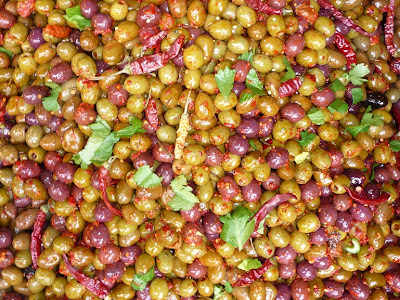 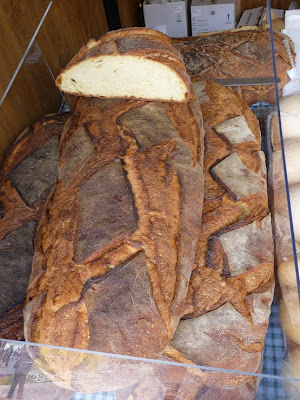 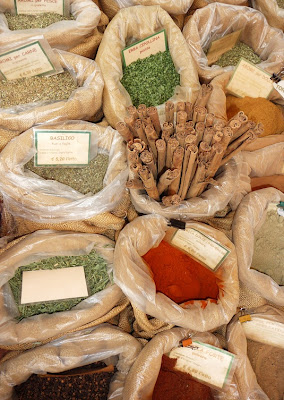 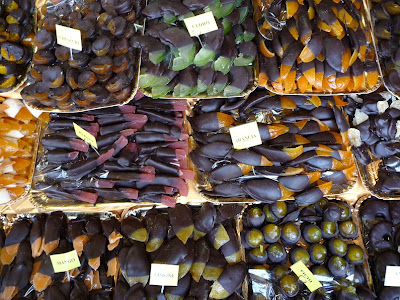