There was a bit of excitement during our short cruise today.  Carol had made a note in their cruise guide that they liked the Malt Shovel pub in Hartshill so we decided to move up there and check it out.  Just two miles away.  Along the way a fellow coming towards us on his boat called out that there was a sunken boat ahead so we should slow down after the bridge.

There certainly was a sunken boat - right across the canal.  We could see nb Winton's Folly stopped against the bank with two men pulling the boat around the sharp bend.  We stopped too and did the same thing.  There was a hire boat pointing in the opposite direction to us and they were just sitting on their boat.  A very cute little boy from that boat came to "help" push our boat along.  The hire boaters called out that they were Aussies - from Perth and Tasmania.  They were stuck where they were as the 70ft hire boat was too long to make it round the bend with the sunken boat in they way.  As it was we only just scraped by.  Before reaching Hartshill we saw a pair of CaRT employees making their way to the sunken boat in a dinghy.  I'm not sure what they were going to do about it with such a little oar powered boat!

We found a nice countyside mooring by which time the wind was howling but it's lovely to look out at green grass instead of brick walls or houses. 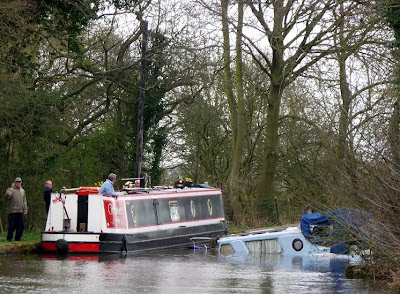 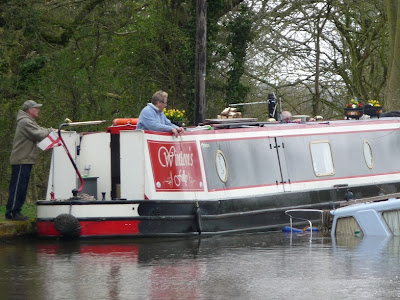 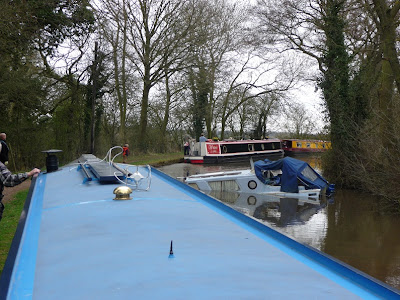 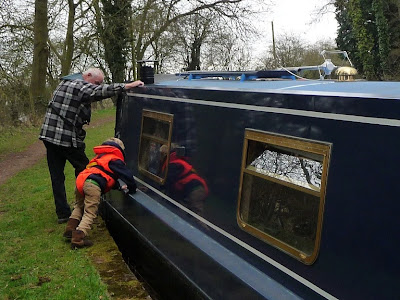 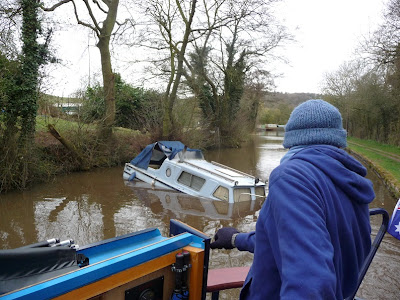