We had moored just before Willowtree Marina in order to have a pumpout first thing this morning.  We want to start the Thames with a clean slate.  They opened at 9am and amazingly Barry was peering through out dinette window not long before 9, asking why I was still in pj's!  We didn't mess around any further and quickly got ourselves organised.  We are very impressed with the service at Willowtree.  We used them on the way into London too.  Each time was a different fellow but each of them were extremely helpful and friendly.  At fifteen quid the price is right, they do a good thorough job of it, and add a little jug of loo blue into the tank at the end.

Passing back through Southall we were reminded why we didn't fancy the visitor moorings.  Bit of a swan dump it is.  A quick stop at the Bulls Bridge Junction to use our Tesco vouchers and we were on our way.  We passed some interesting houseboats.  A couple were double deckers.  We did the first couple of locks and moored below for lunch.  The day was quite warm and extremely humid...too much so.  Whingeing Aussies... we're never happy are we.  There was a single overhanging tree branch so we moored with the stern beneath it for some shade.  Barry and Carol reveled in the sun just in front of us.  Some volunteer lock-keepers came past from the 6 locks below and said they were just off for a lunch break but would be back in half and hour and would help us through.  That's an added bonus.

We passed what is marked in our guide book as "3 bridges".  The canal has a small aqueduct over the railway line while a road bridge passes overhead.  I decided the 6 locks would be good practice and didn't do too badly.  I had one slightly wonky entrance, finding it much easier if Winton's Folly was ahead of me so that's what we did from then on.  We're always teasing Carol because she talks to anybody who will listen to her but today it was Mick talking too much and not concentrating.  Barry was already in the lock and I was not far behind.  Mick without even glancing back, was busy talking to one of the volunteers and pushed the gate shut right in front of me.  Everyone yelled out and he managed to open it again just in time.  I don't think I'd have had a chance of stopping the boat in time.  Bit sheepish he was.

It's quite a pretty lock flight with lovely cottages, overhanging trees and nice private moorings.  We must be fairly near Heathrow as planes flew overhead as we chugged along.

We decided to go through the next couple of locks as well and moor up at Brentford.  We were lucky to get a mooring at all with everyone breasted up.  There were just three boats suitable for us to moor against and right behind us another boat came in too.  A bit crazy I'd think to make these moorings 14 day moorings.  Anyway, we're all sorted out and only about 3 boats apart.  Nobody is moored against the couple of boats between - one being much too short and the other having a canvas wraparound the stern so you can't step over it.

Mick was sitting in the cratch enjoying the cool breeze while I had a shower and he said he saw Barry "pop his head out of the hatch and look around like a meerkat".  He comes out with some funnies sometimes.

There's a collection of birdlife right where we are moored.  We're moored opposite a weir.  We've had a swan family come begging for food, a coot family and a pair of ducks we'd never seen before.  On referring to our British bird book we found they were red-crested pochards.  Mick had a bit of stale bread so he chopped it on a plastic chopping board and came to the open dinette doors to give it to the birds.  One of swans reached right up and grabbed the entire chopping board out of his hand.  We watched in dismay as it floated on down towards Winton's Folly.  I sent a text to Carol to watch out for it.  As I've typed this there was a knock on the hatch.... Barry with our chopping board! 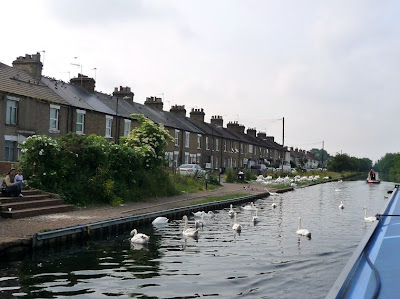 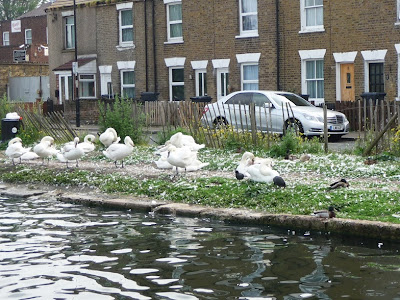 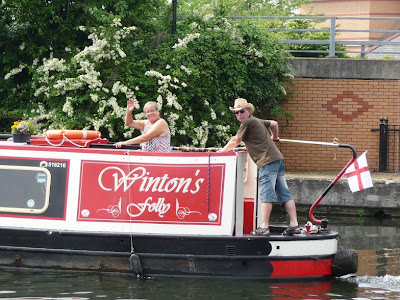 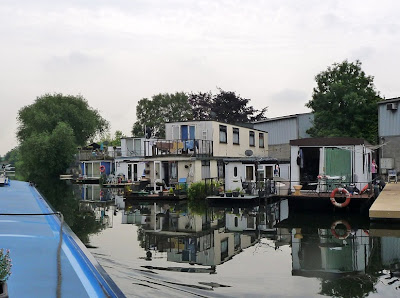 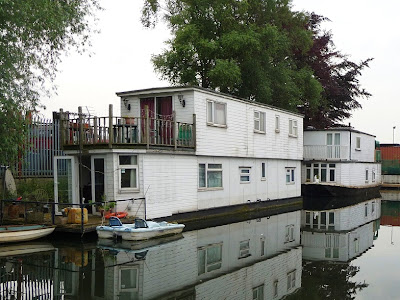 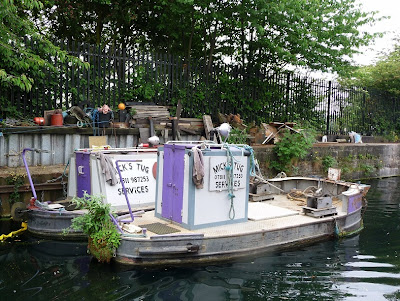 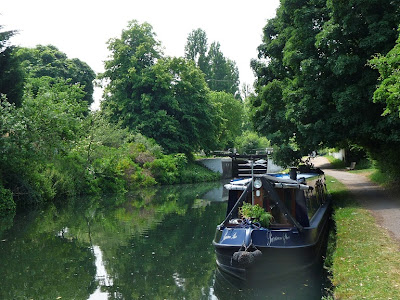 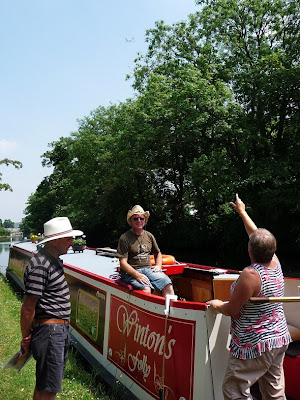 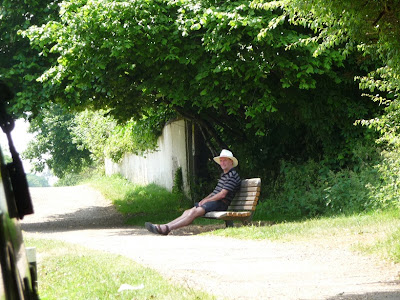 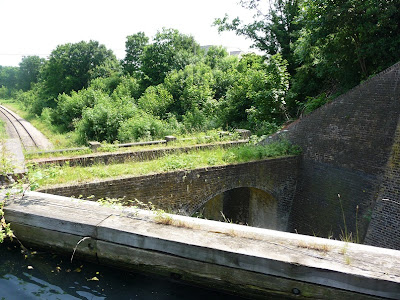 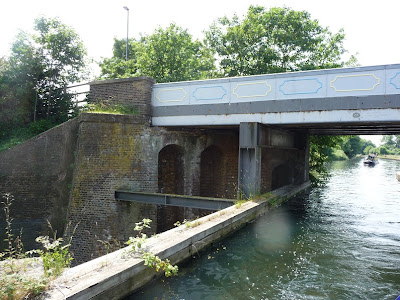 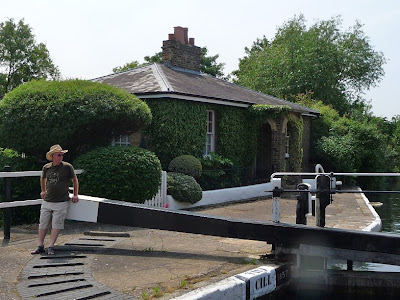 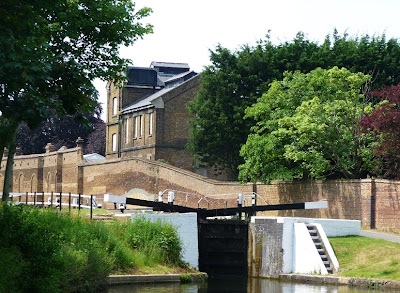 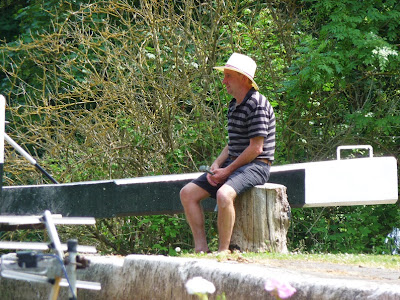 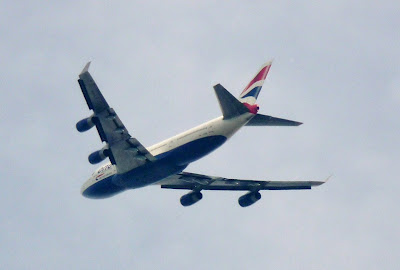 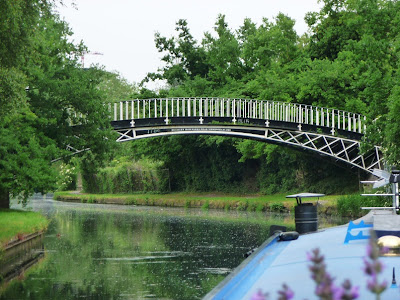 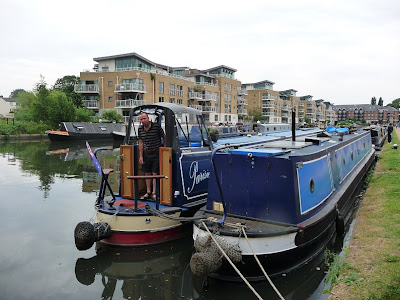 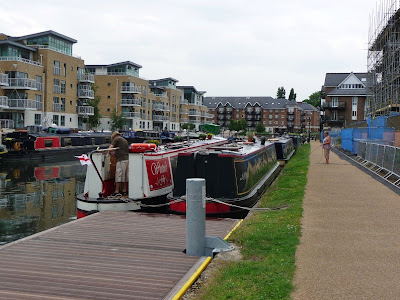 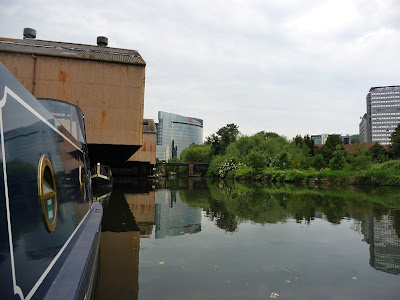 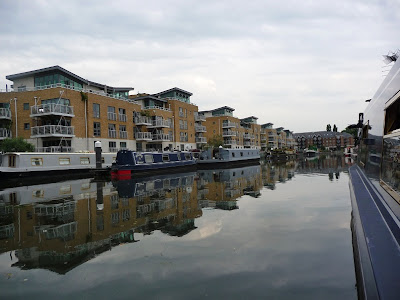