Well, we've done it!  We booked our flights home today.... for the 5th June 2014. After much agonizing we have decided to stay on a bit longer than we originally planned.  Now... to decide where to moor over Winter.

The first boat heading down the locks went past at 6.30am this morning.  It was a couple of hours later by the time we were ready to go ourselves.  All three locks were in our favour so that was a nice bonus.  It makes a difference when the locks are duplicated.  We stopped for water at the bottom, having done a load of washing this morning.

The weather held off most of the way but there was a bit of rain for a short while.  We were at the Rugby visitor moorings not much after 10.30am.  It's a popular spot with a retail park so close and the only available mooring was the one Barry and Carol had been on last time we were here.  It was the first mooring and not quite long enough so we have our stern against some blackberry.  I got the pruners out and nipped them back a little so now we can at least walk along the gunwale to get out that way.  We like it when there's no boat behind and even better that it would be difficult to get to the back of the boat.  Boats have come and gone all day with many just stopping to visit Tesco and then going on again.

We went down to where we'd seen a shop last time that seemed to stock just about everything household.  With another 10 months ahead of us now we decided we'd get a few picture frames.  We found some other useful stuff.  Mick bought a ten quid jig saw, I found a Regatta fleece on sale, and there was a Currys so I bought a new wireless mouse after an unfortunate mishap with the last one.  Just as we emerged the heavens opened.  We scuttled into Subway and sat out the rain over lunch.

The rain came on and off over the afternoon while I worked and booked our airfares.  Looks like more of the same tomorrow. 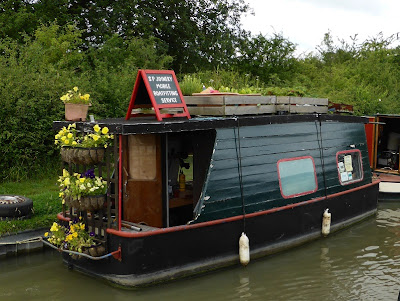 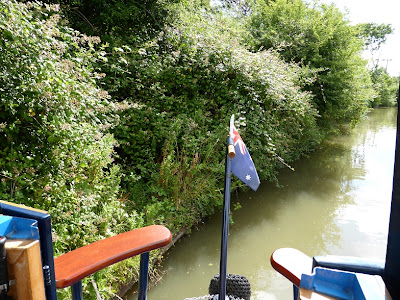 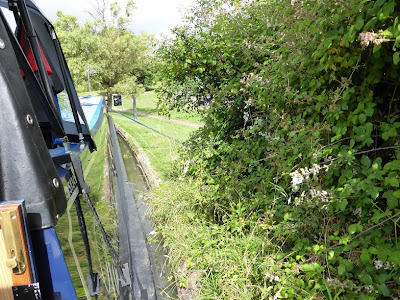 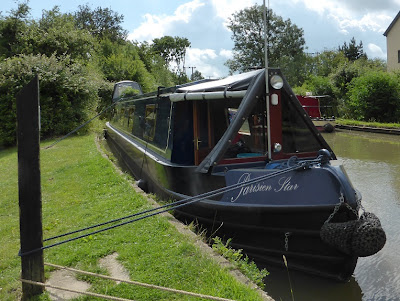 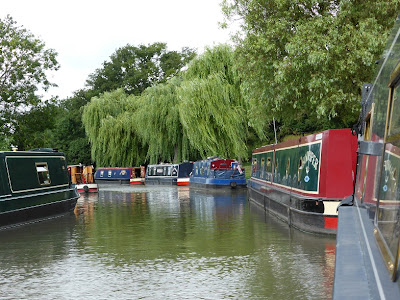 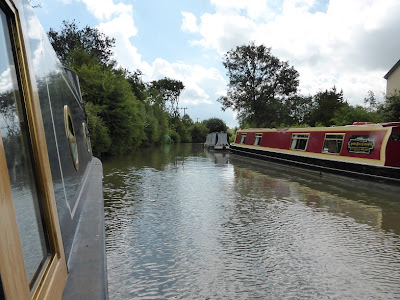 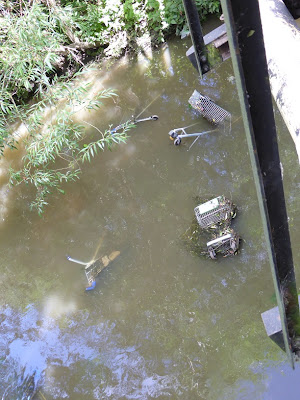 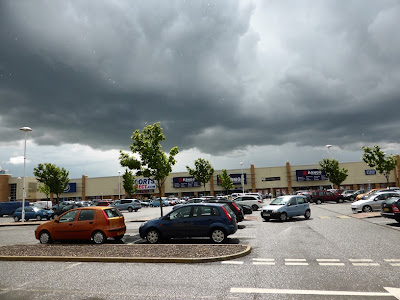 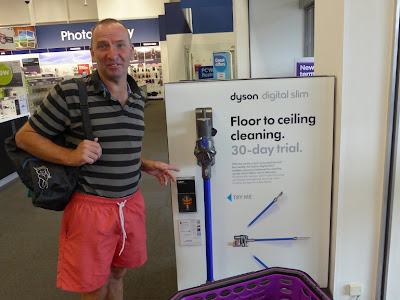 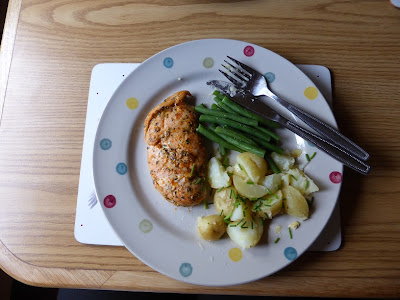 Glad to hear that you are staying on for a while longer, hope to meet you both on the cut before you go. Bye the way we have just bought one of those Dysons, they are fab!
xx

So the boss said yes then to your extended stay! If you want a good marina to stay at over the winter Mercia Marina in Willington on the Trent & Mersey has always been a favourite of ours. Glad that you are staying in our fine country and hope to see you along route again.

Hi to you both we have enjoyed reading your blog for quite awhile, we too also hope to become liveaboards next year (fed up with the rat race).
Reading you blog has been very informative. We hope you enjoy another british winter.

Good move, 99% certain we will go back to Aston marina. Still waiting to here whether I am required bck in Oz this year! We are now seriously looking a buying in a little village over here, after the motorhome excursion...plans plans plans.
Paul xx

Makes perfect sense to stay on.We all need our daily fix of PS....The Dyson is the perfect tool for NB's even though a little expensive.

A good plan to stay longer living the dream. Aston marina is still a good choice.xx

Thanks everyone. We are glad we've made the decision and look forward to the next 10 months. We will certainly miss our floating home when we leave so we are glad of a bit longer.
Elly

Hi Elly,
A post I guessed would come soon. Well done you two 12 months would be short, knowing how much more you could fit in between now and September.
Great my nightly fix can carry on as well !

Oh, how I remeber this day. Glad to be able to stay longer but sad that we now had a deadline. Nice to be reminded of the milestone.:)
Elly