The weather had turned a little yesterday and it was no longer so warm.  Last night was quite cool.  Mick had spent the day polishing the boat and I had work to do.  The day passed quickly.  In the evenings the lambs were frisky, running around together.  This is certainly the loveliest of mooring.s

We decided last night we'd head back to Stoke Bruerne today.  Barry and Carol were facing the opposite way so they had a little more of a cruise than we did.  We let them head off and about half an hour later we left too.  At the bottom of the Stoke locks we stopped for water and before we'd finished filling the tank nb Winton's Folly had pulled in for water too.

We set off up the locks together with the wind increasing.  Mick and Barry had fun perfecting their tandem lock entries.   At the second last lock I got chatting to an American couple who were here on holiday.  While we worked the lock the rain began.  I hurried up to the final lock and stood in the pouring rain.  It seemed to take forever to fill.  As we left the lock I noticed an Ocado van in the museum carpark.  They were early but it was the Raspberry van.... just as we expected.  Carol went over to tell the driver we'd be just a few more minutes.

The American couple were at the lockside so I said to them if they wanted to walk along until we moored up and they could come on board and have a look at the boat. Once we were sorted Mick raced back for the groceries and I showed the travellers through the boat.  Barry offered them a look inside Winton's Folly too.  I remember how thrilled we were years ago to see inside someone's boat.

Jane had sent a text during our lock work, saying she'd come and find us for a cup of tea.  We had an enjoyable chat and walked back to her car with her to check out her purchases for the day - a car load of plants!

We have a tub on the roof of the boat with herbs in it - rosemary, sage and thyme.  I'd bought a second tub the same and been trying to find some other herbs for that one.  We shared a lock on the way down the locks the other day with a boat that had an overflowing herb pot on the roof.  The lady said she just potted up the cheap "growing herbs" from the supermarket.  So now we have our second tub planted up.  It looks great!

The duck with her ducklings that were her in Stoke last weekend have made an appearance again.  The ducklings have grown since we saw them last.  We decided to wander down to the Navigation pub for an early dinner.  Nice to have a night off cooking.

Photos :
1. Pretty outlook from the window last night
2. What a mooring - looking across the canal
3. Look at the reflection!
4. View from the village
5. In the middle of nowhere
6. And from the other side of the boat
7. - 8. The countryside along the way was lovely
9.  Growing ducklings
10. Jane's carload of plants 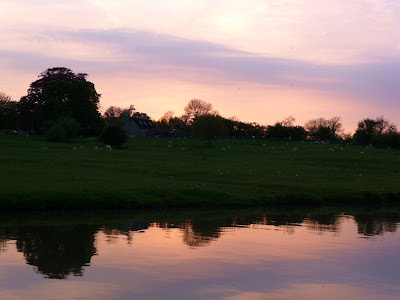 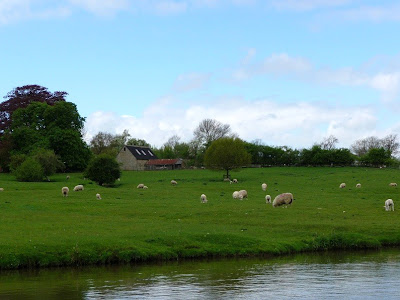 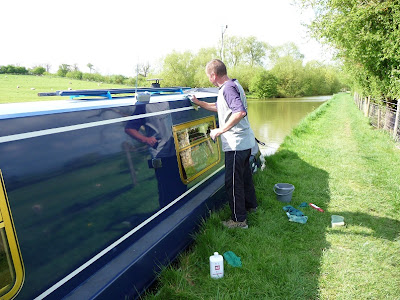 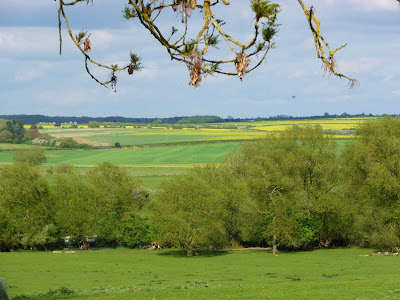 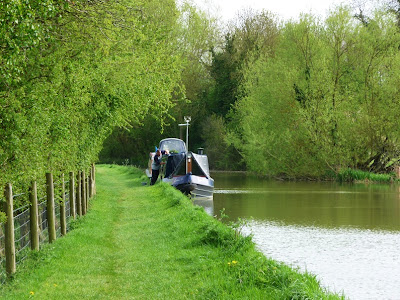 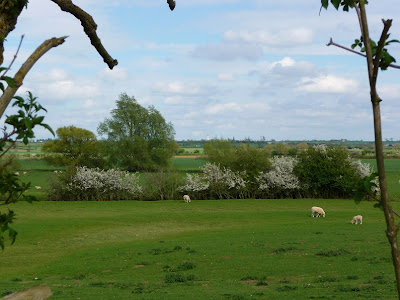 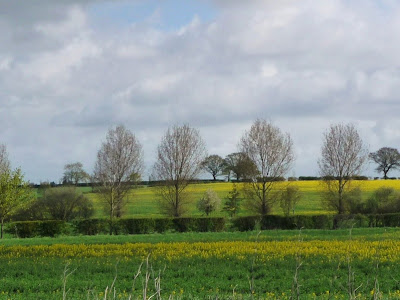 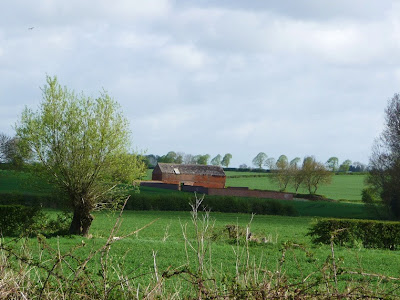 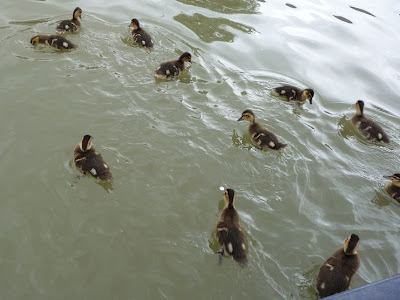 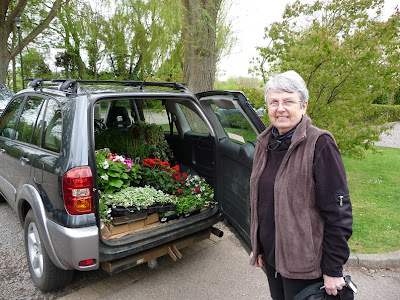 Hi, looks like the polish is working well!
Cheers
Roger