I woke this morning with itchy feet!  No.... not that kind.... the kind you get from insect bites.  There were a few giggles when I got Mick to bring me back 2 bottles of Aerogard from Australia but they'll get good use.  We sat in the grass by the towpath in Cosgrove and with bare feet.  Next time we do that I'll get out the Aerogard and "avagoodweekend".  Non-Aussies will have to read about that on the wiki link above.

I went to Tesco for the last forgotten groceries and Mick went in search of some picture hooks and a bottle of something to stop the tops of my feet itching.  We had a morning cup of tea on nb Winton's Folly and a bit of a planning meeting for our cruising over the next few weeks.  Then it was back to do some chores... then lunch... and off we went.

Carol had a lucky break yesterday.  We went to the pharmacy for her to ask for advice about her swollen cheek and the pharmacist said she really should see a doctor.  Not so easy when you don't have a car and you aren't in the area of the all important "address".  Amazingly there is a "walk in" clinic at the hospital in Milton Keynes and two hours later she was back on the bus with antibiotics in hand.  What wonderful service.  Hopefully in the next day or two things will start to improve as the antibiotics do their job.

It was an overcast day but at least not raining.  The first half hour of our cruise was ground we'd already covered a week or two ago.  Then it was onto less familiar territory although we did go to the other side of Milton Keynes when we hired a boat in 2007.  We stopped for water at Lindford Wharf - a bit of an awkward affair as there's only the one tap and our hoses would only reach the mooring right in front.  We tied up to nb Winton's Folly and did what the English do best.... made a cup of tea.  We had our afternoon tea perched on the gunwales between the two boats and Mick kept an eye out for the water tank filling.

We ended up mooring on a quiet stretch of canal.  Although it's a very suburban area, you'd hardly know it.  Milton Keynes is a city built in the 1970's.  I know that sounds like it would be pretty awful, especially in a country with such amazing historic architecture, but it really is a pleasant place.  There is plenty of green with trees, gardens and parks.  There also appears to be quite a number of lakes.  All this must make for a very nice place to live I'd guess.  The wiki link is worth a read.  We're looking forward to checking out the city centre in the next couple of days.


Today's selection :
1. Another look at the apartments within an old building framework at Wolverton
2. nb Winton's Folly passing the mural beyond Wolverton
3. A grey heron
4. Crossing an aqueduct across a motorway
5. This house had a pretty garden and mooring
6. Canalside cottage
7. First cygnets 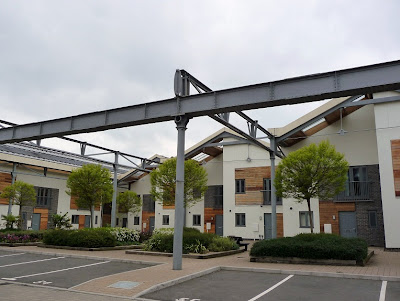 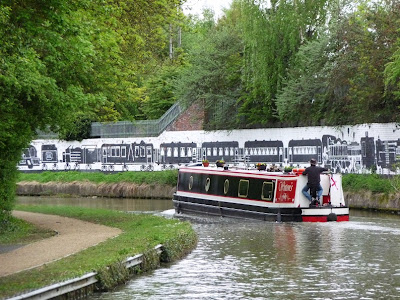 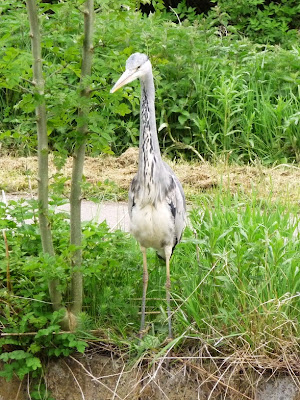 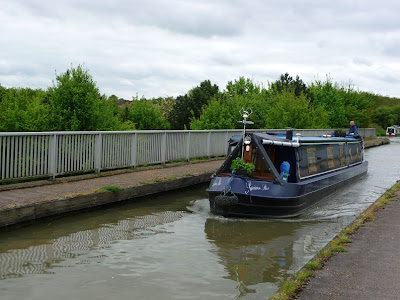 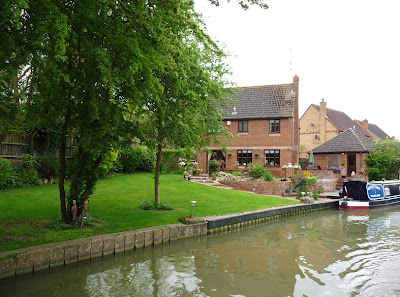 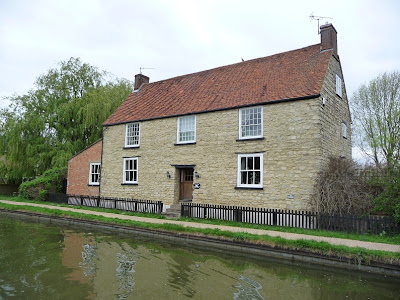 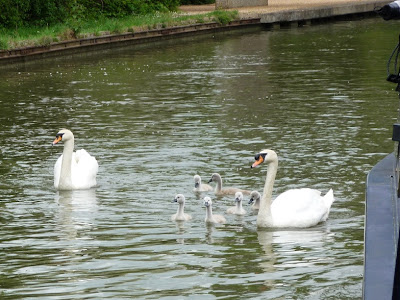