We made the most of another Monday with the marina closed.  First was a delivery from Ocado.  The driver was quite bemused to be delivering groceries to people who came rushing out of their boats, collecting a little cart, and meeting him at his van.  Jim and Joan from nb Two Jays were picking up theirs too.

I had the washing machine running all morning so the clothes could go in the marina dryer.  I'll try to never use the laundry on a Friday or Saturday again.  The week before I put our washing in the dryer late afternoon and when I went back a couple of hours later I saw one of the kitchen staff from the bistro emerging from the laundry with their huge pile of washed and dried tea towels.  I thought nothing of it until I went in and saw our sodden washing dumped on top of the dryer.  They'd taken our washing out and used our dry cycle to dry their tea towels!  And not even the courtesy of putting the washing back and adding a couple of tokens of their own.  I was re-imbursed the two tokens but won't make that mistake again.

This afternoon was a boaters tea party. It was nice to see Elaine out and about.  Martin and Cathy from nb Moriarty came along too.... and finally there's Ray with Sammy and his trendy coat. 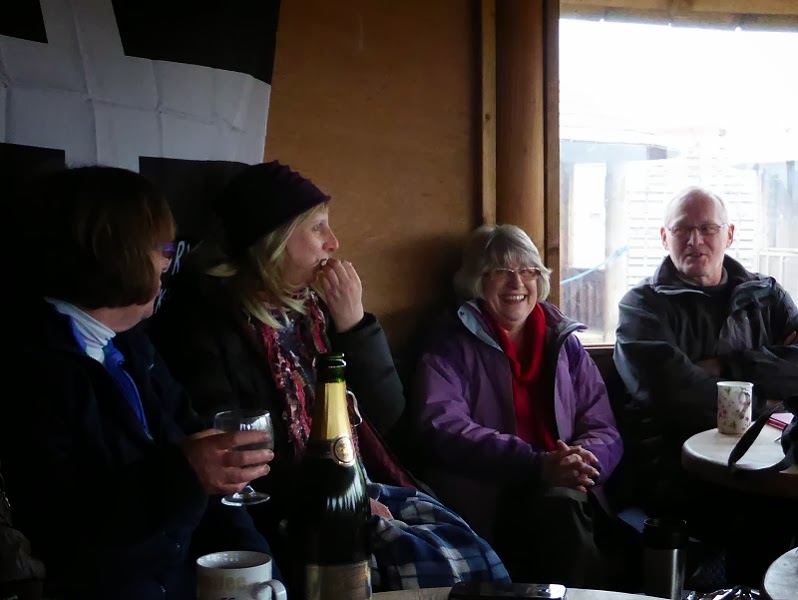 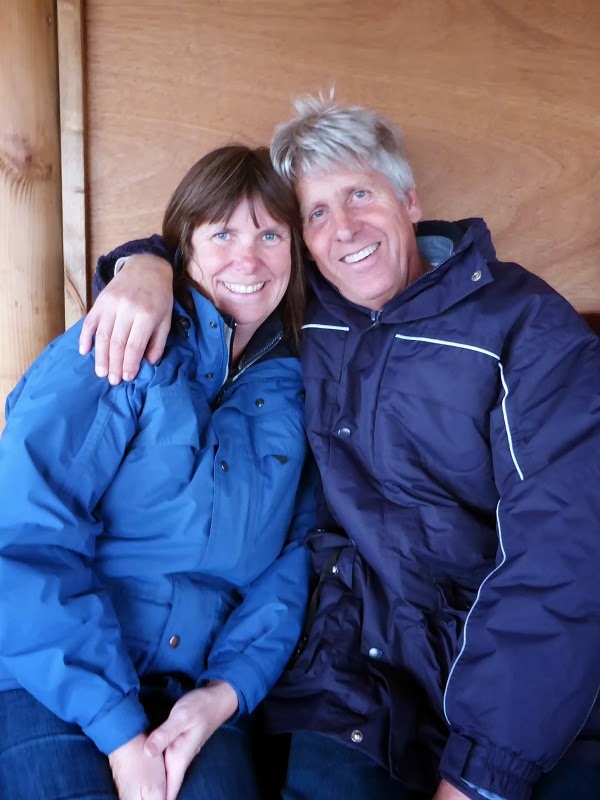 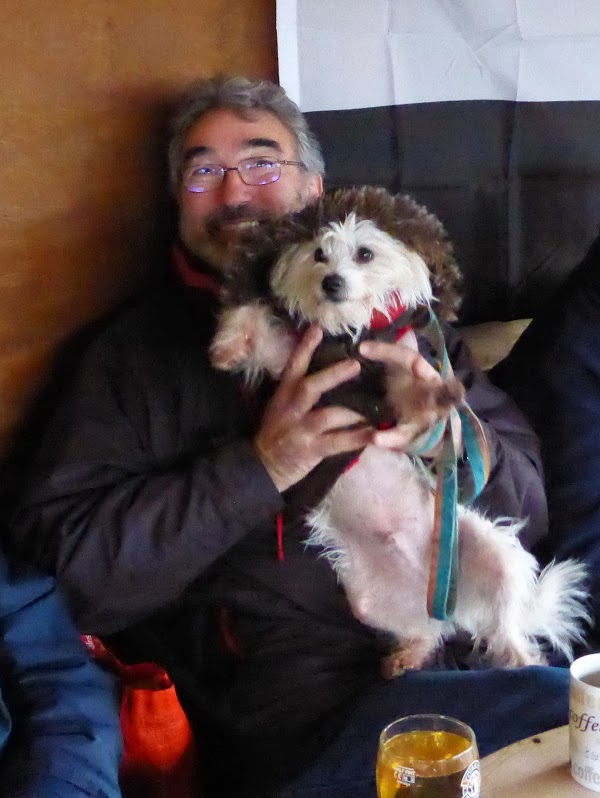 I got right up to date with work, in fact I ran out before my allocated time was up.  There's been a few emails from home complaining of the weather.  The heat seems to be relentless.  I'm glad we're missing this extreme Summer!  My mum's been making garlic bread by wrapping it in foil and putting it out on her pavers!!

Walking along the pontoon I spied Missy and Milo, the two little kittens belonging to Andy and Jean.  They were sitting so nicely just inside the rear doors of nb Josephine.  Cute little tikes they are.  When I bent down to take a photo they came out to say hello.  Missy (I only know who is who when they're together because they look so alike) came slinking around my legs for attention and decided she would follow me back to our boat.  Having heard her story of falling into the water between a couple of boats, I sent her home.  She followed me again so I picked her up and popped her back on the boat. 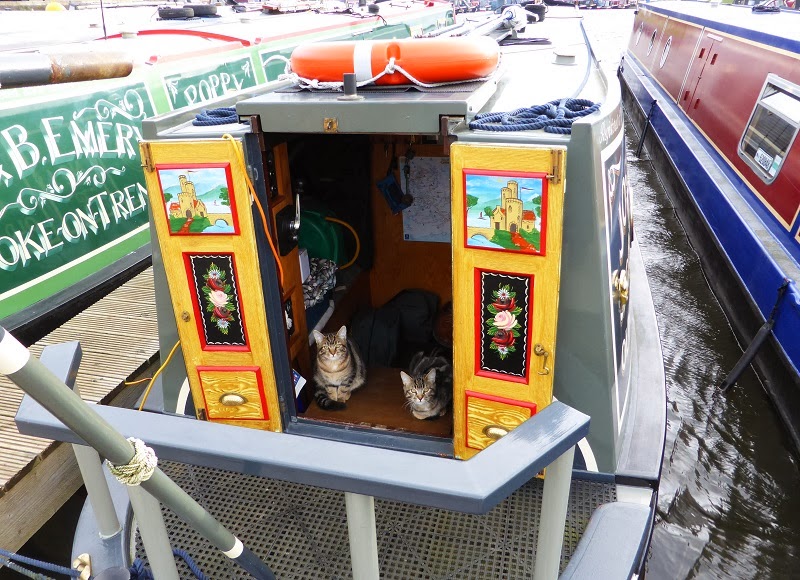 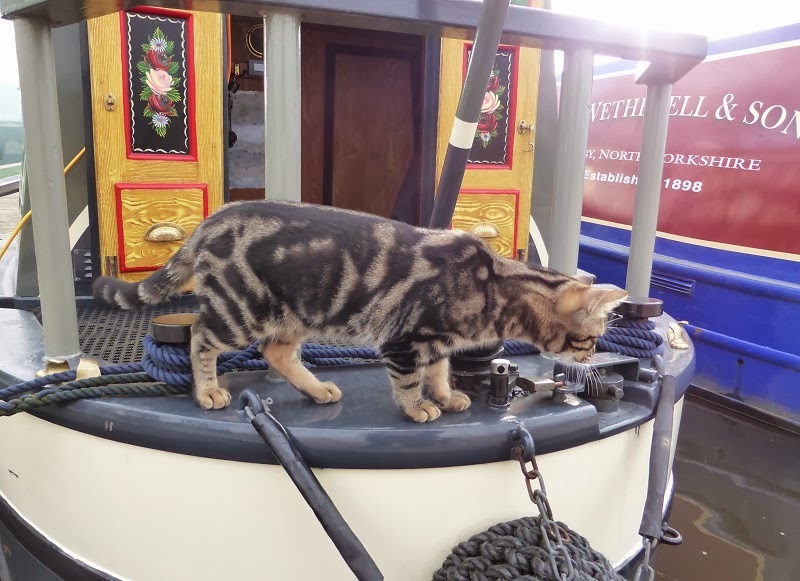