We got up early today as there was a full day ahead.  The washing machine was going while we had breakfast and by 9am we were over at the bridge where the services are.  Mick got started on the loo pumpout and I rang the marina office for someone to come over and fill our diesel tank.  Martin from nb Moriarty came over for a chat and jumped aboard for the mini cruise out the marina exit, along the canal, and back in the entrance to reverse onto our pontoon.  I think there was a bit of nervous anticipation about reversing into our mooring in the brisk breeze.  A job well done, Mick.

We had a visit from Claire and their little dog from nb Rose of Sharon.  Nice to meet you, Claire.  Missy the little cat down the pontoon came out to defend her territory when they tried to walk past.  I'm sure that cat thinks she's a dog.  It took some coaxing to convince the dog to walk past the hissing kitty.  It's so comical to see the tiniest cat I've ever seen hissing defensively at a dog who is scared of her.  Funny.

I took the two loads of washing up to the dryer and paid for the diesel top up and by the time we got back settled on the pontoon it was time for us to go back around the marina for coffee with Clare on nb Foxglove.  It's been lovely getting to know you Clare.  I've enjoyed our chats!  Mick even managed a photo of Clare and I before we left, giving Wish a final pat.

We collected the washing on our way back, put another load on while we had lunch and then a break before the next social engagement.  Time enough to pull apart the dinette seats to put the wheelie case away and a few bath towels for the Kiwis arriving in a few weeks time.  It still amazes me that we managed to stash our two suitcases and our cabin wheelie case under that one dinette seat.  This is a new wheelie case as the old one began to lose its stitching on this last trip to Germany.  It served me well since 1999 on so many flights so was due to be replaced.

Next was a cup of tea with Roly and Bev on nb Klara.  We've so much enjoyed your company, both in the marina and when we've met up on the cut.  Thanks so much Roly for all the times you've given us a lift, picked up coal, and taken us on an outing.  Just look at Phantom slouched over Roly as if he were his personal armchair.  We always get a giggle out of the way this dog likes to sit on Roly's lap.  Such a daddy's boy.

This evening Martin from nb Moriarty joined us for dinner. Cathy's away for a couple of days.  I promised her I wouldn't feed him unless he'd had a haircut and it was a little alarming to see there was no haircut in evidence this morning.  Thank goodness the problem was rectified by this evening.  What on earth would I have done when he arrived at the door?  Sent him home?! 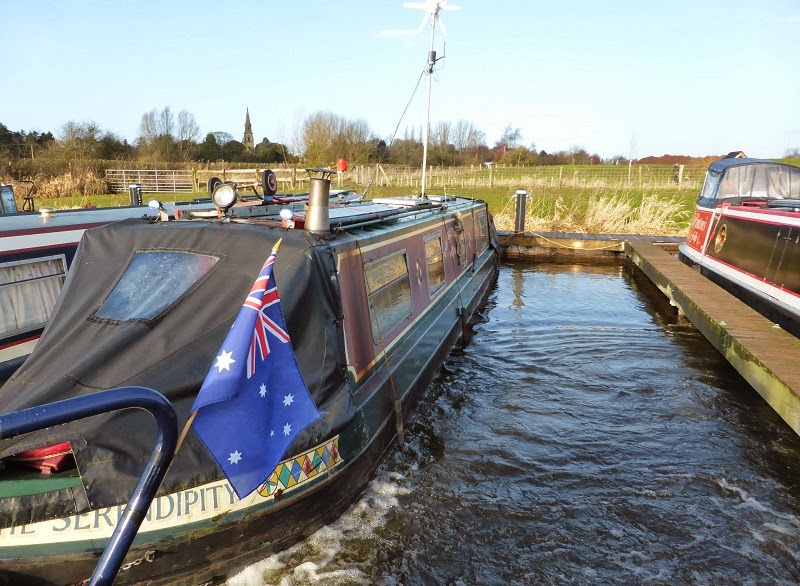 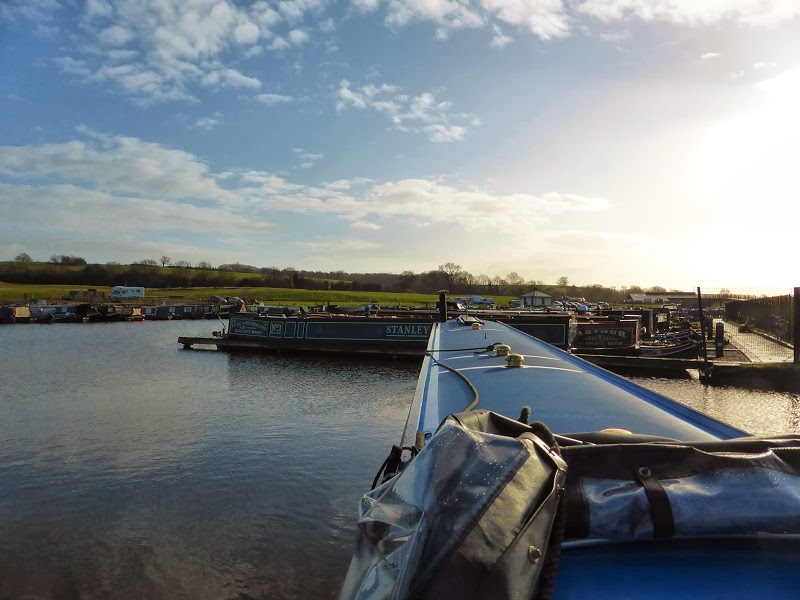 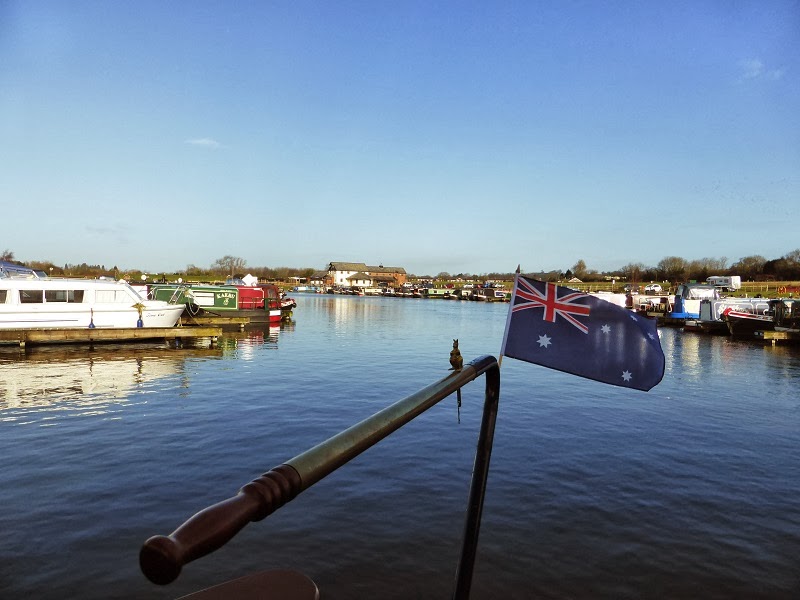 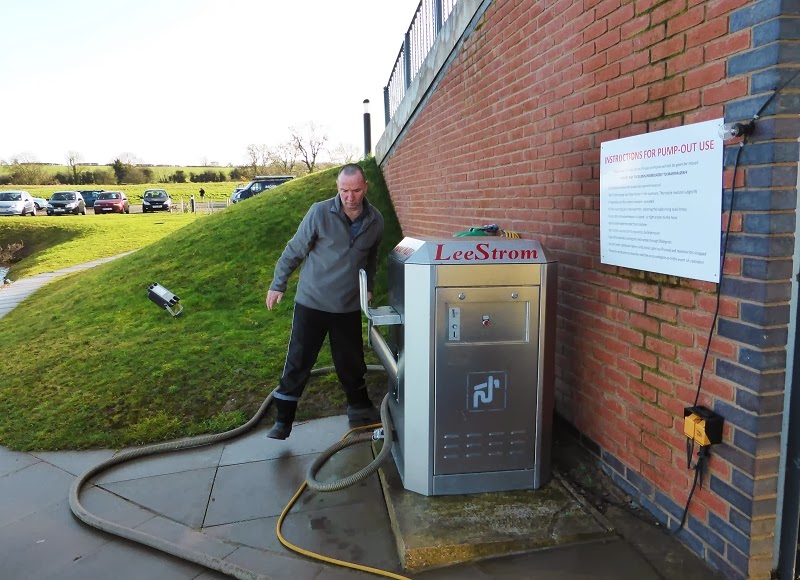 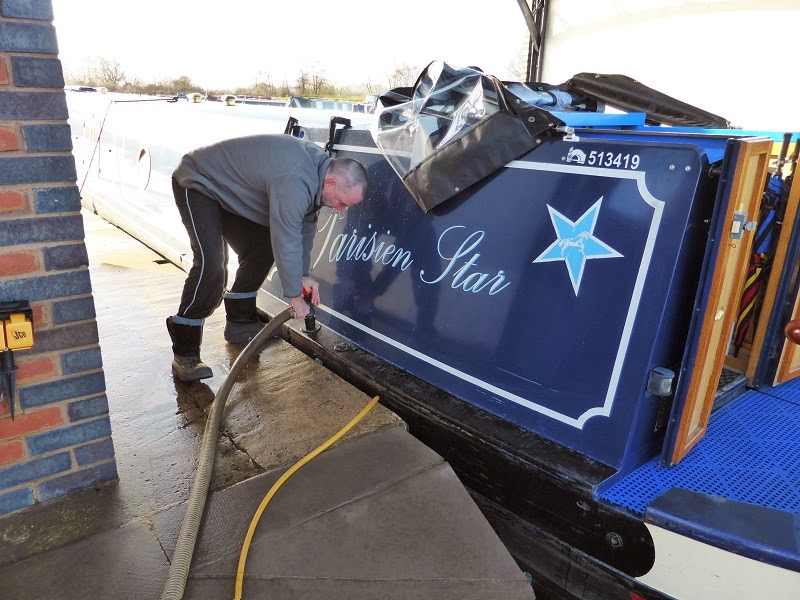 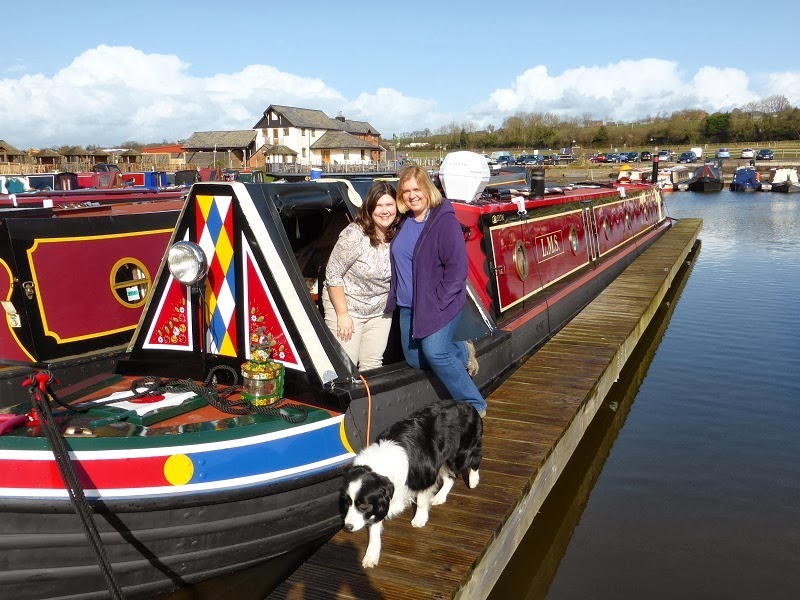 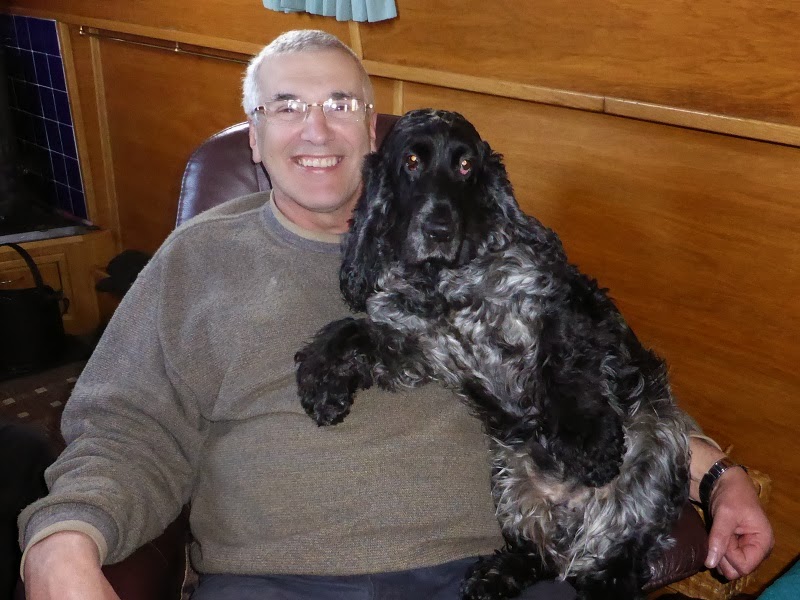