Out for a cruise

We decided that as we need diesel and a pump out it would be silly to leave the berth to go and do those things and not make the most of it and cruise on.  The weather looked good for the morning and again for tomorrow so off we went.  Alas it meant missing afternoon tea again but with early appointments in Stone tomorrow it was worth taking advantage of the nice weather.

We ticked off our mental list of things to be done before leaving the marina mooring.... pram hood, chimney, aerial, electric lead, centre ropes on.  We decided to turn at the winding hole below the Stone bottom lock and reverse through the lock onto the visitor moorings above.  They get a bit more sunshine.  That was the plan and we had our fingers crossed there'd be moorings available.

I steered into Aston Lock, worrying that I'd be so out of practice that I'd make a mess of it but didn't even touch the sides.  It was gloriously sunny and felt great to be out.  We enjoyed the short cruise into Stone and as we rounded the bend we could see moorings... empty ones!  The serial offenders must have been moved on.  There's two boats still there from before we went into the marina.  So they've been there for a good 8 weeks, one of them on a 48 hour mooring and the other on a 5 day mooring.

We encountered another boat reversing back to his mooring from the water point at Stone so lurked at the winding hole to wait for him.  I walked up to the lock to assess the mooring situation above.  The timing was good as another boat was reversing back into the lock to come down so we could go up after them.  It's the first time we're reversed into a lock and it looked so strange from the lock side.  It all went well and we even got my favourite mooring.  Perfect.

I worked for a few hours with light streaming in both sides of the boat and a lovely outlook while Mick went out to do a couple of errands.  One of them was a failure.  We have a statutory declaration that we need to have witnessed.  We tried the police station the other day and there was no police officers in residence so Mick went again today.  They wouldn't witness it!  The sergeant said he wouldn't because he didn't know Mick.  I don't know if things are different over here but a witness only needs to see ID to confirm the signature of the person signing.  Ho hum... we'll try the dentist tomorrow.

We received a text message in the afternoon to say Barry and Carol were back at the marina and they were going to come up to Stone too.  Carol's on early babysitting duty tomorrow morning so it's looking like we'll all be up early for our various appointments... except Barry, who says he's sleeping in.  There was a knock on the side of the boat a couple of hours later and we enjoyed a chat and cup of tea. 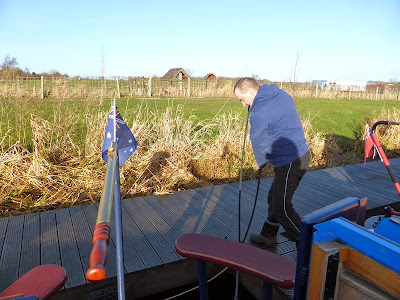 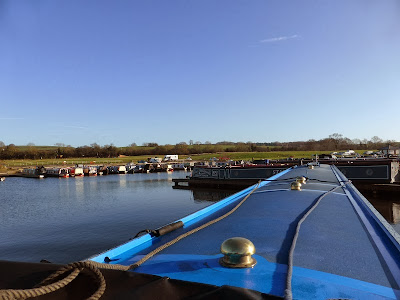 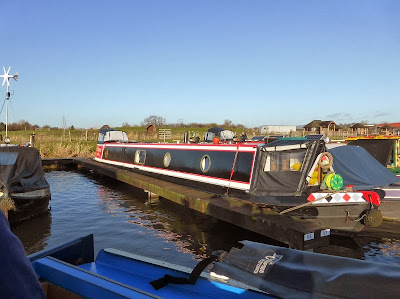 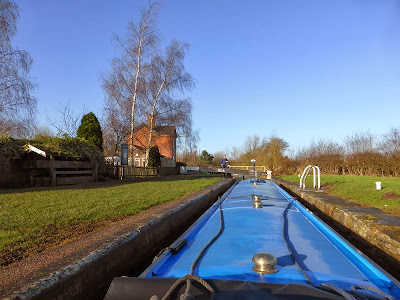 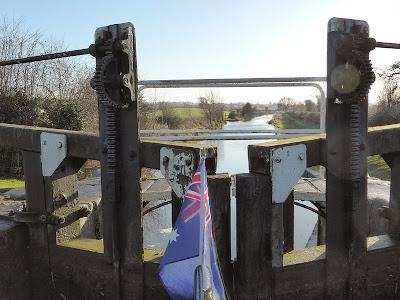 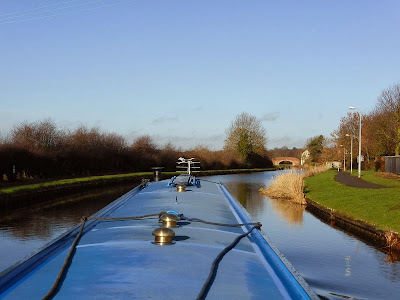 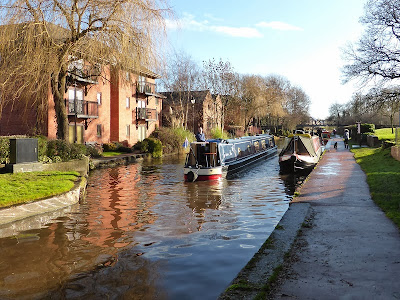 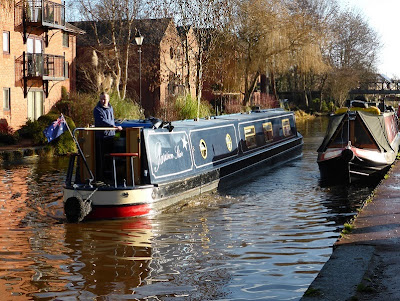 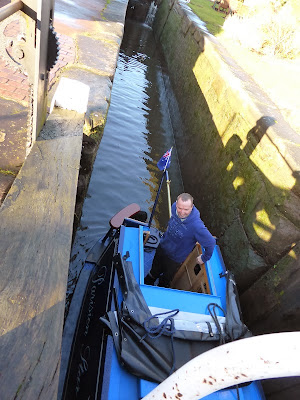 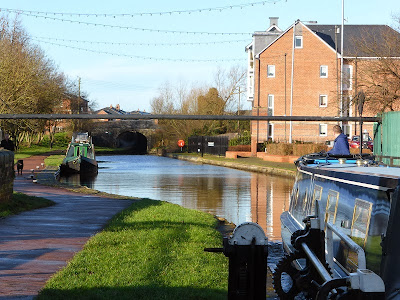 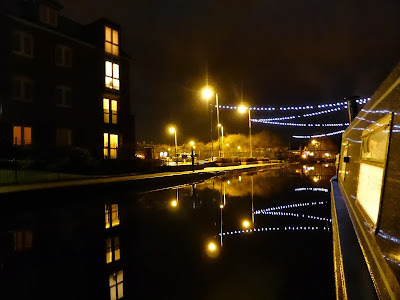