The Boot with Maggie and Ray

What a sunrise we had this morning.  This one's for you Barry! 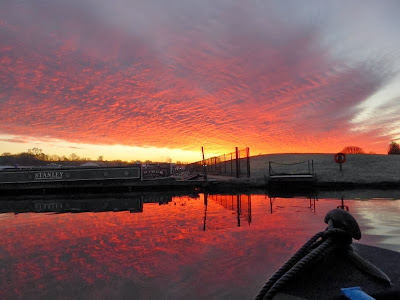 We arranged to meet Maggie and Ray (our almost house exchange partners in 2007) for Sunday lunch at The Boot Inn in Lapworth.  The weather forecast looked a little nasty but we decided we'd go for it.

We had a bit of a walk by the canal as we arrived 15 minutes early.  There was nobody on the moorings where we'd moored up when we descended the Lapworth flight.  It feels so strange to arrive at a canal place in a car!  We were last there with Jen and Jude, our neighbours, at the start of September.

It was a nice meal and a good catch up.  We haven't seen Maggie and Ray since August.  Not wanting to get caught in the bad weather predicted for the afternoon we headed home with plenty of time to spare to reach the marina before dark.  It was a very dark and gloomy drive back and the traffic was heavy but there was only a light drizzle and none of the expected wind.  It took longer than the drive there but it wasn't too bad at all. 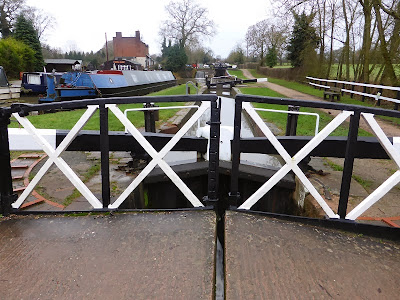 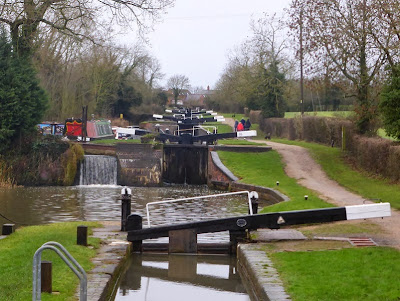