We had a quiet day yesterday. A walk. Cupboard sorting.  We are going to Lynne's next Tuesday and I will take a suitcase of stuff to ship back home and box it up while we are there. I have also been putting aside some linen etc for our NZ friends coming in March to spend 10 months in a motor home.  We are getting down to the bare bones now and there isn't cupboards bulging any more.  Phew!

This morning Mick went to Stone and arrived back just as I was heading out to walk to Aldi so he came along too.  We picked up a few bits and pieces and enjoyed the walk.  It was lunchtime when we got back and that was good timing. The sky began to darken soon after and about 2pm came a brief but intense storm with thunder, lightening and hail.  The wind was unbelievable and I stood out under the pram cover to watch.  Barry and Carol were next door watching too.  The hail stones were being blown hard against the back of the boat and the cratch at the front had hail stones inside - they'd been forced by the wind beneath the flap of the cratch cover down the side of the boat.  We have only heard thunder once before since we've been here. It happens far more often at home.  The photos below (last one borrowed from Paul) don't do justice to intensity of the storm.  When it was over the sky cleared and all that was left was what looked like snow on the gunwales of each boat.

Later in the afternoon Mick turned the tv on.  Nothing. What followed was a chaotic 2 hours of frantically trying to work out what wrong.  Barry came in to try and help. The floor was a muddle of cables and plugs and adapters. We tried both our tv aerials and both televisions, swapping cables and connections, and with me scurrying from bow to stern to try the bedroom tv. Nothing. Eventually, through a slow process of elimination we discovered we had one faulty cable and it's likely that the signal booster got damaged during the storm.  We have tv tonight using a cable bypassing the wired in system. The reception is fine without the signal booster. 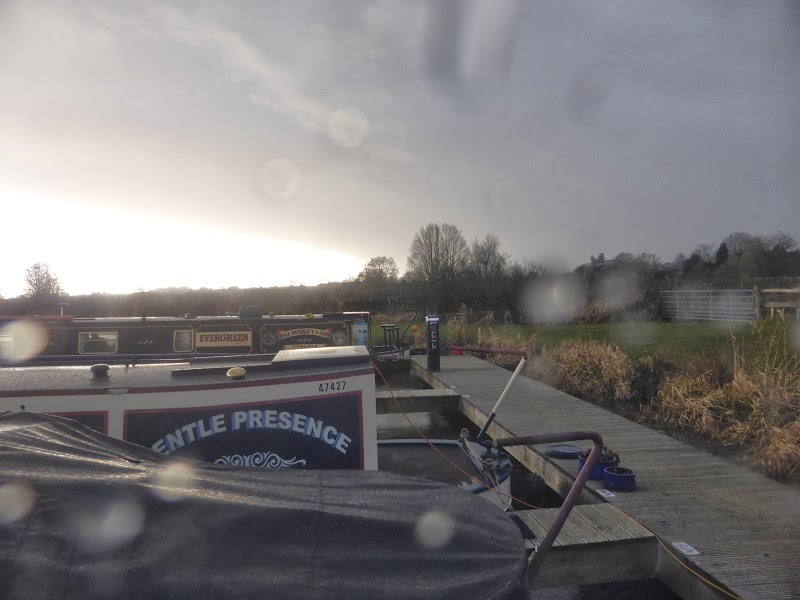 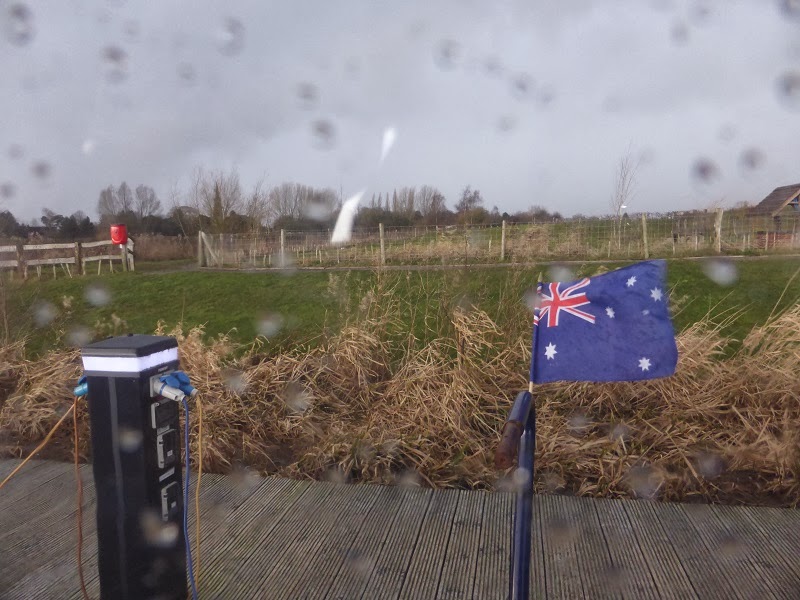 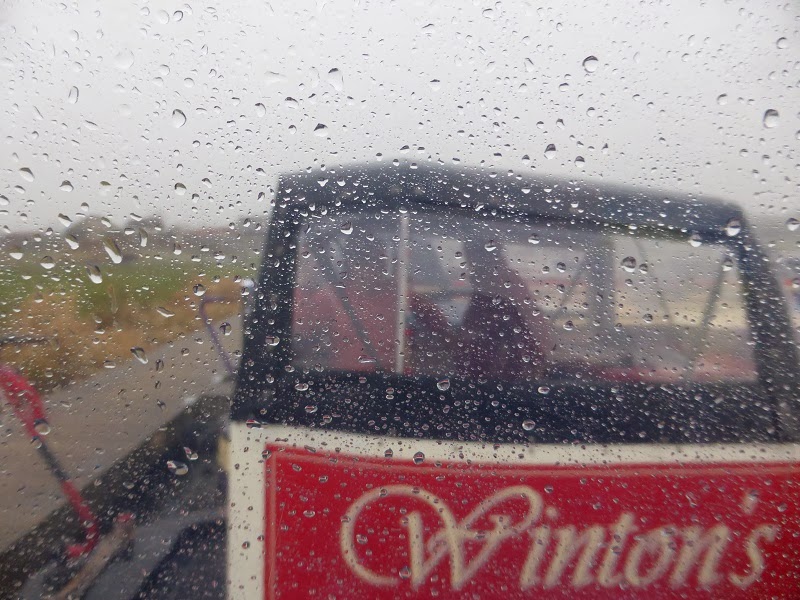 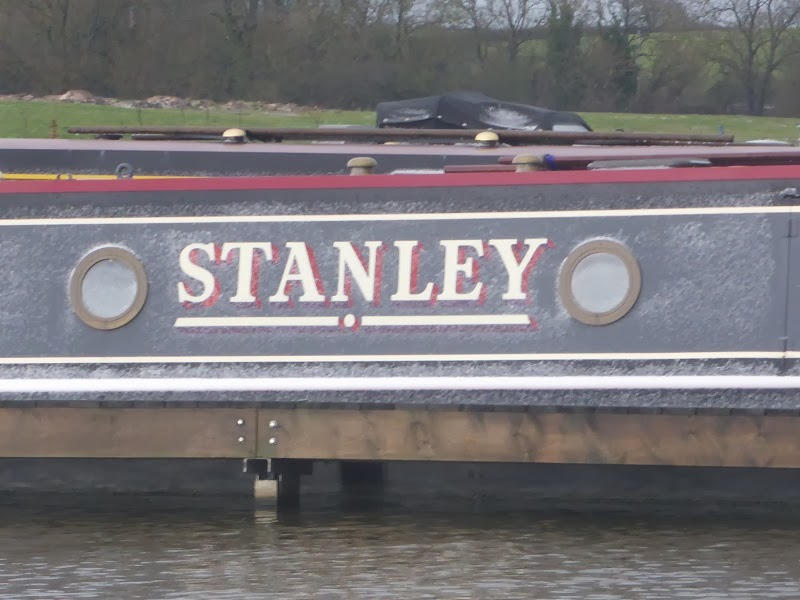 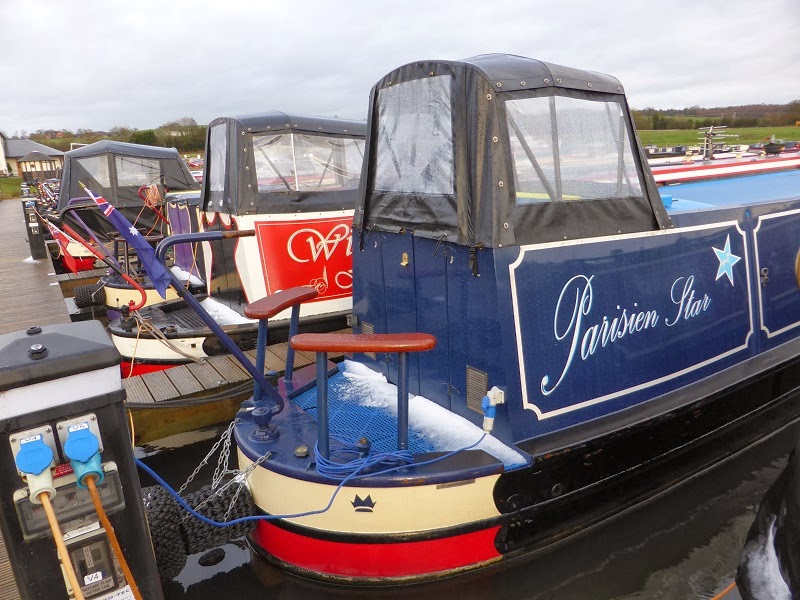 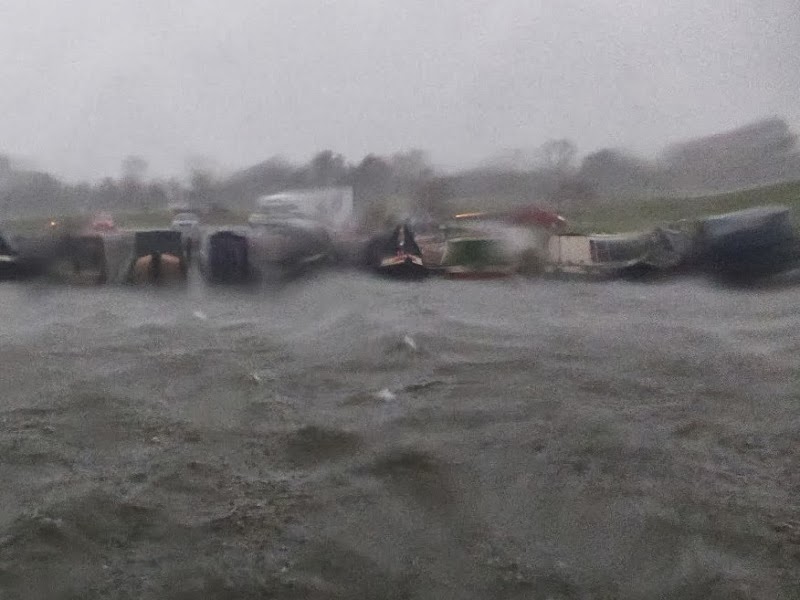