When I've stayed by myself in London I've chosen a hotel that has a locked front door where you have to buzz reception to get in if you don't have a key.  I've stayed in the past at Vancouver Studios in Bayswater but they're renovated and the cost has gone up.  I like the Bayswater area and having stayed there a few times before I know where everything is.  It's convenient for the Tube (Bayswater and Queensway), Hyde Park is just down the road and Paddington Station is only about a mile too.  There are heaps of restaurants, plenty of souvenir shops, Whiteley's shopping centre, supermarkets, a cinema and Costa coffee.  I've walked from there on previous visits to Kensington Palace, the V&A museum and Harrods.  This trip I walked to Portobello Rd antique market.

This time I chose another studio apartment hotel in Bayswater.  It's called Space Apart Hotel - not a cheap hotel but worth it for me due to the security factor.  I got a great deal on booking.com and when I arrived I even got an upgrade.  I always ask for a room with an opening window that can't be accessed from the street.  The room I got was a ground level one but there's a few steps up from the street and as these old buildings have basements, there's a light well on the street which means you can't get to the ground level window.  I had the room in front of the letter box in the photo below.

The upgraded room had a little loft "bedroom" but I didn't end up sleeping there - I pulled the bedding off and slept on the sofa bed which was actually quite comfortable.  The bedroom didn't have a full height ceiling and you couldn't stand up!  Having banged my head 3 times before I even got to bed wasn't a good start and it was also quite warm up there.  I decided I'd be happier down on the sofa in front of the window... and I was.  It's a fabulous "hotel" though.  I much prefer being able to make my own breakfast and dinner.  I only have lunch out.  The room hasd a fridge, microwave, 2 burner "hob", kettle, toaster, dishwasher.  Everything you need, although no tea, coffee, milk etc.

There's a Marks and Spencer in the Whiteley's shopping centre around the corner so it's easy to buy provisions.  There's plenty of single serve vegies and salads and with fish being so cheap over here compared to home I bought some peppered smoked salmon and had a delicious dinner.

I had my train back to Stafford pre-booked.  Only in England do you get a first class fare much cheaper than a standard one.  I'm not sure how that works! In the train on the way back to Stafford I kept catching glimpses of the canals and there were boats cruising along everywhere.  I don't blame them, it was blue sky and sunshine.  It made me want to get out cruising.

So now I'm back on the boat.  I've had a chat to Diane, taken the old cratch cover the rubbish bin area (maybe someone will salvage it), and just as I was heading back from that chore I saw Roly waving across the marina so went and had a coffee with he and Bev.  Back to normal.  The marina gardens are beginning to come to life.  The bulbs are cropping up all over the place and a few flowers are starting to appear.

Mick and I have been speaking each day. I told him tonight that we've had the most glorious weather since I've been in London.  For the first time since he left he actually said he's missing the boat!  We miss each other but we've been apart for 2-3 weeks several times before when I've been travelling before Mick agreed to come along for the first time.  So far it just feels like a holiday.  With another 5 weeks to go it will be much less of a holiday by then! 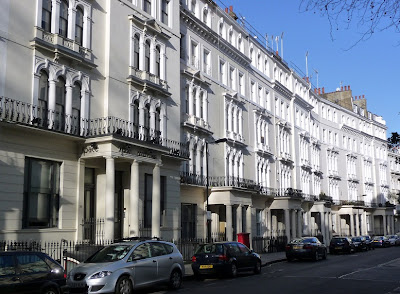 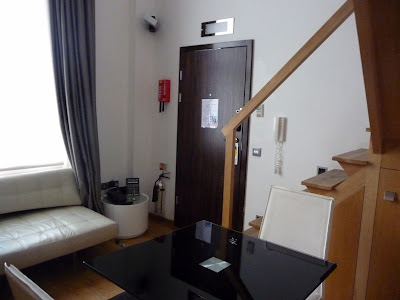 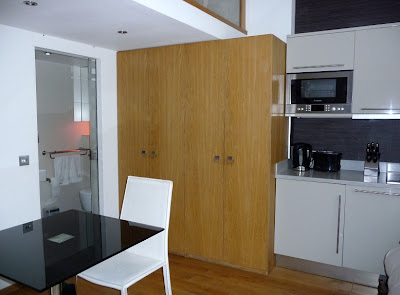