Although we're not city people, it was lovely looking out at the lights last night.  The sky wasn't quite black with the glow of the city.

The folk on the boat behind us found in necessary to charge their batteries at 3am this morning so ran their engine.  Not only did they run the engine but they had it in gear as well.  We weren't happy campers.  We agonized for quite some time over whether to go out and say something but with not another soul out there and having read of some unpleasant encounters here late last year we decided we'd just put up with it.  Eventually they turned it off but it was a long time before we fell asleep again.

When we were chatting to Barry and Carol this morning I noticed our neighbour out on the bow of his boat so when we went home I politely asked if we could possibly not have a repeat performance tonight.  He wasn't in the least bit sorry for waking us and basically said "But I needed to charge my batteries!".  We felt a little better when tonight as we walked past he apologized.  I wonder if  "the missus" had a word with him.

This morning after a boaters meeting on the stern of nb Winton's Folly, we had a walk to Sainsbury's for supplies.  We did our chores and I caught up on some correspondence.

Lynne arrived in the afternoon for a visit.  Barry and Carol joined us for a cup of tea and then Lynne took us on a walking tour of some of her favourite places in Manchester.  What an interesting city Manchester is.  I didn't expect to like it but there are so many fantastic old buildings right alongside some extremely modern ones.  It can't help but be fascinating.  The tour involved a drink or two in a pub and ended with dinner at Sapporo Teppanyaki.  It turned out to be a great day. 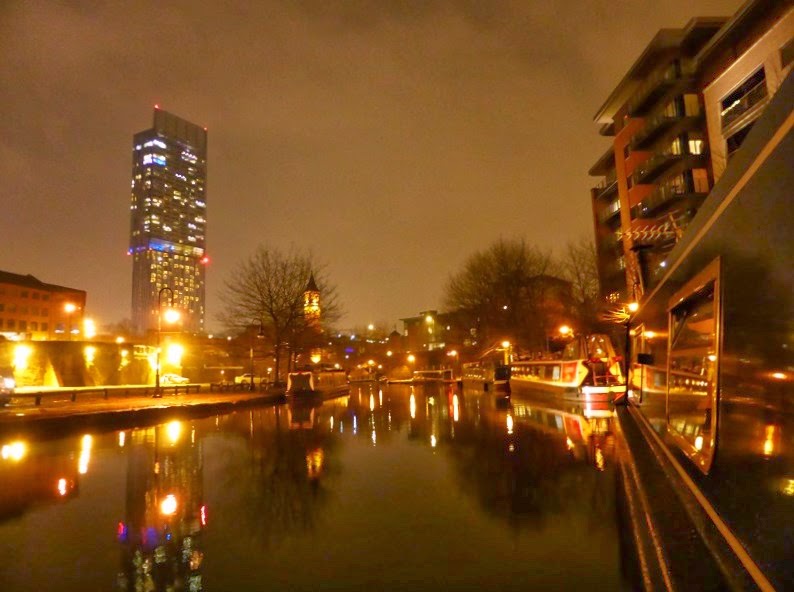 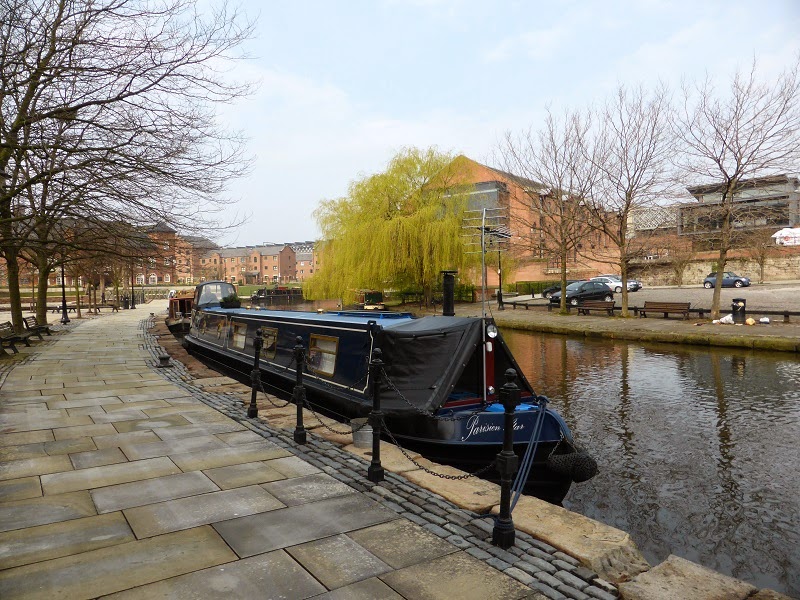 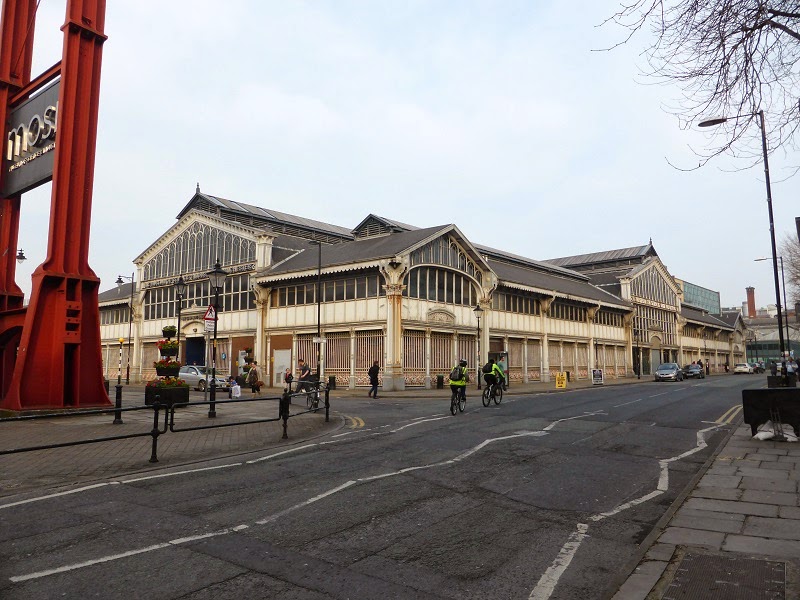 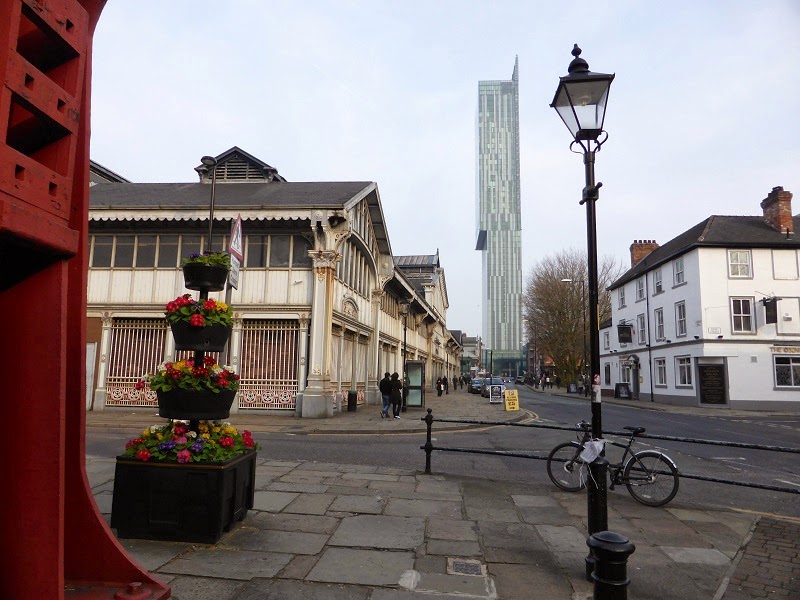 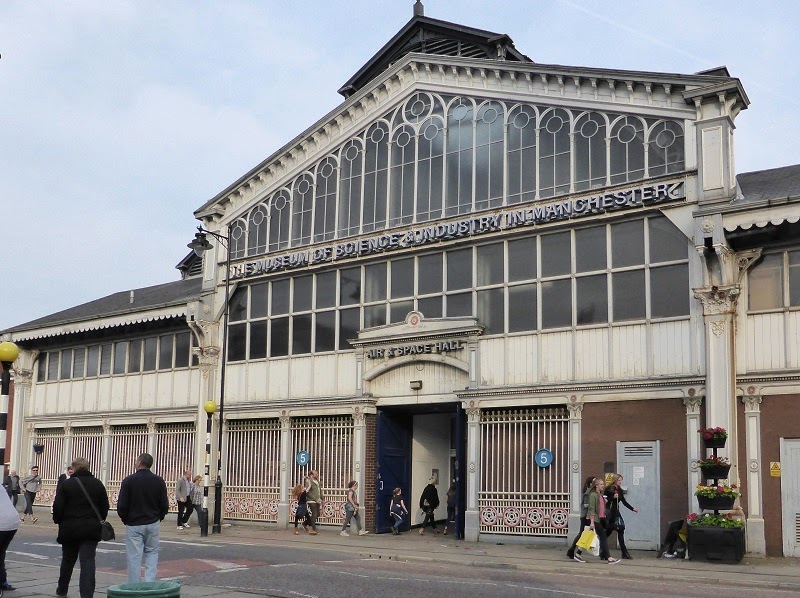 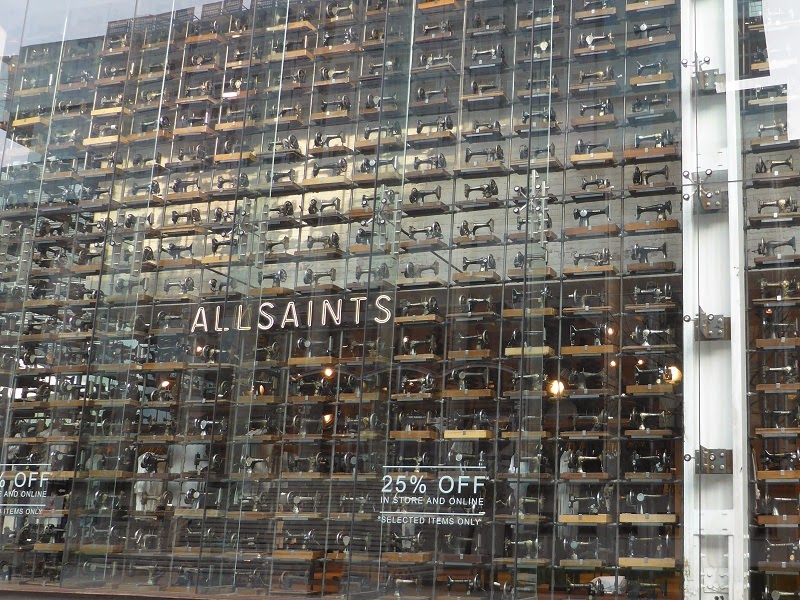 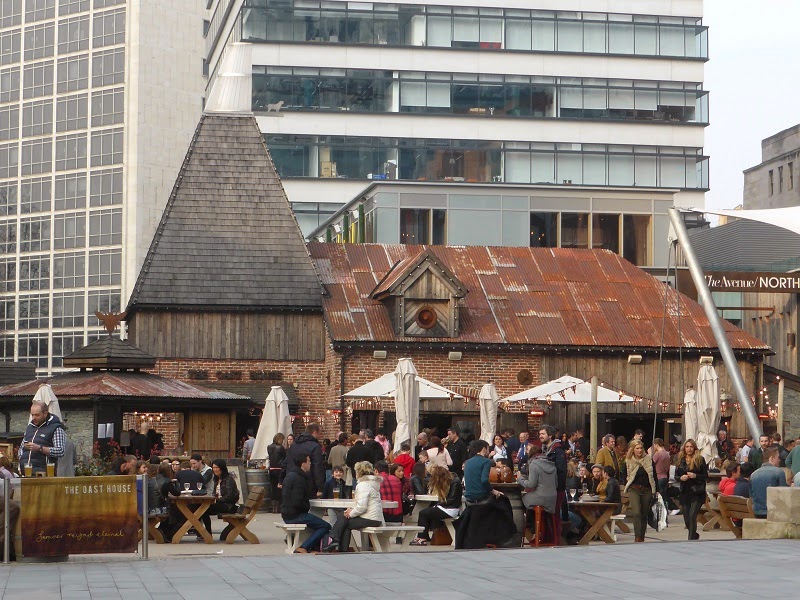 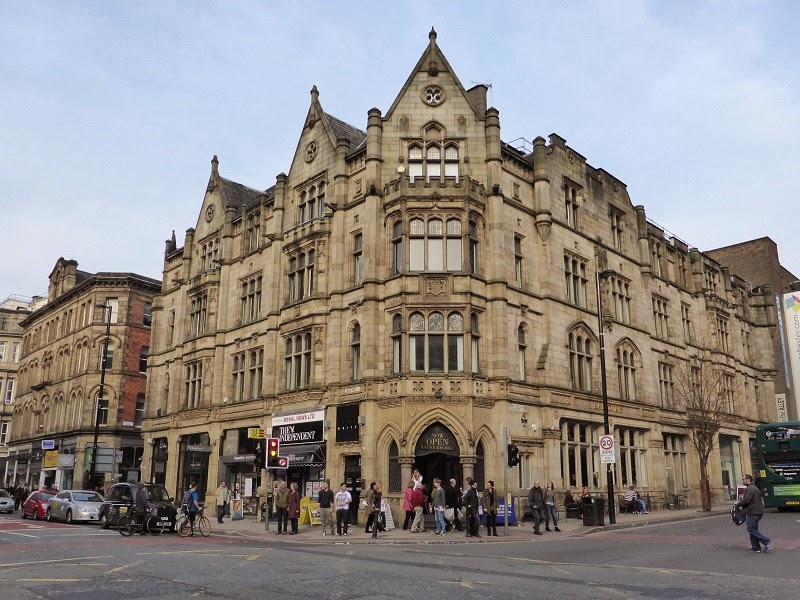 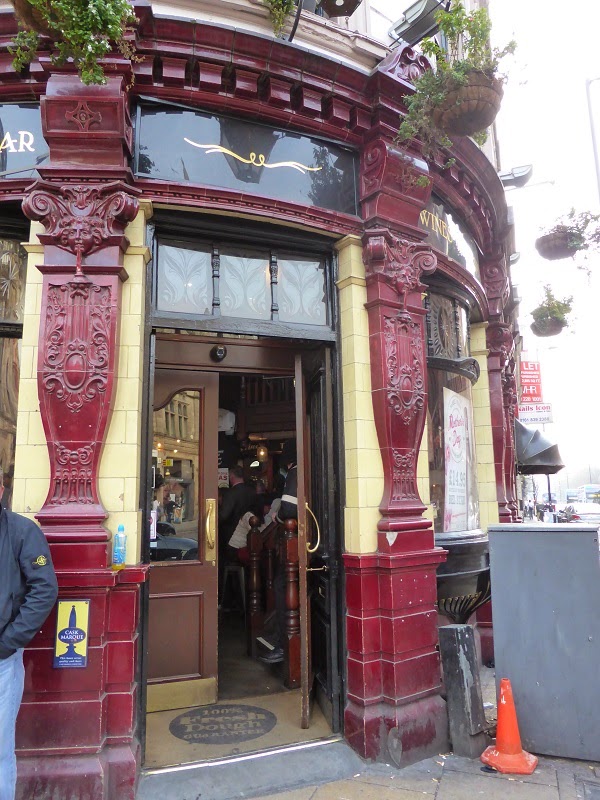 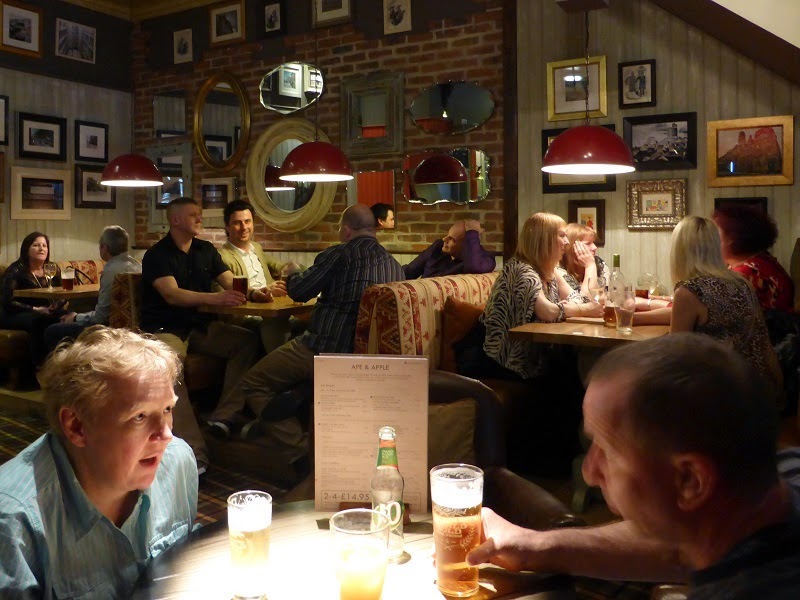 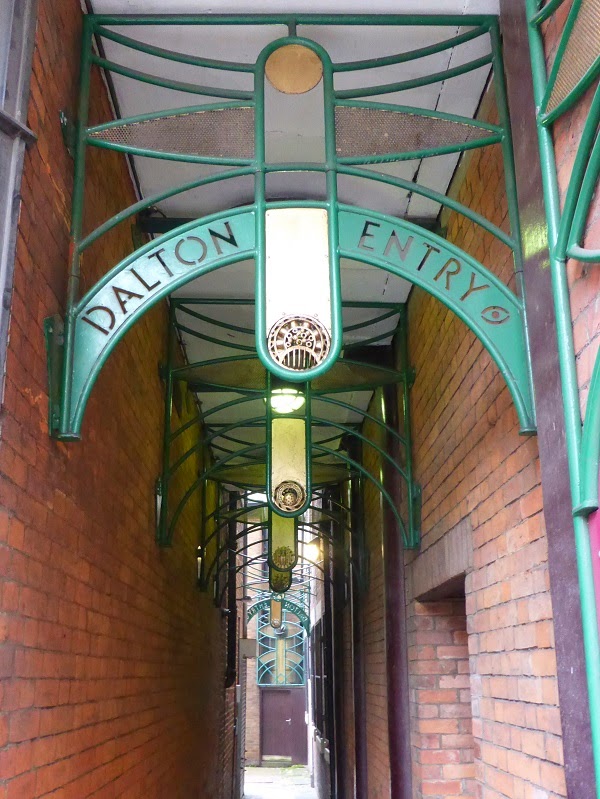 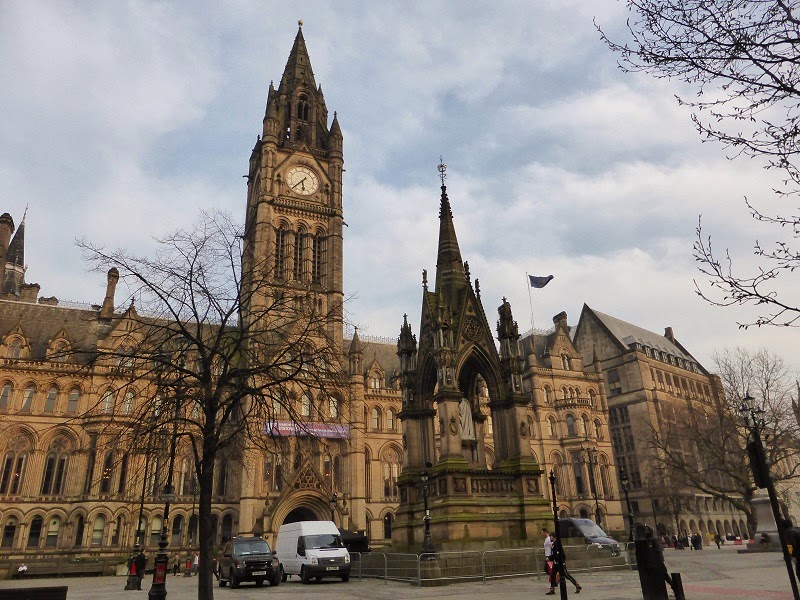 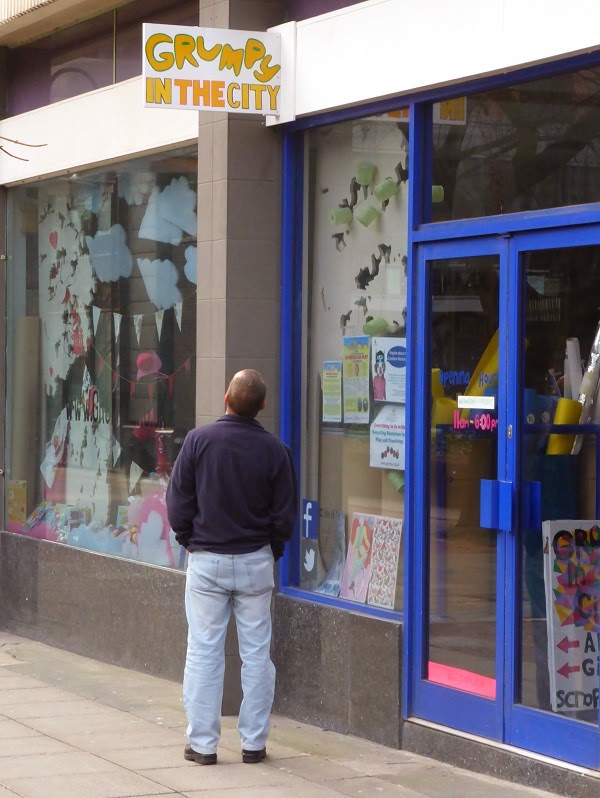 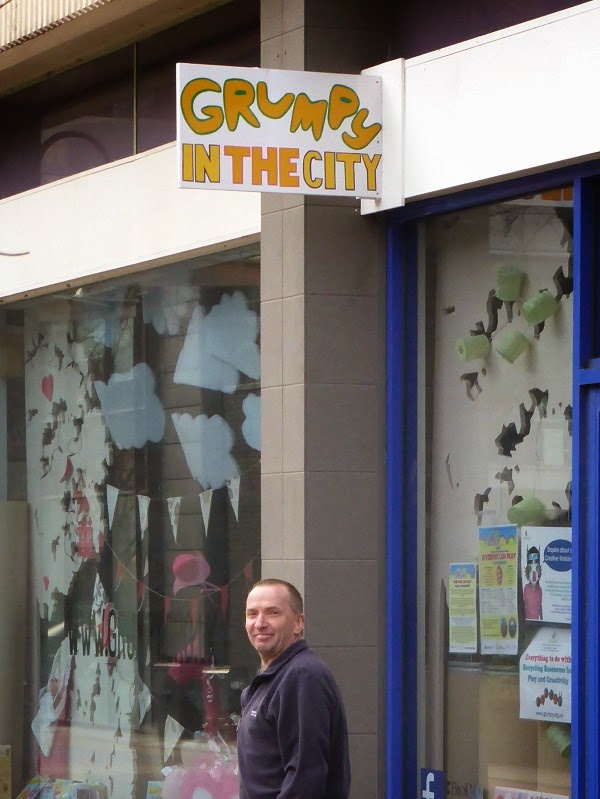 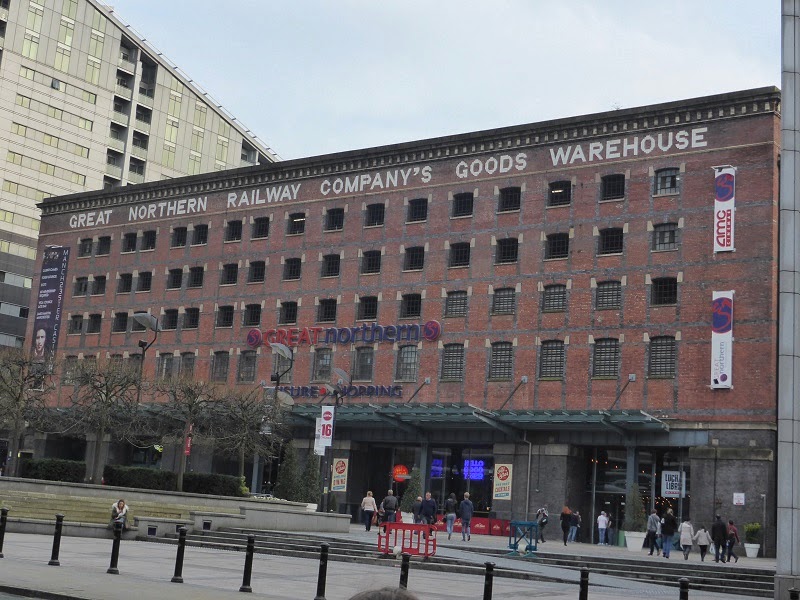 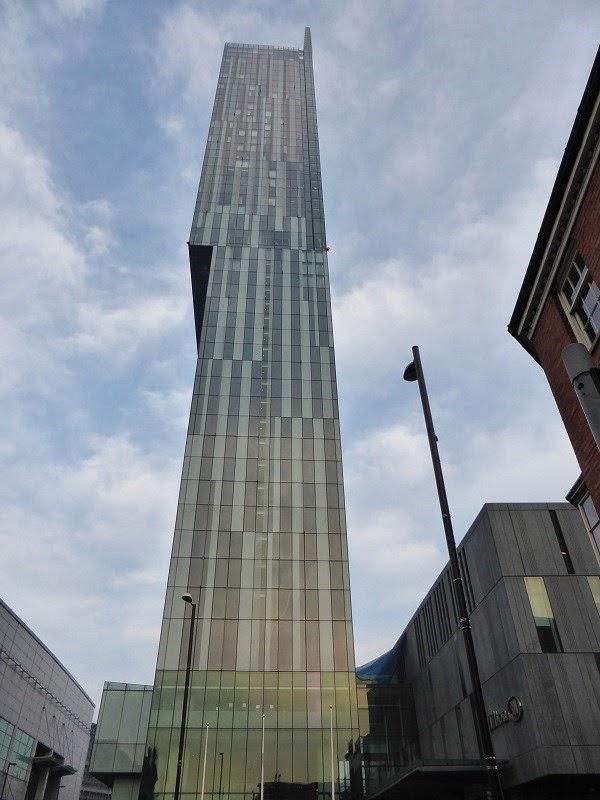 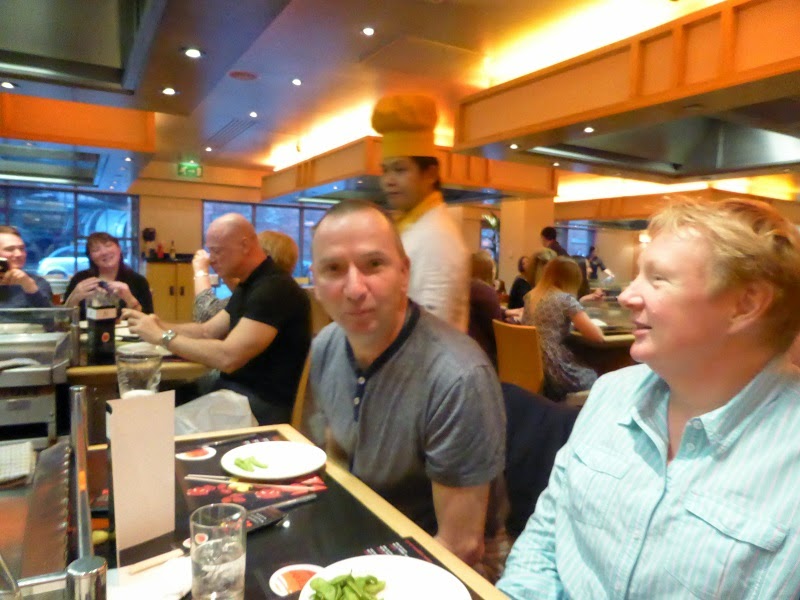 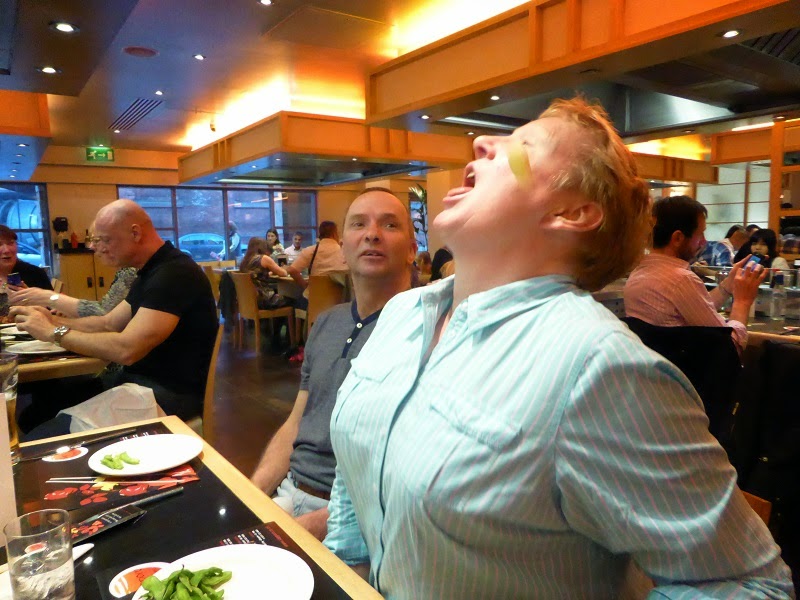 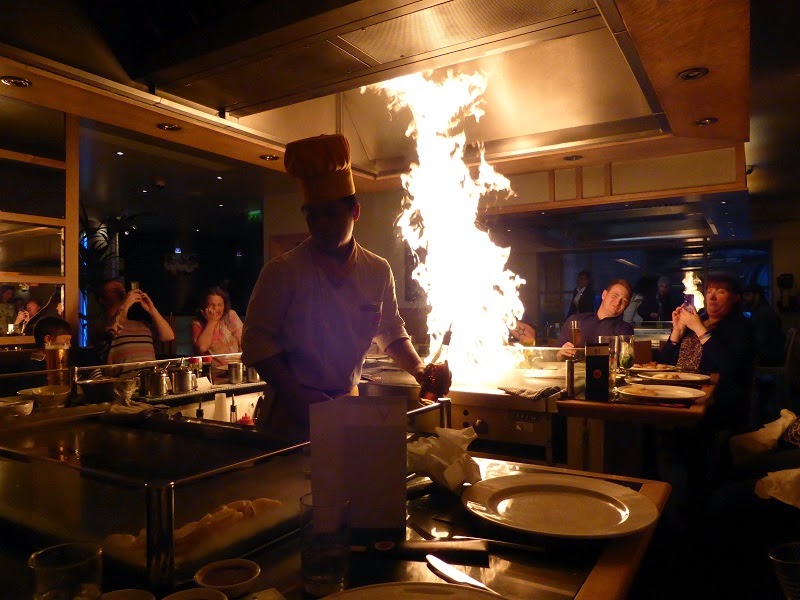 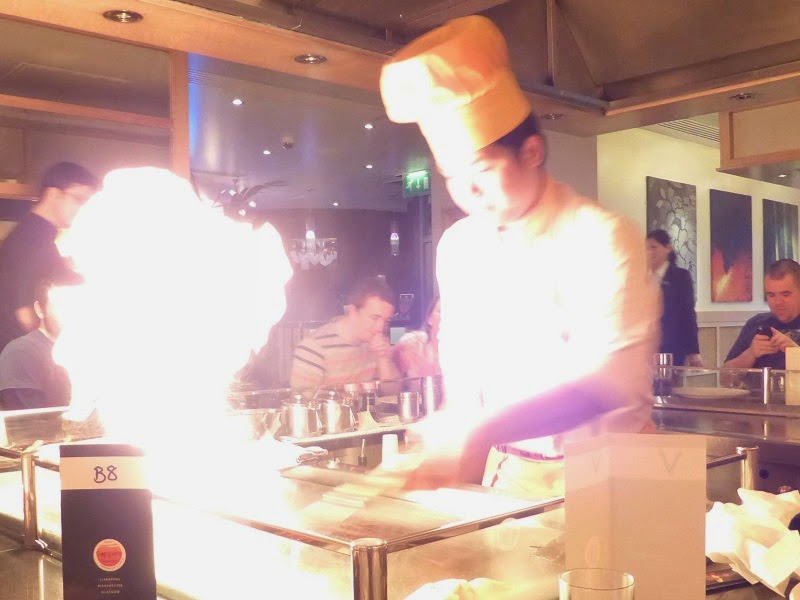 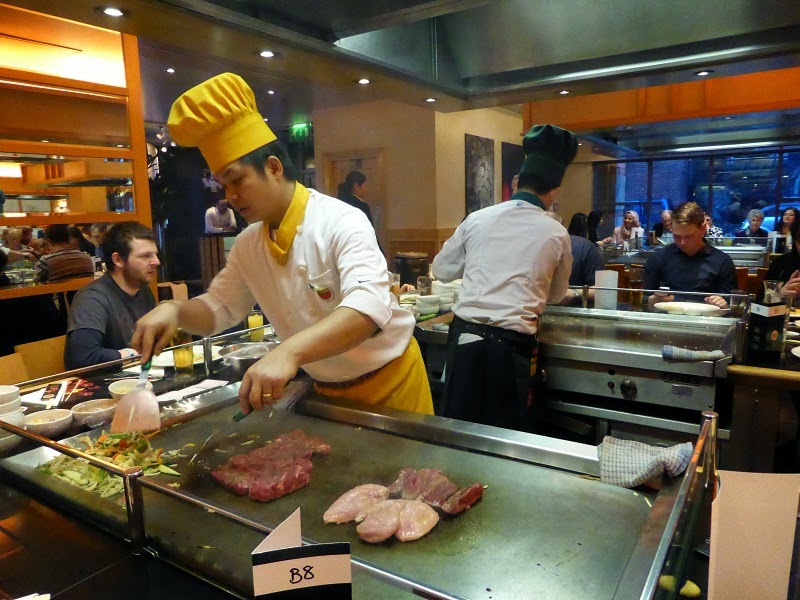 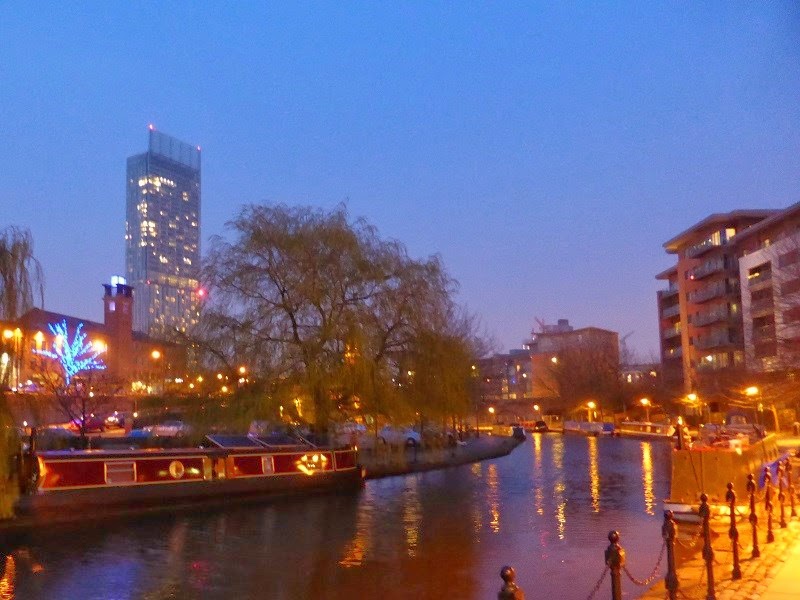