Turn onto the Caldon

As we cruised down to Etruria Junction for water this morning it began to drizzle.   We had decided to make the journey down the Caldon Canal.  The rain continued while we filled the water tank and headed on to the staircase locks.

The stretch of canal leading out of Stoke is nothing special.   There was a nice section through Hanley Park (which reminds me that I intended to look up what the ornate building was that we passed).  There were a couple of ornate bridges. It's a shame that nobody appears to use the moorings by the park. Everyone we've spoken to has said to not stop overnight until you get out of Stoke.  Although it isn't pretty, we still enjoyed cruising through. It is fascinating to see canal with modern housing on one side and old bottle kilns on the other.

When we reached the lift bridge we had a forced morning tea break. The lift workings were under repair. The friendly fellow there said "go and have a cup of tea, love, and I'll knock on your window when we are done". So, we did. It was only half an hour or so when he appeared to say they were opening the bridge to let us through..  The rain had stopped by then.

Along the way we passed beneath a couple of very low bridges.  We had been warned about them so had removed the tv aerial this morning. So far the cooly hat on the top of the flue hasn't been a problem.

We moored up at Milton, by which time we hadn't seen a single other boat.  There were two others moored here already. Mick went to check out the town while I worked and one boat did pass by then.  The canal appears to become more rural from here so we are looking forward to that. 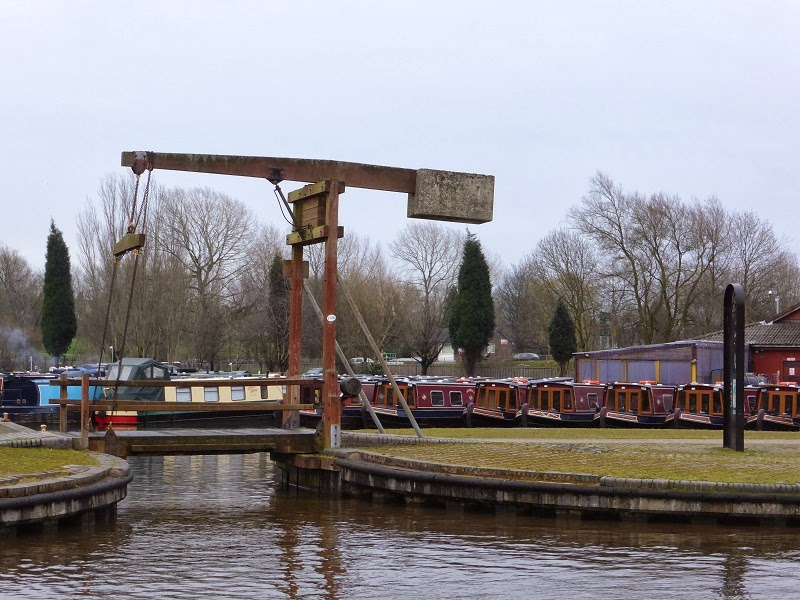 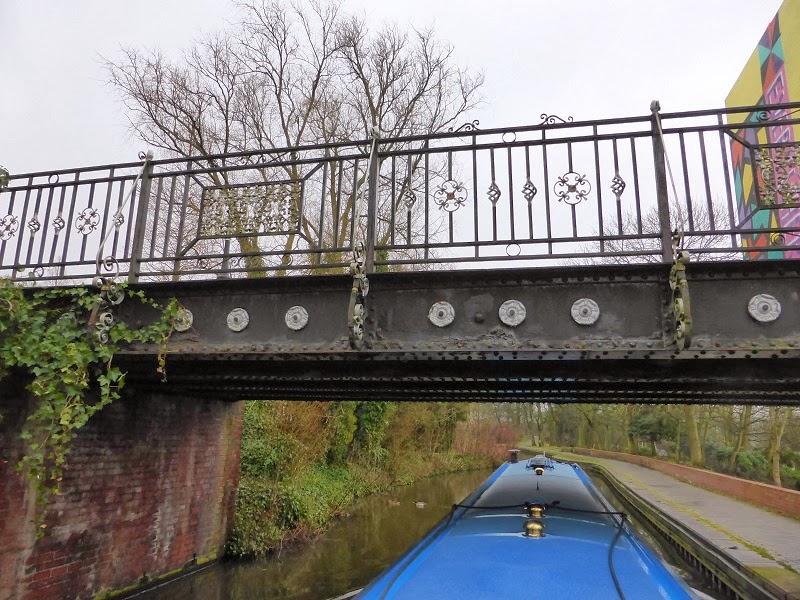 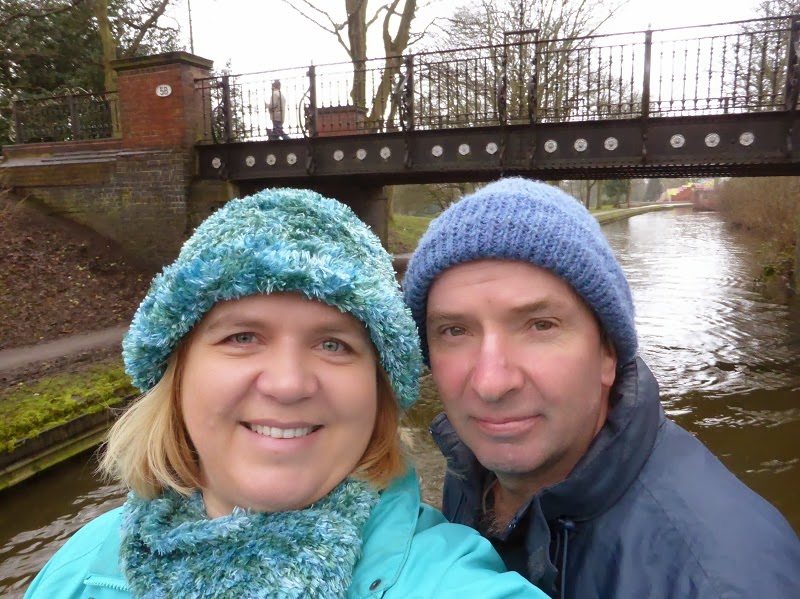 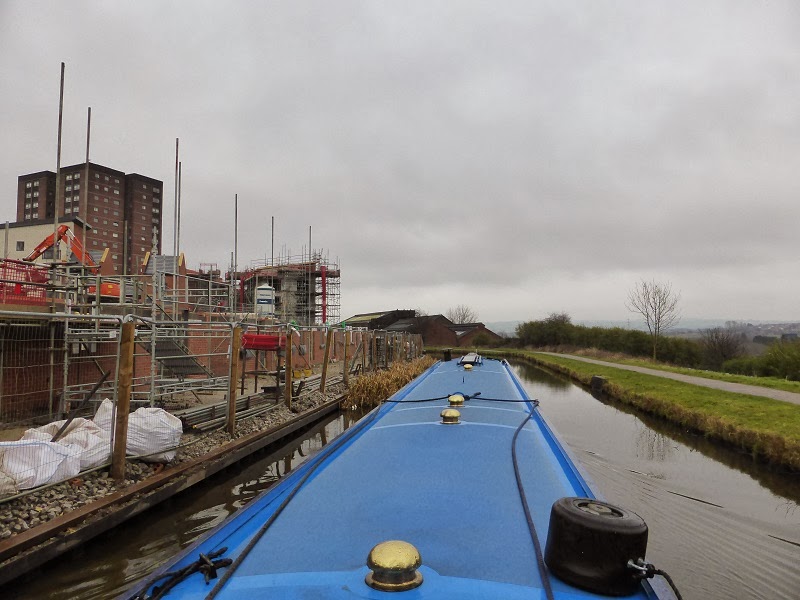 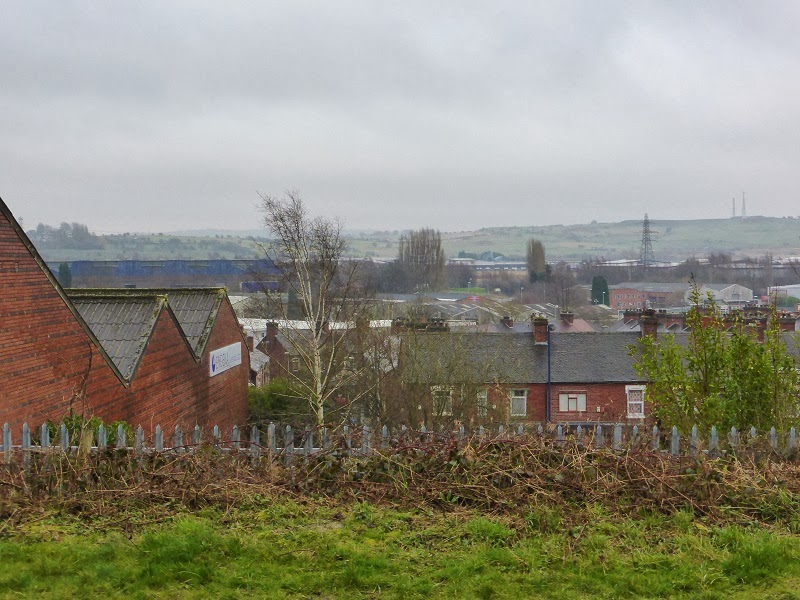 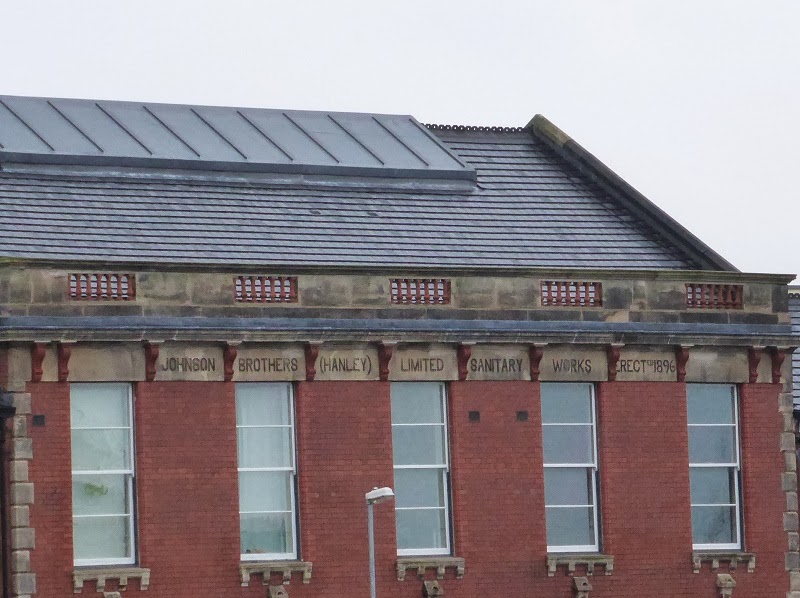 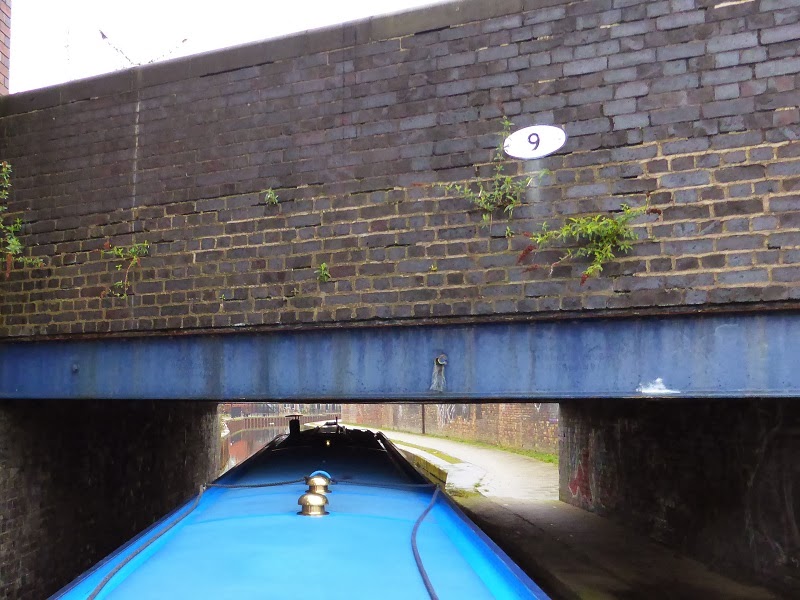 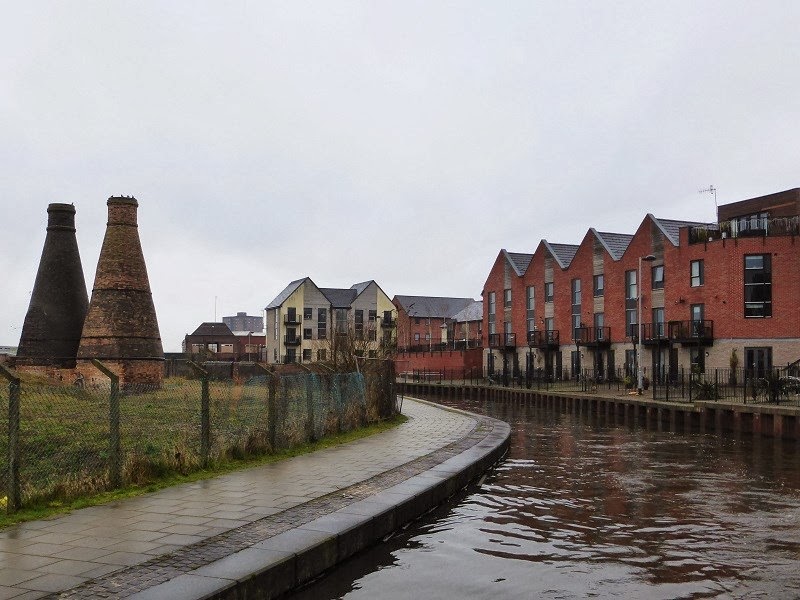 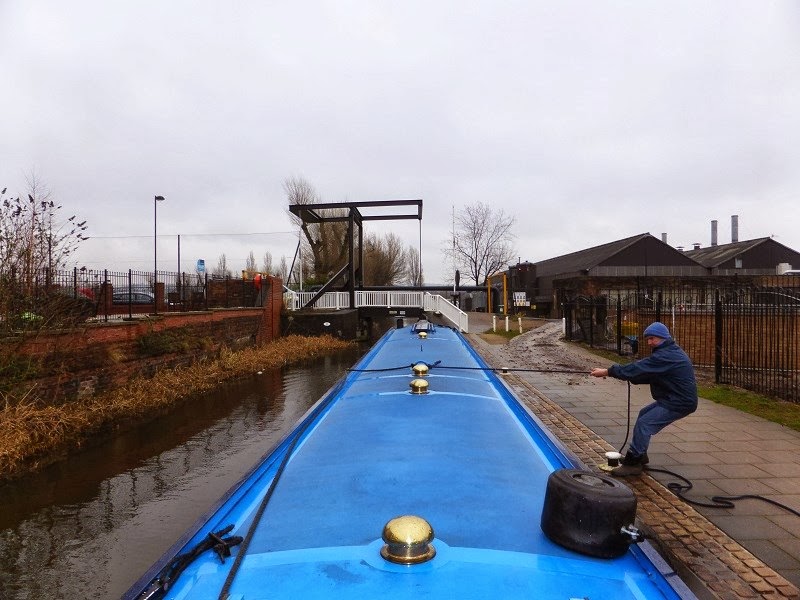 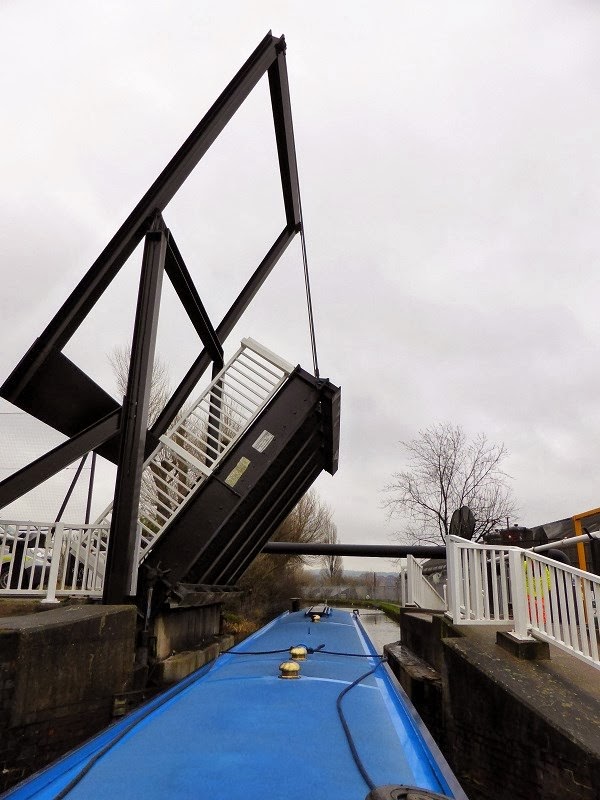 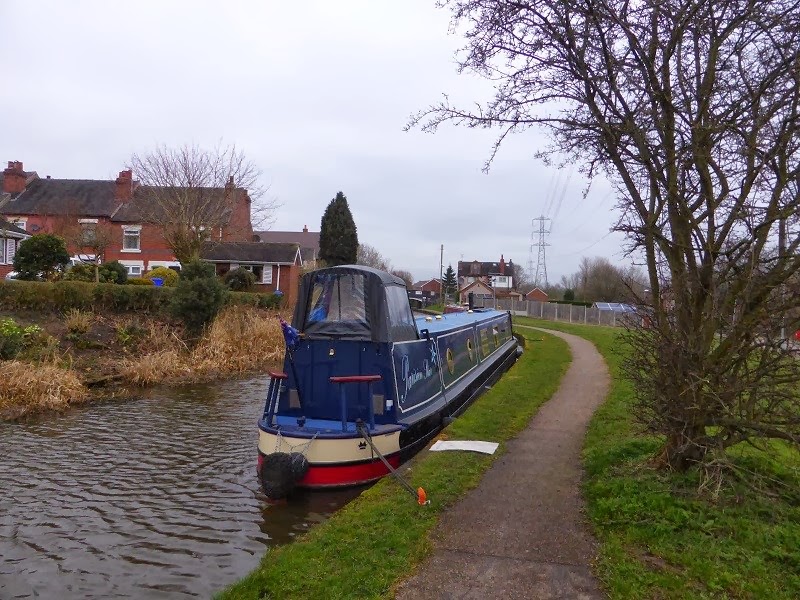 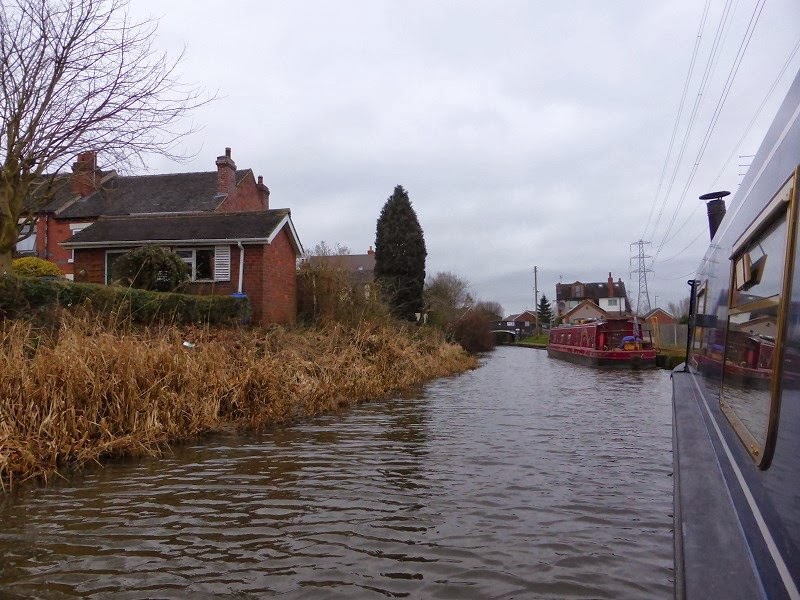