We were all on deck at 9am ready to tackle Bosley Locks.  It was a bit too windy for comfort but mostly sunny and not too cold.  The locks are a bit of a nuisance in the wind.  The top gates on nearly every lock had blown open in the wind.  There's no plank on the gates to walk across them and for single locks to have a pair of gates instead of just one is a bit of a pain in the neck.  We went first so it meant that each lock one of us had to walk to the other end to close one gate, then around to the other side to close the other gate, then rush back the lower end to open the paddles to empty the lock before the gates started drifting open again.  Nevertheless it was enjoyable work and we completed them all in good time.

We had a couple of swing bridges today.  One each.  Mick had quite an audience watching him bring the boat through the first one.  A large group of ramblers who had been walking along the towpath beside us for a very long way.  A little further along we heard a strange sound.  Bagpipes?  Could it be?  Then we saw him, a lone fellow standing on the towpath playing bagpipes!  We slowed down to chat to him.  He said he'd been coming to that stretch of towpath for 4 years playing his bagpipes.  His sheet music was pegged to a tree.

The moorings at the Gurnett Aqueduct are good.  A concrete edging and rings... perhaps not terribly well spaced rings for a 57ft narrowboat but rings nonetheless.  Barry and Carol had stopped for water so they were a little way behind us.  When Mick heard a boat coming he went out to help them moor up.  We'd used one ring and had to hammer in a pin at the other end, pretty much midway between the next two rings.  Barry did the same with a bit of grumbling (he hates mooring on pins!).  As he stood there sorting out the mooring pin a couple walked by.  The fellow stopped and said to Barry  "You do know there's rings along here don't you?". I don't know how exactly the conversation went from there but he was giving Barry a difficult time for using a mooring pin on a mooring with rings and it ended with the fellow saying "You should be using those rings.  Take it from someone who knows!".  Oh dear.  There was a bit of muttering going on outside nb Winton's Folly for the next few minutes after the couple walked on!!

We have a lovely view from our windows here.  We chose a spot close to the aqueduct so we look out over the valley below.  Makes me glad we have windows and not portholes in the living area.  We've had a few people stop and chat. It feels strange now that we have started saying "we are going home soon".  There's only 11 weeks left now.  It feels even stranger when they ask what we will do with the boat and we tell them we are selling it.  This is our home now. 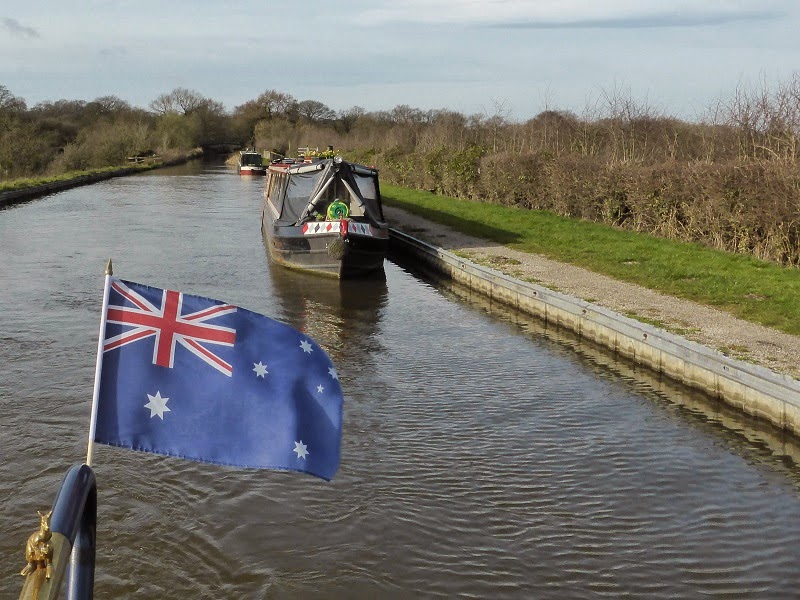 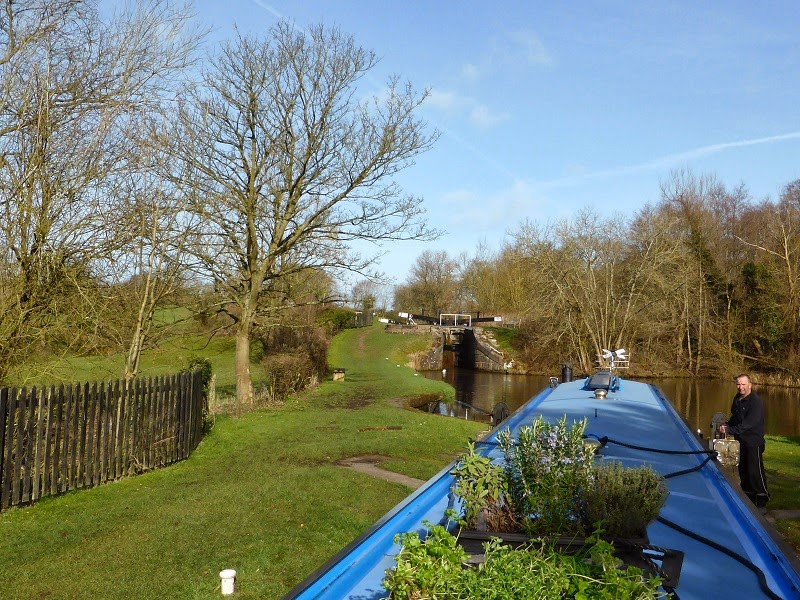 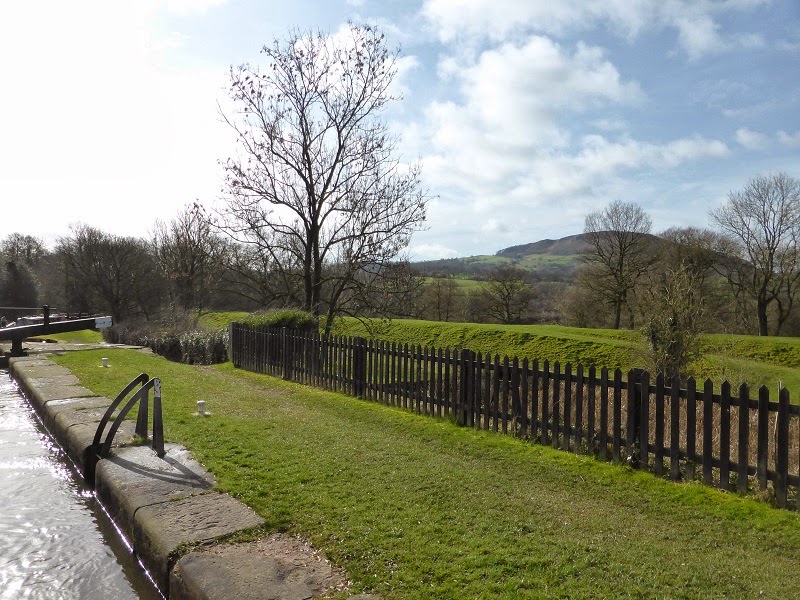 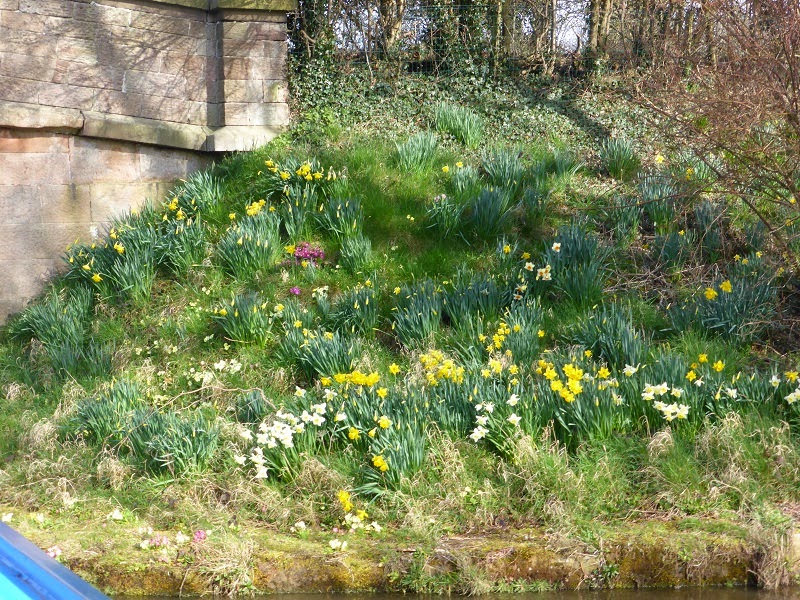 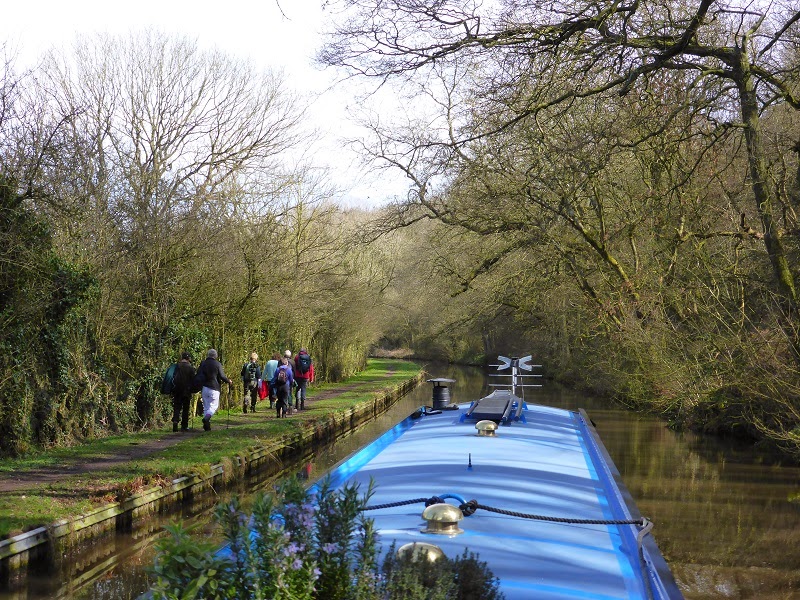 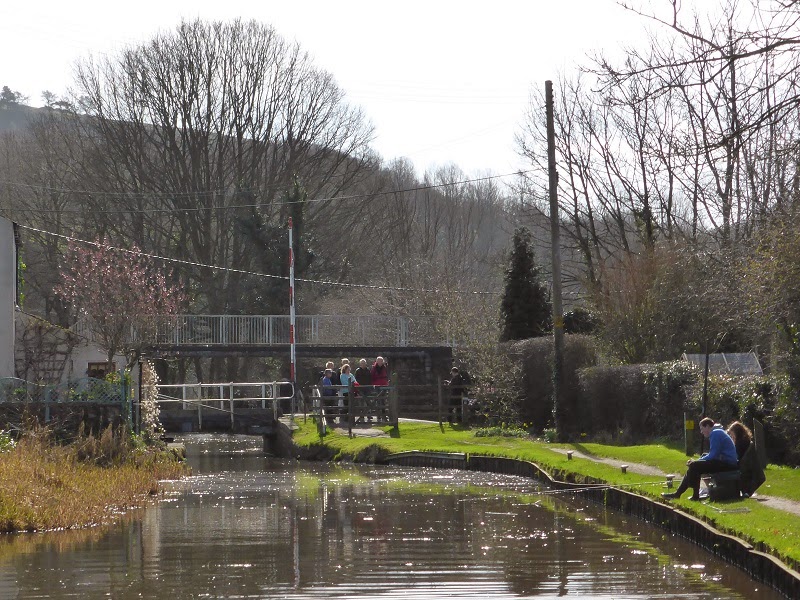 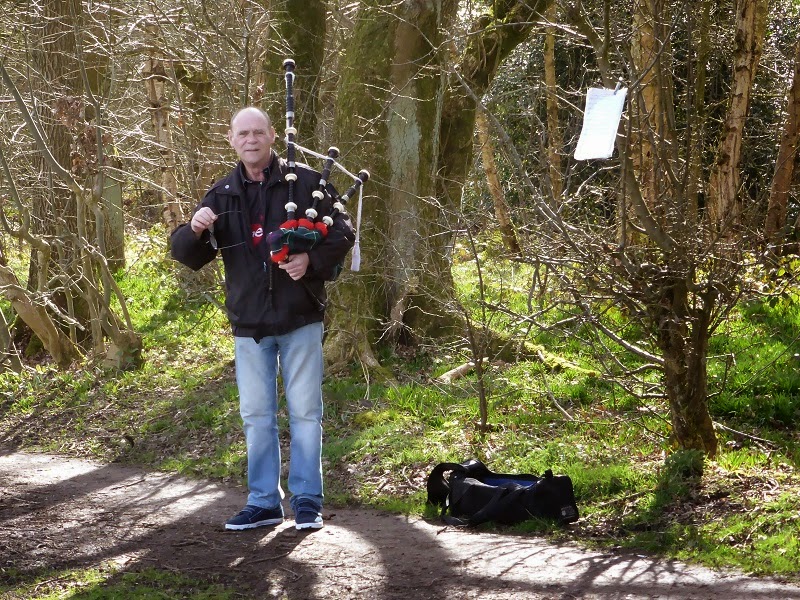 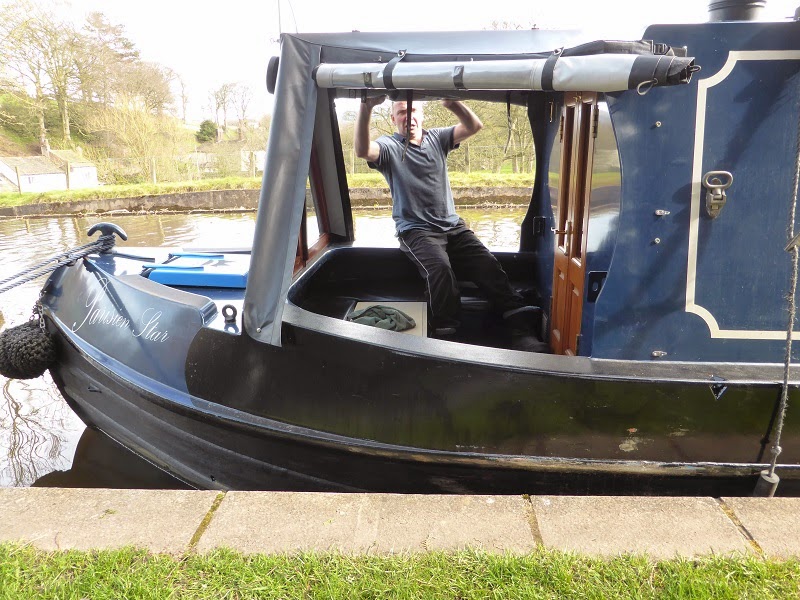 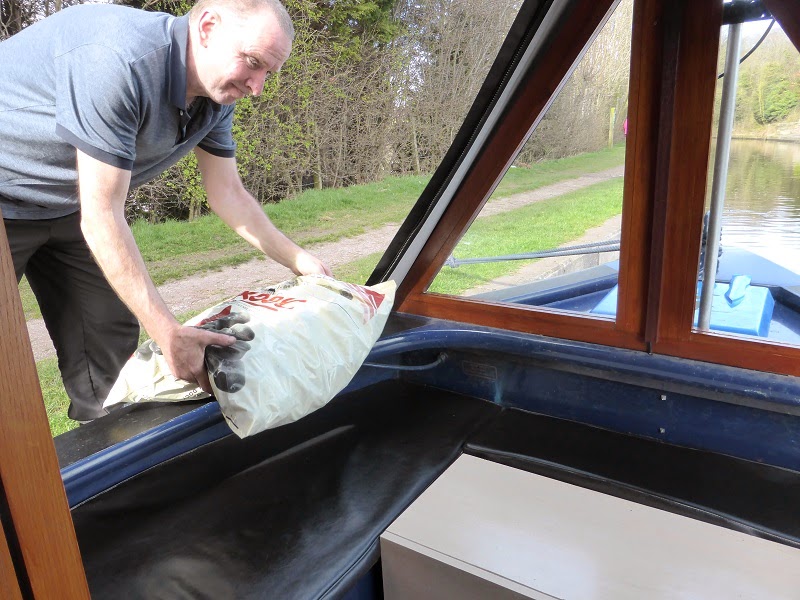 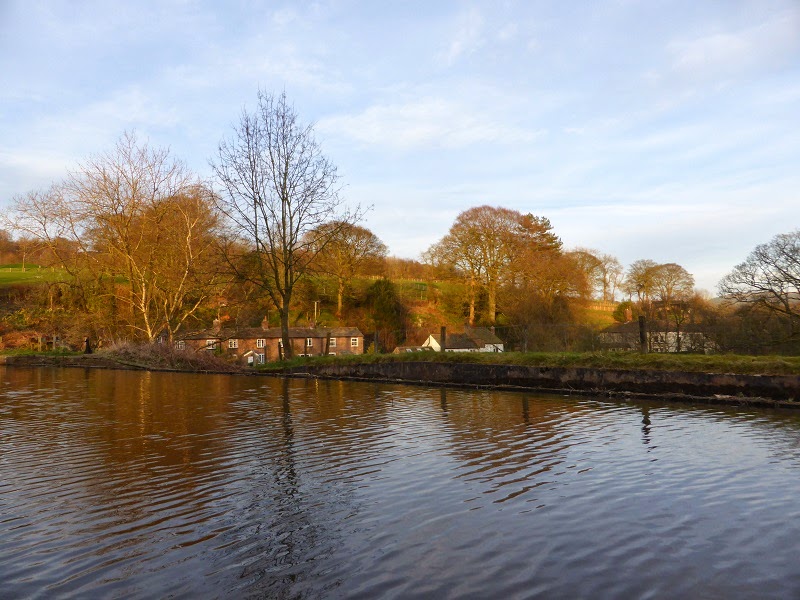 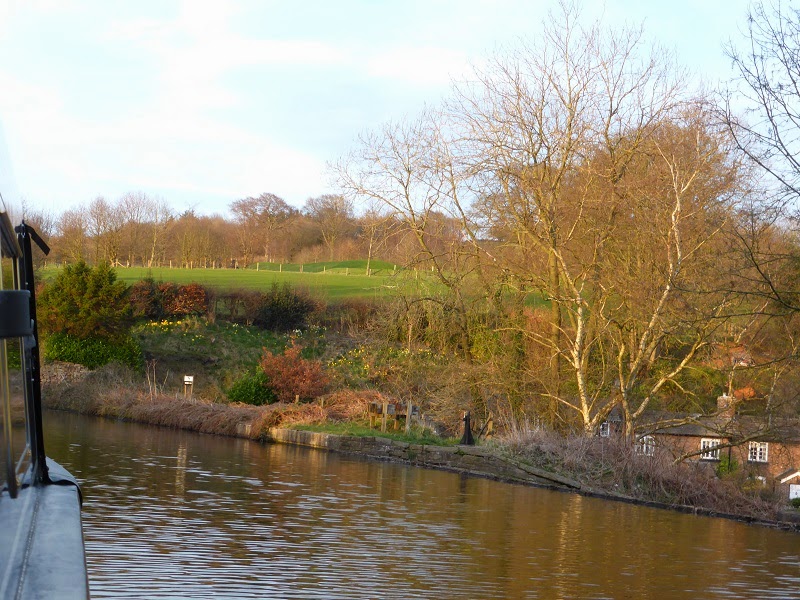