We had great weather today.... sun pretty much all day.  We set the washing machine going, filled the water tank, and set off to do the Marple Lock flight.  We expected it would take us about 3 hours.  We had been told they were hard work and that was the truth.

At the first lock there was something stopping the top gate from opening fully.  I dug around with the boat hook to no avail.  A friendly pair of walkers stopped to offer assistance and they had no luck either.  Mick got off the boat with the longer pole and came to have a go as well.  Still nothing.  In the end we managed to squeeze the boat through.  We must have wasted 15 minutes already.  The paddles were hard to wind and the gates were hard to open!  A boat coming up from the lock below had been trying to help as well and he was worried he wouldn't make it out as he said his boat was the tiniest bit wider than usual.

A couple of locks down we passed a hire boat coming towards us.  At the next lock Mick opened the paddles and as the boat began to descend water started gushing from the gate paddles behind.  The hire boaters hadn't quite shut the paddles properly so Mick rushed back to close it.

There were lots of ramblers out enjoying the sunshine and they had a bit of entertainment watching me try to get the boat through a very low pound.  Mick had gritted his teeth watching me painstakingly winding paddles and doing my darnedest to open some of those gates before insisting I should steer the boat and he'd do the locks.  The wind had picked up and was trying to push the boat against some rocks on the off side.  With the pound being so low I was soon aground.  Mick closed the paddles on the lock to stop the pound dropping any further and moments later Barry and Carol began filling the lock before.  The lock gates leak so badly that water began pouring between them into the pound.  We waited a couple of minutes for the level of the pound to rise a little and I managed to get the boat free so I reversed back a way and we tried again.  Once the lock was full Mick waved to me to say to come forward.  Then.... he couldn't open the gate!  I'd reached the entrance to the lock where he was just about giving himself a hernia pushing that gate.  I had to reverse off a bit and then we started the whole process again with the wind pushing the boat into the rocks.  Darn it!!

It was midday by the time we were just past the half way mark.  We were a lock ahead of Barry and Carol by then so we paused in a lock to make up a bagel for lunch.  The scenery on this lock flight is just stunning so we sat for a moment to admire the view.

At a couple of the locks the water was so high that it was pouring over the bottom gate.  It made opening the top gate really difficult because the water between the pound and in the lock didn't settle down level.  We had another lock where we couldn't get the gate all the way open.  It was hard work.

By the time we got to the bottom it had been 4 1/2 hours.  Just our luck, there wasn't space on the short visitor mooring after the last lock so we had to continue on.  We had a couple of goes at getting in to moor along the way but it was shallow and we couldn't get the boats in.  We reached Romiley and managed to get our boat nicely against the bank along some armco.  No such luck for nb Winton's Folly.  They had the end spot and are moored about 2-3 feet out from the edge.  Even the new "tyre" fenders are no use to them.


Last night, after dark, a hire boat had passed us.  They'd come from the direction of the junction.  We now think they must have come up those locks and, like us, grossly underestimated the time it would take.  Our Pearsons guide says 4 hours on the page that has the lock flight, plus another 3 or 4 miles!

We're tired now but it's been a satisfying day.  Despite the hard work it was enjoyable and being out in the sunshine all day was lovely as we chatted to the passing ramblers.  We're even got slightly sunburned faces. 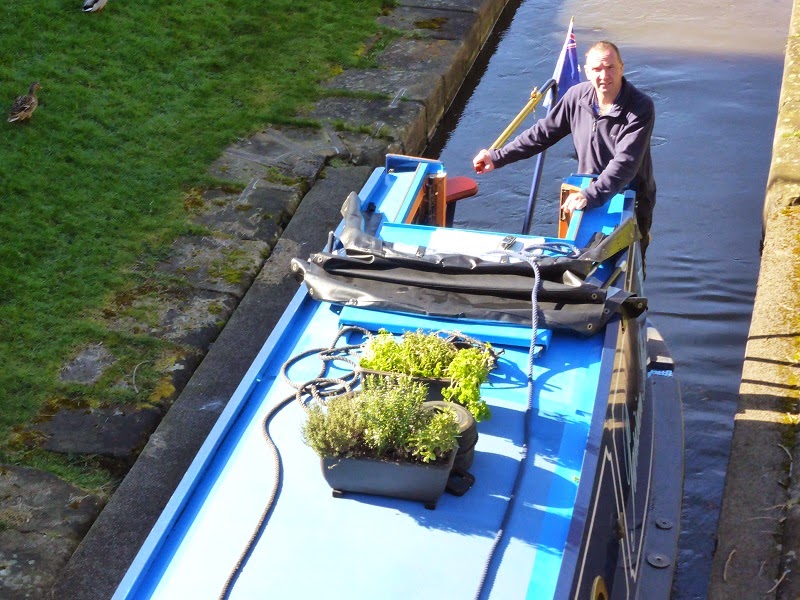 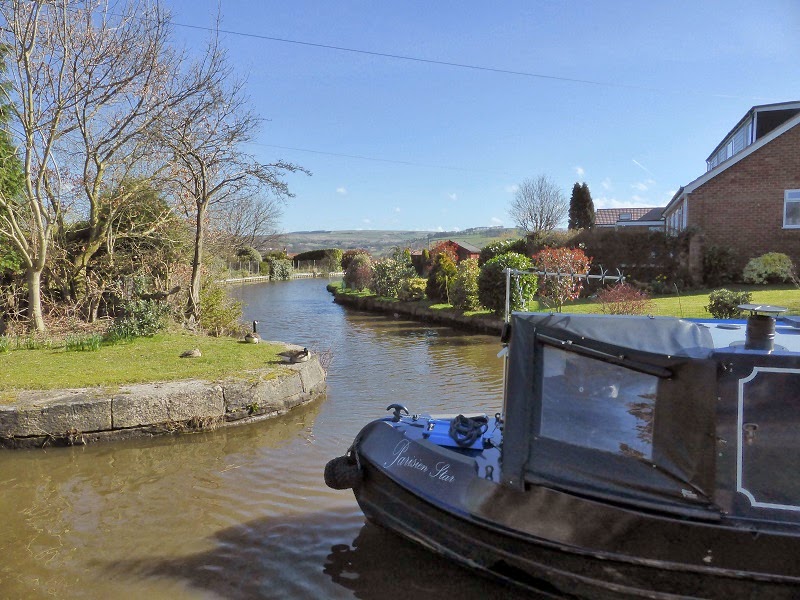 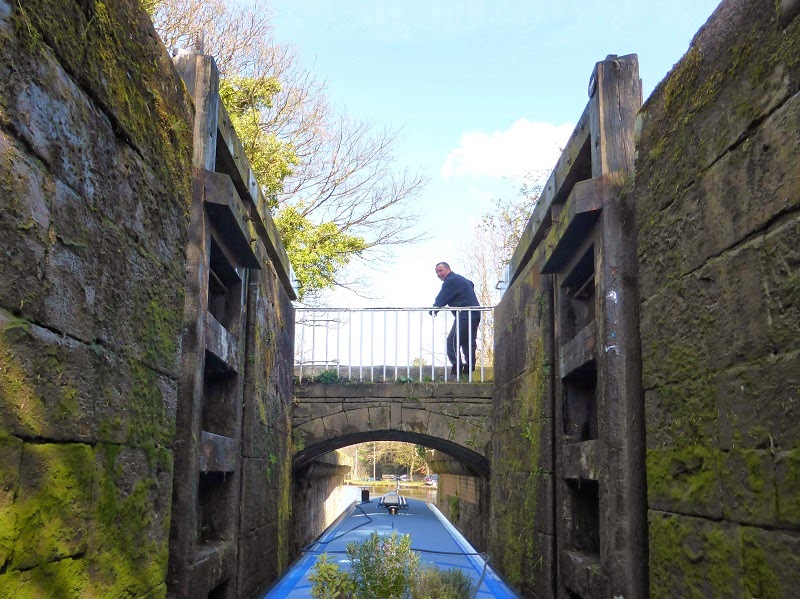 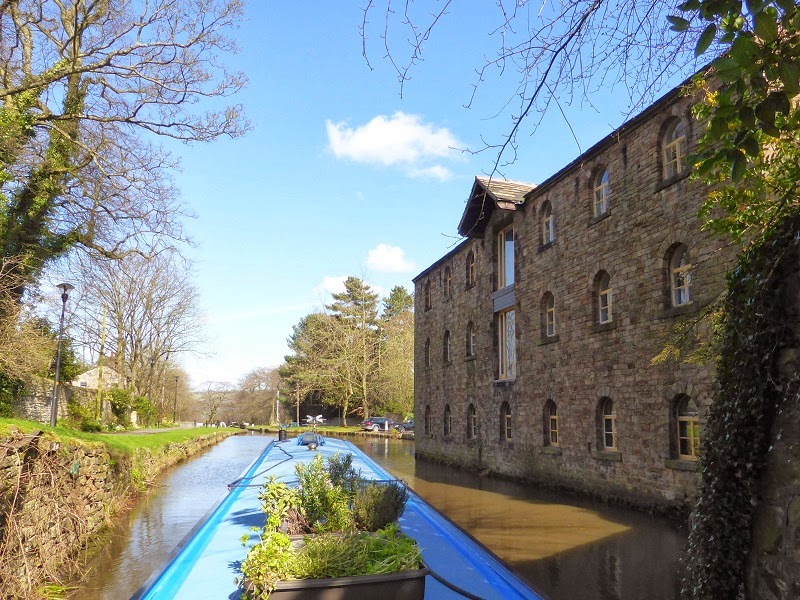 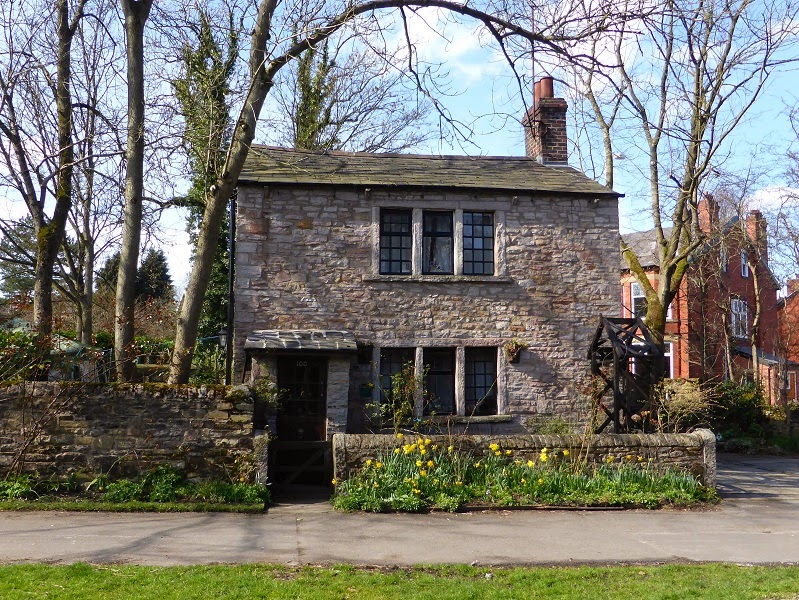 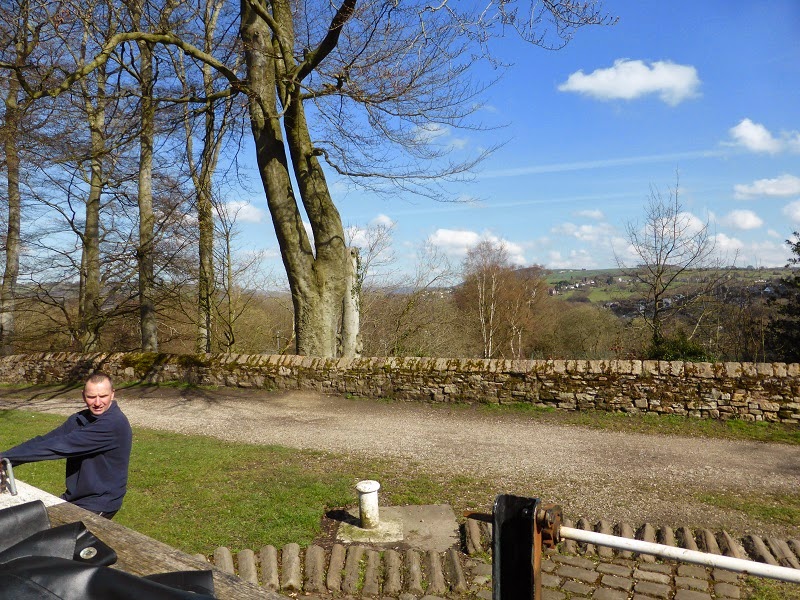 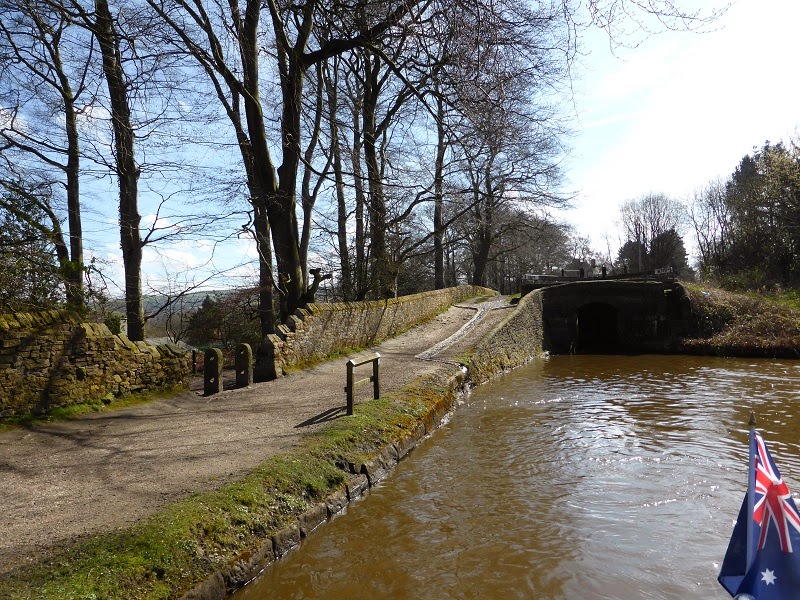 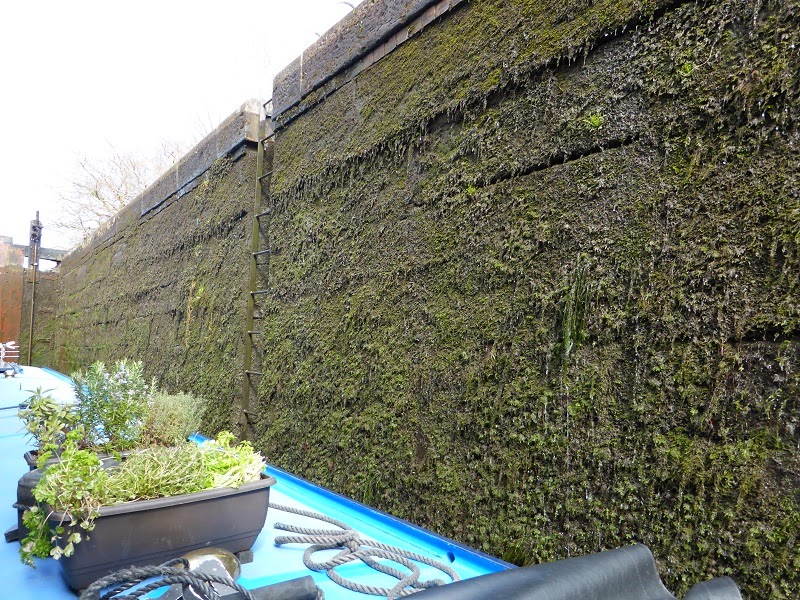 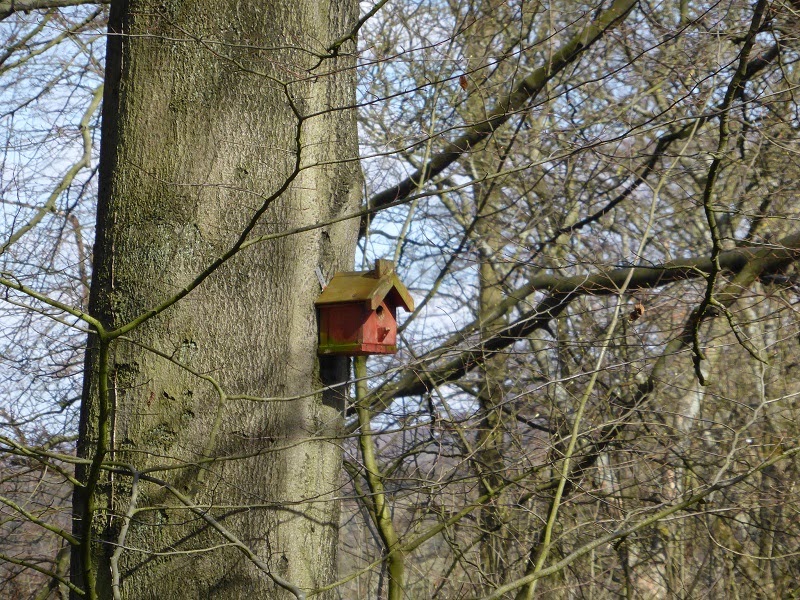 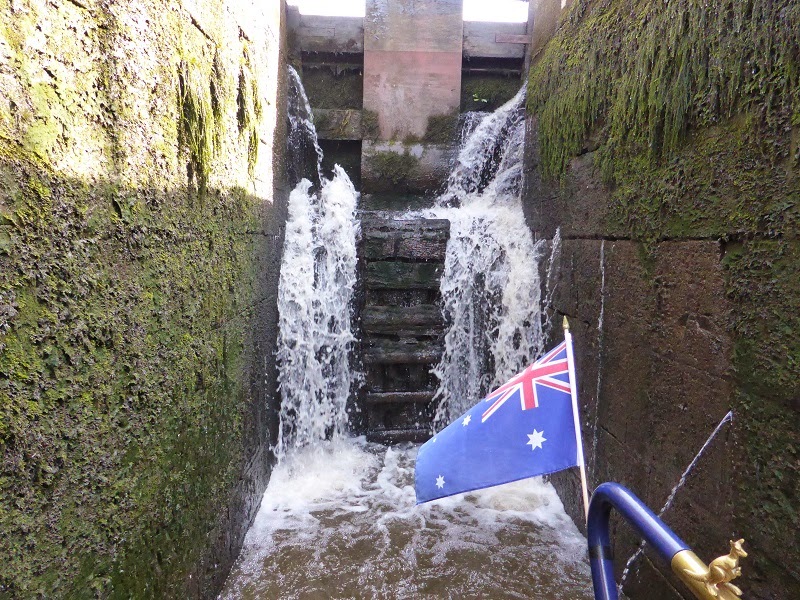 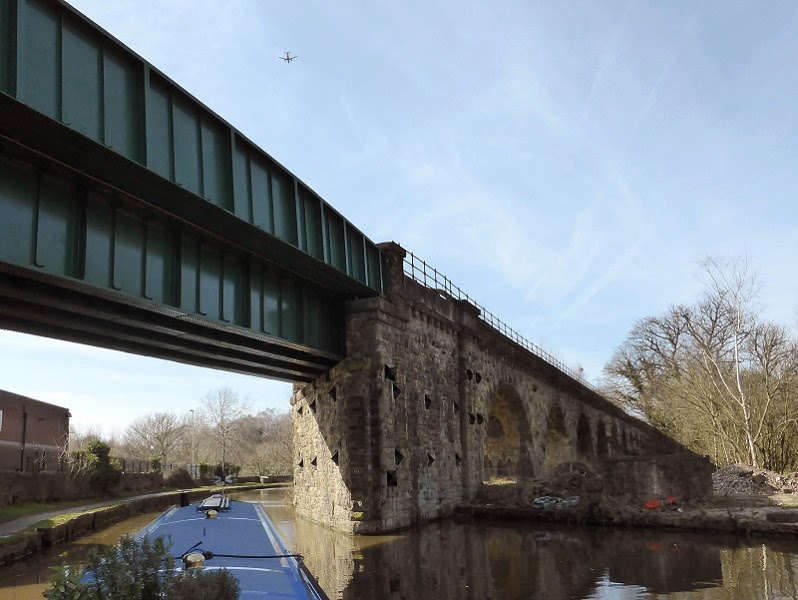 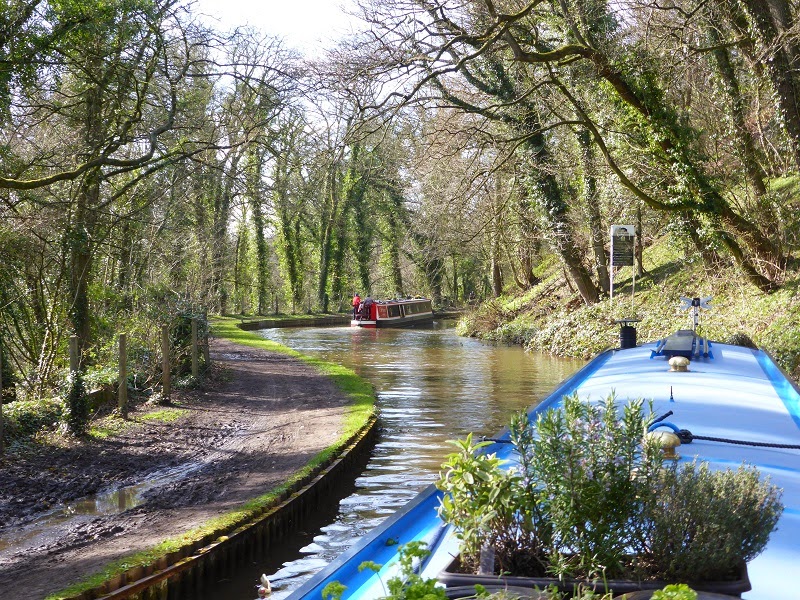 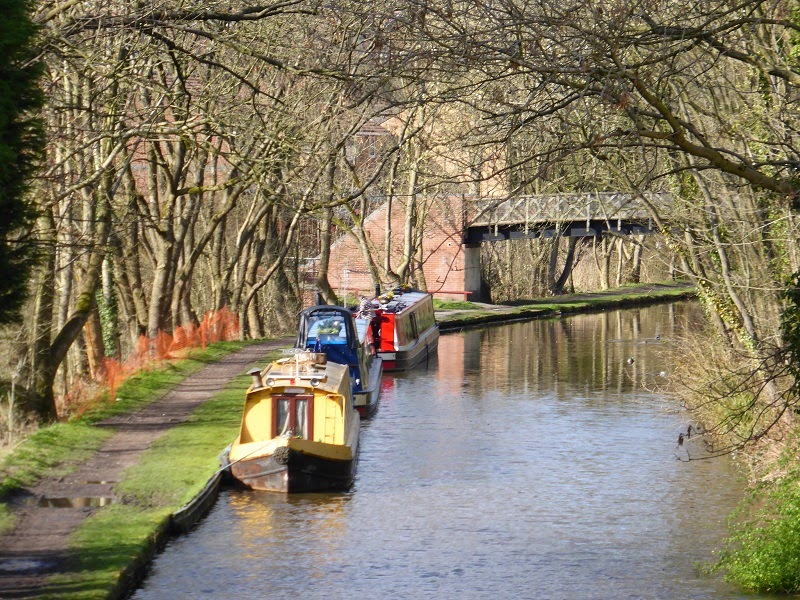 Just catching up on the blog -- I'm a bit behind.

You mean you didn't go along the Upper Peak Forest to Bigsworth Basin? You've missed one of the best stretches of Carl, with the best views, ans the best terminus!

Adam, I know, I know. We did want to get there but we used our "spare" time to visit the Caldon. We have somewhat of a timetable to squeeze in what we can in our last few weeks. Can't do everything!
Elly :)