Before and almost finished

For everyone who has asked for progress photos from the house up the street.... inside is very nearly finished although not quite.  I took a couple of photos on my phone today but they aren't the best.

The first two are before and after of the kitchen.  Amazing what a good paint job can do!  Even the kitchen cupboards are the same ones.  They did get new door knobs though.  We bought a pair of flat pack drawer units to make up the island and Mick made a benchtop (draped with a drop sheet in the photo!) for it and side panels painted to match the cupboard doors.  We haven't bought the rangehood yet.

The pantry got a window, some flat pack cupboards and Mick's made up benchtop.  Now there's also a space for a fridge or freezer to the right of the new window. 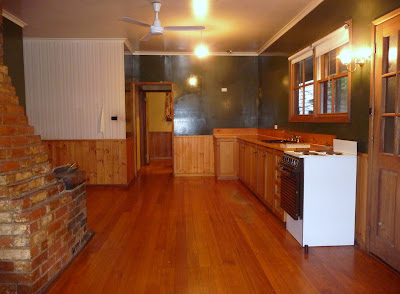 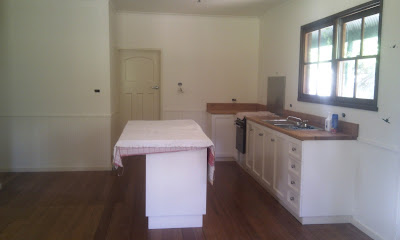 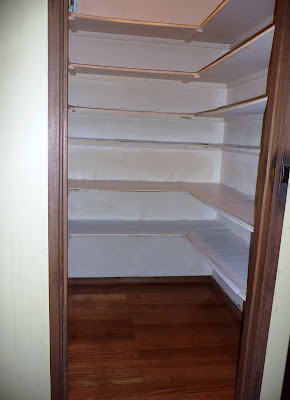 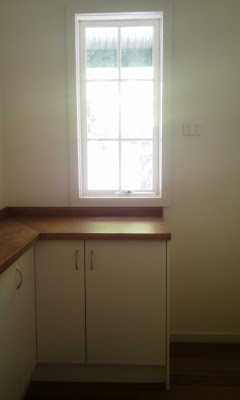 Email ThisBlogThis!Share to TwitterShare to FacebookShare to Pinterest
Labels: renovation