I've just had a couple of days away with my mum.  We did something we've talked about for a long time and drove to Wodonga (at the border of Victoria and New South Wales) to visit her first home in Australia.

My mum was the eldest of 10 children and was 13 years old when the family arrived at Bonegilla at the end of 1959.  Of the 20 something blocks of buildings (each like a little village) they have kept one block as a museum.  It was the block where my mum's family had lived so it was excellent for her to see it again.

What a shock it must have been to arrive from such a cold country as Finland to the blistering Australian Summer.  The accomodation was in un-insulated army huts, there was no trees or shade or grass as there is now.  The migrants lived in small one room cubicles, each with one tiny window and a door to outside.  Larger families like my mum's had 2 of the cubicles.  The toilet and shower block was a couple of hundred metres away and they ate in a canteen.

Many of the migrants who have written in the guest books don't remember their time at Bonegilla fondly, they disliked the food and hated the living conditions.  My mum remembers it all as a big adventure with lots of other kids around, a great place to swim in Lake Hume beside the camp, and the start of a new life. 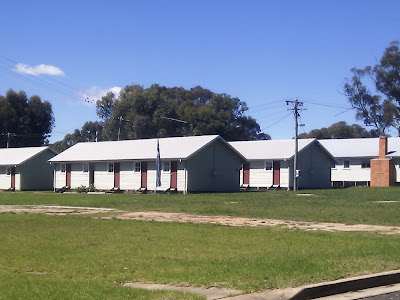 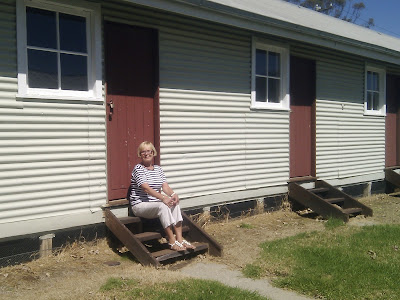