With Tore and Kirsten arriving tonight, we planned for today to be cleaning day.  I was wide awake well before 4am and couldn't get back to sleep.  This always happens in the lead up to something big and I have such mixed feelings about going home.

It had started raining last night and the roads were awash with water as we drove to Brinklow.  One section was so deep it was barely passable.  We cautiously crept through as a work crew prepared to close the road.

When we reached the boat we immediately started the engine to get to batteries charging and got stuck into cleaning while the Rose folk muddled about moving hire boats so Parisien Star could be wharfside on landline.  When they were ready Mick reversed the boat back between the moorings, through the swing bridge and squeezed between two Rose hireboats.  In the middle of busily cleaning the kitchen I got a text message from Carol saying she was thinking of us.  Oh dear, it set me off crying!  Better today than tomorrow I guess.

We were both busy for a few hours until midday when Kelvin and Rachael arrived to have a quick lunch with us and tell us about their acquisition - nb Serafina.  We chatted over lunch but with plenty left to do we couldn't linger long.  We will likely see Kelvin and Rachael next back in Melbourne.  I forgot to take a photo!

I had a chat with Anthony from Rose as we sorted out finances and returned the Henry hoover they'd lent us.  Everyone at Rose has been lovely throughout the process of selling the boat.  I'm sure Tore and Kirsten will be happy with mooring the boat there.  The fellow who came to ask if we were wanting diesel was chatty too.  He asked if we were selling the boat and when I told him we already had it turned out he knew Tore and Kirsten.  He said it was great they'd bought the boat as Tore had often said he'd love to have a narrowboat of his own.

In the afternoon we reversed the boat in a wide arc around breasted up hire boats to move back to get diesel and fill the water tank.  By the time we were done with that and moved the boat back to the wharfside, the cleaning project was almost completed.  Andy and Jean on nb Josephine were moored back a couple of bridges so Mick went in the car to collect them so we could have a final farewell.  We spent an enjoyable hour or two and I passed on another set of Angie's (nb Lady Esther) mooring pin covers.

After a final tidy up we put the last few bits in the car, locked the boat up for the last time, and drove Andy and Jean back to their boat.  We're both exhausted.... not enough sleep and a big day.  The rain didn't let up all day so we got wet each time we went outside the boat.  We're both glad to be tucked up warm this evening for our last night in the UK. 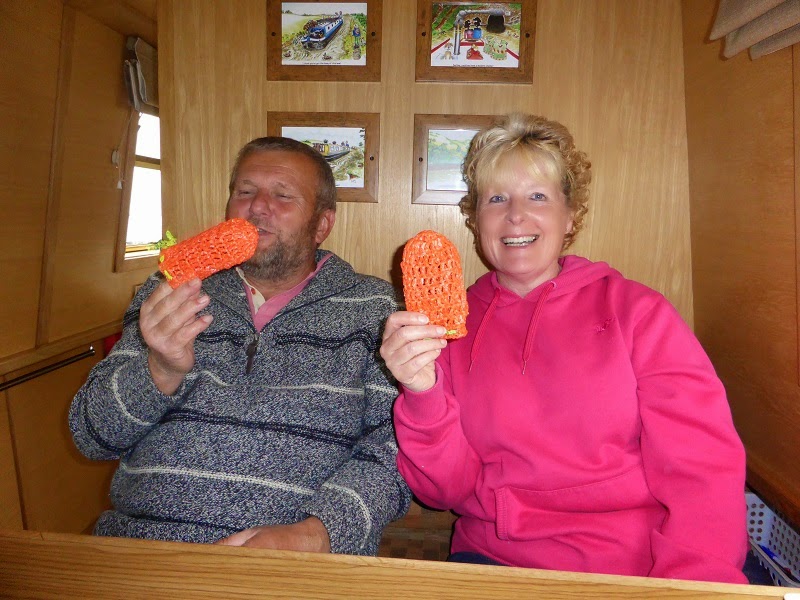 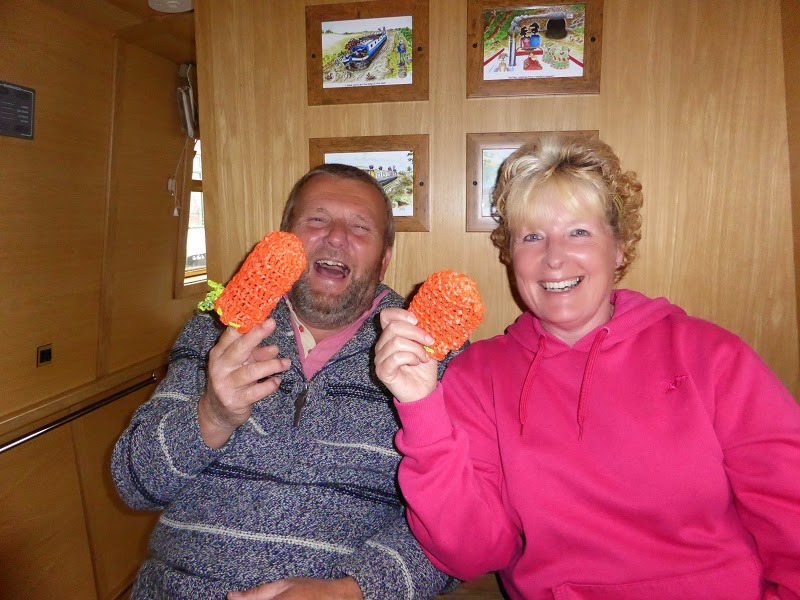 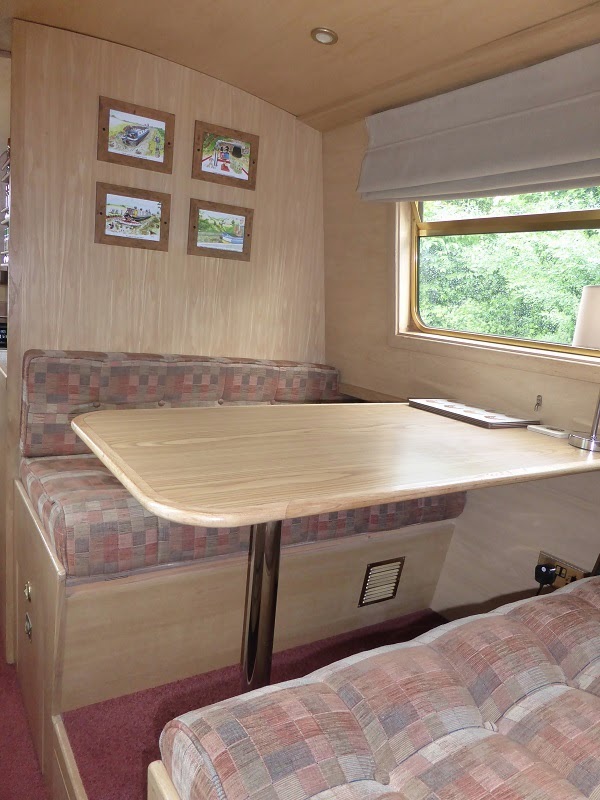 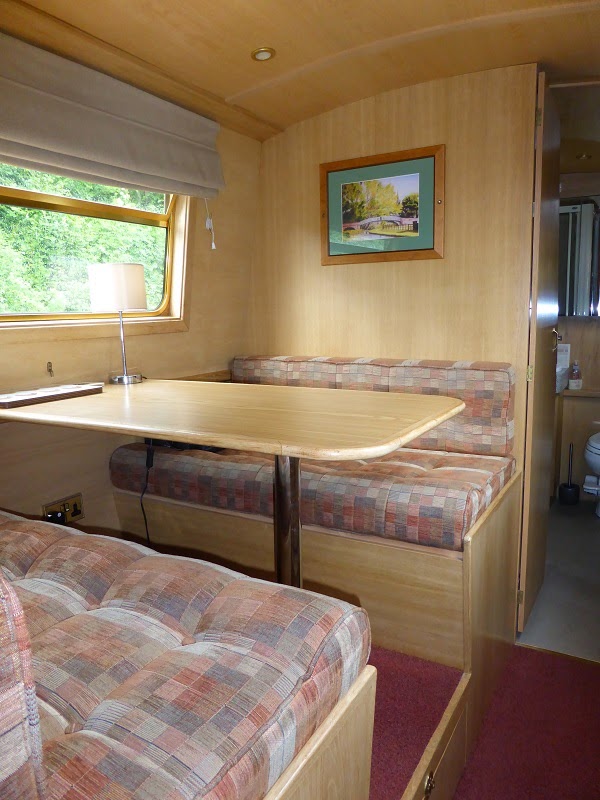 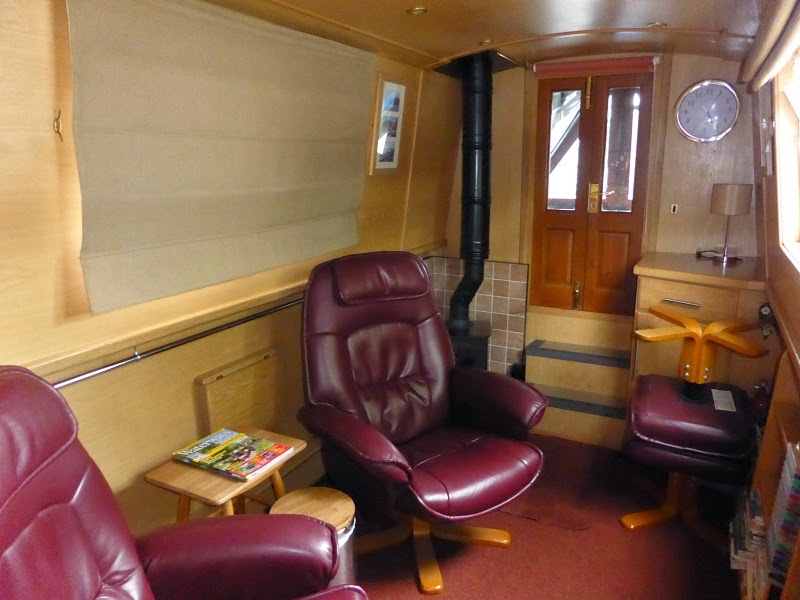 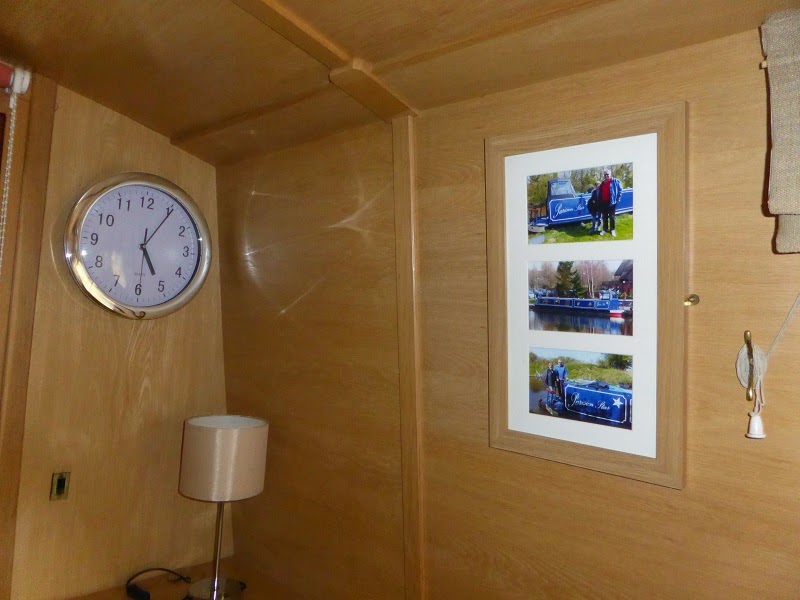 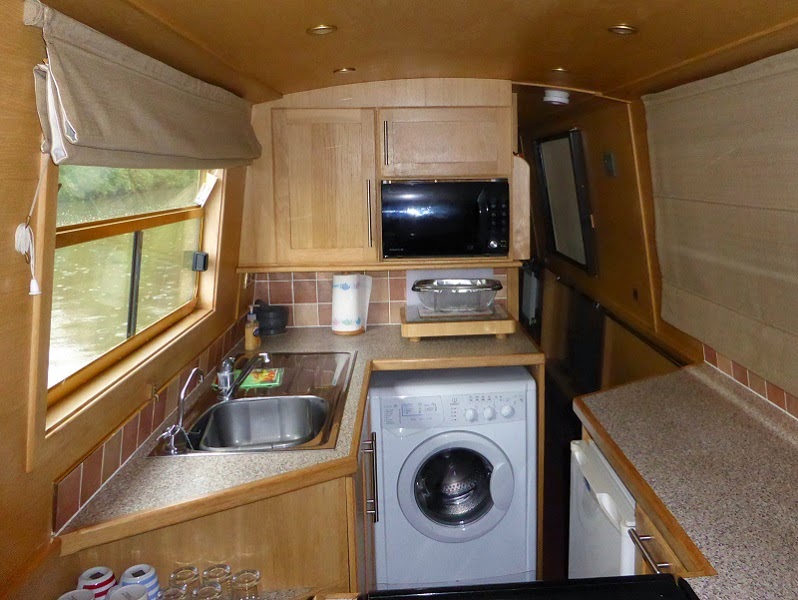 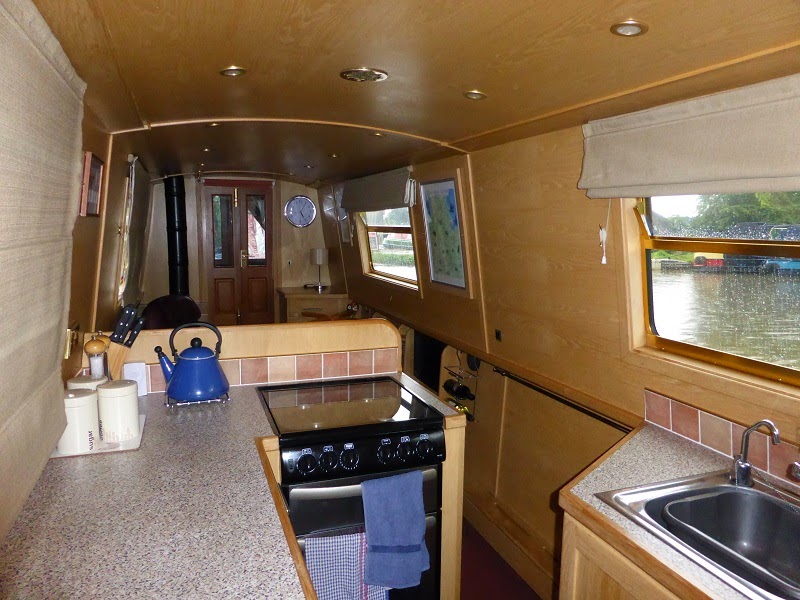 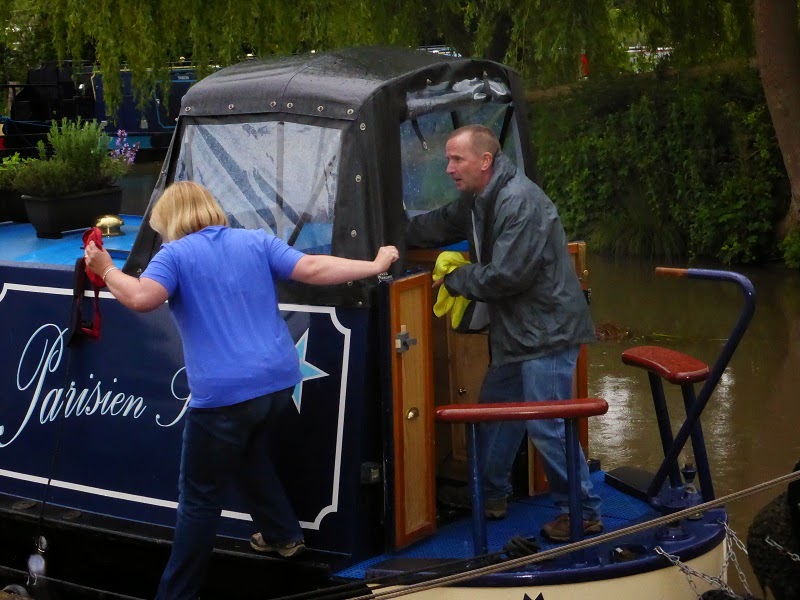 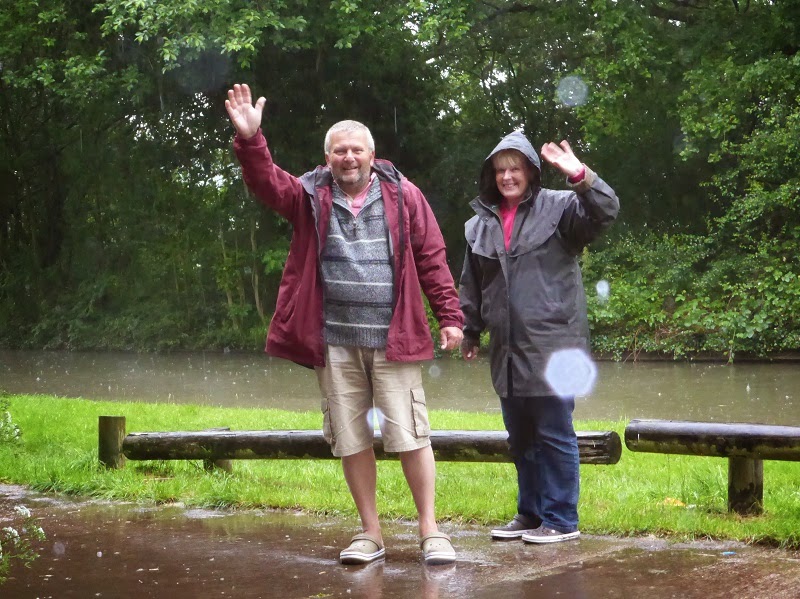 Just reading this is your final day here is the UK. I have been following your blog from before you arrived in the uk and your preparations before leaving to come over here. I can not believe it is now time for you to return home. I must say I have thoroughly enjoyed following your travels it has been so interesting how you have done all this. From buying the boat before you arrived to selling before you leave for home. What an adventure! I really admire your courage and organisation to have made this all possible. Have a safe journey home and I hope that you will update us all once you settle back down. Thanks for sharing your experience it has been GREAT and hope this has all been GREAT for you two.

Safe journey home guys, hope all your dreams for the future come true.

What a fantastic time you have both had on Parisian Star and wished we had met you both earlier.You will have so much to tell when back home and fab memories. xx

Dear Ellie and Mick
I hope you have a safe journey back home, I have really enjoyed reading your blog. Good luck with everything back home, hopefully we will still see a blog or two from you.

Thanks everyone. A real adventure for sure but it's at the end. We are sitting in a lounge at the airport!
Glad you've enjoyed reading.
Elly

Wow Elly & Mick what a GREAT tale I've lo every minute of reading it!
Parisian Star was a picture to behold in those photos above you did a Stirling job on the final clean the new owners must of been pleased.
I was up in Birmingham for the BCN Challenge the end of May I think had I found your blog back then I would of sought you guys out to say hello.
As the comment above "fab memories. xx"
Take care you two you made it happen.
Ade x.

Fab memories for sure, Ade!
How amazing to have "lived the dream". It still amazes me that so many people have enjoyed reading of our adventures and for that to happen still now is pretty special.
Thanks again for the return journey.
:) Elly