Mick woke feeling a little under the weather this morning as a consequence of the late night and too much beer.  He made a couple of attempts to get up between about 8am and 10am, by which time Lynne, Marie and I had finished breakfast, showered, packed cars, tidied up.  In the end he only got up for the final time just as the girls were getting ready to go!  We had a last chat, thanking them for all their help over the last 21 months and waved them off.  Perhaps there will be a stopover in Melbourne on the next trip home to New Zealand!

It had to come eventually and today was the day.  We had to say a final farewell to Barry and Carol on nb Winton's Folly.  We had some things to take to give to them and return to them.  We left the barn to drive to Banbury where they were moored and arrived there just after midday.  How lovely it was to see them again!  We chatted, laughed, drank tea and coffee and Carol made sandwiches for lunch.

I happened to glance out the window and recognized the bow of a boat I'd seen before.  It was nb Pem no.6 with Robert, Jayne and black lab, Bella aboard.  Mick hurried out to the stern to give them a wave.  They moored up ahead and we went to have a catch up and to see their boat.  They had come to see Parisien Star when we advertised her for sale.  It was nice to see them so happy to finally be afloat on their own boat.  They had such huge smiles on their faces.  It was also nice for us to see Bella, who must be one of the loveliest natured labs we've met. She's such a gentle and affectionate girl.

Robert and Jayne had a few hours cruising still ahead of them to reach their destination for the day so we waved them off and returned to Winton's Folly.  We were telling Barry and Carol that we wanted to visit the National Herb Centre after we left them today and asked if they wanted to come along.  It was a brilliant sunny day just perfect for an outing.

We enjoyed the visit to the herb centre.  Lots of inspiration for what we want in our own garden when we get home.  Everyone enjoyed plucking a leaf from aromatic plants and discussing what we could use them for.  All too soon the afternoon was over and it was time to say goodbye to our dear friends.  We drove them back to Castle Quay where they were moored and said farewell until next year when they come to Australia to visit.  Guys, we're so glad to have met you both!

As we drove home we both said how strange it felt to be getting on other people's boats when we no longer own one ourselves.  It felt like we should be moored up behind Winton's Folly.  We are tired this evening with some sleep to catch up on.  Tomorrow is planned to be a quiet day of packing.  First we'll go and buy the biggest suitcase we can find! 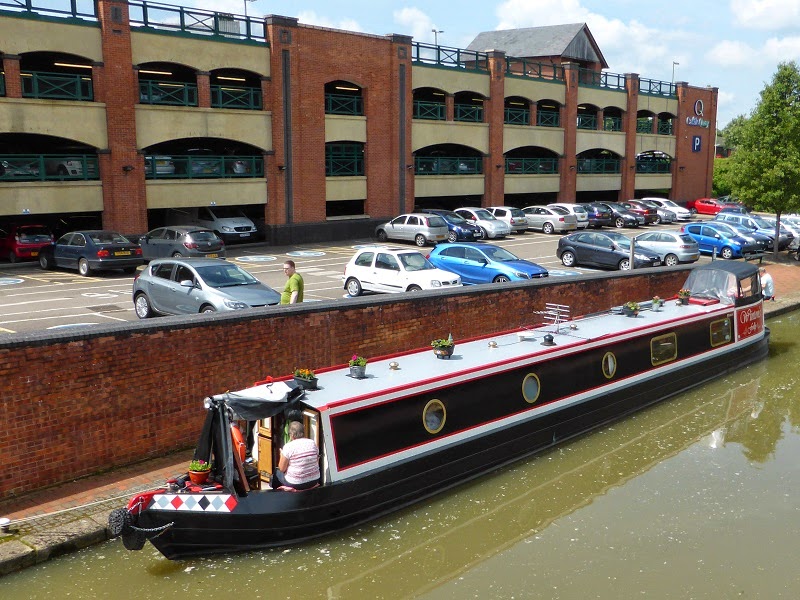 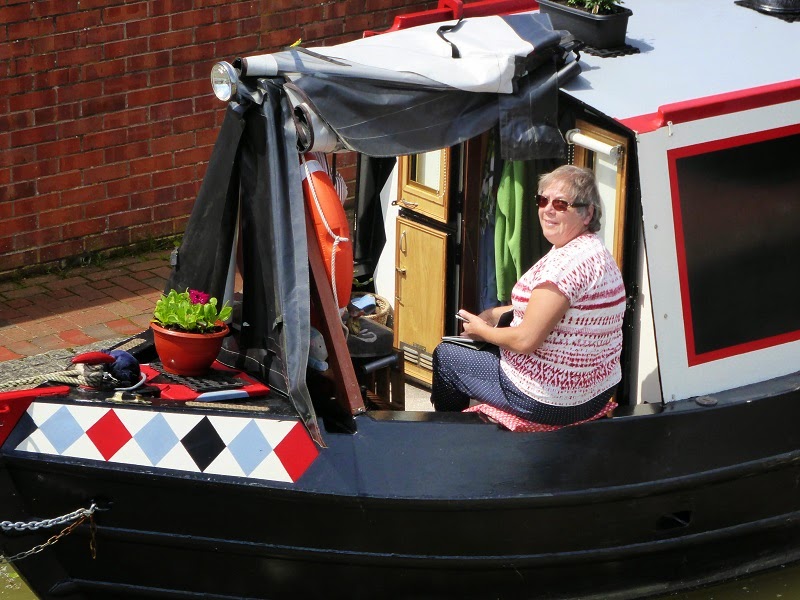 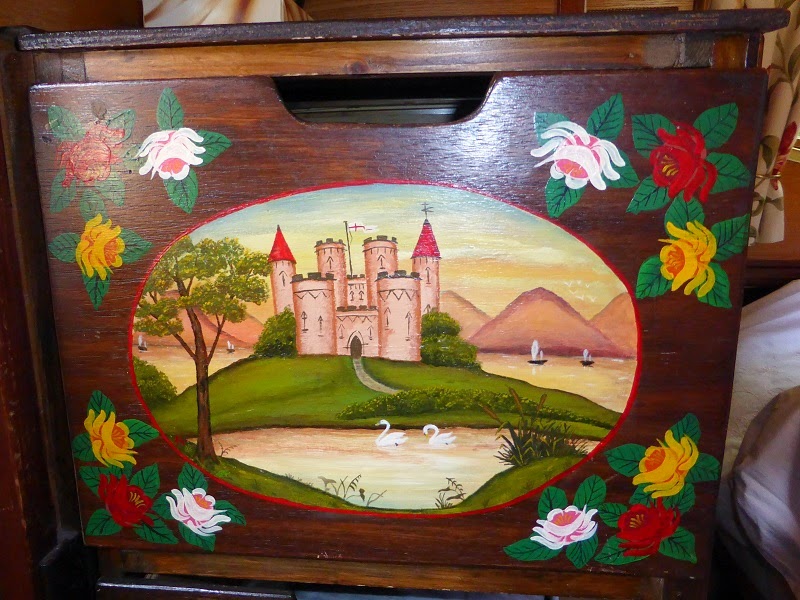 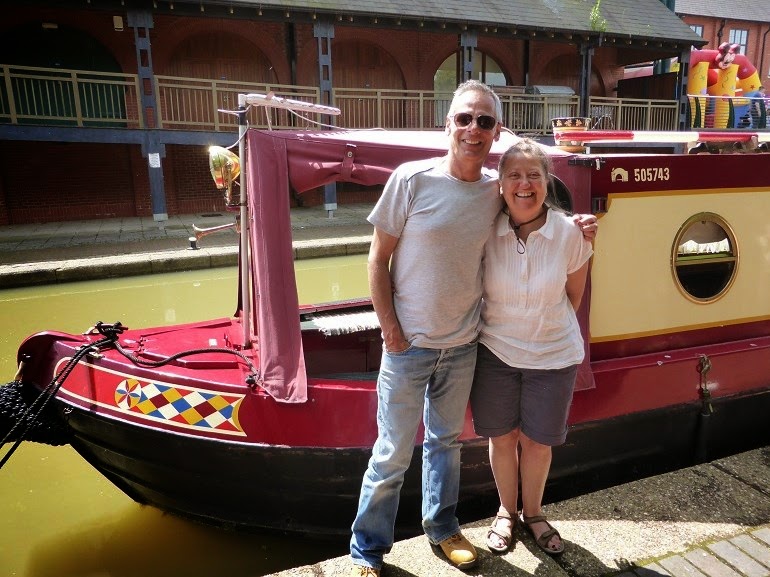 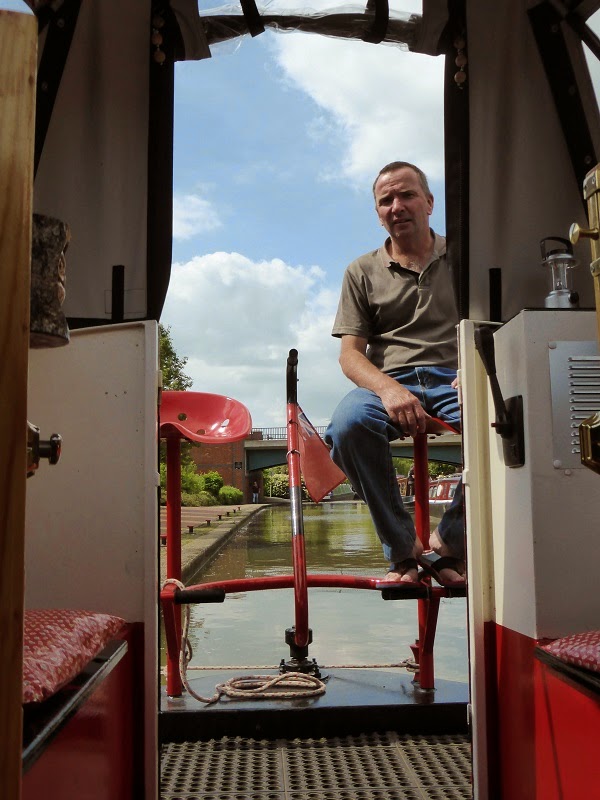 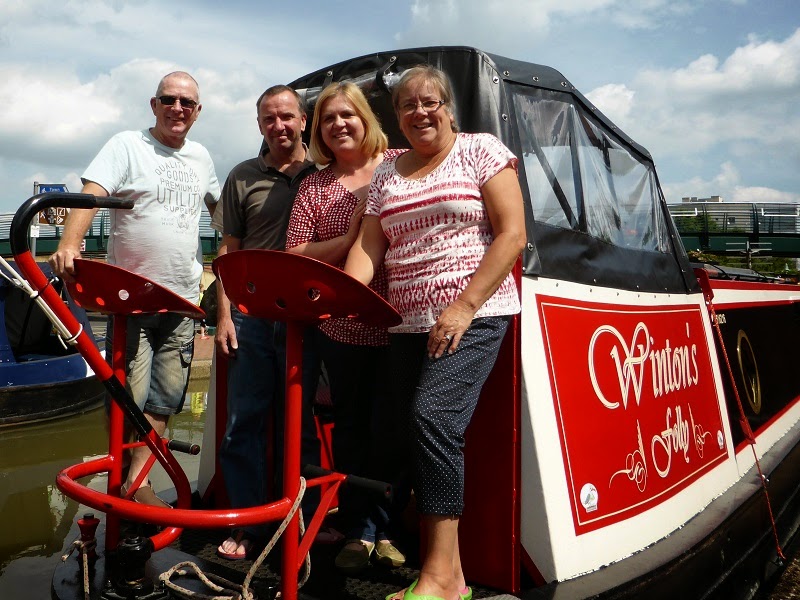 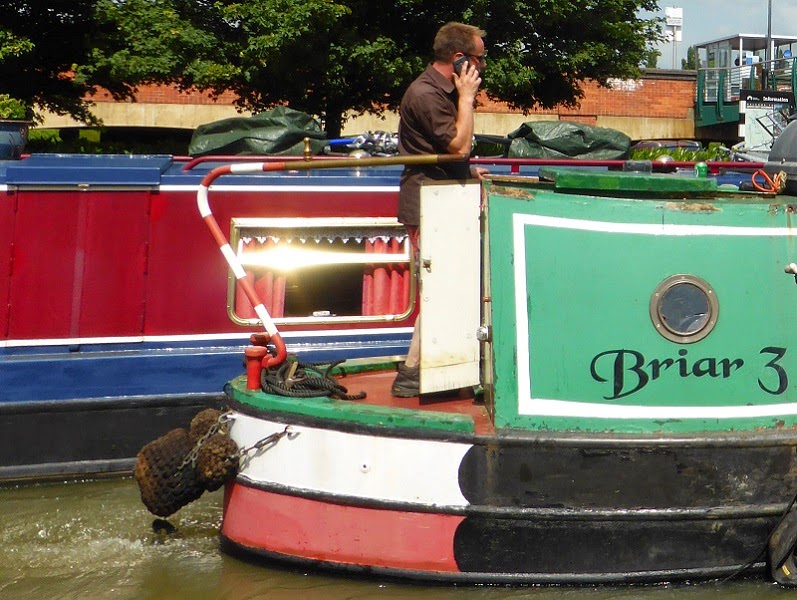 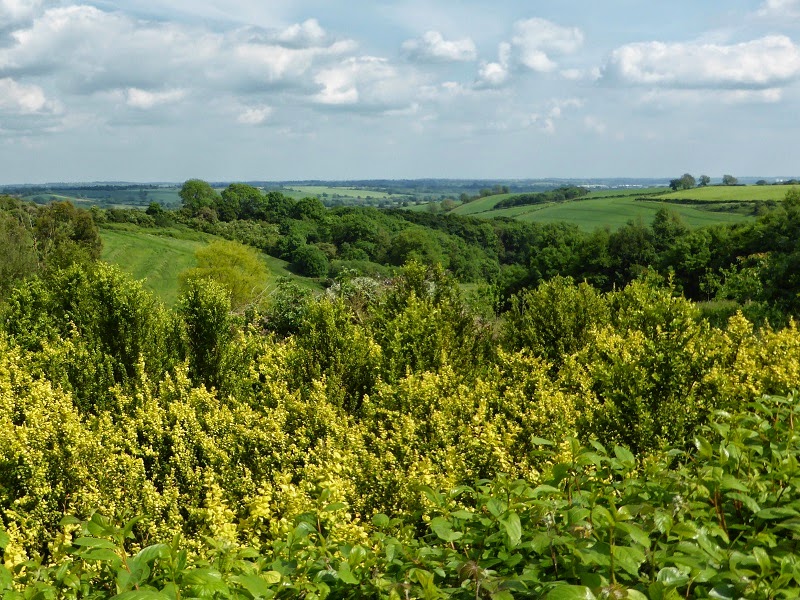 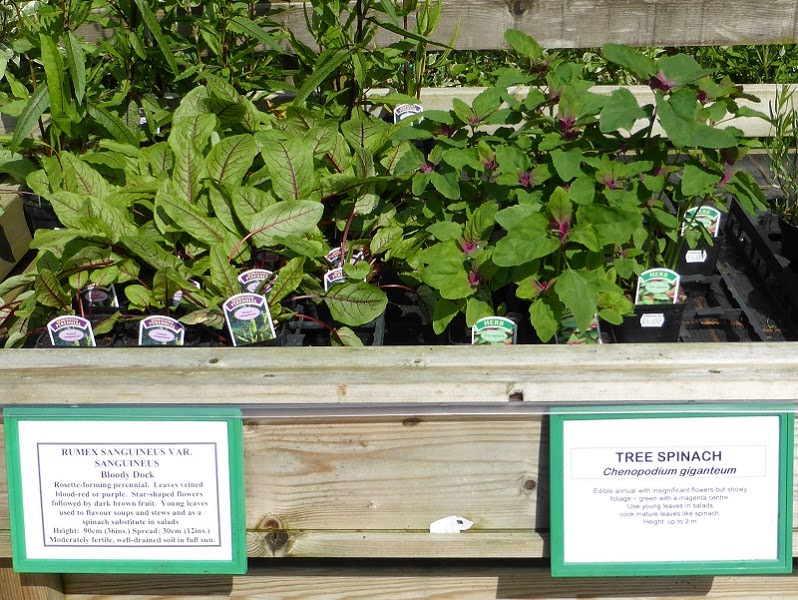 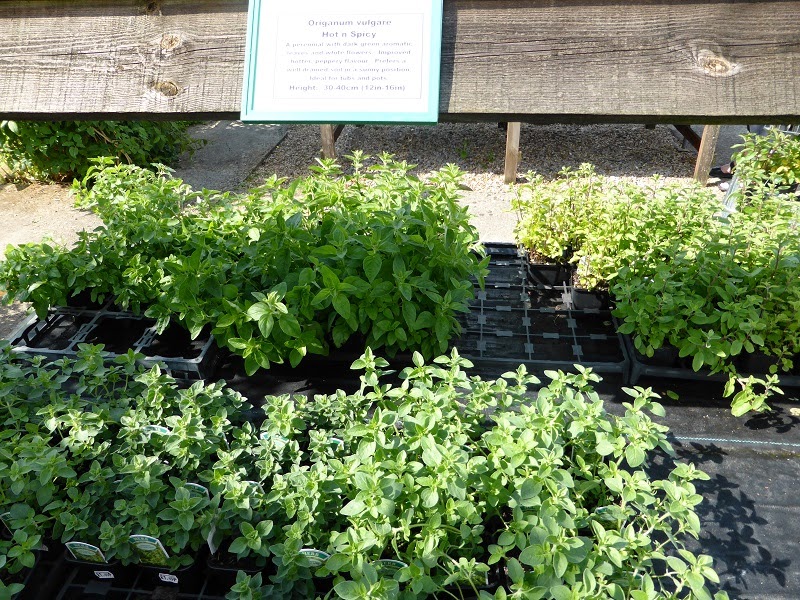 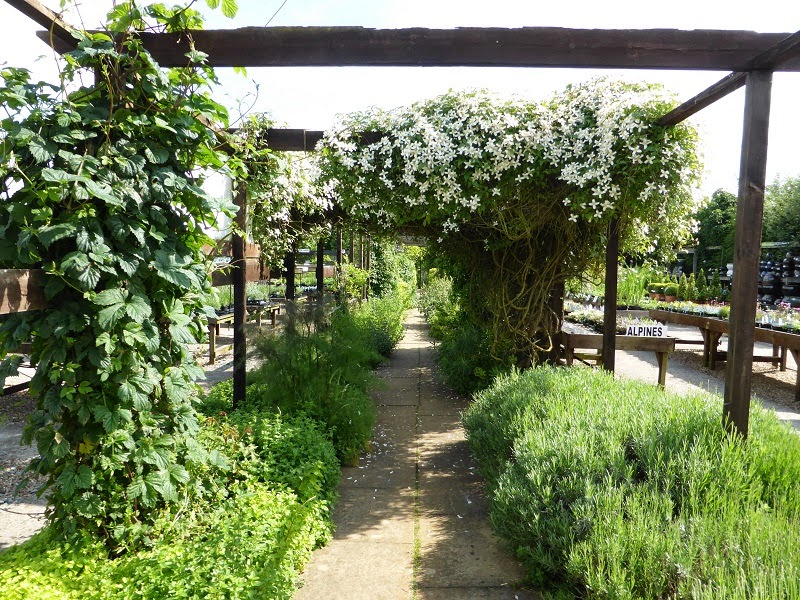 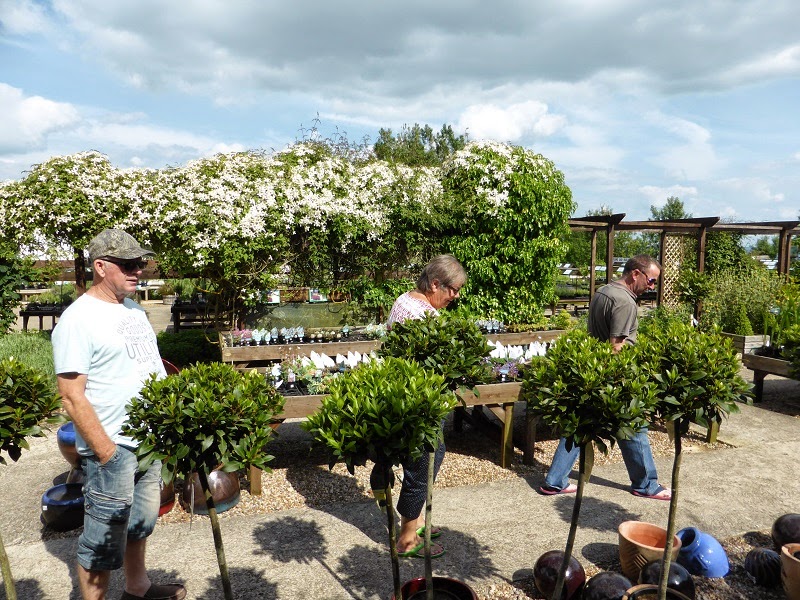 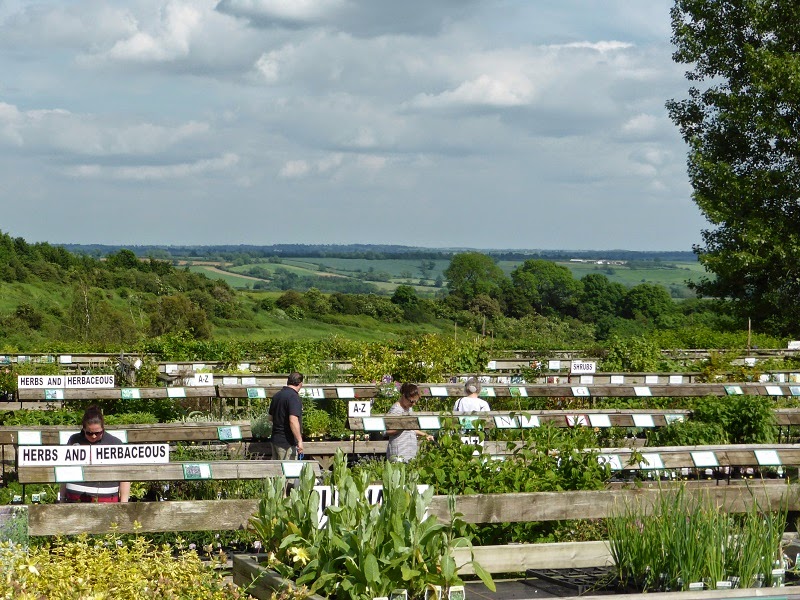 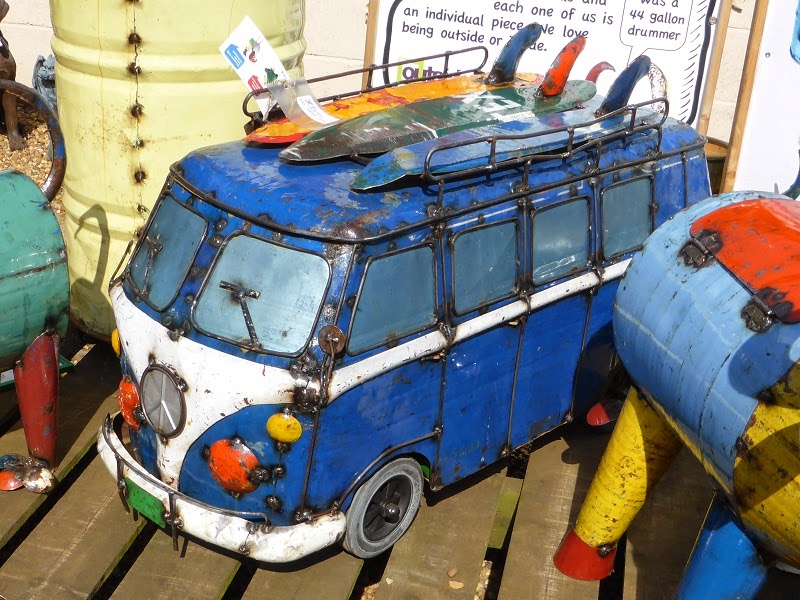 Hi Elly,
I did wonder after you went your different ways at Penkridge that there were no big goodbyes , now I kno why, because you had this visit planned how nice.
With a visit to you down under in 2015 what a grand friendship you guys have made. Been a good read of your travels together.

Yes Ade, we knew one of our last days in the UK would be with Barry and Carol. Such wonderful friends they were to us and now they're looking into plans for their trip to Oz next September/October. We chat often on FaceTime. Sadly, we've since learned that Jayne, the lady from Pem no. 6 has been battling breast cancer. Their cruising plans on hold until next year.
So... almost time to go home!
Elly