I know... I know... a bit of a lull in the blogging the last few days.  We've been to New Zealand to see Mick's mum before we head off to the UK.  It was a whirlwind few days and we've come home to our caravan exhausted.

Our evening flight on Friday night turned into an extremely late night.  The flight was late leaving and by the time we got to bed at the hotel it was well after 2am.  We had the alarm set for a relatively early getaway.  We went and picked up the hire car and headed off on the 2 or so hour trip to Katikati to catch up with some old friends of Mick's family - Jack and Anne.  It was an enjoyable visit and I even got to check out the local quilt shop!  I picked up one small roll of fabric for my hexagon star quilt to remember the visit to Katipatch.

In the afternoon we drove to Taupo where Mick's mum lives.  We checked in to our hotel with a lovely view of the lake and went and had a chat with her before going out for dinner to the Mole and Chicken.  We love the name of this place, it sounds so English.  It's not in the central part of the town but the locals obviously love it.  It was busy with the rugby on - Australia was thrashed by the Kiwis in the Bledisloe.

Sunday we had breakfast at Dixies.  We browsed the shops and bought ourselves a waterproof jacket each (yes, we're listening Paul and Elaine).  Mick's mum took us to a lovely wool shop and bought us each a possum and sheep wool hat and scarf.  Then it was lunch at a brand new cafe in Taupo called The French Cafe.  Excellent food there was too!

Following a visit to the honey shop we took Robin home for a nap and took ourselves off for a good long walk around "Craters of the Moon" to look at the bubbling mud pools and thermal activity.  It's a strange place with only very low vegetation due to the heat in the ground.  We also made a stop at Huka Falls as I never tire of watching the water exploding out from the rocks.  There were no jet boats to see when we were there but lots of tourists.  We had dinner of cold chicken and vegies and an early night again.  We didn't sleep so well in the hotel bed.

Monday was a huge day, firstly calling in to say goodbye to Mick's mum. Then we drove to Matamata, Mick's home town, for more visiting.  We had coffee with our UK friend Lynne's parents, then lunch with more old family friends - Brian and Binkie.

Our last stop for the day was enroute back to the airport to visit Clive and Marie.  Clive is Mick's childhood "partner in crime".  Mick said his mum used to ban him from playing with Clive and I have a feeling if we lived closer I'd be banning him too! We're hoping Clive and Marie will make their plans for next year a reality as those plans involve visiting us in the UK.  They want to spend 6-9 months touring the UK and Europe.  Hope to see you guys!!  We had dinner at an Indian restaurant before heading back to an airport hotel and collapsing into bed.

A very early start this morning.  We were checking in for our flight just after 6am.  On the flight home I was looking forward to getting back to our temporary home and we arrived in Melbourne to glorious sunshine.

Despite being extremely tired, there was no rest to be had.  I had my car booked in to have a couple of stone chips repaired in the windscreen before it's roadworthy test tomorrow.  I drove to Bendigo and my mum came with me to drop my car off and I spent the hour and a half having coffee with her.  By the time I bought some groceries so we'd have something to eat for dinner and drove back home again I'd really had enough.  What a few days!! 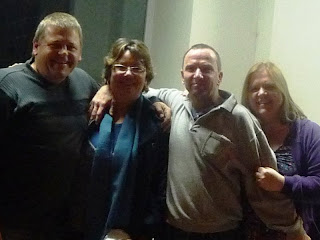 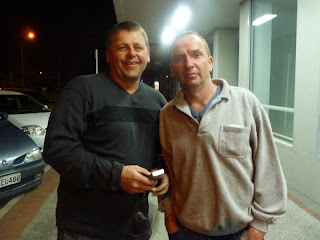 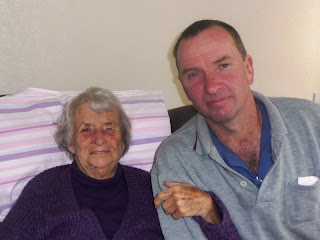 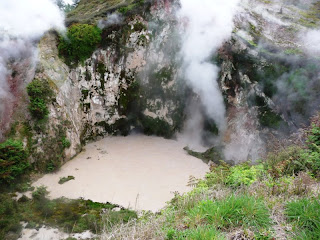 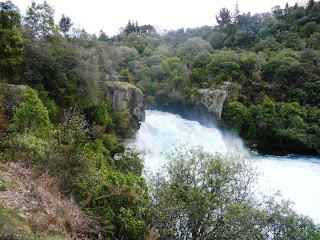 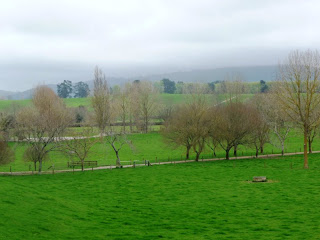 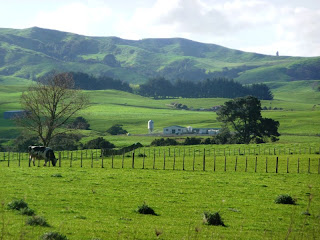 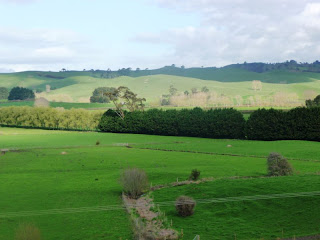 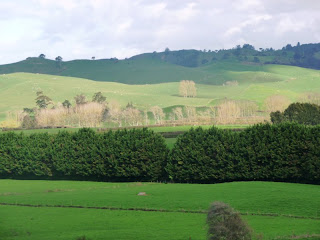 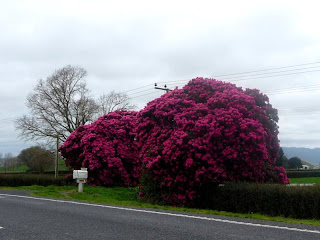