First we topped up our groceries and with Carling being on super special at Tesco, an extra one of those!  Then I walked back to Red Bull to the BW services to dispose of our rubbish and get an application form for our boat licence which expires next month.  I noticed someone had left half a dozen go kart type tyres by the rubbish skips so when I got back to the boat Mick decided to go and get a few to use as larger fenders.  It saves us buying the tyre fenders that have been recommended to us.  Nice bonus.

Just as we were back at the boat we noticed that nb Penny Royal who had been moored a little behind us was heading off in the direction of the lock ahead of us.  As they passed, Mick asked them if they were planning on going through the Harecastle today and they said they were.  He told them we'd follow them and go through behind them.  We got sorted and I walked ahead to the lock pair.  They had set the second lock for us and the gates were open.  Lovely!

We reached the North portal of the tunnel, which is nearly 2.7 kilometres long, and had a chat with the tunnel keeper who has an Aussie partner.  As it turned out she's originally from Melbourne.  nb Penny Royal headed off, disappearing through the entrance to the tunnel.  We provided the necessary information to the tunnel keeper and it was time to go.

We'd been a bit nervous about the tunnel so it was a relief to have another boat going through at the same time.  It turned out they had no horn so they were glad of the company too.

The first section of the tunnel was reassuringly wide and it didn't seem too bad at all.  The light from the entrance slowly got smaller and smaller as we chugged along.  The width and height of the tunnel also got smaller.  We could see the light of our travel partners up ahead and the occasional flash of their camera.  The water was unbelievably orange and at the edges a bit slimy looking.  The brickwork forming the tunnel was more than a bit slimy.  In some places water showered down from above.  We're lucky that we're not very tall as there would be many who would have to duck in the sections that are quite low.

In the middle of the tunnel you can't see either end and it's also lower and narrower.  It wouldn't be nice if you were claustrophobic.  Mick seemed to take the steering in his stride and I had a little time inside and in the cratch taking photos.  It was a little difficult to get a decent photo from the stern because the flash from my camera didn't reach far enough.  It was less than 40 minutes before we reached the other end.  We could see the boat ahead silhouetted in the light shining in from the end.

We stopped for water immediately after the end of the tunnel and had our leftover soup for lunch.  There was only another mile or so to Longport where we planned to moor up.  We arrived in the rain to see nb Penny Royal mooring up in the same place.  They had made a joke before we entered the tunnel, saying there was a sharp left turn we needed to look out for in the tunnel.  When we pulled into the mooring in front of them they called out that they thought we must have been still back there looking for the left turn!  It's a nice place to moor.  There's a few other boats about and we're next to a very pretty lake.

Once we'd settled in we went off for a good walk around Longport.  Just beyond the next bridge we spied some amazing old buildings.  We've headed into pottery territory and it shows.  There was an awesome brick kiln, the first we've seen but not likely the last.  We saw some gorgeous old chimney pots outside a little store called "Cherished Chimneys".  It was great to chat to the folk there - they suggested some things we shouldn't miss in the area.  We're looking forward to walking further afield tomorrow.


So, lots to say today and lots of photos too :
1. The BW services at Red Bull
2. Moorings on the edge of Kidsgrove
3. Reaching the Harecastle Tunnel (entrance to the now defunct second tunnel at the right)
4. The tunnel entrance
5. On our way
6. A pinprick of light ahead is nb Penny Royal
7. Concentration
8. Slimy edges
9. A ghost!
10. A little lower now
11.Yellow paint to warn of a narrowing in the tunnel
12. Gunky tunnel roof
13. The end is in sight
14. Daylight at last
15. The door shuts behind us
16. Look at this kiln!
17. Fascinating old derelict buildings
18. Chimney pots
19. Cherished chimneys - nice building
20. I liked this lantern outside an old pub
21. And Mick liked this truck 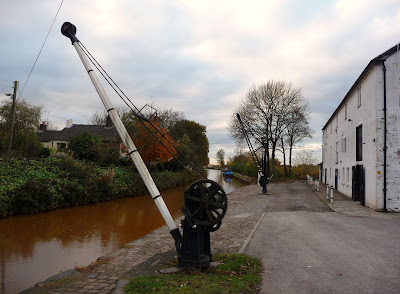 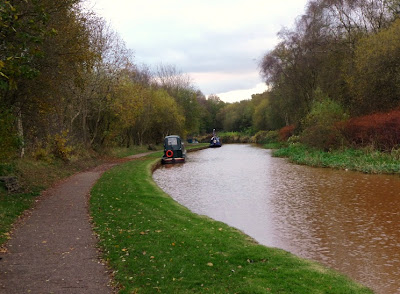 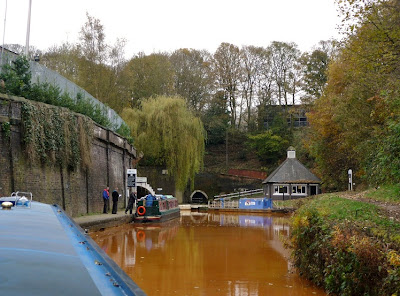 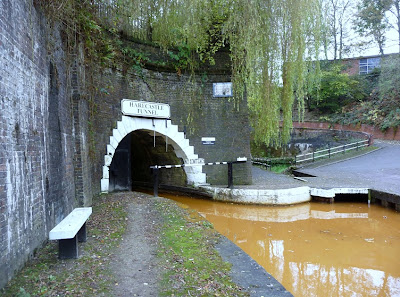 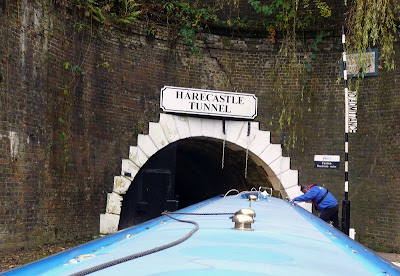 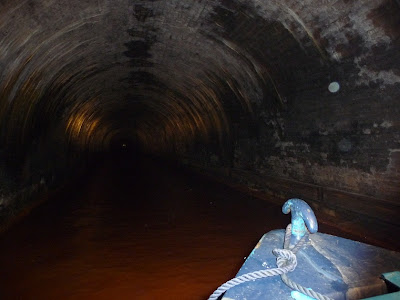 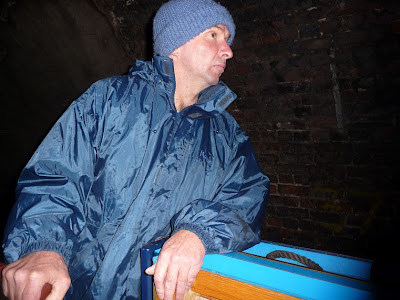 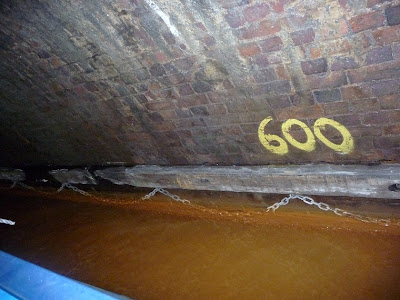 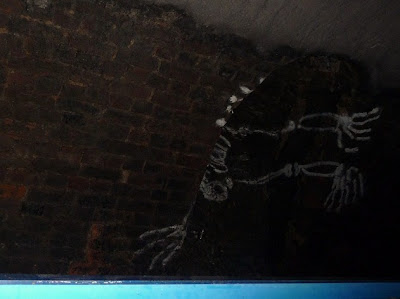 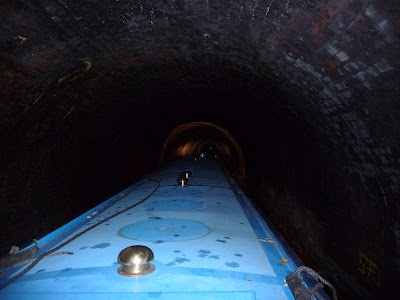 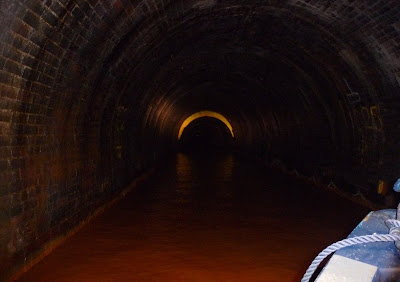 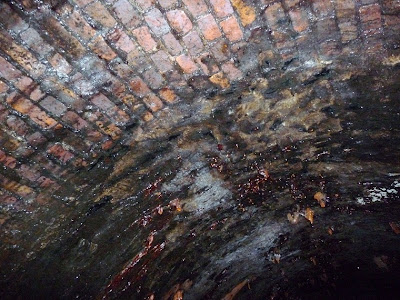 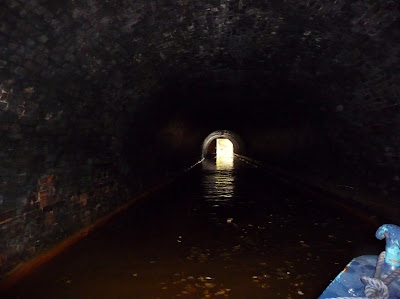 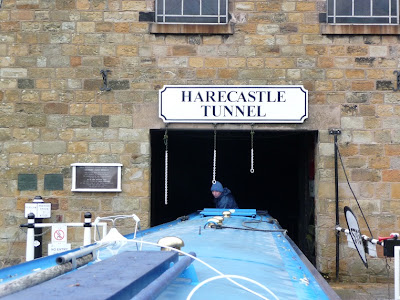 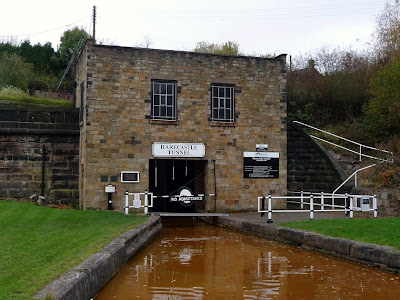 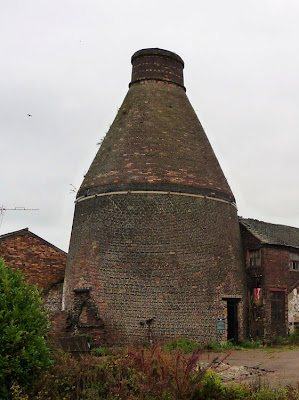 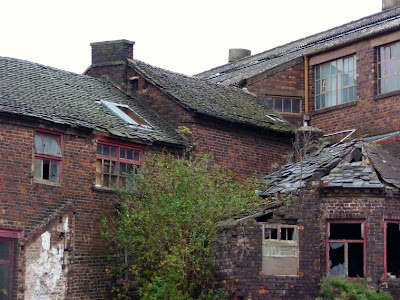 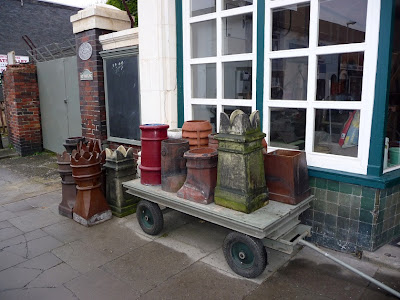 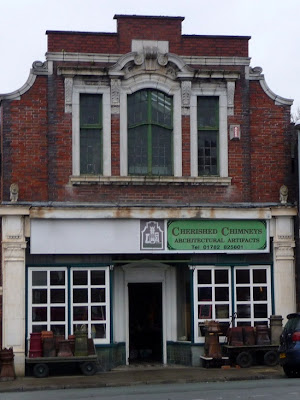 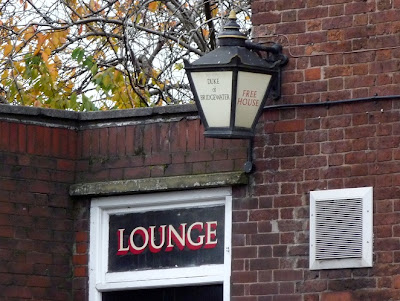 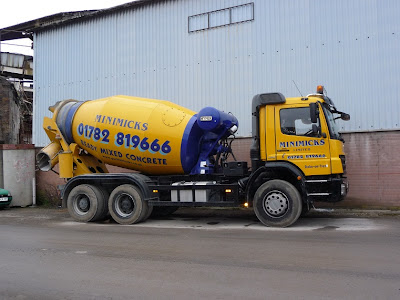