Originally we planned on staying a couple of nights at Barlaston, mostly so I'd have more time to work.  We looked at the weather forecast last night and it seemed that Friday would be the pick of the days for cruising.  We knew we had a few locks ahead to reach Stone so decided to move on.  We figure we can come back over Winter when they predict a few days of kind weather.

We shared those first few locks and then I went in to work.  We stopped for lunch at the edge of Stone before tackling the locks heading down into the town.  We filled the water tank again at the water point and got chatting to a couple walking with their daughter.... at least I think she was their daughter.... from Melbourne.  She'll be back for Christmas with her boyfriend and mum said "We'll come and find you at the marina so you can tell him he should come and live here!"

At one of the Stone locks a lady got chatting to Mick after seeing our Aussie window flag.  "I know an Australian couple at Aston Marina" she said.  Hmmm... wonder who that might be.  Turns out we were chatting to Lyn, who has befriended Ray and Diane on nb Ferndale.  Just a little further back we spied nb Ferndale moored after her freshen up.  Looks good too.

Today was a day of lovely canalside property.  There is a housing development on the edge of Stone which we really like.  It turns out that Lyn, mentioned above, lives there. Our favourite was just out of Barlaston.  I think it was called the Boathouse or Boat Yard house.  It had it's own little arm just big enough for 2 boats to be moored.  They had old lock beams in the garden.

After exiting the second last lock into Stone, I walked ahead to have a look at the mooring situation.  There is 24hr moorings beside the carpark on the left and room for 4 boats on the 48hr moorings opposite.  There was space against the carpark but the first boat on the other side had moored back half a boat space from the end.  The next two were nicely close behind but there was only half a boat space left at the back with the lock mooring behind.  We stopped in the carpark space and I walked ahead again to see what was beyond the next lock.  A pretty spot it was down there but not a boat in sight.  We like the company of at least one other boat.  When I walked back up, the fellow in the boat opposite (last in line along that mooring) called out to just come in behind them - they were leaving first thing in the morning.  We decided we would as it's much nicer to moor against greenery and trees than a carpark that will be empty in the night.

I had another couple of hours work and then we had a little walk around town.  We discovered a couple of nice looking pubs and restaurants to try out. As we arrived back we had a good chat with the lovely folk on the boat in front.  It's a share boat and it recently had a very nice new paint job.  They moor at Aston so we may see them again.

Sounds like we did nothing but chat today doesn't it.

A selection from today :
1. Aren't the trees looking bare now
2. A row of cottages overlooking the canal
3. And this row even closer
4. A picture perfect garden and a private mooring for two
5. New housing development on the edge of Stone
6. Just as it says... our temporary home town
7. Don't know what type of ducks these were - they walked upright like Indian Runners
8. nb Ferndale awaiting her owners
9. Mick had a little fan club on the right
10. Tunnel for the horses to walk through in the old days
11. Amazing canalside building
12. Hire boats all in a row
13. Don't know what this building is but it's lovely.... note the molehills at bottom left 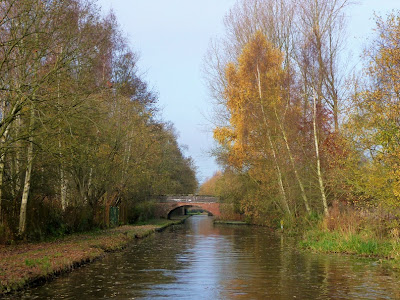 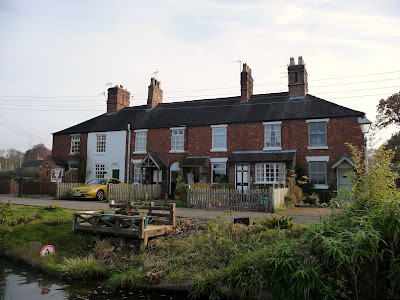 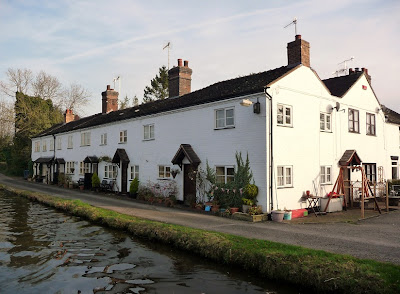 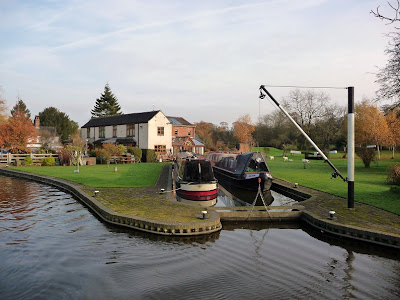 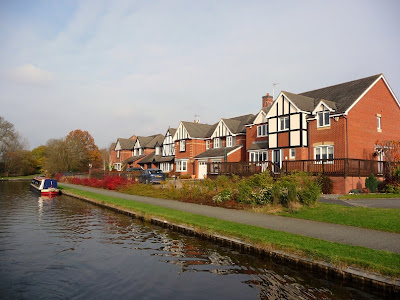 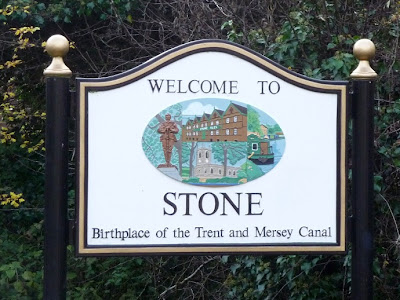 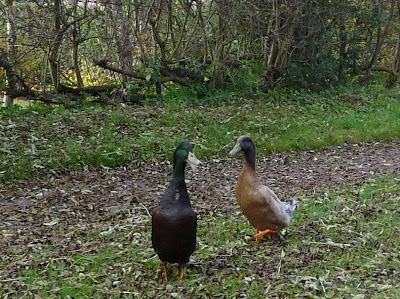 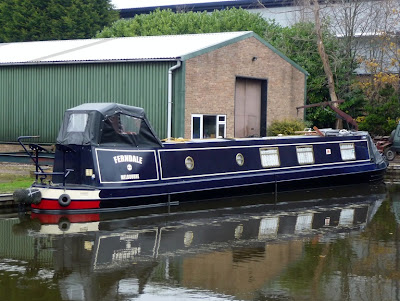 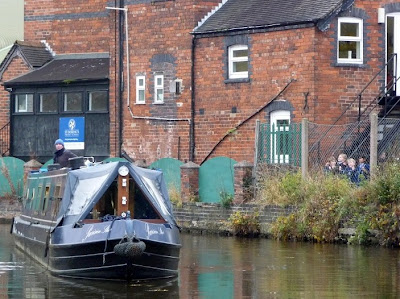 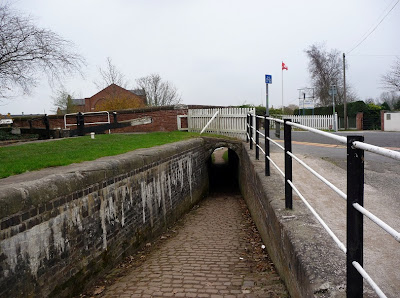 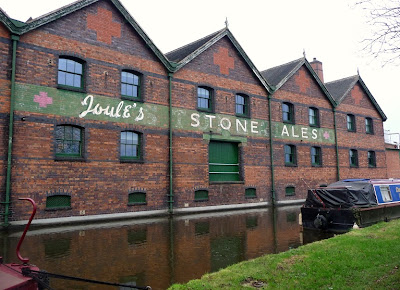 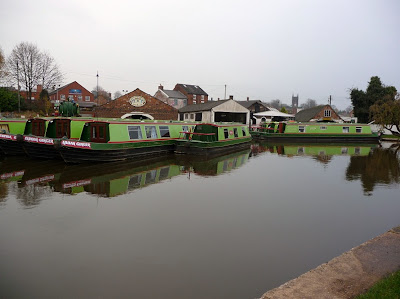 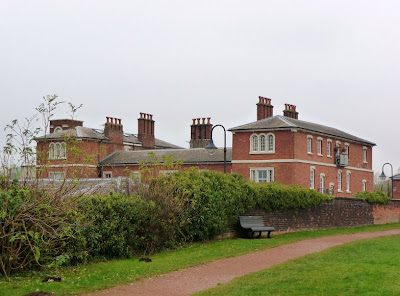 Hi Ellie, I've just started reading your blog and I know I'm be ing nosey but I wondered what are you doing for work and how ar you managing to work and travel?

There's a great Italian in Stone, I can't remember what it's called (we went in September), it's next to the lock in town. It's not cheap but worth the money!

I'm an accountant and had two part time jobs. I'm still doing both of them with slightly reduced hours. We use Dropbox to send stuff back and forth. Luckily the job with most work hours stores all files electronically so it's not too difficult. The other just scan what they want to send me. It took a bit of getting used to and I'm sure we will improve our methods as we go but so far so good.

I thought I'd work set hours but that hasn't worked out. We are dictated by the weather, loo and water. Now I just work around that. Sometimes I work in the evening or early morning. It will be easier over winter in the marina and I will have more time on my hands.