When we got up this morning the floor was on a distinct lean.  What a strange sensation - like walking uphill.  Looking out the porthole the reason was apparent.  Overnight the water level had risen quite a bit and with our mooring ropes secured to hold the boat against the pontoon we were now wedged tight against the decking and that side of the boat couldn't lift any higher.  Lesson : leave a bit of slack in the mooring ropes!

It only took a minute to rectify and it was a relief to have the boat moving under our feet again.  I don't like it at all walking around the boat and it not moving.  We've become used to it.  When Elaine came over the other day she found it odd to have so much movement in the boat.  nb Caxton has pretty much a central walkway the whole length so the boat doesn't move about as much as you walk.  We're used to it now.

It was quite cold but the sky was blue and it really was a lovely day.

I worked a couple of hours this morning, catching up on missed time from during the week.  We planned a Sunday lunch at the nearby pub.  It's usually an easy walk along that road that goes onto Stone.  Today with all the rain we've had the roads were awash with water.  The ground is already waterlogged so new rain has nowhere to go.  There isn't a footpath, just a bit of a grass verge, and with the cars racing by splashing through the deep water we were almost drenched a few times.  Every time we saw a car coming who obviously intended to just plow through the water we'd try and dive out the way into a driveway.

We had an excellent lunch of cod and chips at the Three Crowns pub.  You can see from our plates below that we bailed out on the mushy peas and asked for garden peas instead.  Our budget allows for us to eat out once a week so this might become a regular!  We've booked in for Christmas lunch so that will be nice.

When we arrived back at the marina there appeared to be a little conference going on between some of the boaters on our pontoon.  When we came down to the gate we immediately saw the reason.  The water had risen another 2-3 inches while we'd been gone.  There are more boats with the owners not about than there are with someone in residence.  They were releasing the mooring ropes on the boats that were pulled tight against the pontoons.  We needed to do the same... again... and the boat next to us as well.  It didn't look like all that much further before we'd be floating over the pontoon and into the field!  Well... maybe not floating off anywhere... but if the water level goes over the level of the decking it's going to be very difficult for us to leave the boat.  We haven't bought wellies as we just don't have enough space and the thought of feet drenched in freezing canal water.... hmmmm.... not nice.  There's more rain predicted so tonight and tomorrow so we'll just have to see what happens.

I had another work task to finish this afternoon and promised myself I could go for a walk around the marina only after I had it finished.  Diane from nb Ferndale and I went for a walk late this afternoon and poor little Banjo the dog is almost needing a run up to jump back onboard!  Stepping from the boat onto the pontoon is getting higher and higher.  From the other side of the marina we could see across to the river which has burst it banks.  The water is just rushing down over the towpath and filling the canal.  Apparently the flow into the canal was greater earlier in the day but it hasn't stopped.

A few from today :
1. What a lovely morning
2. Mick at lunch
3. And me
4. A lovely idea - framed pieces of old wallpaper and a piece of an antique quilt
5. Here's lunch
6. The Three Crowns - thatched on the left hand side
7. The view from the front of our boat - nb Stanley - the ducks were swimming under that pontoon the day before
8. Looking back down our pontoon to the security gate.  All the fenders now above the level of the decking
9. Our stern with the water touching the underside of the pontoon
10. Mick's photo of the breached river
11. The canal at front with water running in across the towpath
12. From a higher vantage point - you can see the river beyond the hedge (not usually!) 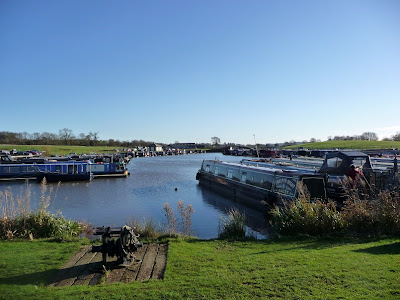 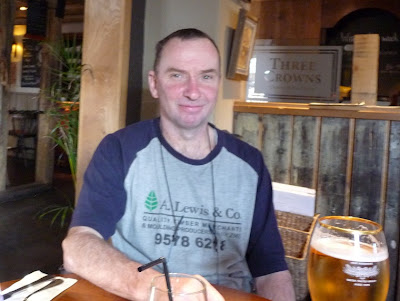 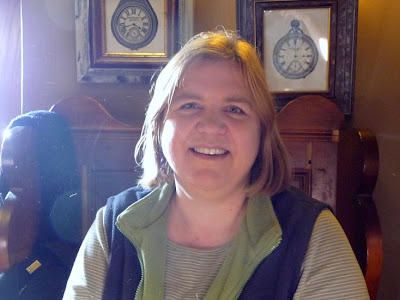 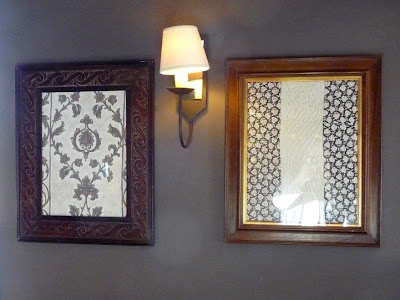 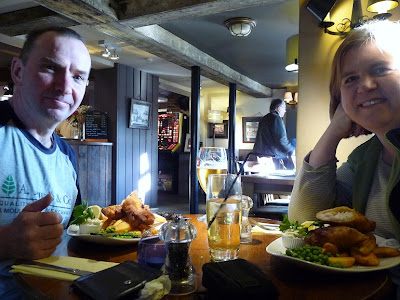 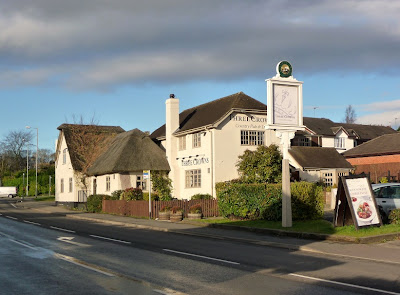 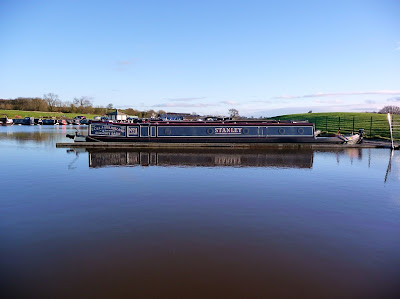 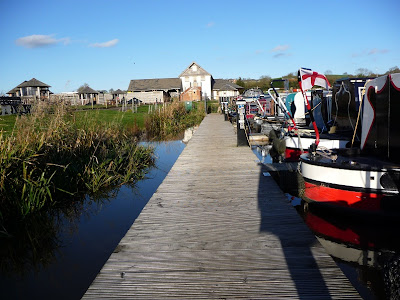 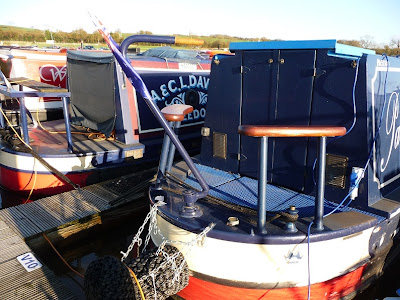 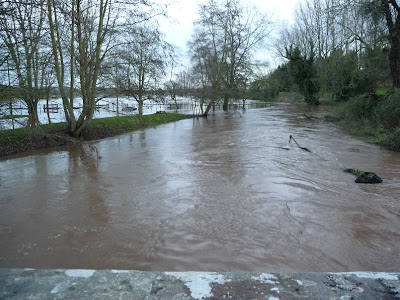 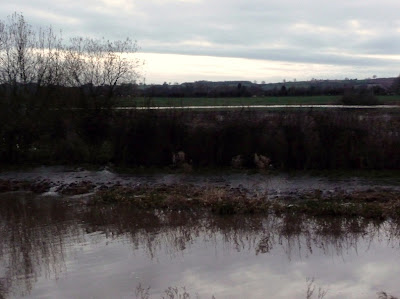 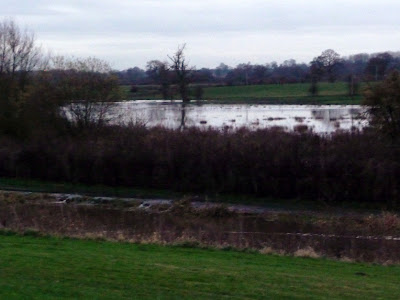 Have just noticed a photo of our boat on your blog-NB Stanley.Just wondered how the water was looking today and if anyone had slackened our ropes? Hopefully will bump into you at some point at the marina. Lynn