This morning I was thinking about my 4-10 sewing group back home.  While we had breakfast they were having dinner.  I wished I was there with them, and not only for Rachel's sticky date pudding.  I have my first quilt block completed in the UK for my hexagon star quilt so took a photo of it to show the girls.  Mick took a photo of me shivering in the wind at the front of the boat.  I emailed them to the girls at sewing and within minutes there was a reply.   Then came photos of the girls with a printed copy of the photo I'd sent them.   Thanks for the photos!  It was great to see them all busy stitching.  I see the tables have been re-arranged.  No posh table any more?

I had a look yesterday for quilt groups in the Stone area.  I found there was a "finishing day" on Saturday in a village not too far away.  I emailed the lady organising it and I'm going to go along.  There's a bus there with a stop about 1km from the marina.  Perfect.

Yesterday Elaine from nb Caxton asked if I'd like to go into Stone to shop today.  After our visit to Aldi yesterday we had a few things still to get so the trip was welcome.  How exciting to go shopping in a car!!  It's the first time in 7 weeks.

We decided we wanted to put a rubber mat outside the boat front and back so that we step down onto them instead of the wooden decking (which can get very slippery).   I'd seen some at a carpet store in the mall in Stone so we started off there.  Then while buying groceries in Morrisons we saw that they had rubber mats too so we bought a couple more.  Elaine took a spill the day before so she wanted enough mats to get from her boat to the gravel path at the end of their pontoon.  We can't really do that because we'd need about 100 mats to reach all the way to the gate.  Have a look at Elaine's new stepping stones : Click

I see I have to fess up about my funny story of the day (thanks Elaine!).  As we walked out of the supermarket today there were 2 men selling raffle tickets.  I didn't notice where they were from but having determined that the prizes were small enough to fit on a narrowboat Elaine decided to buy a ticket.  I turned back to buy one too.  The man asked my name and phone number to write on the raffle ticket stub and then asked where in Australia I was from.

It was at that moment that I glanced at the writing on the front of his flouro vest "Lions Club".  Oh dear, I think he and I were talking about different lions!!  When I told Elaine on our way out we laughed so hard we cried.

I did some work and Mick did some of the little jobs on his list this afternoon.  We whittled away another hour at least discussing whether we should move the tv to be mounted against the wall instead of sitting on the cupboard at the front of the boat.  It would mean we could actually sit side by side to watch it instead of almost one behind the other.  We joke about it saying it's like sitting in Business Class.

Then we cooked up a batch of pumpkin soup and Elaine came and joined us for dinner and a chat.  The wind really picked up this afternoon and was hitting the boat broadside.  We were really being buffeted about and the water out in the marina was so choppy.  At 5pm it was so windy and the rain was so heavy I thought Elaine might think better of venturing out along the pontoons in that weather but by 6pm the wind had died right down and the rain was nowhere near as heavy either.  It was an enjoyable evening and despite the best of intentions we must have discussed loos on 3 separate occasions!

We're going to need to do the loo and diesel in the next couple of days so it would be nice if we could have a calm day to do that.  We're not too keen to attempt getting back onto our pontoon in the wind.  Maybe tomorrow. 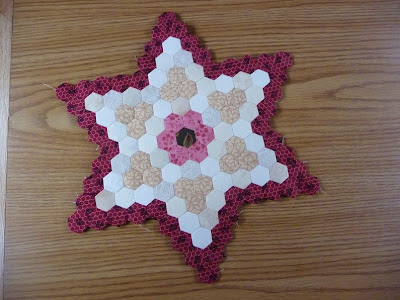 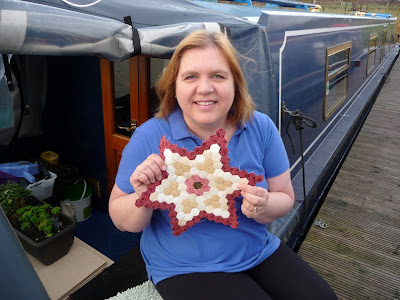 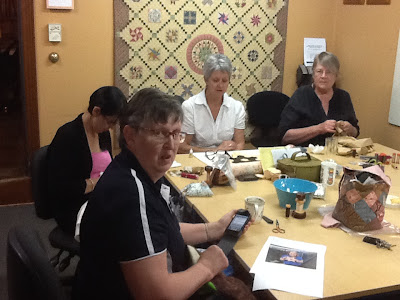 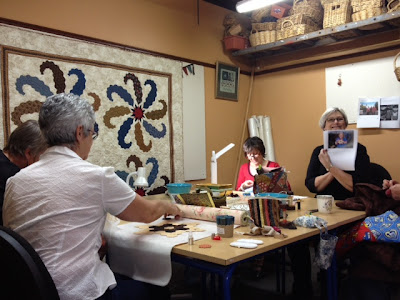