Dragging along the bottom of the canal

It was a crisp, clear and frosty morning.  Really peaceful.  We were ready to go quite early.  Moored not far behind us was the boat that we'd passed coming out of Froghall, they'd arrived just before dark and moored up there.  They headed off just as we were taking down the pram cover.

At the first locks, the two Cheddleton Locks, the lady on the boat ahead kindly opened a bottom paddle so the lock would be empty for us.  They disappeared from sight while we were in the top lock.  When we opened the gate we got a bit of a surprise at how low the pound was.  Perhaps not a pound as such, but a 2 mile stretch before the next set of locks at Hazelhurst.  It must have been at least a foot down from when we came through the other day and it felt extremely shallow then.

It was painfully slow going with the boat frequently rising up on one side as it passed over a muddy bank beneath the water.  We had trouble steering and the water was so shallow that at times the boat was hardly moving.  We kept thinking it must be ok because we can't see the boat ahead of us.  Several times we had to resort to the boat pole to push off from the side or get us moving again.

The boats moored along the canal were all aground and some on alarming angles.  They wouldn't be going anywhere!

About midway, as we struggled through a bridge hole we spied our fellow boaters moored up just beyond.  They'd managed to find a spot where they could actually get into the bank and stopped to have showers!  This posed a bit of a dilemma as we could now not keep to the middle of the channel.  We ran aground right beside them among jokes of being close neighbours.  The fellow clamboured along his gunwale to assist us to move on.  He said they'd come through yesterday and the canal had been full to the water line that was now obvious.  Wonder what happened overnight?

I'd called Canal and River Trust to let them know of the problem.  We just hoped we could get to the next locks. It took us 2 1/2 hours to cruise 2 miles.  Painful it was.  A couple of times I really thought we were going to be stuck there in the centre of the canal and forced to wade across through the sludge to get off the boat.  Eventually we reached Hazelhurst junction - I walked up to the junction to check that all was well above the three locks.  Plenty of water there.

It was a relief to exit the top lock and cruise on through decent water.  We stopped at Endon services for water and moored up just beyond.  It's been a lovely sunny day again but there was a cold wind today.  The washing dried quickly hanging in the cratch with both sides open. 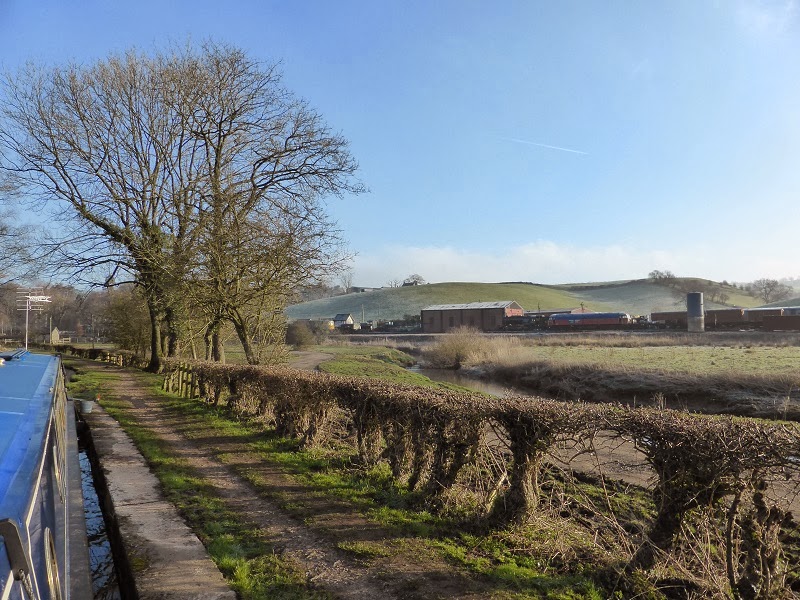 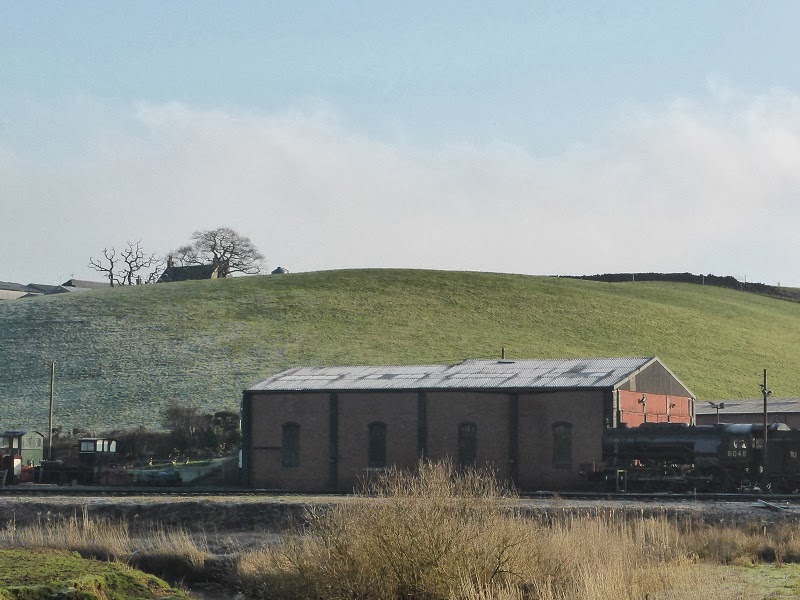 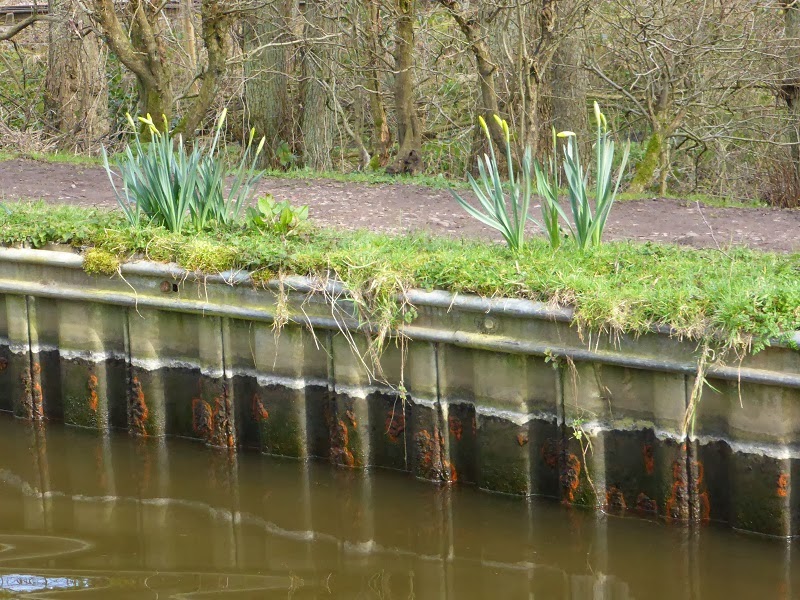 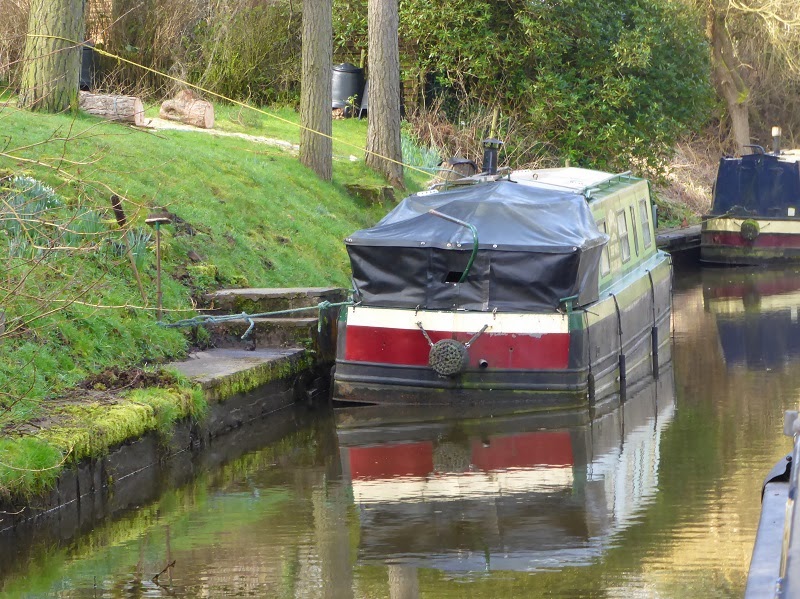 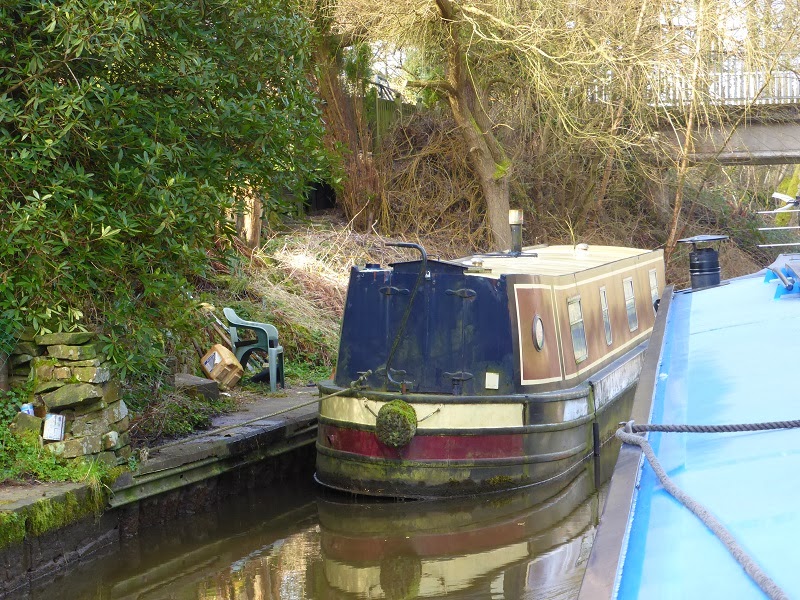 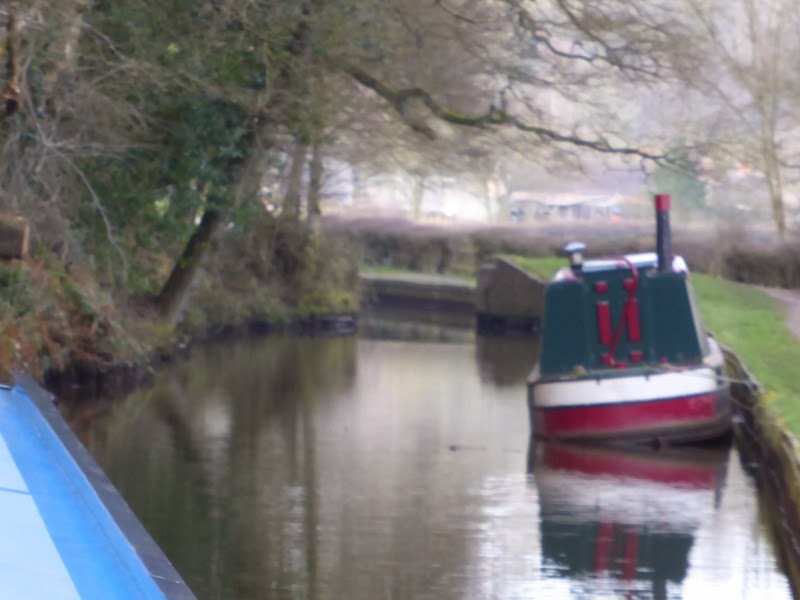 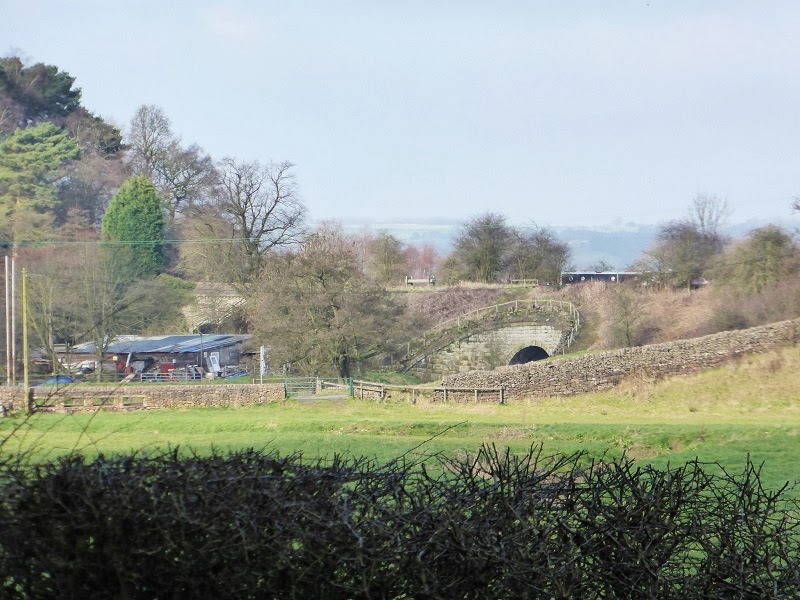 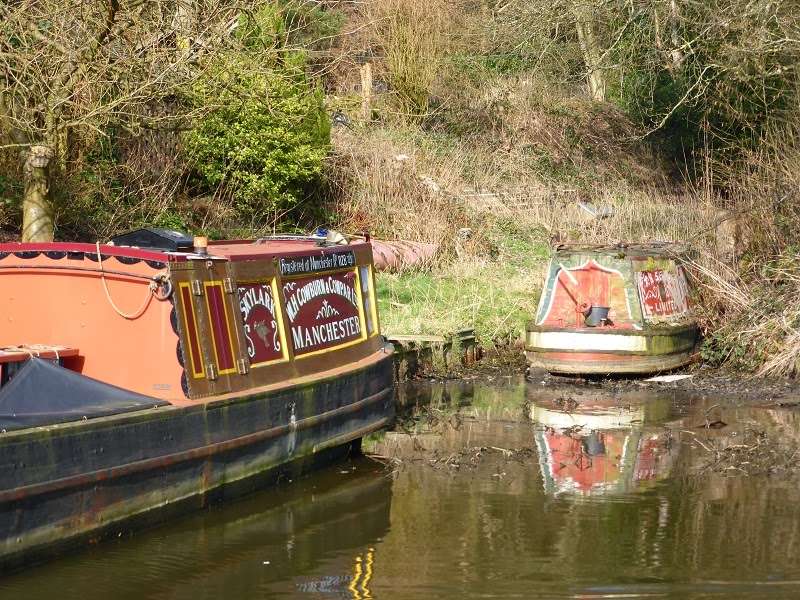 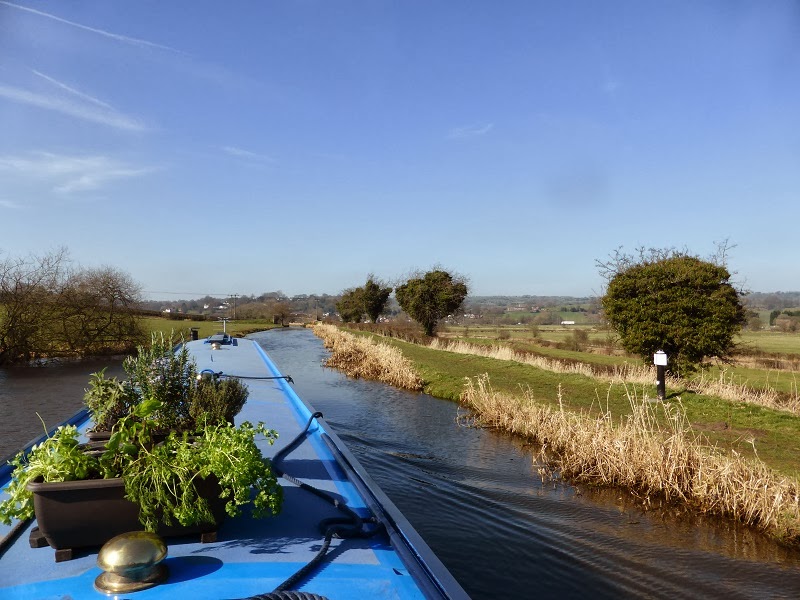