Well, I'm back on deck after a lovely week in Germany.  It's a bit strange to be back on the boat on my own again.  Although... I'm not on my own... I have Banjo the dog with me.  Good company he is too.  He doesn't let me get lonely for a second.  He trails around after me wherever I go!

The last evening in Germany Claudia decided to make a German specialty : Dampfnudeln mit Kartoffelsuppe.  It is a very light textured steamed bun but with a lovely crispy, salty bottom and served with potato soup.  Very German, all those carbs.

In the morning I took one last walk around Speyer before we left for the airport. I had an excellent trip back to the marina.  The flight left on time, there were plenty of spare seats so I had an entire row to myself, we landed on time, breezed through immigration and customs and I was on the train heading back to Stafford less than 30 minutes from when we touched down!  I'll always try and fly to and from Birmingham from now on. It's just so much easier than Heathrow.

It was a bit of a strange start to the flight.  We were herded onto a bus from the terminal which has been the case most times I've flown between Frankfurt and the UK.  But the bus trip seemed to take almost as long as the flight!  We drove on and on and it was only that we had the pilot and crew in the bus with us that made it reassuring that we weren't in the process of being kidnapped.  We ended up way over in the cargo section and among all the cargo planes was our passenger plane.  Very strange, but the likely answer became clear.  A fancy Jaguar pulled up while we had to wait in the bus and a well dressed fellow was escorted to the steps leading into the plane.  I'm guessing some sort of VIP.

Back at Stafford I walked over to Tesco, dragging my luggage along, and did a little shop of fresh food that I don't like to order from Ocado.   Then back to the station to get a taxi to the marina.

I had a bit of a chat with Dot and Gordon, Jim and Joan over on the marina hill where they were enjoying their cup of tea.  They'd been minding Banjo until I got back as Ray and Diane left this morning for their Eurostar trip to Bruges.  Banjo happily came back to the boat with me and other than about 10 minutes of whining later in the afternoon he's been fine.  It's awkward walking around the narrow spaces of the boat with a dog trailing after you everywhere.  Banjo seems to have his methods worked out.  He manages to dodge out of the way most of the time.  Unlike last time I minded him overnight, he happily went to bed last night without a peep. 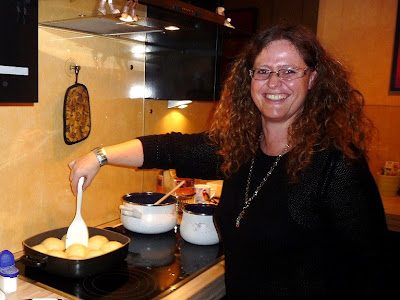 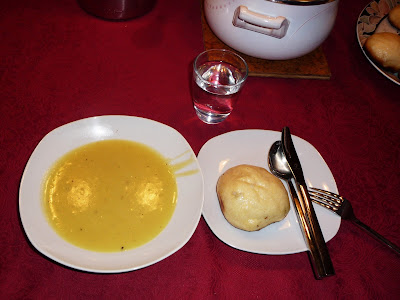 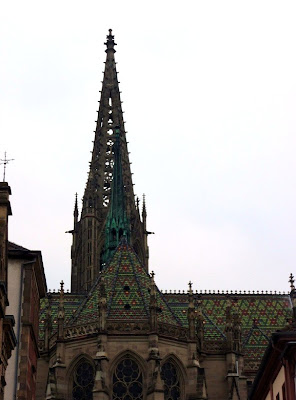 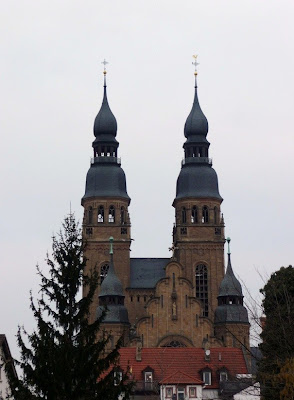 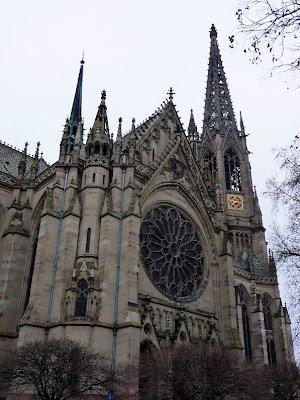 We have made it to Brugge; glad that Banjo is being his usual self and glad that you are back home safely. Just having a beer after our frites with mayo.
diane and ray