This morning was bitterly cold but when I looked out the sky was blue and it looked glorious.  While I had my breakfast there was a dramatic change outside and suddenly large flakes of snow were blowing horizontally down the sides of the boat.  The wind was incredible and the boat rocked about.  I went out late morning, by which time it was snowing a little more gently, and bumped into Ray and Diane from nb Ferndale.  Ray has been sick and is still not recovered.  They had a letter to post and Ray was insisting he should accompany Diane to walk into Stone.  I said I'd enjoy the walk and we convinced him to stay inside in the warm and we'd post the letter.

Despite the snow and wind it was an enjoyable walk along the towpath.  Just as we were passing the first lock in Stone I spied a familiar boat name coming out of the lock.  It was Roger and Maureen on nb Ramyshome.  We had a brief chat with Maureen while we walked the last little bit to the bridge crossing the canal.  By this time the snow had stopped and blue sky peeked out again.

We had coffee in Costa (the snow was blowing like a blizzard down the main street when we went in and the sky was blue again when we came out) and did our other errands before heading back along the road to the marina.  It snowed on the way back.... zip up coats, put on hats and gloves... alternating with blue sky... take off hat and gloves, unzip coats.

By the time we reached home it was time for the final boaters tea party.  A decent turnout to fill one of the small huts for the last time.  Lots of laughs, starting with Diane's Brugge chocolates.  We spent an enjoyable ten minutes being back seat drivers as we watched a visiting boat attempt to exit the marina.  There was a boat cruising past... sure to get everyone standing up to watch... it was our friends on nb Caxton!

In the time we sat in that hut, in total about 2 hours, I think it snowed maybe 7 or 8 times with howling winds but alternating with the skies clearing and blue.  The photos say it all!  Crazy English weather!! 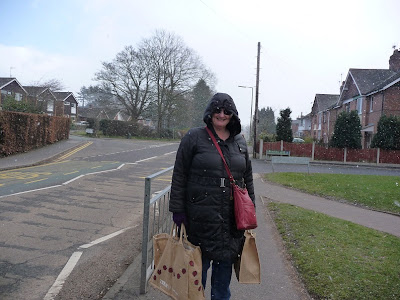 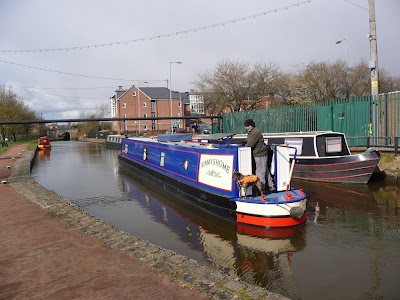 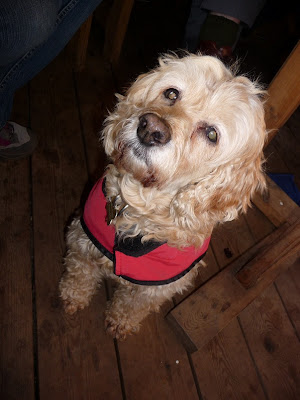 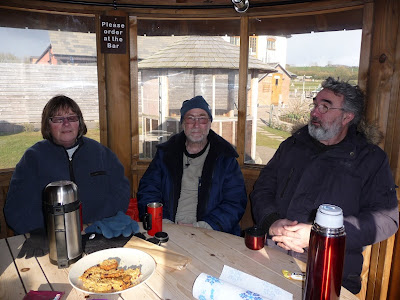 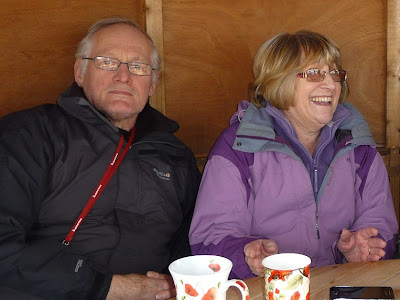 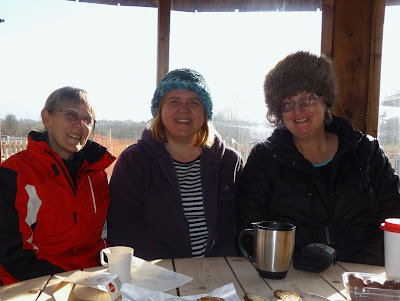 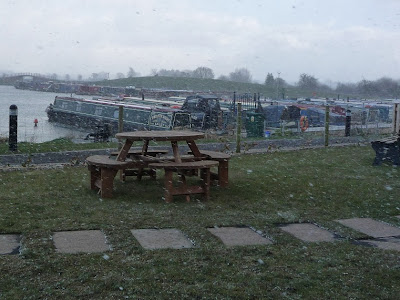 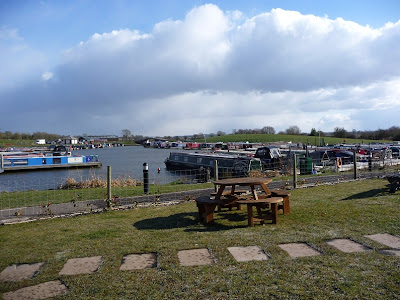 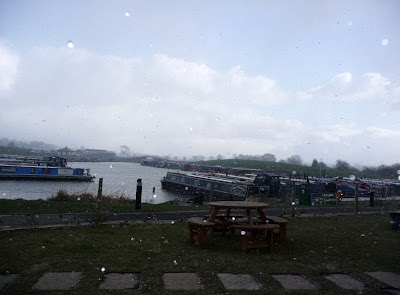 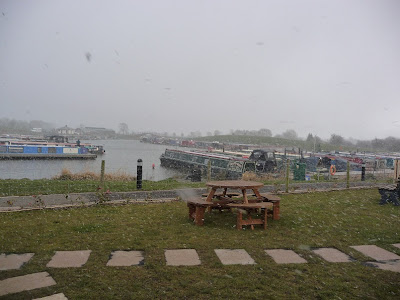 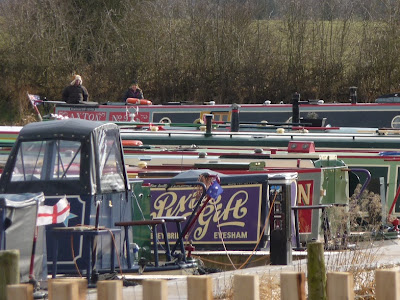 It's been the same here on the Macc and in Manchester city centre all day - it's a bit spooky when it changes so rapidly!! Where's spring!?

The visiting Aqua boat rammed us earlier in the day!
We popped in later for tea and beer!

Sorry we missed you this arvo ! El x

Elaine, you should have come and dragged me away from my work! :)