What a day it was!

Diane knocked on the boat to ask if I'd like to come out on the marina deck for a last coffee as nb Ferndale would soon be heading out of the marina towards Stone.  We collected Barry and Carol (nb Winton's Folly) on the way and were briefly joined by Dot and Gordon (nb Ewn Ha Cul) who were also about to head off.

An hour later I heard the crunch of ice and nb Ewn Ha Cul came in the marina entrance doing a lap of honour to get around to the diesel/pump out under the bridge.  Dot was furiously poking at the ice with their boat pole and it took a while for them to make the turn inside the marina to head towards the bridge.  A narrowboat isn't too bad at crashing through thin ice in front of it but turning in ice is a whole other matter.  We all waved farewell.... although it was a notional one only... we'd all arranged to meet up for "curry night" at Wetherspoons in Stone.

Diane said they'd changed their minds about heading out.  Perhaps the ice put them off.  But then, another hour later she came to say farewell as they were heading out after all.  I walked around to the marina bridge to wave them off but ended up jumping on board for a ride around to the lock while Ray walked back to the office to pay for their diesel.  As we passed the marina entrance Barry was waving madly and he and Carol walked around to the lock to jump on board for a lift into Stone.  It was also a chance for Carol to have some steering practice under the guidance of someone with a little more patience than her own dearly beloved.  I do understand this as I have the same problem myself.

So I waved them all off, took some photos from the next bridge and walked back to the marina.  I had run out of "sticks" (English kindling) for the fire so went up to the marina office to get some.  Roly and Bev were up there with friends... shopping... again... so we arranged to meet 6.50pm to go into Stone to meet up with the others for dinner.  Lucky me to be given a ride into town by Sally and Rob.  Thanks!

It seems nb Caxton would be joining us as they'd battled thick ice heading up the Stone locks and had moored up near the station.  It was almost everyone in attendance... just Mick missing... and Gill, Malcom, Jim and Joan.  It was lovely to see Paul and Elaine again.  I hadn't seen them since before I went to Germany as they've been at the Stafford Boat Club blacking Caxton's bottom.

It was a jolly group and lots of laughs.  I only wish I had a photo of Barry's confused little frown (actually looked just like the one Mick does under similar circumstances) while looking at a photo of Diane's Belgian chocolates.  Very funny it was... Elaine and I with tears running down our faces.  The whole evening had the feel of the last day of school.  A very enjoyable evening.

With a phone call to make for work, I began trying to get a taxi back to the marina at 9pm but by 10pm and no luck, Sally kindly offered to do a double run back to the marina to drive a few of us back.  So we really did have to say goodbye to some of the marina bunch.  Another thanks to Sally! 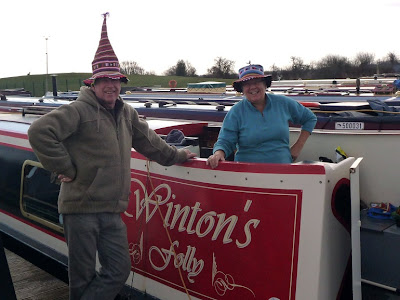 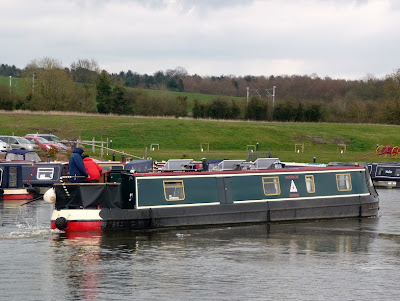 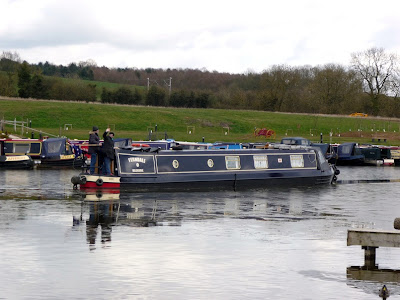 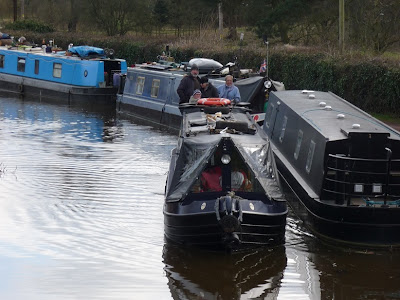 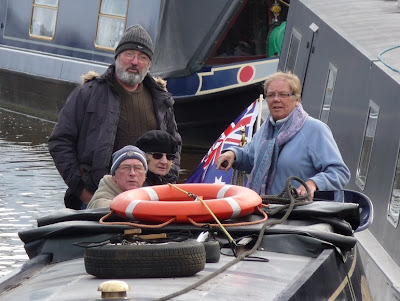 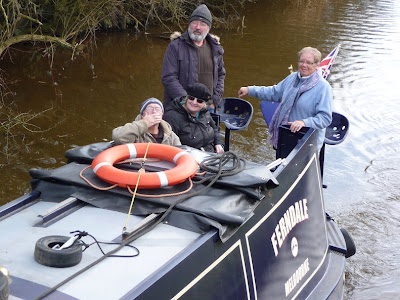 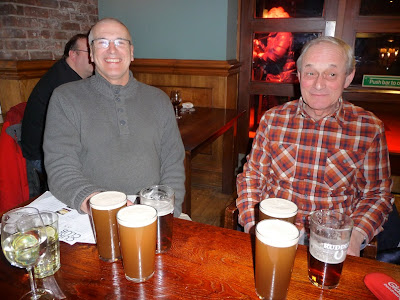 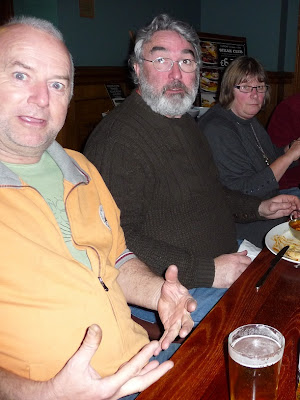 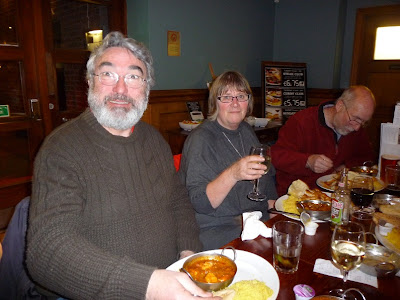 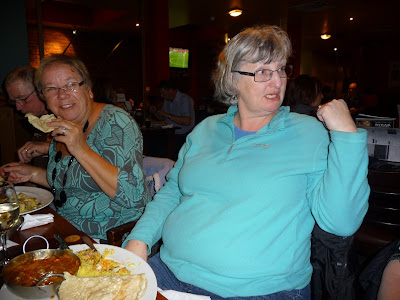 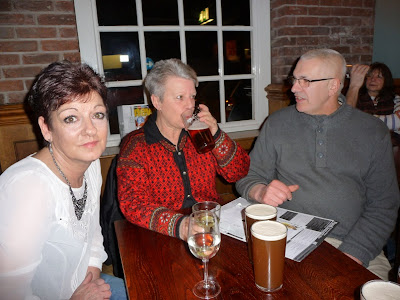 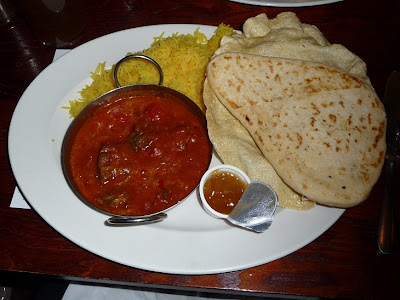 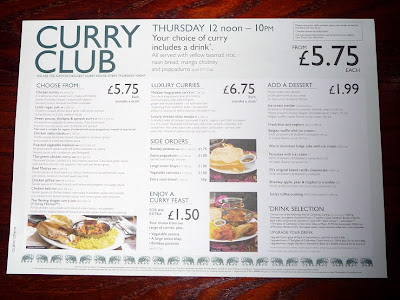 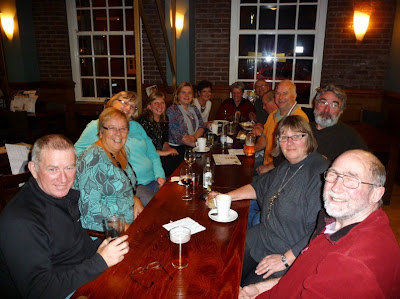