They talk a lot in Leek


It was a very gloomy start to the day so we delayed our departure a bit.  Eventually we got tired of hanging about so moved up to the water point to fill the tank.  We had to move around the boat moored in front of us on the 24 hour moorings.  He looked well settled with a water tap right in front of his boat and his car parked there too.  Perhaps a bit longer than 24 hours then?

Despite it being still dreary and a bit misty, we headed off regardless.  It was terribly windy and the boat was buffeted about as we cruised.  At one point we were cruising along at an angle like a crab with Mick battling to keep the boat going straight.

Not far ahead we came to Hazelhurst Junction.  It's a very pretty spot with a lock cottage beside the lock heading down the arm to Froghall and to the right is the turn off to Leek.  We took the Leek turn so we could top up the groceries at Morrisons in Leek.... right at the end of the arm.  The canal narrows quite a bit after the turn and soon after there is a very sharp bend to the left and under a bridge.

There were some lovely moorings before and after the aqueduct that crosses the other arm of the canal down below.  I imagine this would be an extremely pretty section of canal with leaves on the trees but you wouldn't see as much.

When we reached the Leek Tunnel there was a family with young children walking near the Southern portal.  The little boy was waving furiously right up until we disappeared from sight.  We were checking out the moorings as we went and trying to decide where we would stop for the night.  The wind was a big factor.

At the winding hole near the end of the arm we had a real struggle getting the boat around with the wind trying desperately to force it the other way.  Mick got off with the centre line and I hit reverse and between us we managed to get the boat around and into the bank.  We reversed further back as the towpath was quite muddy nearer the winding hole.  No sooner had we tied the mooring lines when a group of youngsters on a walk came by and were very chatty and interested.  One young boy tried to convince Mick that we should give them all a ride down the canal.  Their teacher appeared and ushered them on.

The next two dog walkers were up for a chat as well so it took a while to get inside for lunch!  We walked back to the very end of the navigable arm and as the map showed, there was a walk through an eerily quiet industrial area (it's Saturday) to reach Morrisons.  We stocked up and returned to the boat, having two more dog walkers want to chat before we could get the groceries inside.  What a chatty bunch they are in Leek!

My phone rang this afternoon. It was our cruising buddies back from Tenerife.  We'll look forward to a carvery dinner on the weekend when we meet up back at Stoke.

As the afternoon wore on the sky lightened a bit but we decided to stay put where we are and move on again tomorrow.  The chatty walkers continued on the rest of the afternoon. One local fellow told Mick there was a proposal for the development of a marina and 200 houses at the end of the Leek arm.  What a bonus that would be for the town!

Before coming through the last bridge a black labrador came bolting down to bark madly at us.  Once we were out of sight he raced off up the hill towards the house on the ridge.  He's found us again now and has taken up residence on the bank across from the boat, barking at dogs walking past with their owners.  We feel like we have a pet! 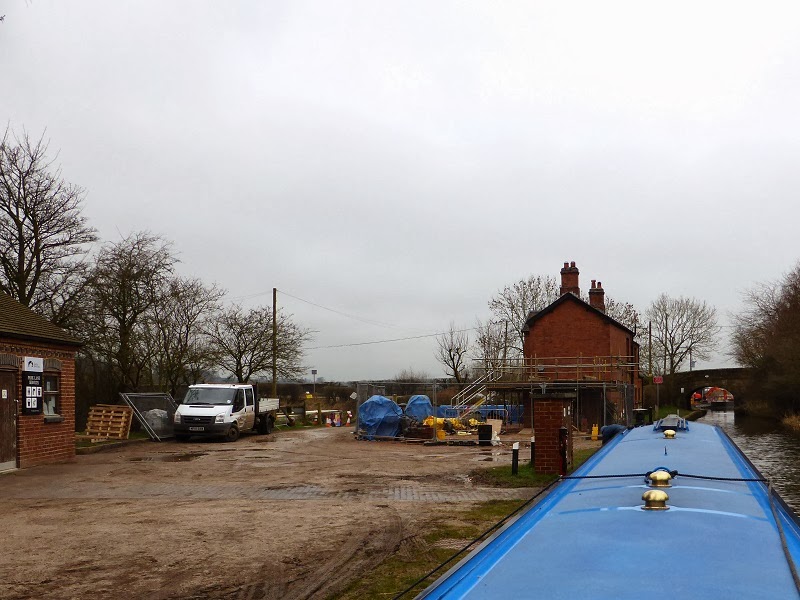 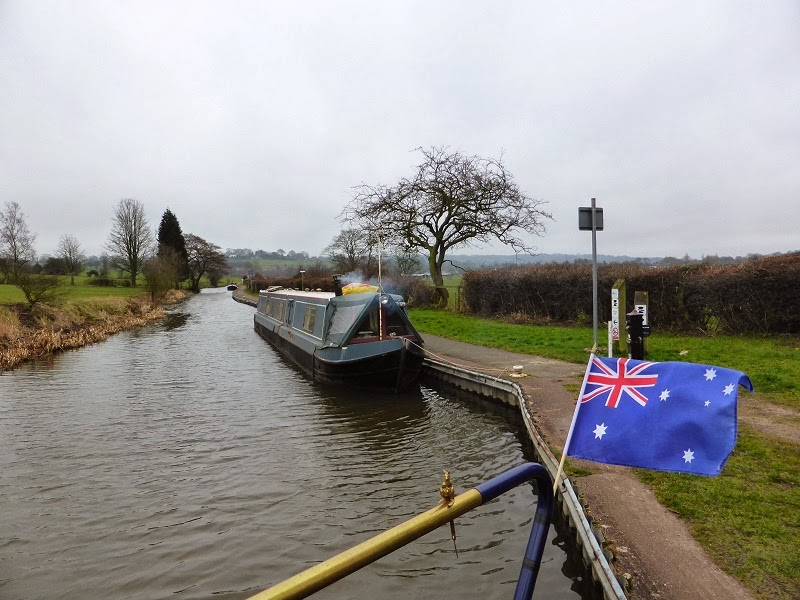 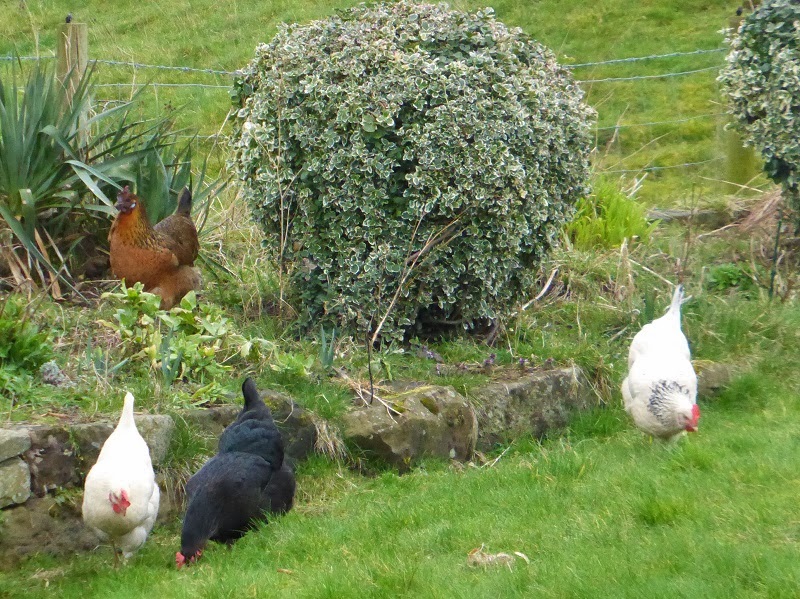 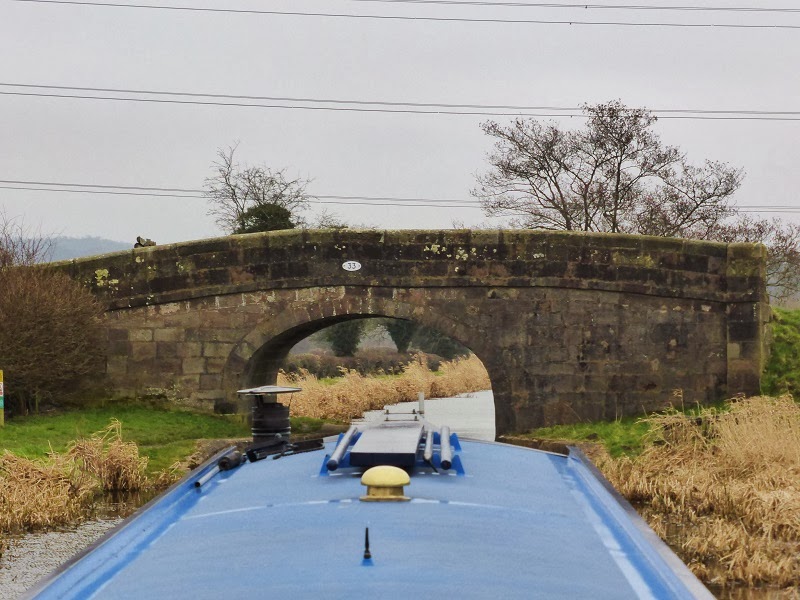 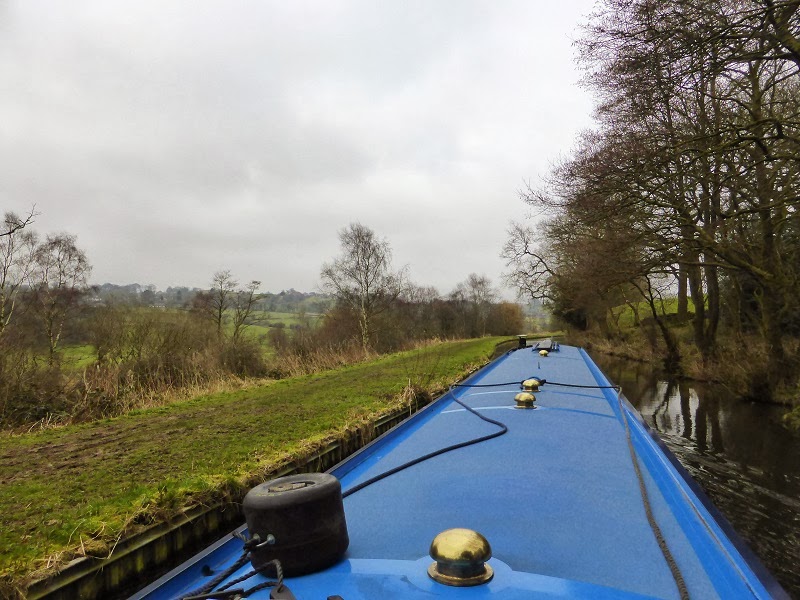 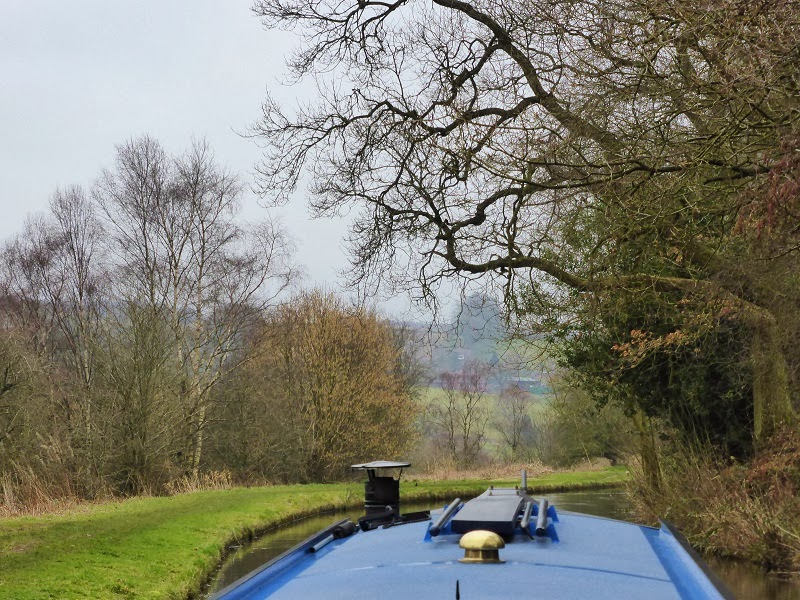 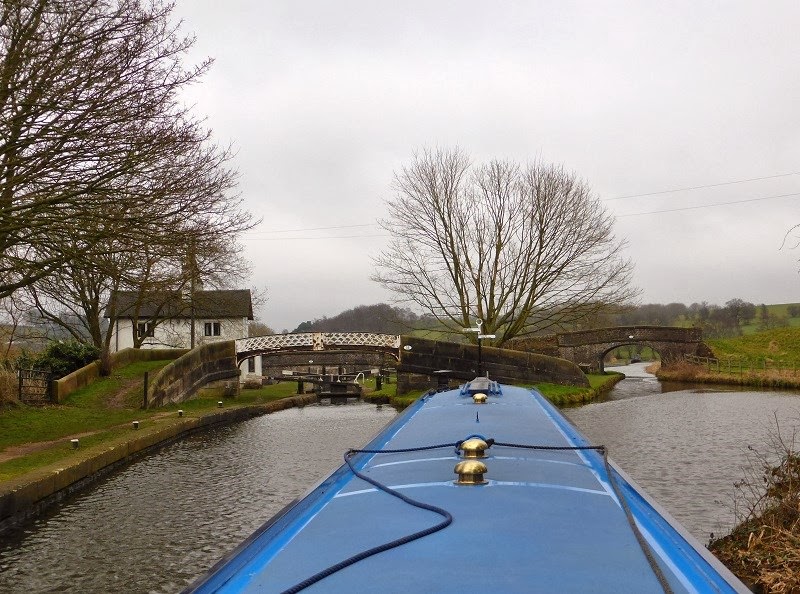 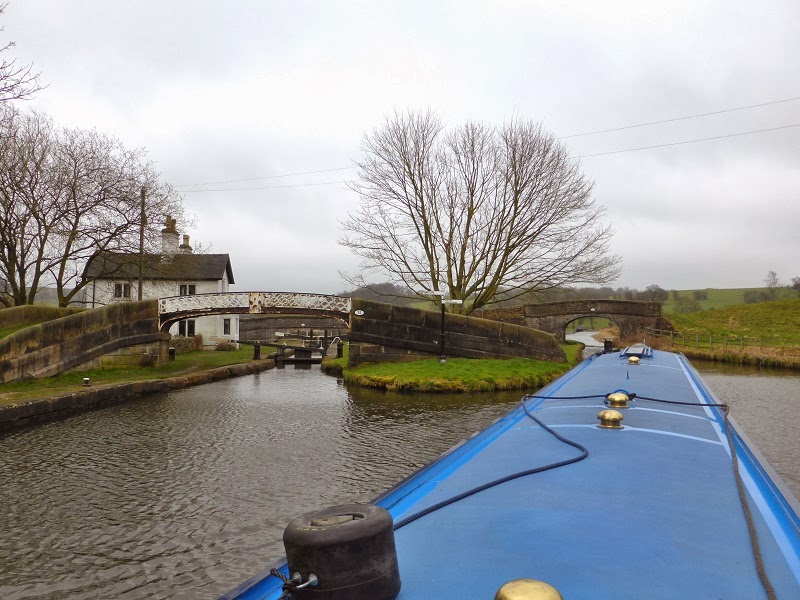 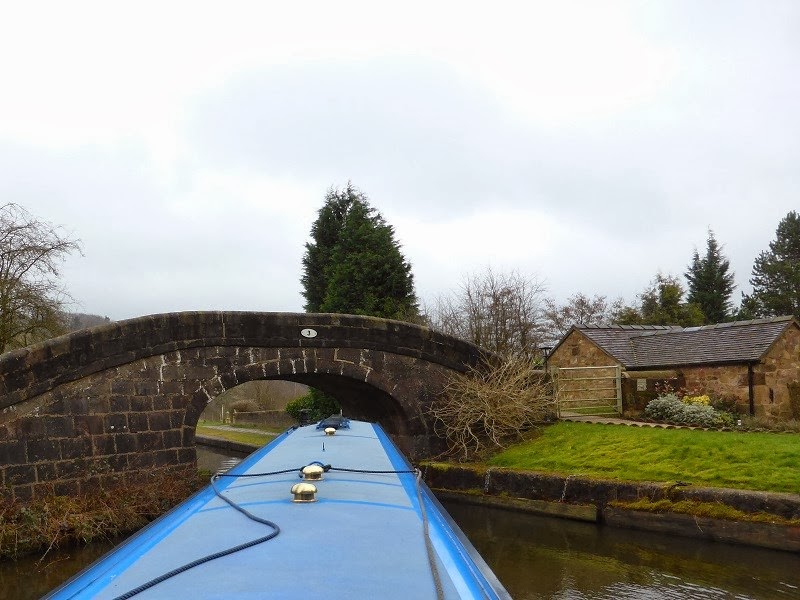 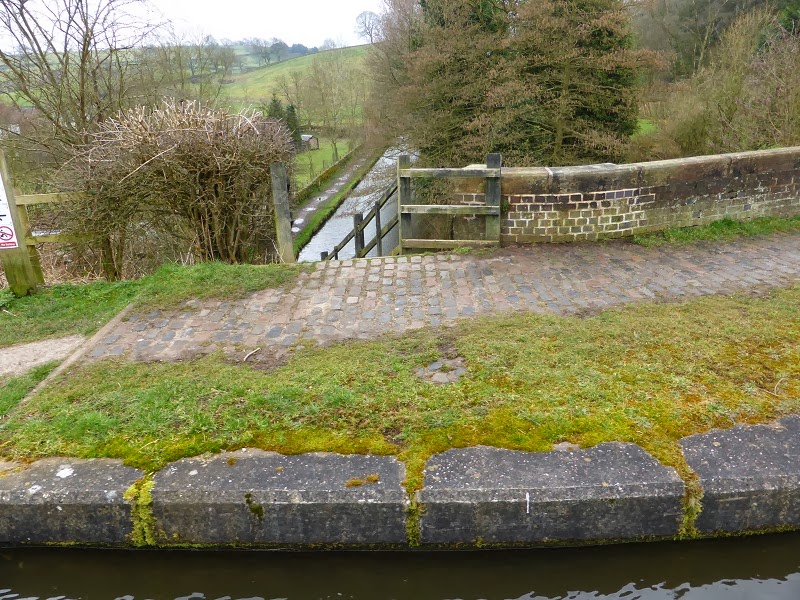 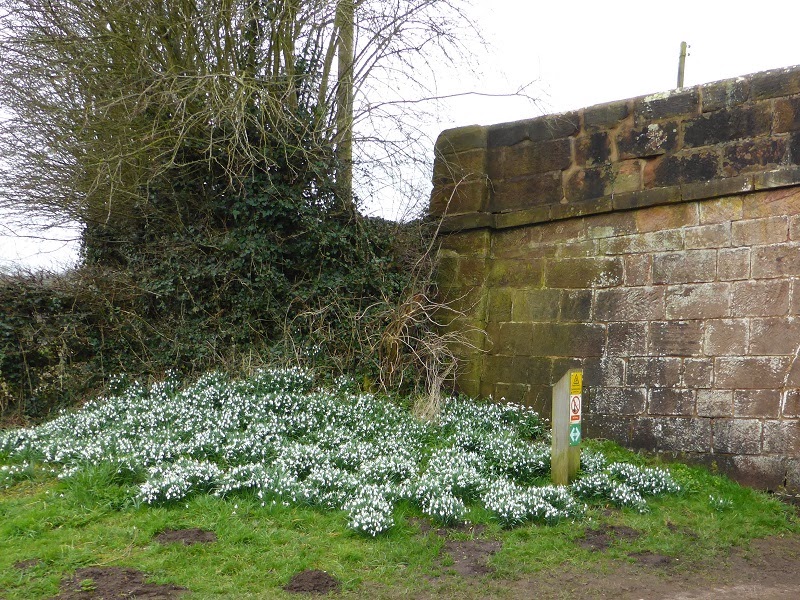 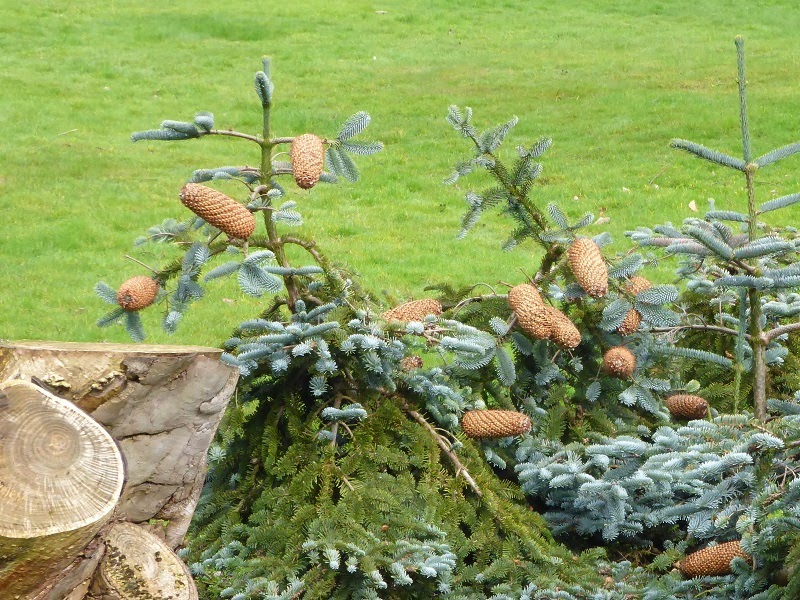 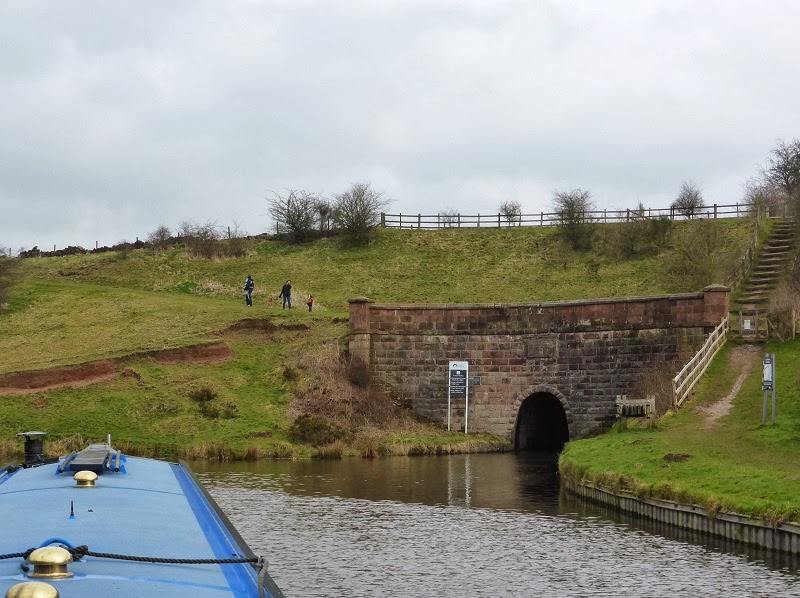 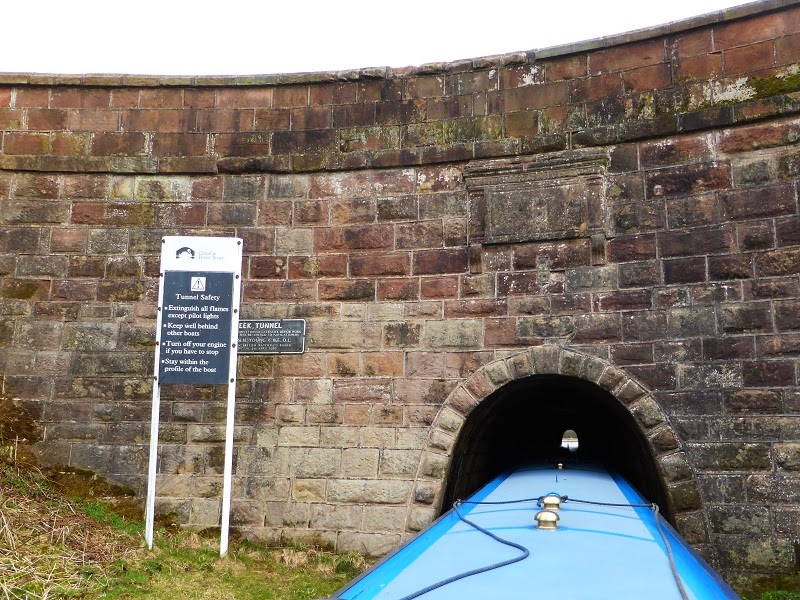 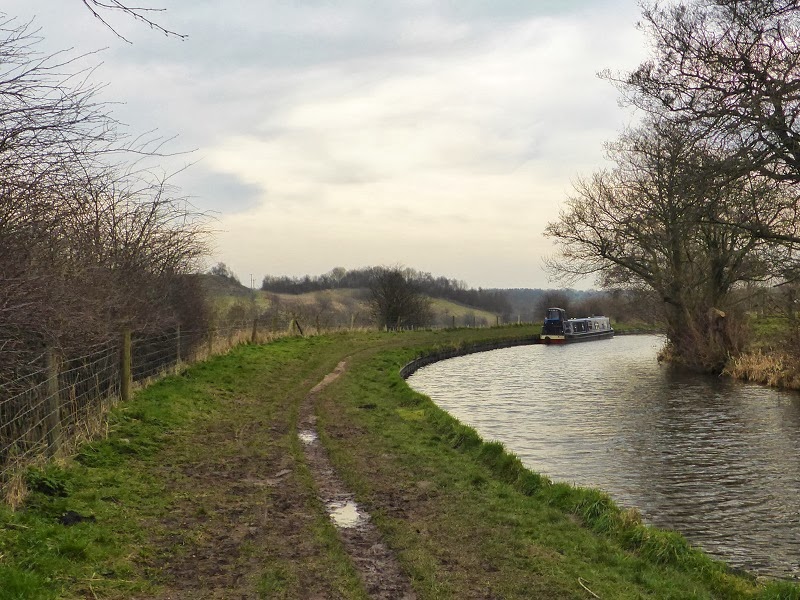 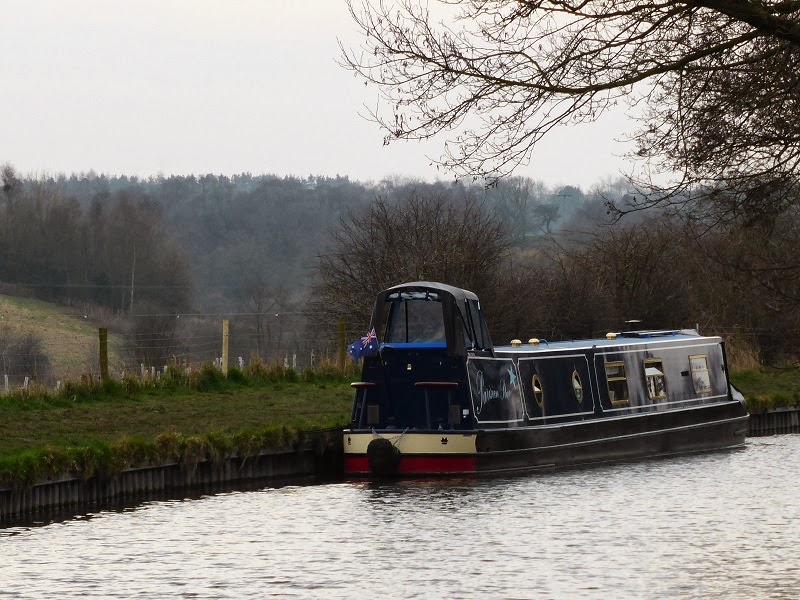 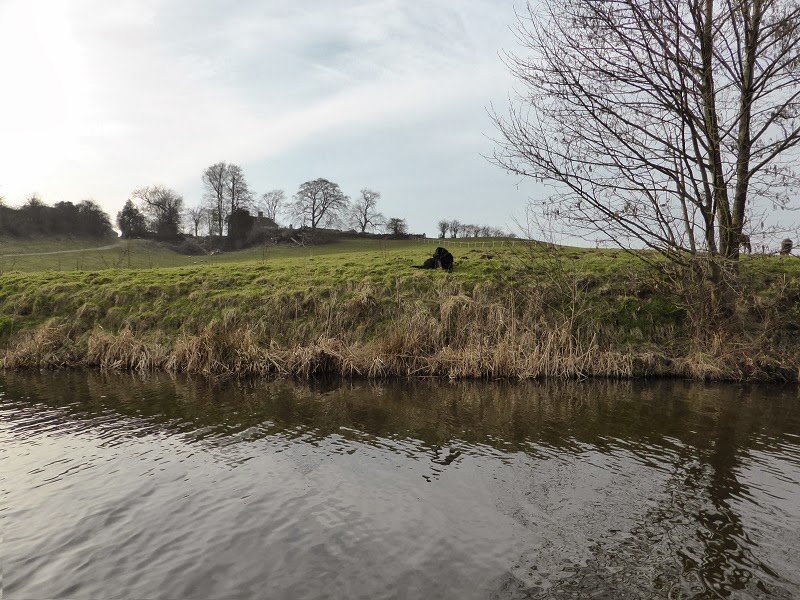 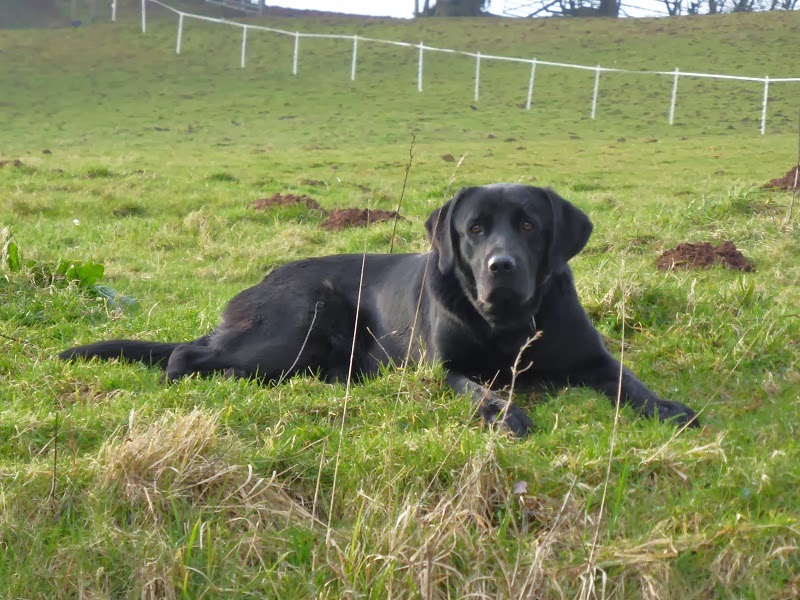 Hi
Last time we were on the Cauldon the whole stretch of canal up to where your "overstayer" at Endon Services was were all long term BW (CaRT) moorings. (Right up to the water point in your pic)
Cheers
Roger

Roger, we did see there were long term moorings further back. I walked back to check the signs to make sure we were in the right place. The 24h signs weren't that old and the front one was right there on display. Not a thing at the water end about long term mooring. I'm wondering if moorings have been changed in recent times. There's been a few moorings not marked in our book.
Elly

A few years ago we had a great meal at the pub at the junction - the Hollybush or Holly Tree I think it's called. We haven't been up there for a while now, really enjoying your blog and pictures!
Debby

Thanks Debby,
It was the Holly Bush and we did see it on our way past. Maybe we will stop there on the way back.
Elly