Today was just the sort of day we came here for!  It reminded me of when we hired a boat 5 years ago on holiday but we’re already a little more capable than we were back then.  We’ve still got a very long way to go with learning to handle the boat but it’s a start.

Another early start and another big day ahead.  This time we were aiming to make it from Grindley Brook to Ellesmere, expecting it would take about 6 hours of cruising time.  We had no locks today but a few lift bridges.  The last of those was hard work.  The mechanism wasn’t stiff, it just took so much winding to move it.

We cruised through some absolutely amazing scenery today.  It was stunning.  The leaves on the trees are beginning to turn and it paints a very pretty picture.  We did our first tunnel for this trip – the Ellesmere is only 89 yards so not very long.  There’s a walkway inside the tunnel which means that you can’t stay in the middle of the tunnel.  If you get too close to the side, the curve of the tunnel would graze the corner of the boat roof.  Now that wouldn’t be good!

We saw some gorgeous little cottages, squirrels, herons, and barking dogs.  Actually it was kind of funny watching a dog chasing a boat along the canal bank rather than a car along the road.

We had no major mishaps today, no major scrapes or bangs, in fact the only real near miss we had wasn’t our fault for a change.  A hire boat coming towards us was well back from the bridge still as we entered it but they kept on coming at us!  Mick quickly went into reverse and we all but stopped midway through the bridge.  The other boaters were all in a panic (we know how that feels!) and the boat was slowly making its way into a position crossways over the canal.  They were battling the overhanging trees and madly apologizing.  It’s so nice when it isn’t us causing the chaos.

We had chatted to the people on a couple of other boats heading in the same direction as us.  In the last couple of miles before Ellesmere we knew they were both behind us and also heading for the moorings at the end of the little Ellesmere arm.  The flow of water on this canal really makes the engine work hard against the current but it sounded like it was straining a little more than it had been.  While sitting in the front taking photos I noticed a huge stick being pushed along by the bow of the boat.  The fork was wedged over the bow and the length of it was sticking out causing drag on the boat.

Well now, Mick wasn’t going to stop to resolve the problem and lose his front place (memories of Tuesday and the lady who wanted to be first through all the locks!).  We had been told there wasn’t a huge number of moorings available and with two more behind us he was worried we’d miss out.  I suspect it was a simple lack of concentration but suddenly I looked up from my perch at the front and noticed the bow of the boat was heading for the shrubbery on the left of the canal.  I called out to Mick who quickly tried to recover but it was a little late.  A good burst of reverse and we were able to get back on track…. and leave behind our cargo (the stick)!  Now he says he did it deliberately but I have my doubts.

We turned into the arm that ends at Tesco in Ellesmere and there were moorings for about 4 boats left near the end.  We faffed about trying to get it just right – both of us doing our horse impersonations pulling to boat first further forward (only to encounter an underwater obstruction that prevented us getting the bow against the bank) and then pulling it further back with greater success.  By the time we’d done all that and come inside to sort out the day’s chaos… in the shape of 3 loads of washing… all the moorings were gone.  Phew, lucky!

The weather was up and down like a yoyo today.  We had a couple of short periods of drizzle, a fair bit of the day just overcast, and a couple of periods of glorious sunshine.  It was mild too and there was very little wind.  If only it would always be like this. 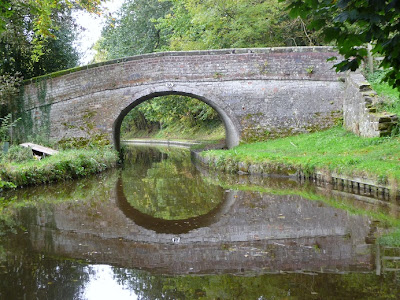 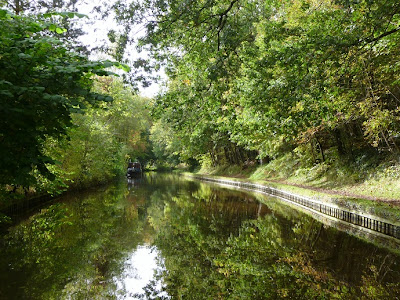 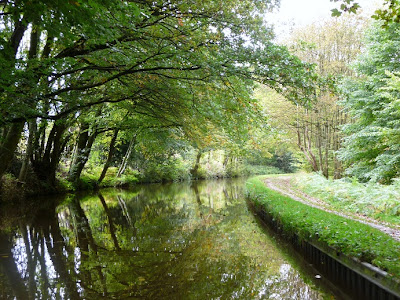 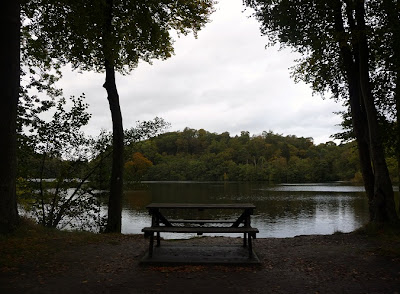 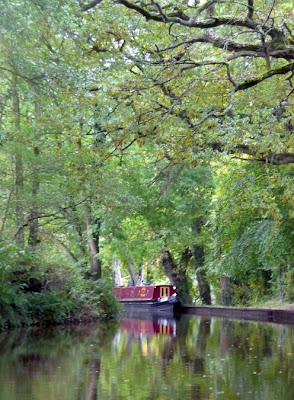 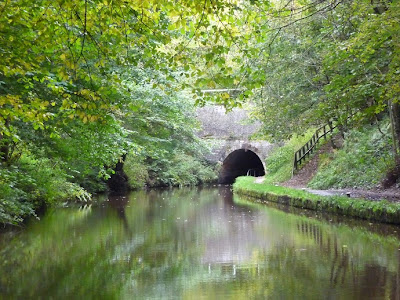 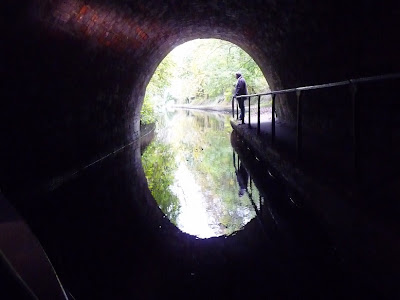 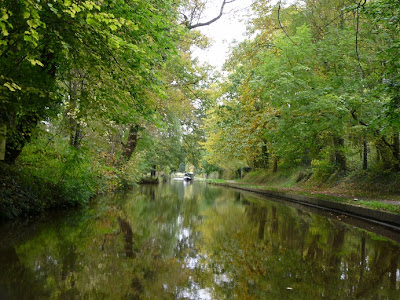 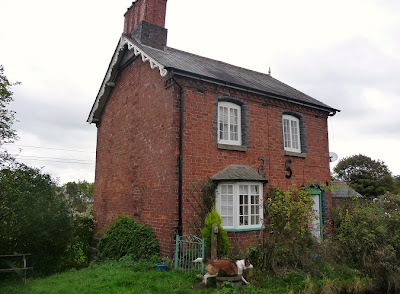 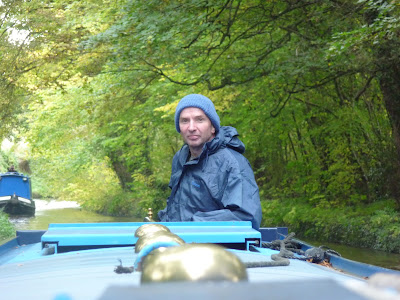 Lovely and a nice set of pic's to.