A day in port - Atherstone

What a glorious day!  We've had blue sky and sunshine, bare feet and t-shirts.  Well.... bare feet inside the boat.  We also let the fire go out yesterday and it wasn't cold at all.  It cools down quickly once the sun is off though.

We checked out the market in Atherstone.  It was ok but only a few stalls.  When I asked the seller at the fruit and veg stall for some oranges I ended up in a group conversation with most of the folk waiting behind me  Where were we from?  Were we living here? Why were we here?  Do we like the weather? How long will we stay? On it went.  Every time I went to walk away somebody else would ask another question.

I had work to catch up on so came back to the boat and did that for the rest of the day while Mick battled on with his boat polishing.  He's not very happy with the results.  He wants to try a different brand polish.  Any suggestions?

We've had no tv reception at this mooring and we can't work out why.  Barry and Carol have their tv working fine.  Today Mick decided we'd move back one boat space after the boat behind us moved on.  He was convinced it was the tall tree in the back garden beside us that was preventing us getting reception.  I'm not so sure that the tree is the problem as we have zero reception.  After moving back we tried tuning the tv again but no luck.  Later in the day the next boat behind left so Mick wanted to move back further still.  No luck with the tv again so we've given up.  If the same happens when we moor up tomorrow night we'll have to investigate.  With a card game lined up for tonight it really doesn't matter.

There were lots of people out on the towpath today - both boaters and walkers.  I could hear Mick nattering on to every second person walking by.  One elderly lady came up to say she had a relative in Australia and did Mick know them..... in a country of 20 million.  Later a hire boat messed about trying to moor up between us and nb Winton's Folly (in the gap we've left by moving back).  It took them a couple of attempts, by which time they had quite an audience.  Mick, as usual, got chatting to the lady and it turns out their visitors were from Australia.  And, they live in Woodend.  Small world.

Photos :
1. A building Mick particularly liked
2. Derelict canalside building by our mooring
3. More deserted industrial buildings
4. Mick on his rubbish run
5. Over the lock, round the bend, across the bridge
6. A lovely old house.... deserted 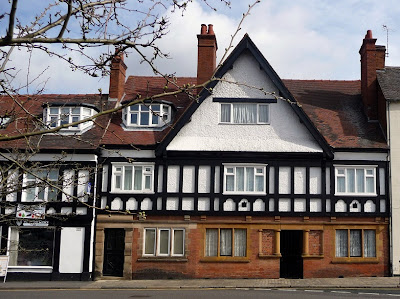 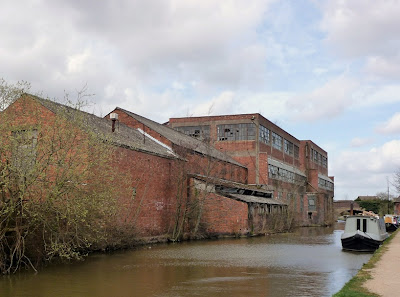 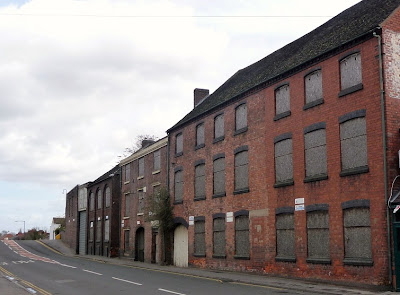 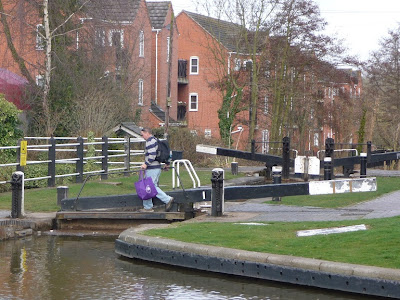 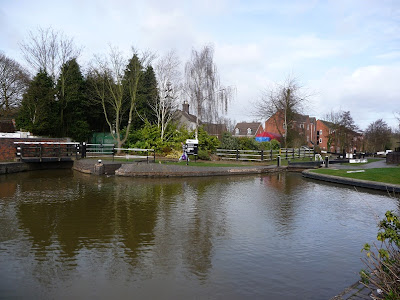 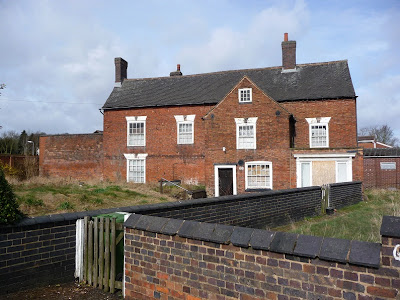