It wasn't quite so warm and sunny this morning but not too bad all the same.  We had a lazy morning and sat poring over our canal guide.  Suddenly Mick said "I think we should go to Coventry!"  He had been reading about the Coventry Basin and it sounded interesting.  Our plan had been to spend another night at Hawkesbury Junction and then cruise to Rugby on Monday for Barry and Carol to catch the train back to Stone to visit their grand-daughters.  We decided we'd go next door and see if we could work out an arrangement so we could still look out for their boat at Rugby while they are away.  Perhaps we could just arrive at Rugby and find a mooring near their boat.

The discussion had a bit of a false start as Barry was having a haircut when we first arrived.  He came to call us in shortly after and they decided they'd like to come to Coventry with us.  Perhaps we could just go this afternoon.  Our conversation was interrupted by the arrival of Roly and Bev.  It was so nice to see them again and we all had a good chat over a cuppa.  They'd been to the Coventry Basin so in the midst of a renewed discussion we decided we'd take the boats to the basin in the afternoon.

So after a good catchup with Roly and Bev (and AGAIN forgetting to take a photo!), we moved up to the water point and had lunch while we filled the tank.  It was an extremely slow filler.  Then, we were off.  Barry and Carol were finishing up filling their water behind us.  The canal leading to Coventry is certainly not the prettiest.  There was rubbish everywhere.... such a shame.  It's built up almost the whole way too.  Closer to the city centre there was some interesting old architecture.  We'd read about "Cash's 100 houses" of which there is only 37 or something.  They were weavers cottages with them living in the bottom two floors and the top floor housed the looms.

The last bridge before the basin was quite low and small and we wondered what we'd find on the other side.  It opens out into a lovely basin with wonderful old warehouses along one side.  We faffed about trying to work out where and how best to moor.  There wasn't another boat in sight.  Once Barry and Carol arrived behind us we decided we'd reverse back to the locked swing bridge and they'd come in beside us.  They couldn't really moor up on the side opposite and still be able to get off the boat easily.  So, here we are buttied up together and hoping for a peaceful night.

It's hard to understand why this area isn't better developed!  There is a measly few shops on one side but that's it.  If we look across to the warehouse side of the basin you can just imagine it in its heyday..... bustling with activity.

We went to check out the little Polish/Latvian food store beside where we've moored, which had some delicious goodies.  The rye bread smelled so good I couldn't resist a loaf.  Plus some pickled cucumbers, a jar of herring and some salami.  We'll be having a nice lunch tomorrow.

Photos :
1. Heading through Hawkesbury Junction
2. Bridge at the junction with The Greyhound behind
3. Unusual bridge
4. Residential moorings beyond the junction with gardens, washing lines, and storage sheds
5. Stunning riveted bridge
6. Not the most appealing canalside leading to Coventry
7. Mick liked this pair of chimneys
8. Cash's houses
9. And looking down the row of them
10. The steel structure of the old building has been left as a sculpture
11. The narrow little bridge hole into the basin
12. Mooring up
13. - 17. Around the basin 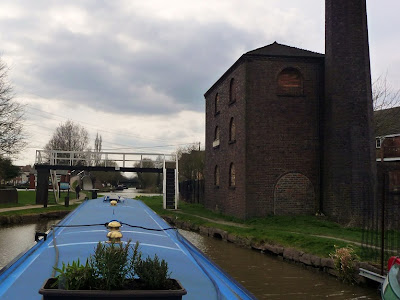 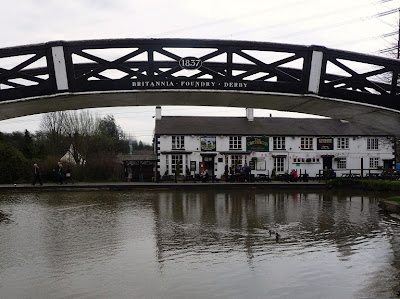 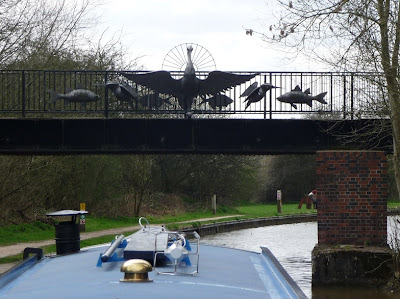 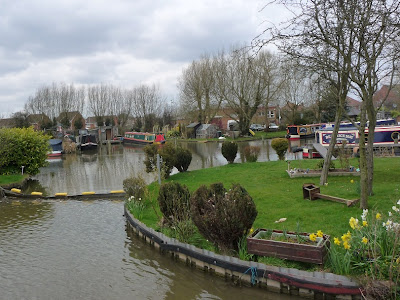 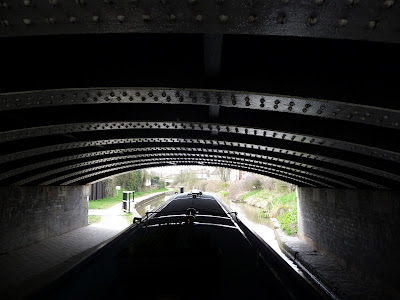 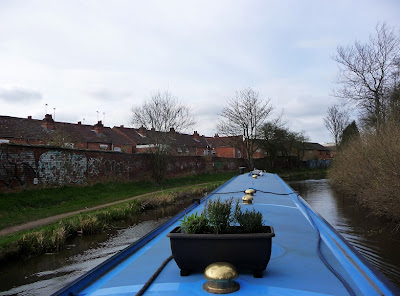 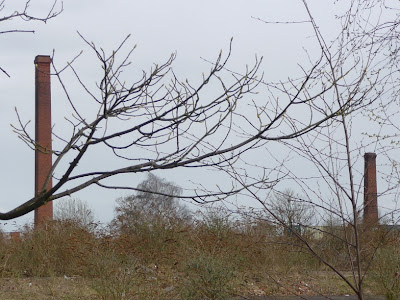 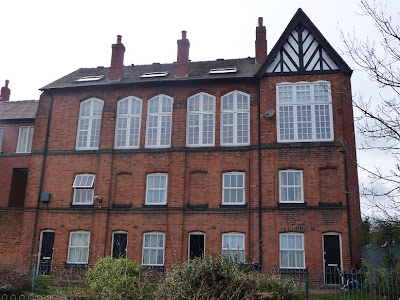 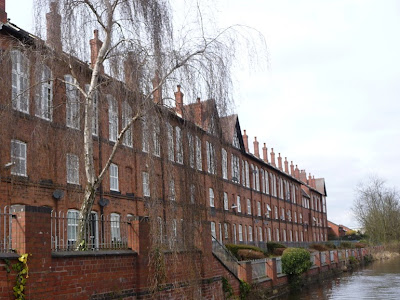 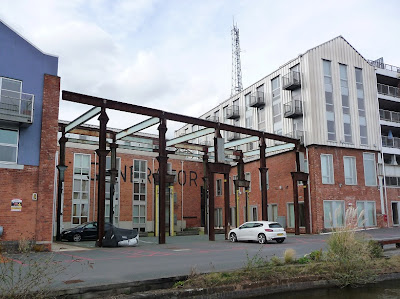 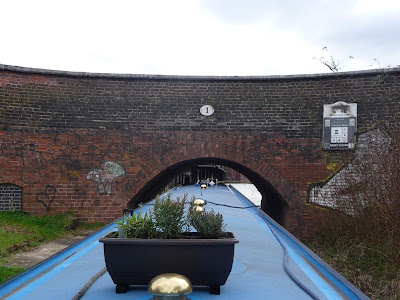 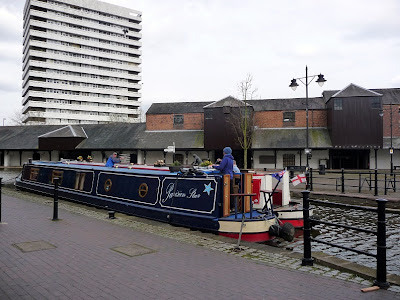 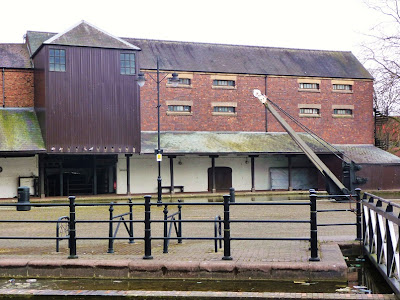 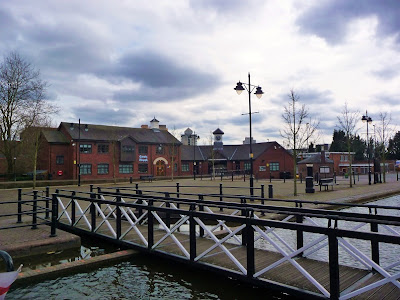 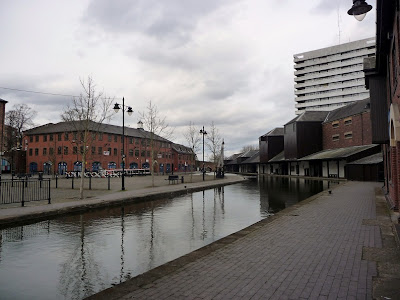 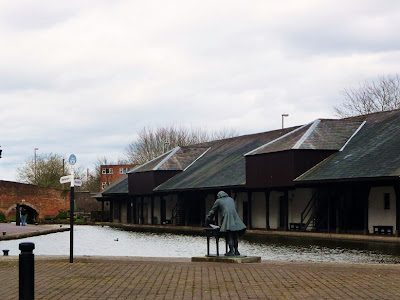 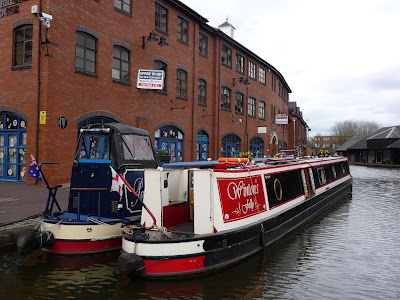