It was a bit of a slow start to the day today.  Mick's been a little off colour the last couple of days and went back to sleep at 7.30 when I got up.... and he slept til almost 9am!  Unheard of!!

We noticed a little moorhen busily carrying straw up and down past the boat.  We stood and watched where he went and right opposite our side hatch window we saw him pass a piece of grass up to his mate who was in a nest among the grass.

We had a nice chat with John and Joan on nb Tagine Queen moored behind us (Yvonne, I passed on your message).  Another very happy Crown narrowboat owner it seems.  While we stood chatting a pair of frogs swam by.  Pity I didn't have the camera out. Then, a walk around Hillmorton which was an interesting little spot.  There was a lovely old working yard and dry dock plus some great buildings.

Carol sent a text to say they were at the bottom of the locks getting water so I walked down to help them through the three locks.  While they were coming up the last lock I walked back to the boat so we'd be ready to follow behind them as they passed by.

Exciting for us... destination Braunston! We love to visit Braunston and have done so on each visit to the UK.  For Barry and Carol it was also something to look forward to as they'd get to catch up with the folk they met last Winter while they were in the Braunston Marina.

An interesting historical snippet for this area is the sight of old ridges and farrows in the fields.  This was an early farming method where each "ridge" was used by a separate farmer.  Apparently the practice ceased in the 15th and 16th centuries when fields were enclosed by hawthorn hedges as this was a more profitable method of farming.  Amazing to think the ridges and farrows are still visible today.

Being a Friday we expected Braunston to be fairly busy.  It probably wasn't the best day for a late start.  In fact, it was lunchtime by the time we left Hillmorton.  We decided if there was no mooring before the junction of the Oxford and Grand Union canals we'd head right along the Oxford, turn at the winding hole and moor along there.  We thought perhaps if we continued past the junction into Braunston there'd be no moorings so late in the day and we'd be forced to go through the locks.  We wanted to have a good look around Braunston first.

We did turn along the Oxford and it was very busy on that stretch too.  Along the way I saw a couple of familiar boat names... nb Piston Broke and nb Lady Esther.  We saw mooring for one boat not all that far in but for both of us it would have been a bit further again.  Mick and I decided to let Barry and Carol take the mooring and we'd take a punt on finding one closer to the marina.

So back to the junction we went and I got off the boat at the bridge turning back onto the Grand Union Canal and walked ahead to look.  I couldn't believe my luck that there was a single vacant mooring.  Perfect.  Just as we pulled in the heavens opened and we got wet.  I was frantically trying to get the pram hood up for some protection when a couple walked by.  It was Angie (and husband) from nb Lady Esther.  "I sent your mooring pin covers!" she said.  Lovely to meet you at last and be able to properly thank you for the kind gift at Christmas.

By the time we were settled it was dry again and Barry and Carol had walked around from their mooring around the corner so we could go have a look at the marina.  The showed us where they moored the Winter before and we checked out the little store and the fender maker.

Lots of photos today :
1. Last night at dusk
2. Collecting straw
3. She in her nest (you can just see her red beak)
4. He straining to pass her the straw
5. Nice old building at Hillmorton
6. Canal bridge at Hillmorton
7. Shutters made from narrowboat door panels
8. Locklines - poetry on lock gates
9. And an example
10. Canalside beer garden
11. This property had great enamel signs on display... plus a pigeon house
12. Christmas tree farm
13. Very pretty garden moorings around Barby marina
14. - 17. Countryside with old ridge and farrow
18. nb Lady Esther
19. Turning into the Oxford looking for a mooring
20. And back to the junction to turn towards Braunston
21. nb Piston Broke
22. Another magic faraway tree... just waiting for leaves
23. nb Winton's Folly in the winding hole
24. Quite a large family
25. Tonights mooring
26. And from the stern 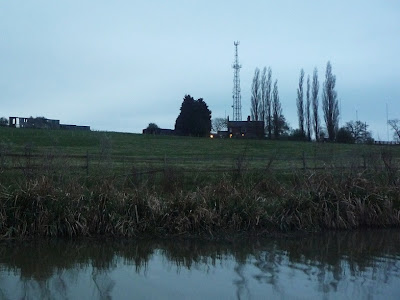 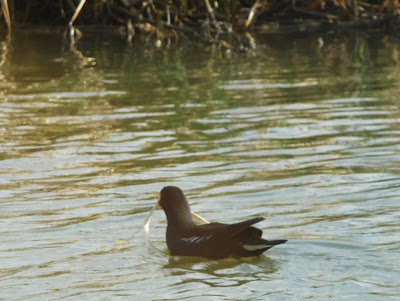 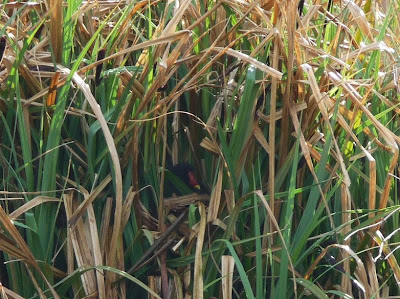 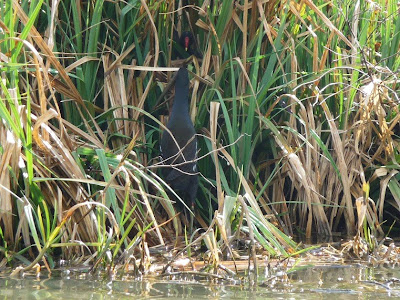 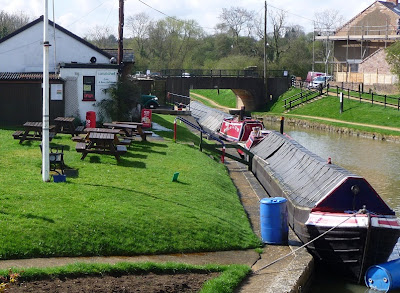 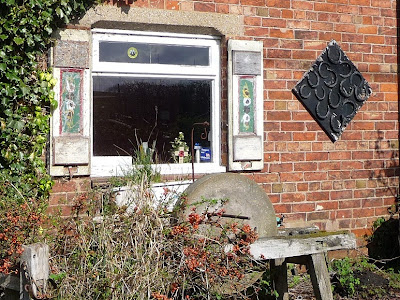 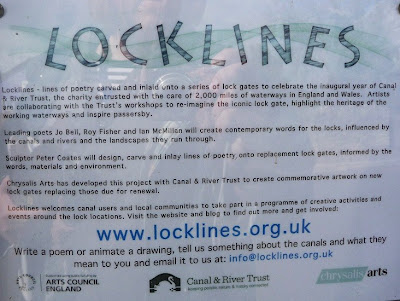 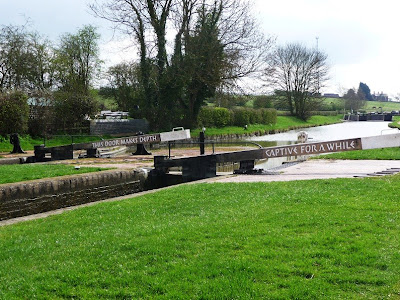 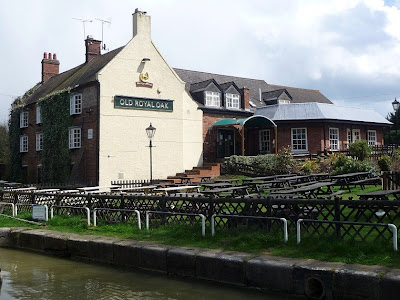 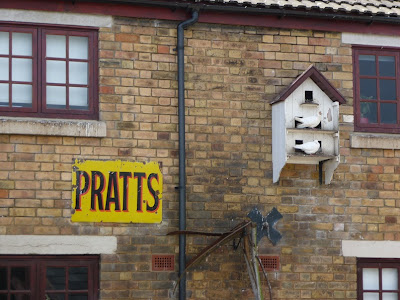 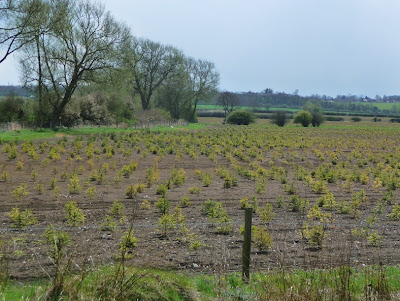 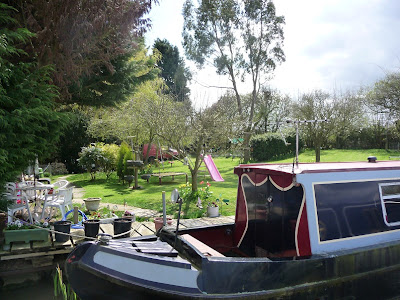 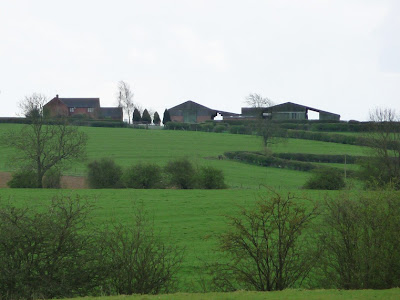 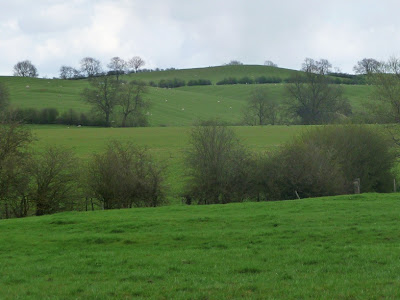 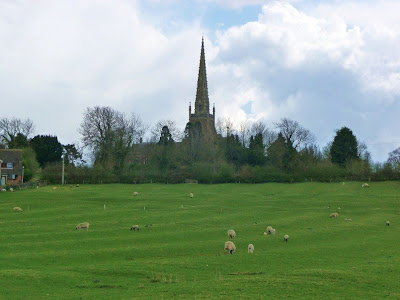 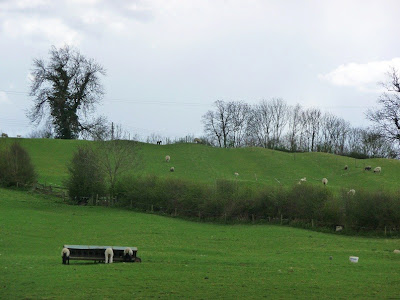 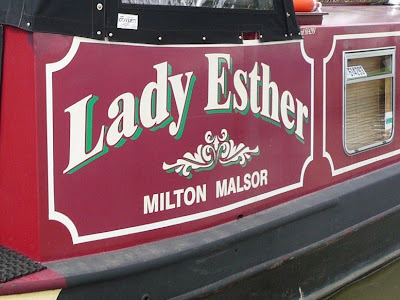 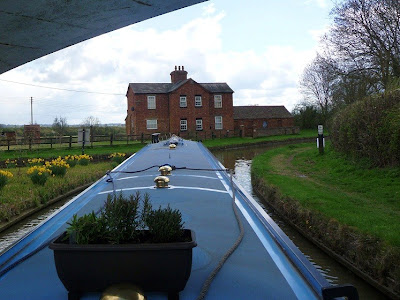 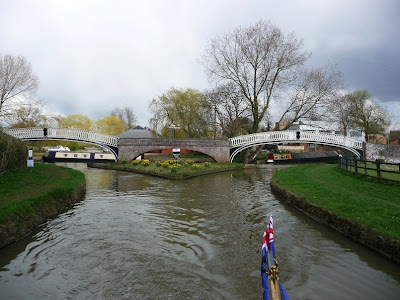 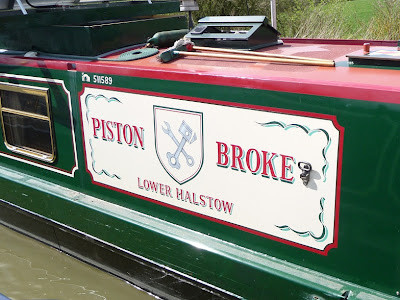 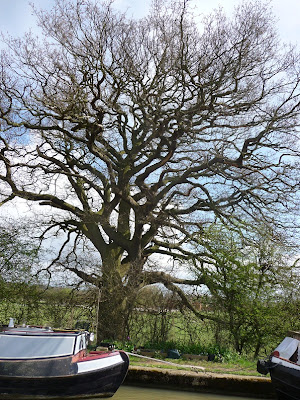 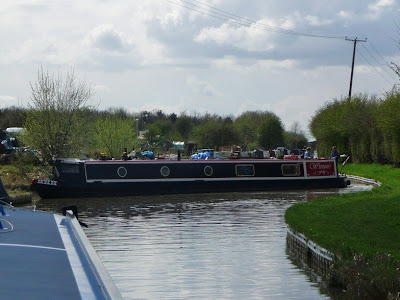 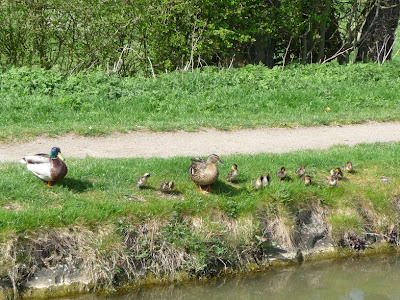 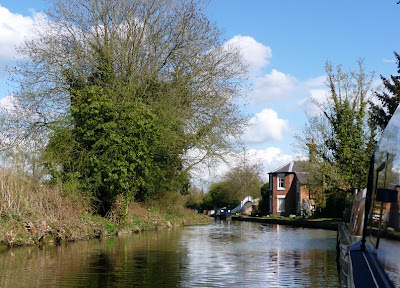 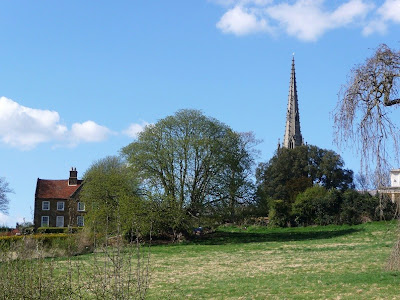