Some moorings are so lovely you could stay there a week, others not so.  Although the Coventry Basin itself was fantastic, it had such a deserted feeling to it.  It wasn't until we were untying the ropes to leave that another boat came and moored in the basin.

This morning we went for a walk to see the old Coventry cathedral that had been bombed during the war.  What a sad sight it is with its walls still standing but open to the sky.  It was a very strange feeling standing inside by ourselves.  We also checked out the stunning church beside it and then down to the Coventry Transport Museum.  It's fantastic that so many of the museums and galleries in England have no entry charge.  We didn't have a huge amount of time to spare but with it being free entry we had a quick look around.  Well worth a visit.

There was some stunning old buildings in the city so I can only imagine how many there must have been before the war.  Coventry was hit hard as it was an important area for engineering and manufacture before the war (quite a car building industry) and was well placed to supply the war effort.  The city was subject to a 13 hour wave of bombing on the night of 14 November 1940.  Such devastation.

Back at the boat we had a bite of lunch and headed off.  We had noticed on the way in that the boat seemed a bit sluggish in the water but figured it may just be the shallowness of the canal.  We had a few times where something scraped along the undersides of the boat.  This morning it felt worse so we pulled over after a little way to check there was nothing around the prop.  All was fine and when we reached deeper water she felt back to her usual self.  Thank goodness.

Although we enjoyed the visit to Coventry, the canal leading there isn't a pleasant cruise.  It's strewn with rubbish, the canal has many shallow patches, and there's a general feeling of neglect.  We're glad to be moving on.

We got yelled at by a fellow moored on the side of the canal for going past him too fast!  Goodness, we always slow well down but apparently tickover was too fast.  We'd be yelling out at every second boat that passed us if this was the case.  Maybe it's sport for him.

At Hawkesbury Junction we had to turn onto the Oxford Canal and as we approached the bridge where we'd have to turn under, a dark haired lady was waving furiously from the bank.  At first I thought she must be waving at someone else as she wasn't familiar.  But glancing around there was nobody else she could be waving at.  As we got closer she yelled out "Elly!!".  Hmmm... wonder who it could be.  She called out that she was Lesley from Melbourne.  Lesley had contacted me last year before we sold our house and we've emailed a few times since then but I had no idea what she looked like.  We had to get off the boat to go through the funny little 6 inch stop lock so had a chat with Lesley and Howard who have only been on their boat a few days.  Ohh..... to be reminded again about those traumatic first days aboard.... trying to learn how everything works.... dealing with things that don't work.... shopping for the myriad things you need when you first start out.  Goodness, we almost feel like old hands now.  Not quite!

Barry and Carol had hoped to be in Rugby by tonight but with us not leaving until lunchtime we didn't quite make it.  We ended up deciding to moor at Newbold after the tunnel.  We filled up with water, found moorings along the very full stretch after the Barley Mow pub and went to the pub to collapse in a chair with a drink.  It was after 7pm and had been a very long day and we were all so tired.

This was our first night that we had to use "pins" to moor up.  We had to rummage around to find them!  We also got to use the Sainsbury's shopping bag pin covers sent to us by Angie on nb Lady Esther.

Photos from todays adventures :
1. & 2. Lovely old buildings in Coventry
2. - 4. The shell of the Coventry cathedral
5. Bus at the Transport Museum
6. Model of an ornate gypsy caravan
7. The Coventry Basin
8. nb Winton's Folly heading out of the basin
9. - 11. Rubbish and graffiti along the canal to Coventry
12. Lesley mid-sentence
13. A pretty rural scene
14. One of the many iron bridges
15. Entering the Newbold Tunnel
16. And nb Winton's Folly following
17. Carol testing out the seat in the pub
18. The mooring pin covers in action 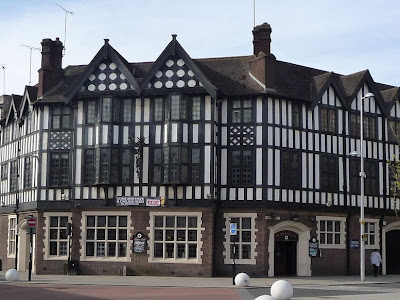 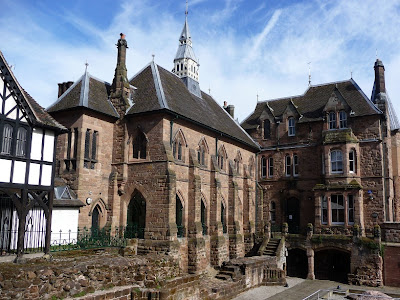 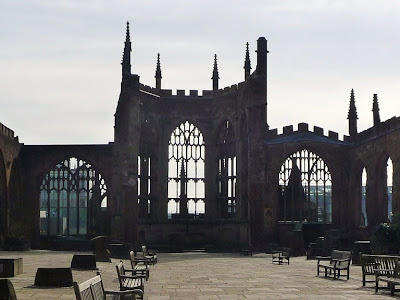 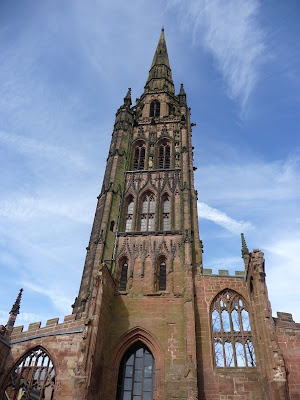 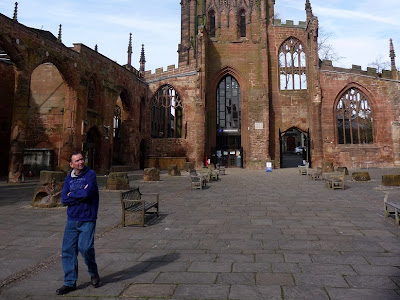 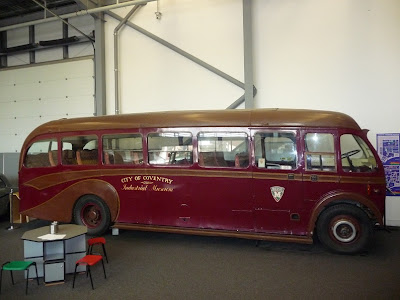 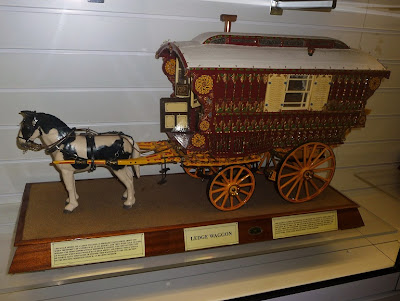 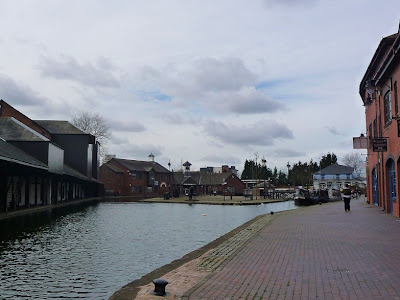 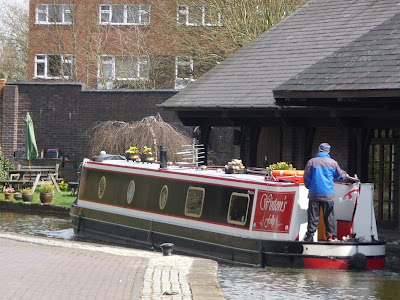 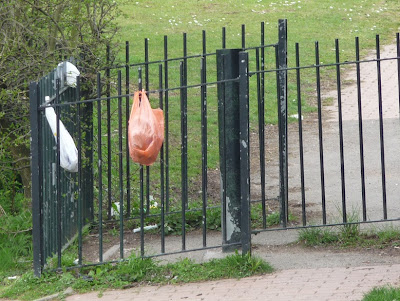 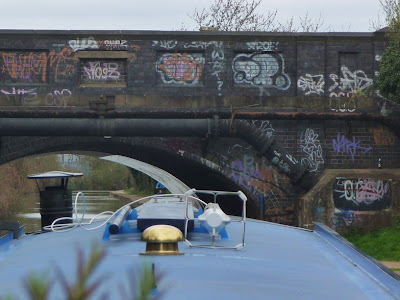 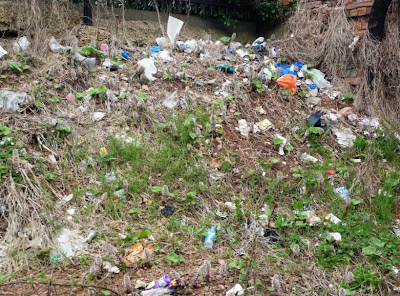 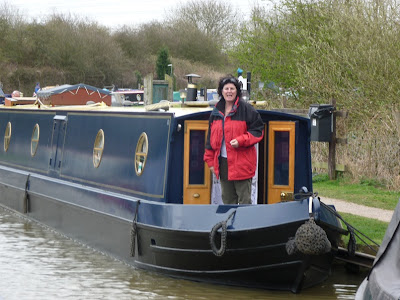 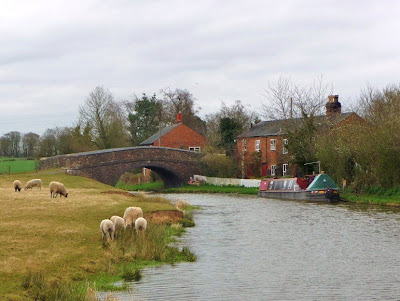 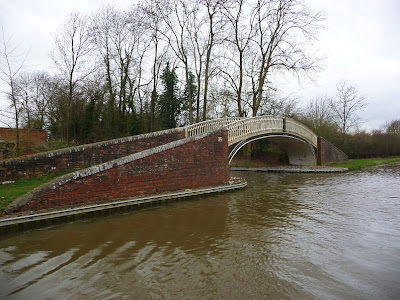 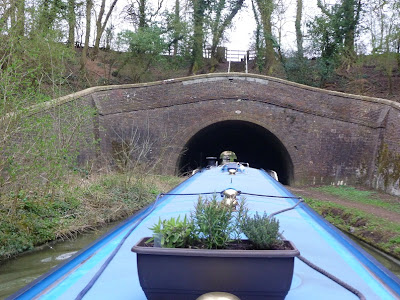 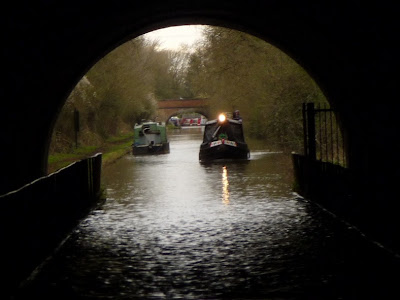 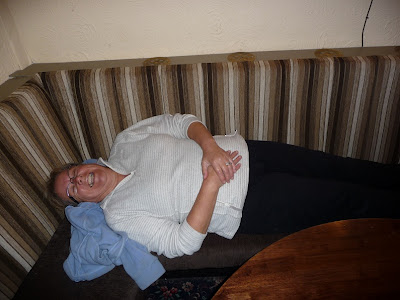 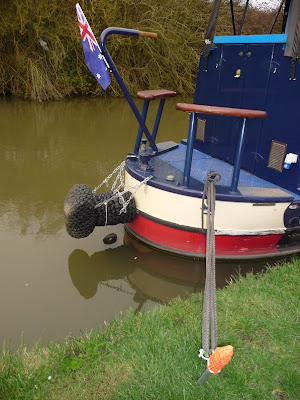