** Help needed : we are having problems with our tv reception.  I don't know if it's just a bad area for it or if there is something wrong.  We've had great success for 6 months now with our "omni-whatever-it-is" aerial.  Now for the last few days when we tune the tv we get signal strength of 70% or so but either no channels, or a few channels that are then so bad we can't watch it anyway.  Barry and Carol cruising with us have an old style aerial and no signal booster and they still get tv.  Any suggestions? **

We walked back up the hill to the village of Hartshill in the wind late yesterday for dinner at the Malt Shovel. There was amazing views from the road leading up from bridge 31.  Our canal guide said to use that little road as the other is very busy with no walkway. Such a shame that Spring is so late.  The road was lined with bluebells but not a flower to be seen yet.

When we'd walked up to the pub earlier in the day to book a table we were lucky to get one... and on a Wednesday night!  It was full at lunch time and it was full at dinner time.  Obviously very popular.  Not the cheapest pub meal but the meal at the Malt Shovel was good.  By the time we were walking back the wind had increased.  The boat was rocking and rolling and the noise of wind was so loud!  It went on all night. We were moored just before the British Water... or should I say CaRT depot.  There's some fantastic old buildings there including a very pretty cottage by the bridge.

Mick was feeling a little off colour this morning so went back to bed for a little more sleep.  Most unlike him.  While sitting at the dinette sorting through some photos I saw the covered length of a working boat passing the window.  It said G.U.C.C. and I thought I knew who it might be... nb Hadar.  I gave Jo and Keith a wave through the window.  I haven't had time for reading blogs lately or I might have known they were heading our way.  We met them at Stoke Bruerne in our first couple of days in the UK - before we'd even laid eyes on nb Parisien Star.

This morning we moved up to the BW yard for water.  It was a battle in the wind and I could barely hold the boat against the edge long enough to get a rope around a bollard.  We ended up tying bow and stern ropes as well.

There's very pretty countryside down in the valley visible from the canal on the stretch between Hartshill and Nuneaton.  We passed a small marina called Springwood Haven.  What a lovely little place....... very picturesque.  We noticed a boat moored along the canal here that was a little unusual in it's shape.  The gunwale was higher and the cabin walls shorter.  It looked strange.  Even stranger, as I sit and type this another one of similar proportions just passed by!

We were lucky enough to have some blue sky for a while with the sun in our faces.  But, with the wind still strong clouds blew across again before too long.

We messed around with mooring at Nuneaton while trying to find a spot less exposed to the wind.  We waited for Barry and Carol and had a "mooring conference".  An elderly lady and her daughter stopped to offer advice on the best way to walk into town from the canal.  She was quite chuffed and said "I've walked on this towpath for nearly 90 years and it's the first time I've talked to an Australian!".

By the time we got sorted, walked to Sainsbury's to buy some groceries and came back the day was all but done.  I honestly don't know where the time disappears to.

Photos :
1. - 5. Canal and River Trust yard at Hartshill
6. View from the road up to Hartshill
7. Unusual house for England
8. A peek into the old quarry at the top of the hill
9. A very grand house visible from the canal
10. Blue sky, sunshine, rolling green countryside
11. Very short cabin sides on this boat
12. Mick liked this very old power pole
13. The views  are getting greener 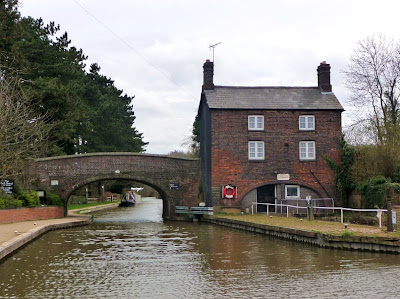 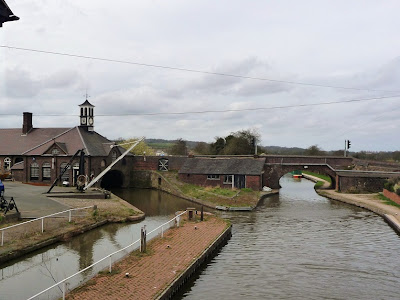 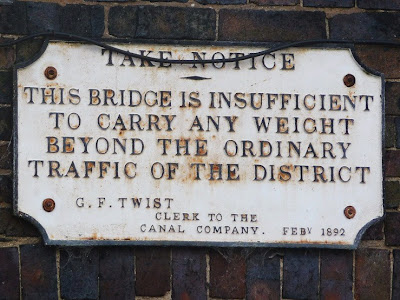 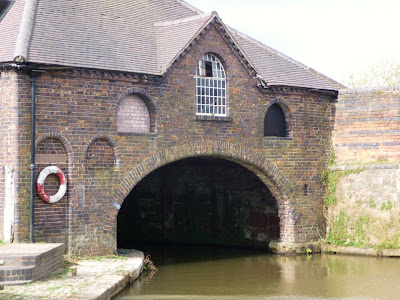 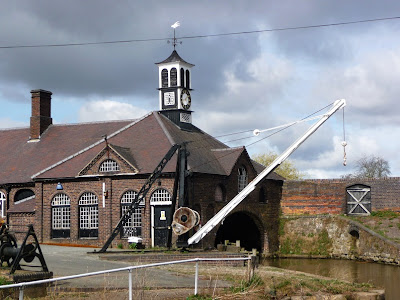 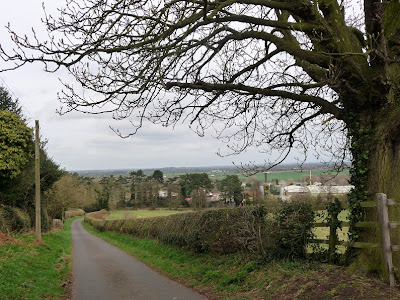 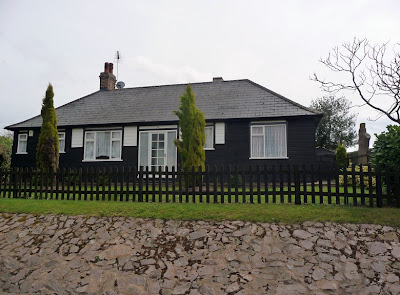 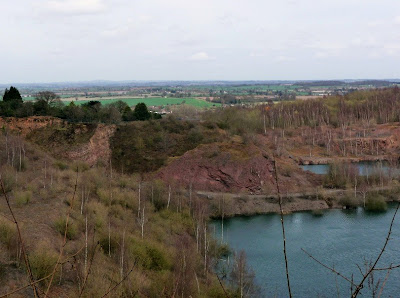 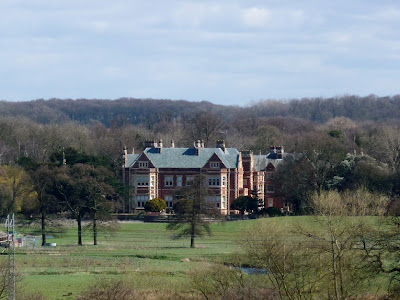 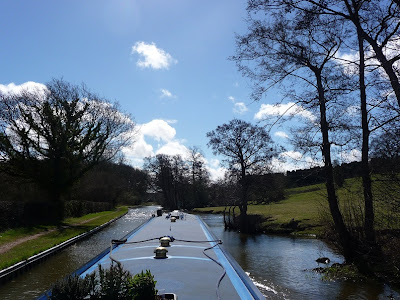 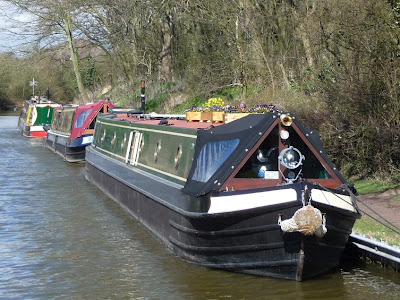 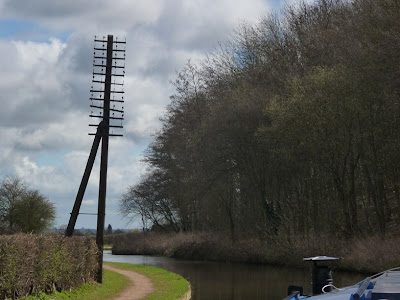 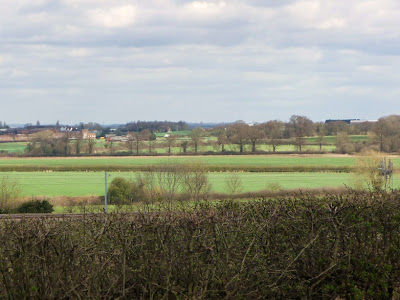 Thanks so much for the suggestion. We've bought a directional aerial and finally have success.
Elly