Back where it all began!  We spent our very first night aboard a narrowboat moored up at Stoke Bruerne and here we are again 6 years later.  We had moored last night not that far before the Blisworth Tunnel so that was the first thing to tackle this morning.  I'm not so keen on the long tunnels and Blisworth is a long one at 3056 yards, or just under 2.8 kilometres long.

On Tuesday we did Braunston Tunnel which is 2042 yards or almost 1.9 kilometres long.  Once we were in the tunnel we heard a strange high pitched echoing noise.  It was coming from nb Winton's Folly... Carol singing along to opera.  So now we have "tunnel opera" to distract us from the depths of these long tunnels.  Today going through Blisworth we must have passed 5 boats.  I wonder what they thought of the noise inside the tunnel?  We figure we know Carol hasn't gone overboard.

We had planned to be on the move relatively early as it's a long weekend this weekend.  Monday is May Day.  Stoke Bruerne is very popular with gongoozlers and the hire base at Gayton has boats coming out on a Friday - just like we did 6 years ago.  We hoped if we arrived before lunchtime we'd have a better chance of a mooring and we were right.  We got a fabulous spot.

Barry and Carol were expecting visitors onboard for the weekend so now they've headed off to work their way down the locks.  We'll meet up with them again in a couple of days time.

Being an extremely pleasant day there's been plenty of gongoozlers, walkers, and folk taking a ride on the trip boat.  We've had people calling out "Aussie, Aussie, Aussie, Oy, Oy, Oy!", we've had people peering straight into our windows and while standing on the back of Winton's Folly a group of people posed in front of our boat to have their photo taken pointing to the name of the boat.  Wonder what that was all about?

Photos from today :
1. There are such amazing canalside buildings
2. Idyllic
3. Moored at Stoke Bruerne
4. Our neighbours
5. There we are in the centre
6. Admiring the view
7. Stoke Bruerne top lock
8. Creative thatched roof
9. Chocolate box thatched cottage - for sale! 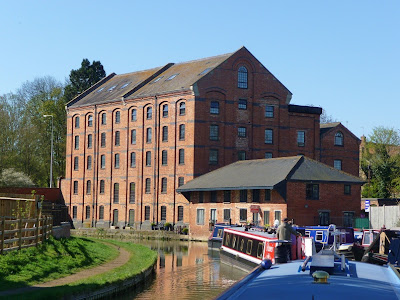 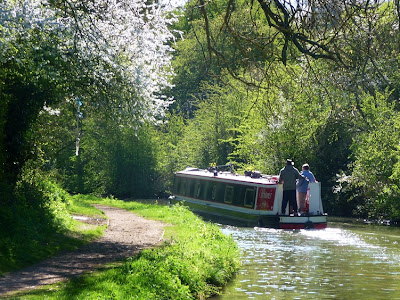 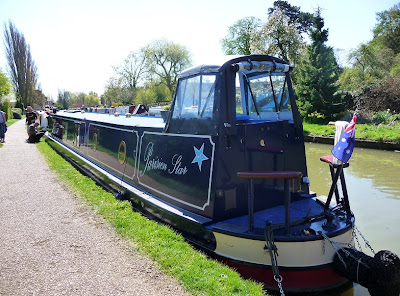 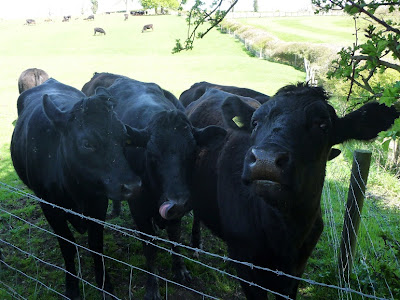 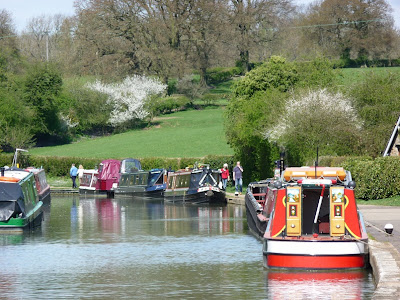 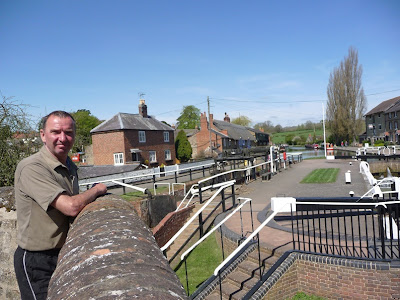 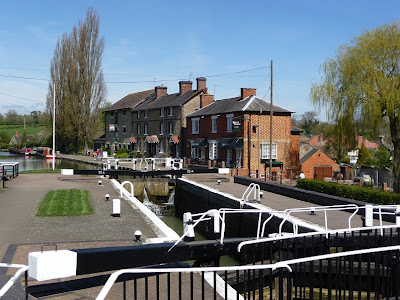 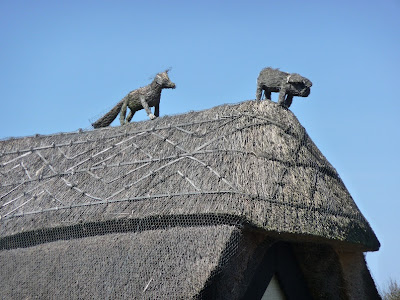 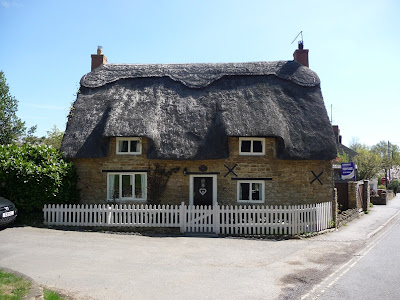