This morning we went for a walk in Fenny Stratford and noticed a Wickes store.  Mick had bought some thick foam insulating lengths at a previous Wickes and cut them into sections to fit around the inside of the go-kart tyres we picked up way back at Red Bull services.  They've been great fenders but tend to collapse under pressure.  The insulation solved the problem perfectly.  We only had enough to do two of the tyres so today we bought another packet today to finish the job.  Then we'll have a set of four.

We had a few locks today, first the extremely shallow little stop lock at Fenny Stratford.  It was fairly busy at the lock with boats coming and going.  The next were 3 locks at Soulbury beside the pub.  Despite the description in our canal guides about the gongoozlers who watch over the locks from the pub, there was hardly a soul in sight.  While Carol stayed back at the centre lock to open the gates, I went up to the top lock to prepare that one.  Just as I was about to open the first gate a boat came around the corner and the lady crew member walked down to where I was standing.  She said to me that I should ask them not to close the gates on the lock below so that her boat could go straight in when they were through this one.  I called out a couple of times to the three of them down at the lock below but they couldn't hear what I was saying.  Carol closed the gate on the side she was on and the woman from the other boat made a snide comment "Surely they can see I'm not part of your crew and that I'm holding a windlass!"  As the boys brought the boats towards the lock entrance and Carol went around to close the other gate, the lady huffed and puffed and rolled her eyes.  She was quite rude and I really didn't know what to say.  I apologized but she was obviously unimpressed that I hadn't done more to prevent them closing those gates.  Feeling quite uncomfortable in her presence and with her obviously not intending to help in any way with the gates on this lock I closed both of them myself, walking around the lock to do so while she stood there looking extremely unimpressed.  I often stay back to help a boat on it's own in a double lock as we're generally not in a hurry but I had no inclination to do so this time!  As we passed her on our way out I said "Bye" but got no reply.  It's the first real negative experience we've had at a lock.

The scenery in this area has been gorgeous.  Pity the weather hasn't come to the party.  It was overcast nearly all day with the sun only appearing about 6pm this evening.

Today's photos :
1. Old building at a lockside
2. Love the birdhouse!
3. Carol waiting for a lock to fill
4. And the boys waiting for their lock to fill
5. - 7. What a view
8.  Waiting patiently
9. A particularly curvy section of canal gave us quite a view of our travel companions
10. Nesting swans 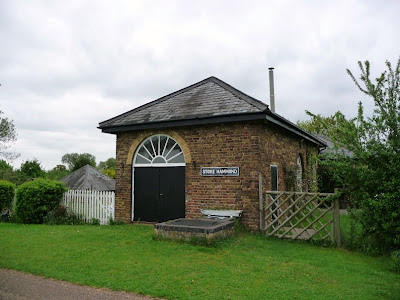 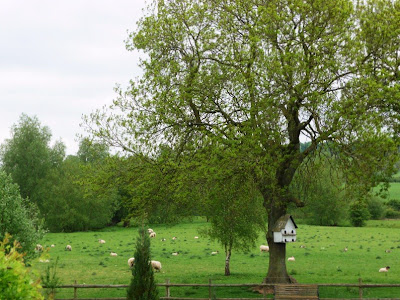 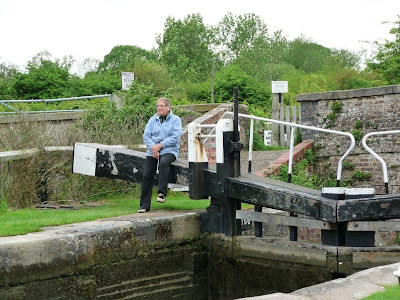 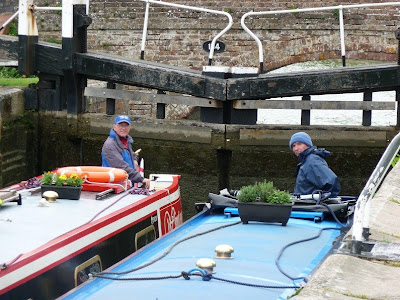 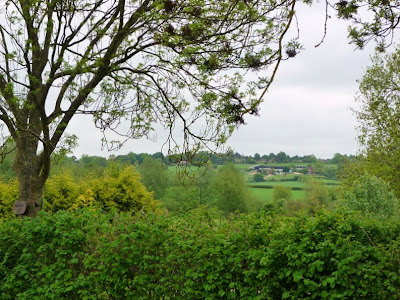 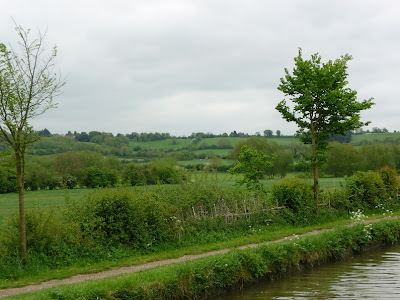 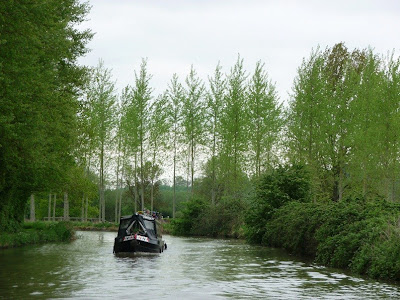 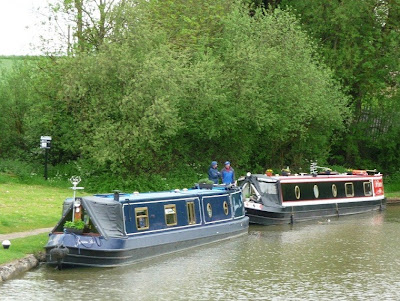 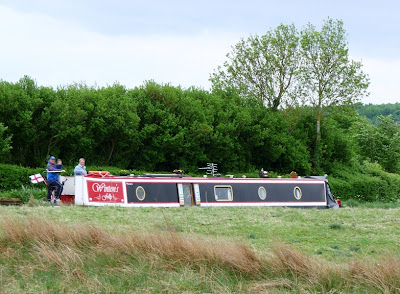 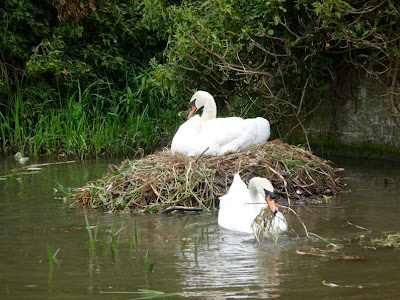