We got up early yesterday to be ready in the marina for 8am for Gary and Dave from Boating Leisure Services to do some work on our boat.  We were moored just outside the entrance.  It was a long day with the back of the boat in bits.  I got some work done but Mick was a little like a caged lion.  The foul weather didn't help.  There were a few things to break up the day.  We'd ordered a grocery delivery from Tesco.  It arrived on time - another great service.  Mick even made up a lasagne for dinner.... with a little supervision.

There was also a boat to be re-launched so work on our boat was interrupted and nb Parisien Star was dragged forward and tied up at a crazy angle to allow space by the slipway.  Over the course of the day we were moved back and forth several times.  By the end of the day the job wasn't quite complete so the boys hooked us up to landline and left us there for the night.  It was the first night we've spent in a marina where we haven't been just looking out at the steel side of another narrowboat.

Another early start and the guys were back to finish things off and make sure it's all working as it should. So now we have a new drive plate, a freshly serviced engine and a spotless bilge.  Dave spent some time with us this morning checking out the Mastervolt system.  It's re-calibrated so we should get more accurate readings of battery levels now.

We're so happy with the service from BLS.  Both Gary and Dave are extremely helpful.  Their phones rang the entire day with people asking advice.  It's great to see them so busy and their business thriving.  Highly recommended.

They were gone off to their next job by lunchtime so we had lunch and then headed off.  Barry and Carol are waiting for us at Cosgrove and we've missed their company the last week.  It was too far to make it in one afternoon so we decided we'd moor up after the Blisworth Tunnel and continue our journey in the morning.  It had been raining on and off all morning and that continued as we cruised.  Mick got his wet weather gear on before the tunnel and just before reaching it the heavens opened and it just poured down.  Doesn't make much difference once you get inside.  At the other end the weather had cleared so we decided we'd continue on and do the first couple of locks of the 7 Stoke Bruerne locks and moor up in the long pound.

I was determined I'd steer into the locks this time.  It was high time I overcame my worry about doing so.  After those couple of locks we decided to continue on and get water at the bottom lock.  I did fine with the steering with only one wonky entrance.  I had "lurked" in the short pound between a couple of locks and could see in the middle the water was rippling from the wind so kept back from that.  Mick opened the first gate so I headed forward and then he decided to walk all the way back around to close the paddle on the open gate rather than opening the second gate first.  I had just reached the windy spot and had to stop so got pushed on a crazy angle across the pound.  It wasn't a very graceful entrance into that lock!  I did manage a perfect mooring at the water point.  If only I could do that every time.

Rather than mooring for the night down there at the bottom of the locks we put the dinner in the oven to heat up and continued on to our favourite mooring beyond bridge 57.  So tonight we're watching frolicking lambs.  Lovely.


Lot's of photos :
1. The canal by Heyford Fields Marina
2. And looking across the bridge
3. Marina facilities block and conservatory
4. A "submarine" passing by
5. - 7. A boat being put back in the water
8. Our view for the night
9. - 10. A very pretty outlook from the marina over-bridge
11. There we are in the work area for the night
12. An Aussie boat perhaps?
13. Mick prepared for the Blisworth Tunnel
14. - 15. The rain fell heavily just before the tunnel
16. Back to Stoke Bruerne
17. Beginning the locks
18. The canola getting brighter each day
19. - 20. Lambs outside our window tonight 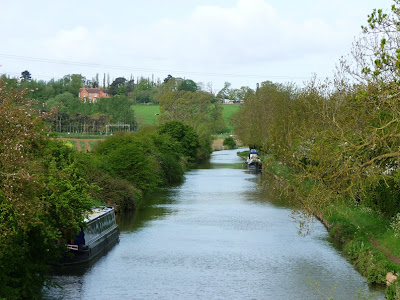 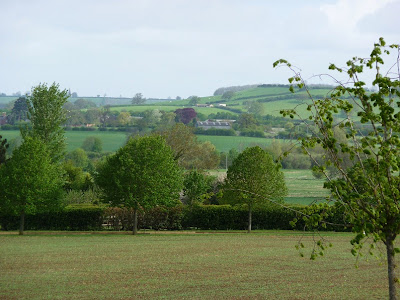 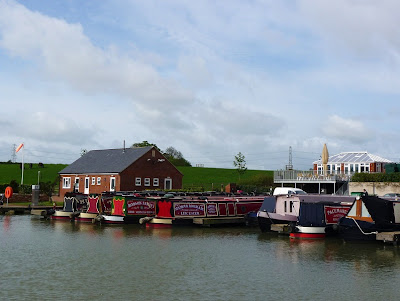 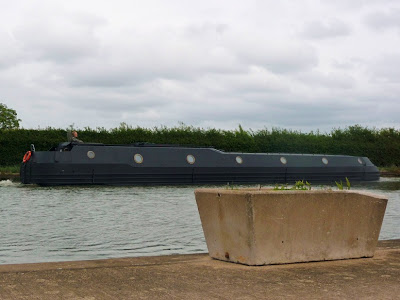 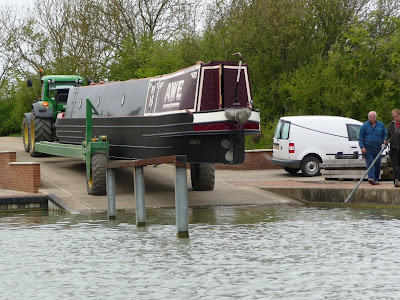 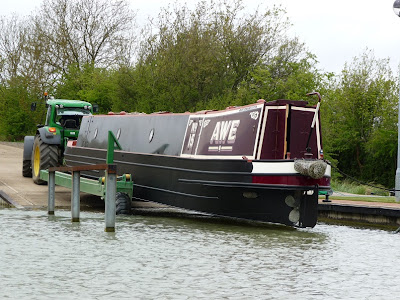 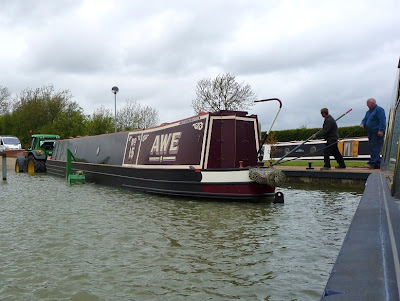 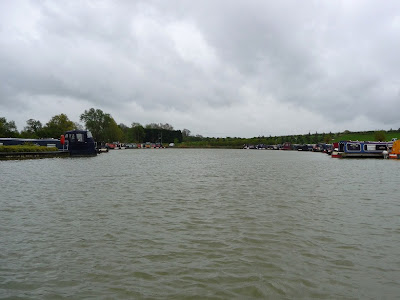 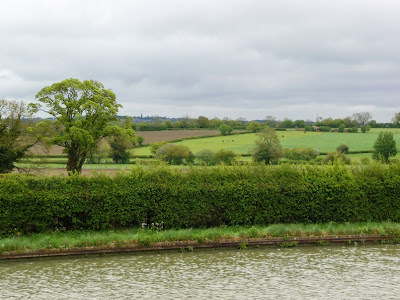 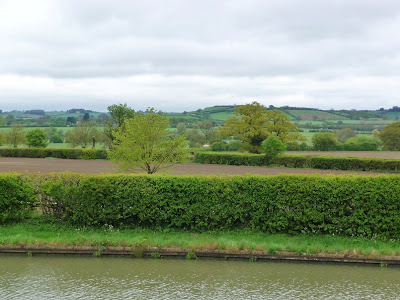 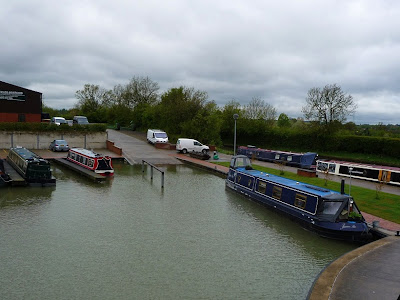 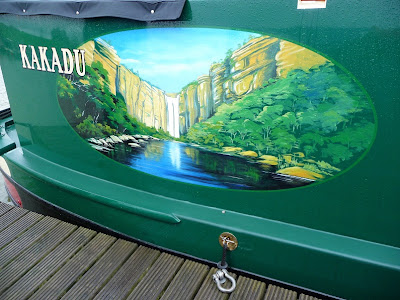 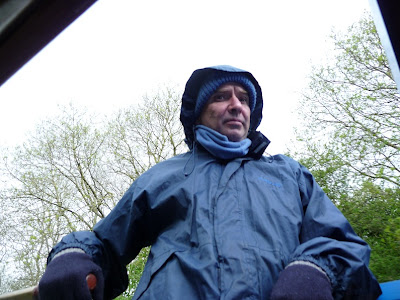 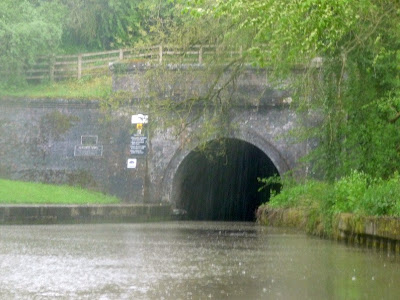 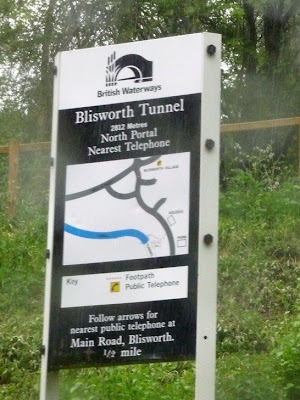 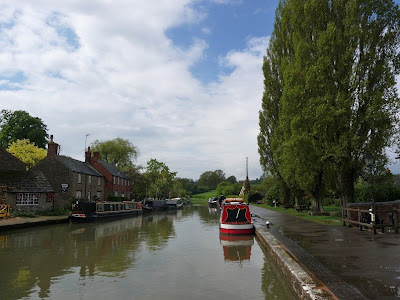 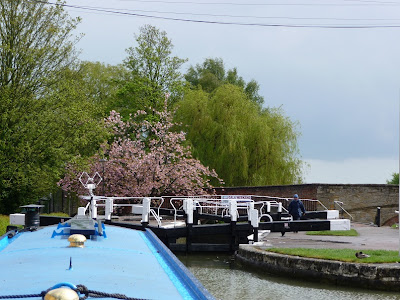 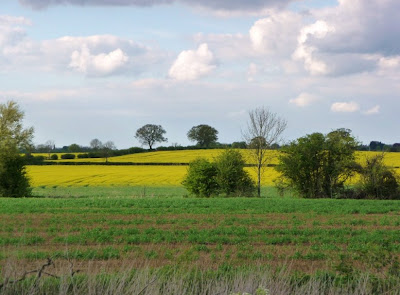 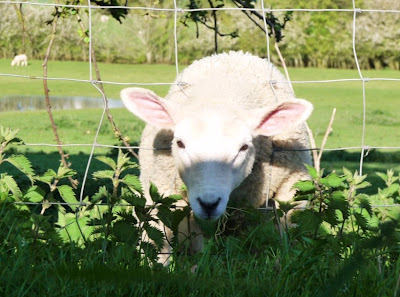 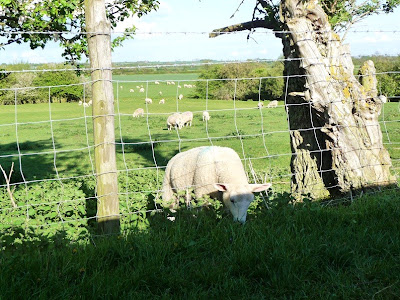