No locks today, just a few miles cruising.  We wanted to stop at Polesworth to check out the village.  We started out early as the weather forecast was for rain but our cruising was in blue sky and sunshine.  The wind was still quite cold and nearing Polesworth there was quite a chill in the air.  The rain didn't come until later so that made life easier.

Along the way we spied the old working boats "Australia" and butty "Kangaroo" moored outside Alvecote Marina.  We've seen them on a tv program some time.  Carol and I were doing some steering practice so Mick was in charge of the camera.  He fumbled with the camera to try and get a photo.  As we passed the other side of the marina a lady called out asking if we were Aussies.  Seems she was too.  It's a bit hard to have much of a conversation while negotiating moored boats but it's always nice to receive a wave from a fellow Australian.

Once we'd moored up - and a very nice mooring it is - we all went for a walk into the village.  It's a pretty one with some lovely buildings.  It also has an old abbey which was worth a visit.  There was an interesting video to watch about the history of the abbey.  With a wedding in process we couldn't see it all but we might make a return visit tomorrow.

The boat moored in front of nb Winton's Folly have a friendly labrador.  Mick couldn't resist throwing the dog's tennis ball a few times and ended up covered in canal slime.

This afternoon Mick went to check out the site of an old boatyard while I worked.  Before dinner we spent a pleasant hour or so in the pub by the bridge with Barry and Carol.  All up.... a great day.


Photos :
1. Pooley Hall - a lovely view from the canal
2. "Australia" and "Kangaroo"
3. "Australia" and "Kangaroo"
4. Very ornate entrance
5. A very American style diner
6. The gatehouse of Polesworth Abbey
7. And from the other side
8. The vicarage
9. The adjoining building at the gatehouse
10. Front of the abbey
11. Gardens at the rear
12. Little guy beside the abbey gardens 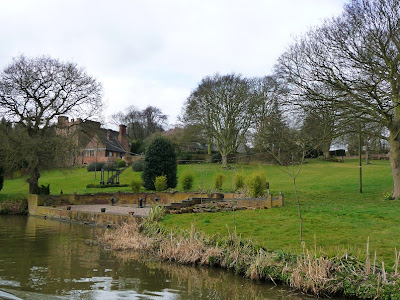 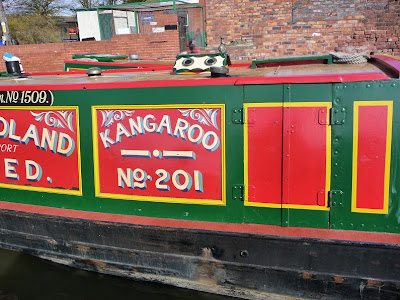 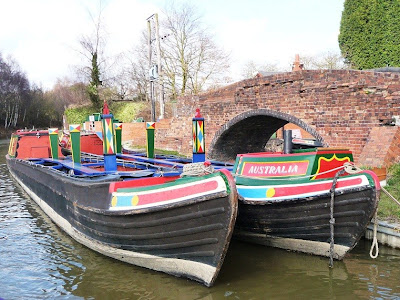 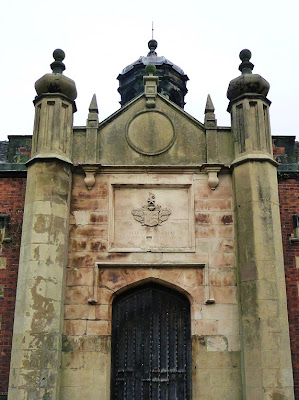 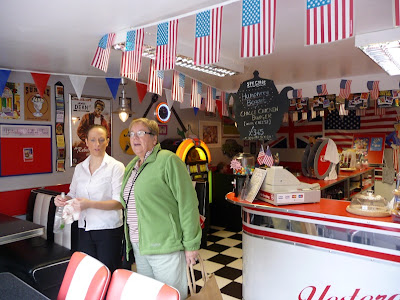 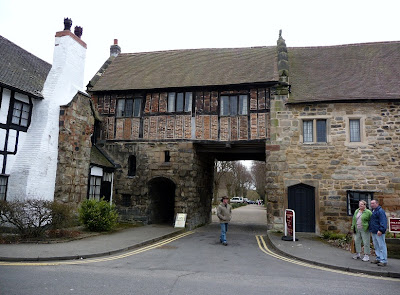 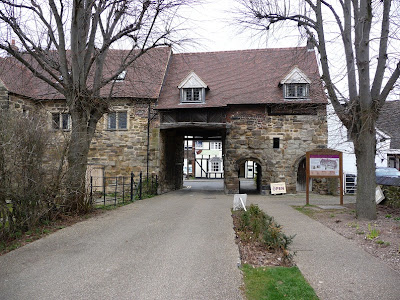 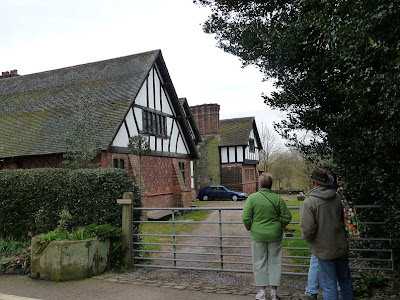 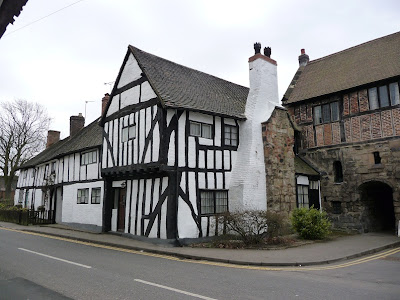 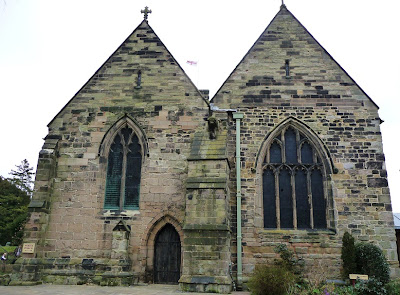 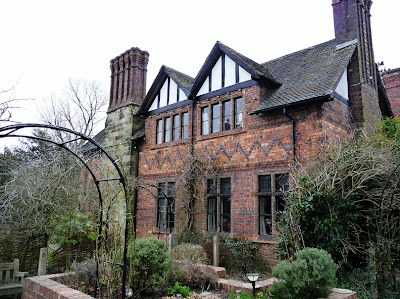 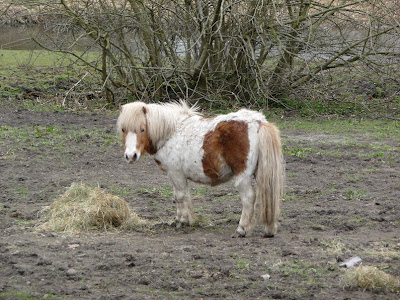 Did you walk up the hill to see that, what-ever-it-is on the top?

No. We didn't see the "what ever it is"! I'll ask Barry and Carol if they saw it. Pity... we're heading off first thing tomorrow.
Elly