Just a very short hop today so a relaxed day.  It was raining when we woke.  We had a sleep in and after breakfast a wander around Henley-on-Thames.  What a lovely town it is.  We walked from our mooring to the town centre with a lady who was walking her 13 year old chocolate labrador.  She told us about some of the other events in Henley and how much she loves living there.  Henley born and bred she was.

As we passed a wooden bench seat she pointed it out to us and told us of the fellow it commemorates.  Alastair was an Aussie with a boat called "Australia's Possum" and worked at Oxford University as a porter.  He would come back and forth from Oz and moor his boat up at Henley.  He sounded like a right character and the lady said she went to his funeral when he died in 2007 and the church was bursting at the seams with mourners.

The town has many lovely shops.  We had coffee at Starbucks and checked out quite a few of the shops, picking up bits and pieces as we went.  One shop had heaps of pretty stationery and other bits and bobs.  I bought a little collection to send to my nieces back home.  Just as we were saying we haven't seen an antique store, we turned the corner and there was the teeniest shop front.  But... the shop was packed to the gills with stuff.  It was like an Aladdin's cave.

We returned to the boat for a quick lunch before we set off on our way.  More amazing properties lined the way and we even saw one that was more our scale... a tiny hut on a cute little patch of land with a mooring out front.

Our mooring for tonight is a bit rough around the edges.  We're tied to a tree at the bow.... after a bit of pruning to remove the bits sprouting into our cratch.... and Mick had a go at the stinging nettle at the stern so we could easily get on and off the boat without touching it.

I sat to work a bit and Mick cleaned the outside of the boat and windows on the side facing the river's edge.  Nice to have clean windows!  We have rather fancy neighbours here and it's a nice wide curve of the river.  With an evening of Canasta head, we're all settled in. 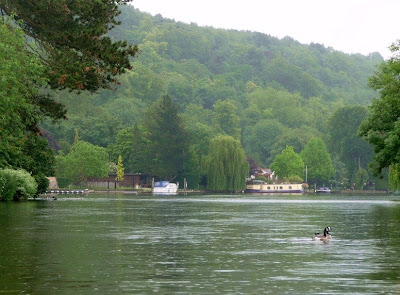 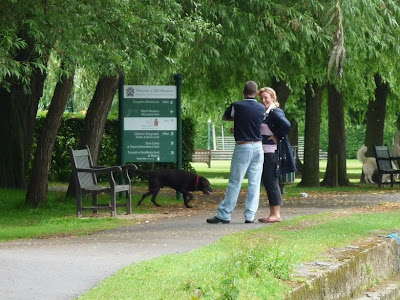 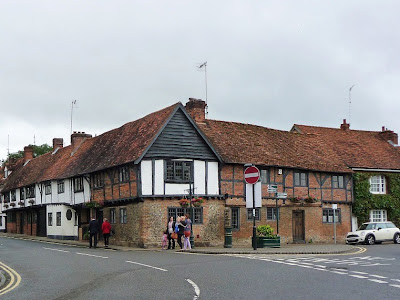 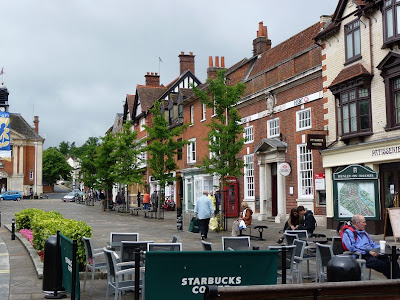 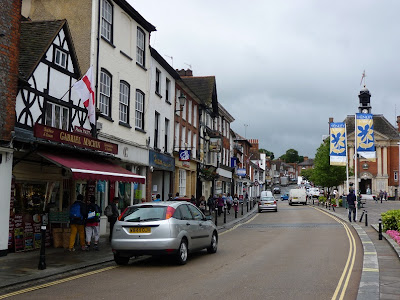 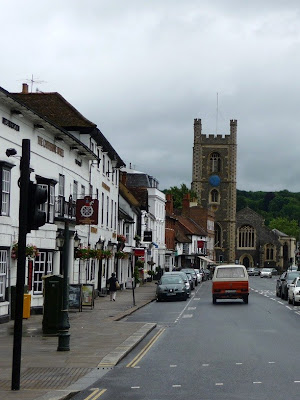 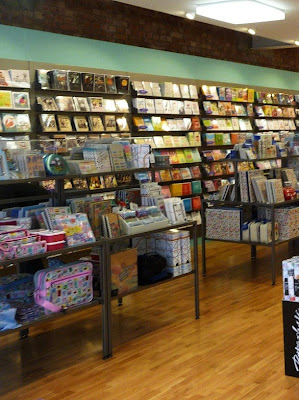 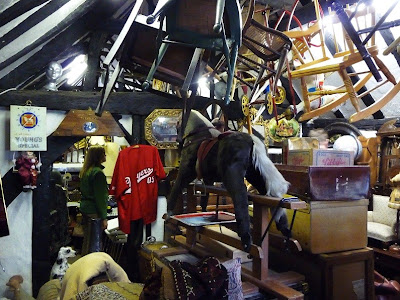 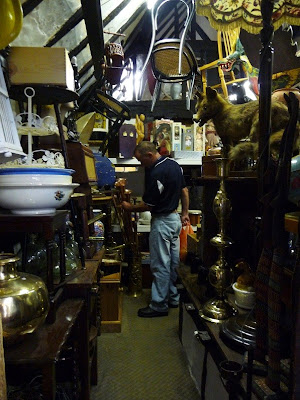 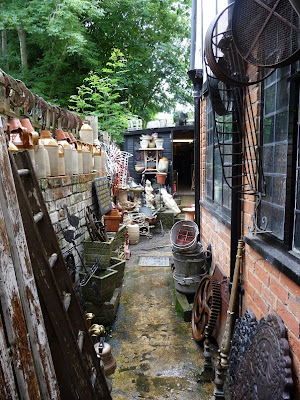 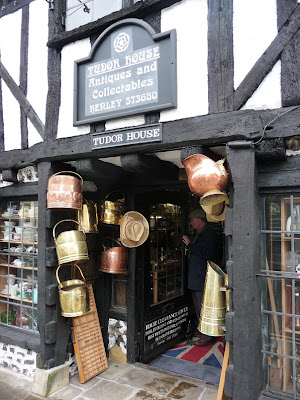 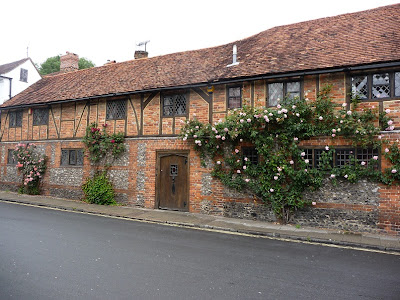 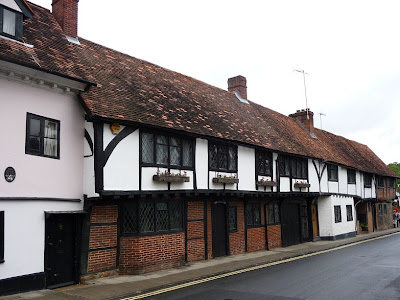 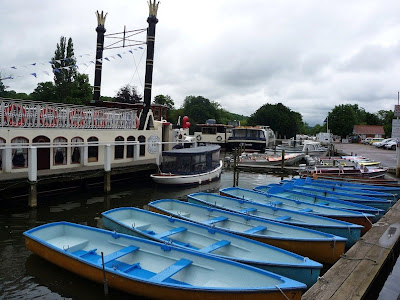 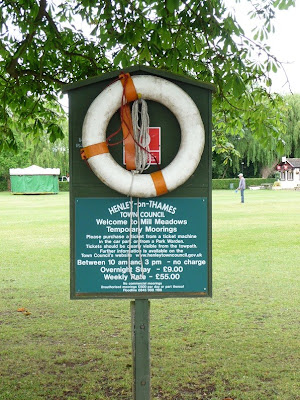 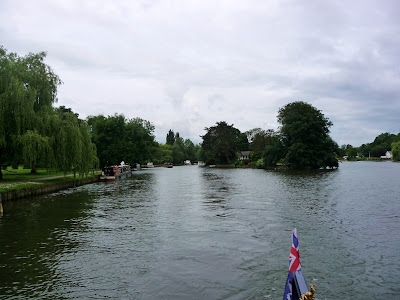 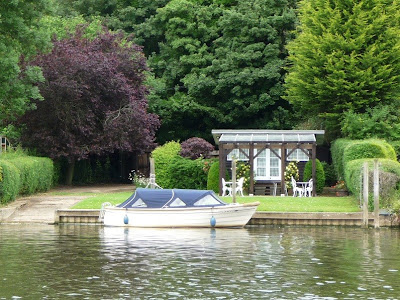 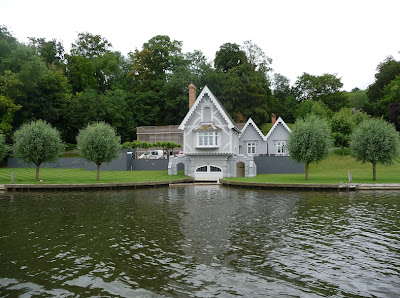 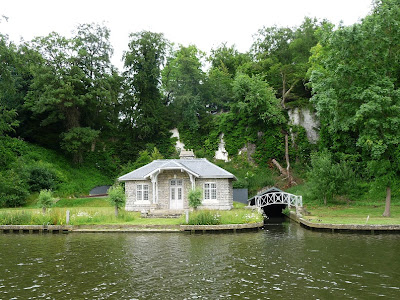 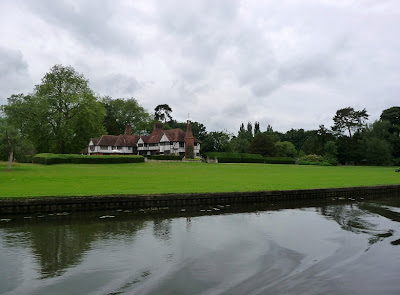 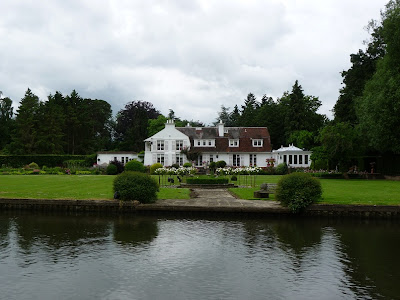 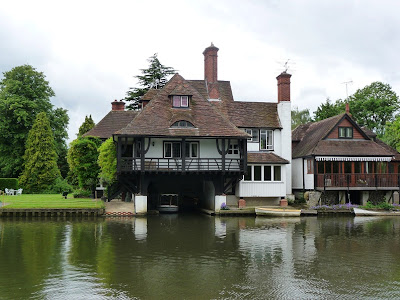 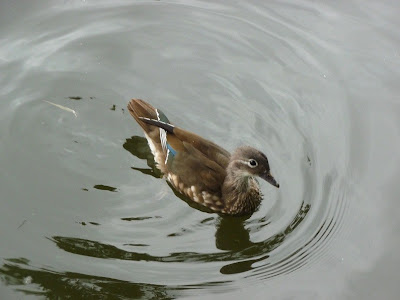 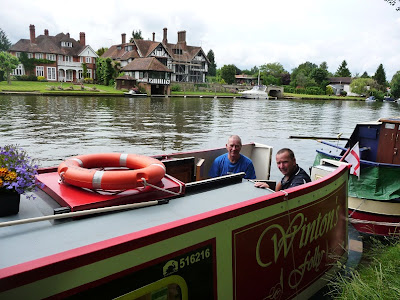 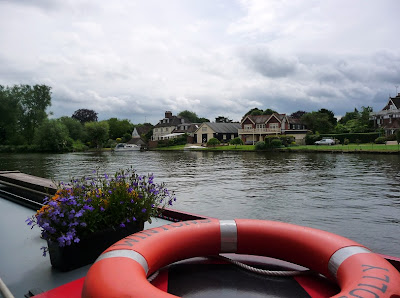 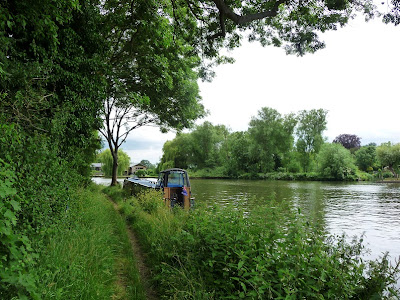 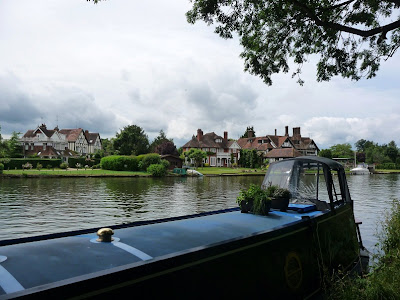 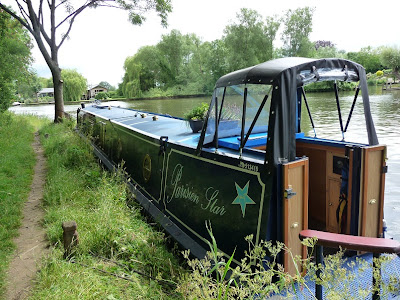